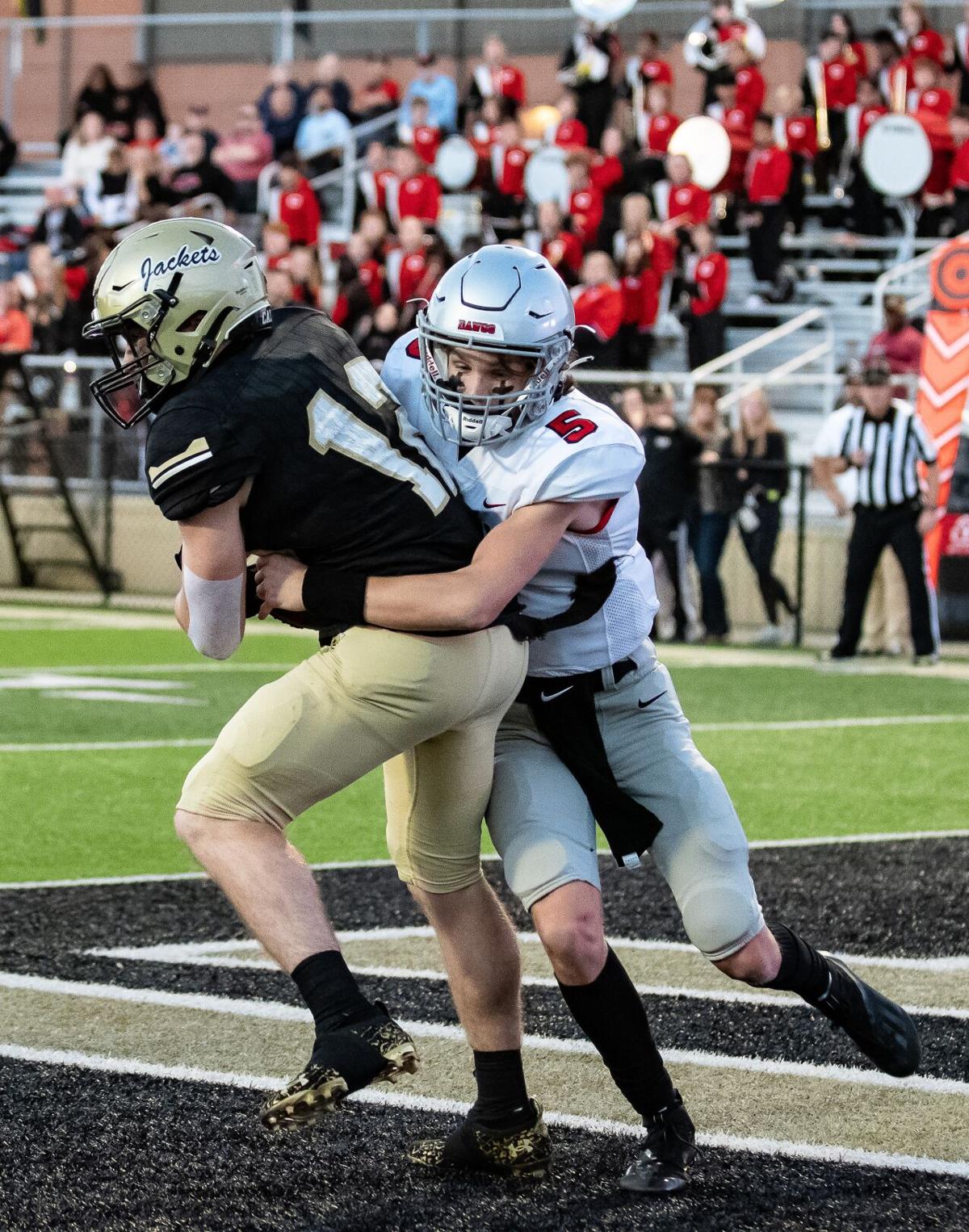 Calhoun receiver Dustin Kerns is wrapped up by Cedartown’s Reece Tanner as he pulls in a touchdown pass during Thursday’s game in Calhoun. 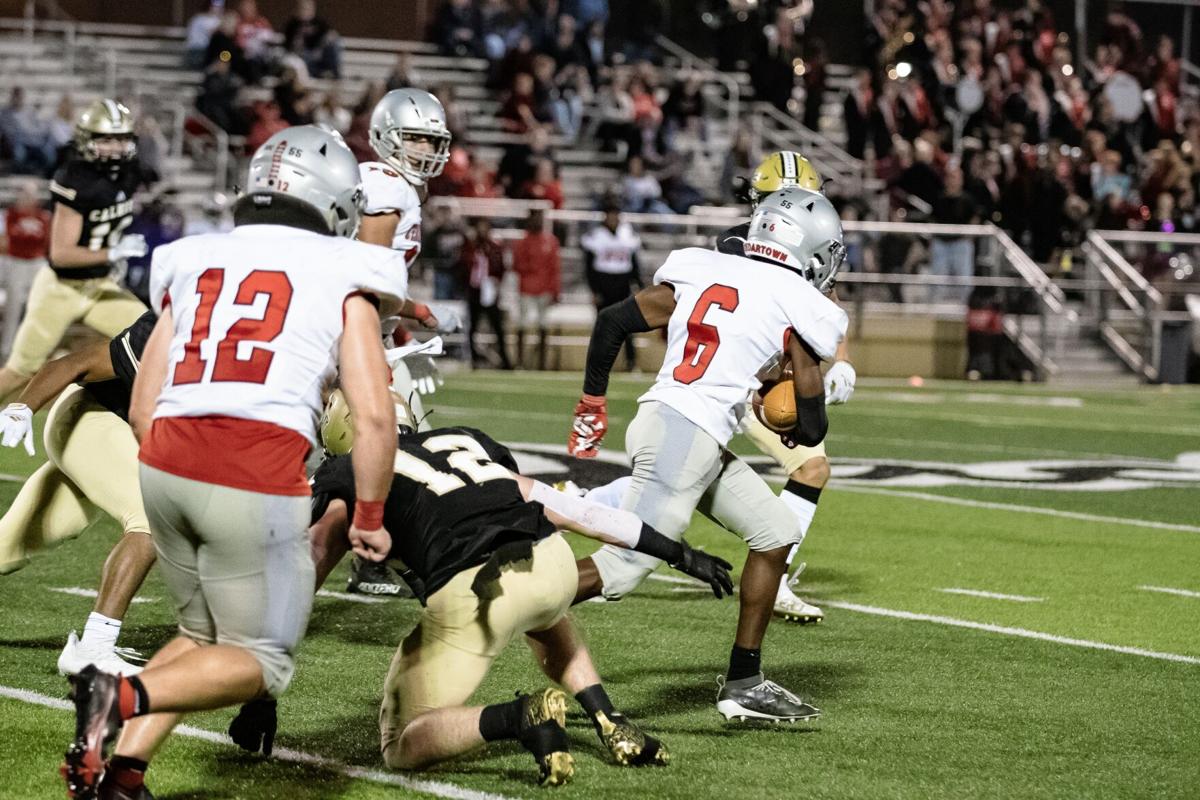 Cedartown running back Khamarion Davis (6) runs through a sizable hole for a nice gain against Calhoun on Thursday, Sept. 23, 2021.

Calhoun receiver Dustin Kerns is wrapped up by Cedartown’s Reece Tanner as he pulls in a touchdown pass during Thursday’s game in Calhoun.

Cedartown running back Khamarion Davis (6) runs through a sizable hole for a nice gain against Calhoun on Thursday, Sept. 23, 2021.

Playing in a rescheduled non-region clash against Calhoun on the road, the Bulldogs stood strong early but couldn’t maintain their momentum to fall to the host Yellow Jackets 31-7.

Calhoun set the tone for the night with its first drive, going 69 yards on eight plays. Senior quarterback Christian Lewis threw a touchdown pass to Dustin Kerns giving the host a 7-0 lead with 8:45 left in the first.

Cedartown answered with a 13-play, 52-yard scoring drive of its own, converting a fourth-and-one at the Calhoun 16 to keep it going. On a first-and-goal at the one, junior quarterback Reese Tanner bulled his way in for the score and the game was tied with just over two minutes left in the first period.

A scrappy Jackets defense kept the speedy Bulldogs out of the end zone the rest of the night however while the offense went on a 24-0 run over the duration of the game.

The home team took the lead for good on their second possession with a nine-play, 80-yard drive capped off by a Sergio Sanchez 37-yard field goal when things stalled at the Cedartown 20.

The Jackets would add a final touchdown just before the break when the teams traded fumbles and Calhoun took over near midfield.

Calhoun (4-1) gave itself some breathing room early in the third quarter, as a swarming defense got Cedartown off the field to start the second half, but a rolling punt pushed the Jackets back to their own 3.

On third-and-long just past the Cedartown 5, Lewis found Quin Smith a couple of steps behind the Bulldog’s defense for a 95-yard touchdown that made it 24-7 with 8:18 to play in the third period.

Cedartown (3-1) then put together its second-best drive of the game. Relying on the running of senior CJ Washington, the Bulldogs kept it on the ground for 11 straight plays and traveled from their own 35 to inside the Calhoun 20 before an incomplete pass on fourth down forced a punt.

Calhoun’s last touchdown came after another fourth down incompletion ended a Cedartown drive at the Jackets’ 37. After a six-yard run on first down, Williams went 57 yards for a touchdown that made it 31-7 with 7:18 left in the game.

Cedartown will regroup as the Bulldogs begin Region 7-4A play Friday at Pickens, who is also 3-1 with wins over Commerce, Coosa and Union County.

Q and A: Can I get a booster shot now? And which one should I get?

Back from long road trip, Kraken regains focus and keeps it simple in first home game