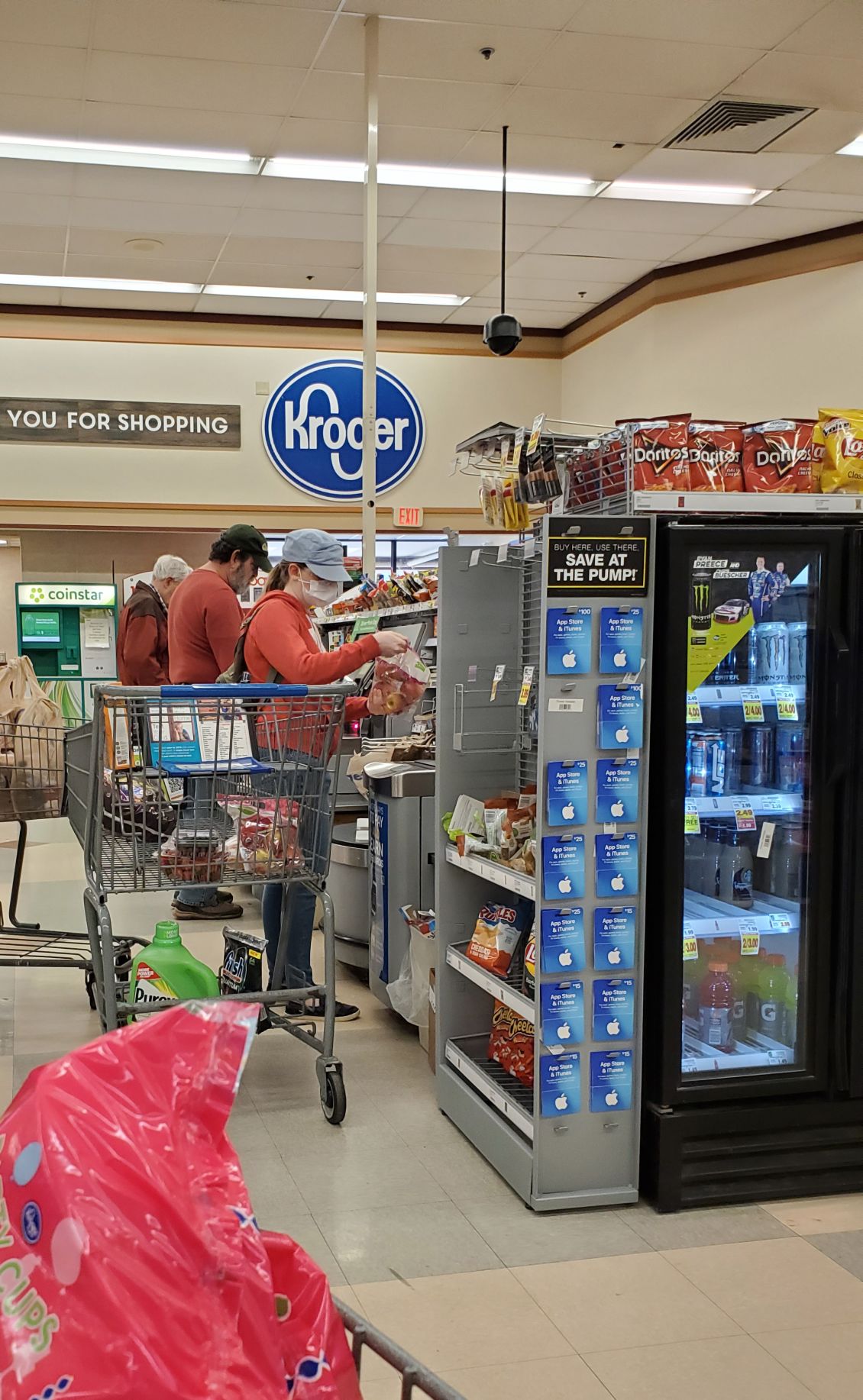 Some shoppers at Kroger were taking extra precautions locally to avoid any contact with someone who might be carrying COVID-19 unknowingly. 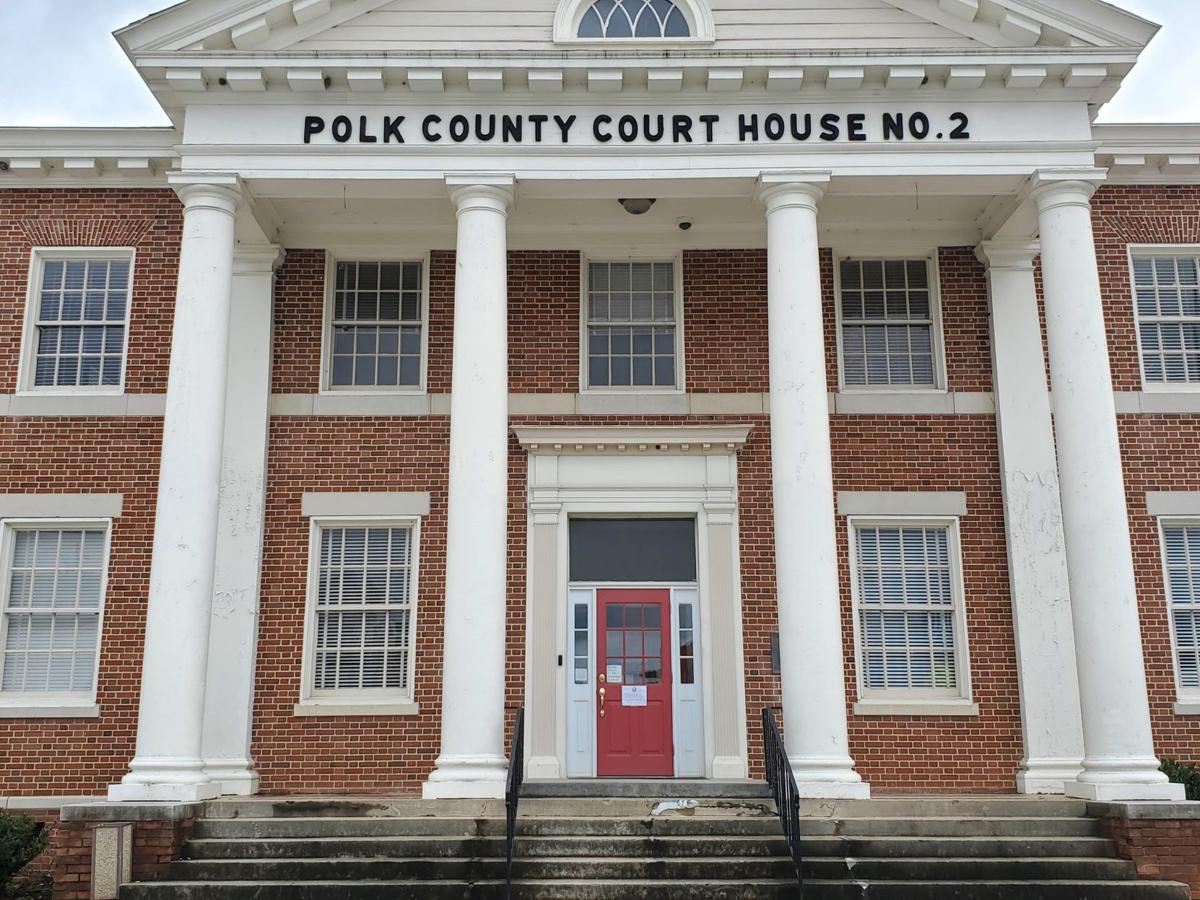 Polk County Courthouses were closed to the public and will remain so through April 13 as the nation continues to deal with the outbreak of COVID-19.

Some shoppers at Kroger were taking extra precautions locally to avoid any contact with someone who might be carrying COVID-19 unknowingly.

Polk County Courthouses were closed to the public and will remain so through April 13 as the nation continues to deal with the outbreak of COVID-19.

Many of the local government offices that Polk County is used to utilizing, along with schools and courts, are closed for the time being as the nation deals with the outbreak of the Coronavirus COVID-19.

Polk County’s government offices and facilities, the City of Cedartown, Rockmart and Aragon are all closed for the time being — along with the local libraries, the Polk County Historical Society’s museum and Hawkes library, the Chamber, the Development Authority... the list could go on and on.

For now, people are following the guidelines of local, state and federal officials on a day-to-day basis as more is learned about COVID-19, and the spread continues to rise. Banks have turned to drive-thru teller service and appointment-based business. Local restaurants have become take out or delivery only, but nothing as of Friday was being mandated locally or on the state level to close down completely.

Additionally, days out from school were extended through the end of March to April 13 with an announcement following the decision of the district to shut down.

Youth will return to the classroom after the week long Spring Break after Superintendent Laurie Atkins received further guidance from the state on closures through March 31, and determined it would make no sense for youth to come back to school for only three days of class and then be off again.

That plan remains the one in place as of Friday, unless otherwise directed to remain closed until further notice by state and federal authorities.

Late in the week, it was announced that all standardized testing will be called for 2020 for all students in the district.

Atkins did provide some positive news, citing great participation so far in distance learning opportunities provided to students district-wide during the COVID-19 closure. She said many are utilizing opportunities through online video conferencing and other web resources to complete schoolwork while at home, but also that the traditional pencil and paper method is in place as well.

“I have to praise the parents and guardians at home with our children right now for stepping up and ensuring their youth are learning, even though they might not have any teaching experience of their own,” Atkins said. “It makes me proud to be a Polk County citizen to see the way that everyone is working together, and I’m proud of the county to know that we all have each other’s backs.”

Nationally, the response to COVID-19 has evolved by the day. As of Friday, Governors in California and New York called for complete shutdowns of their states — some with the highest concentrations of cases through the United States as the numbers continue to rise.

Locally, Polk County registered four cases of COVID-19 — one previously reported and was being treated at Floyd Medical Center in Rome. No information was immediately available on the additional cases that had been reported as to where they are from in the county, due to HIPPA regulations. The case number throughout the state as of noon Sunday was 600, with 23 deaths reported at that time.

Only numbers of those who have been tested and the numbers have come back positive are being reported. The state had tested more than 4,000 people so far.

One of those was in Floyd County, reported as Elizabeth Eugenia Wells, 65, of a Woodrow Wilson Way apartment. She had been admitted on March 7, and tested on March 12. Her death was reported on March 19.

In the area, case numbers were up to 40 in Bartow County, 45 in Cobb County, 6 in Floyd, 3 in Paulding and thus far none in Haralson.

However, 24 cases are currently unknown at this time where their residency is located. That information was as of 11:30 a.m. on Friday, and numbers are expected to continue to increase as more testing capabilities are made available. Nationwide, case numbers were up to more than 15,000 and rising, with more than 200 deaths.

It has been reported in every state, and the District of Columbia, Puerto Rico, Guam and the U.S. Virgin Islands.

Here are some additional responsive measures taken in the past days ahead of deadline:

♦ The borders with Canada and Mexico were both closed amid attempts to curtail the spread of COVID-19 between countries. U.S. Citizens who were abroad were urged to come home or have to stay in place. Those closures were set to go into effect on midnight of March 21.

♦ The due date for tax payments to the Internal Revenue Service was extended to July, and Federally-subsidized student loan interest was frozen for the time being.

♦ The Federal Reserve chair in an attempt curtail market panic dropped interest rates to zero percent. Those attempts did not help much as drops continued through the end of last week, though some gains were reported. The Dow Jones Industrial Average went from 29,219.98 points on February 20 to around 19,000 points by the end of the trading day on March 20. Unemployment numbers had gone up due to the outbreak and closures in several sectors of the economy.

♦ Congressional leaders are working to determine a bailout package to send checks directly to Americans in the time of crisis and provide much needed funds for businesses of all size to operate in a $1 trillion economic stabilization plan, but had not yet passed it at week’s end.

♦ See this week’s edition for more on an upcoming Emergency Blood Drive being held at First Baptist in Rockmart to help respond to a drastically low blood supply nationwide, caused by the cancellation of blood drive events in recent days due to the spread of COVID-19. Officials are taking extra precautions, but need the blood to help those in critical need or need lifesaving procedures.

♦ The federal government mobilized in certain industries to help respond to low supplies of needed materials, like masks, gloves and respirators required for care of those with respiratory illnesses. The Defense Production Act is hoped to help gain required supplies, but that is something to be determined in the future.

♦ Reports from Washington State indicated that medical leaders dealing with the highest number of deaths in the country are set to take a bleak triage strategy with dealing with increased number of cases across the country. Fearing shortages, they may have to determine who can receive complete medical care, and who is beyond help.

♦ Georgia Gov. Brian Kemp determined on Thursday that it was not his decision to make on any shutdowns of businesses in the state, leaving it up to the county and municipal level to determine what should be done to safeguard citizens. As of late in the week, there were no plans in place to close businesses locally.

♦ Stores did remain out of some supplies through the week, like toilet paper. People were also seen around the area going around in protective gear while out and about as all across the country people practiced social distancing.

Be sure to check online on a daily basis for additional updates as they become available on the situation at hand at Polkstandardjournal.com.

AP Was There: Faldo wins a Masters known for Shark tanking

CDC weighs loosening guidelines for some exposed to virus