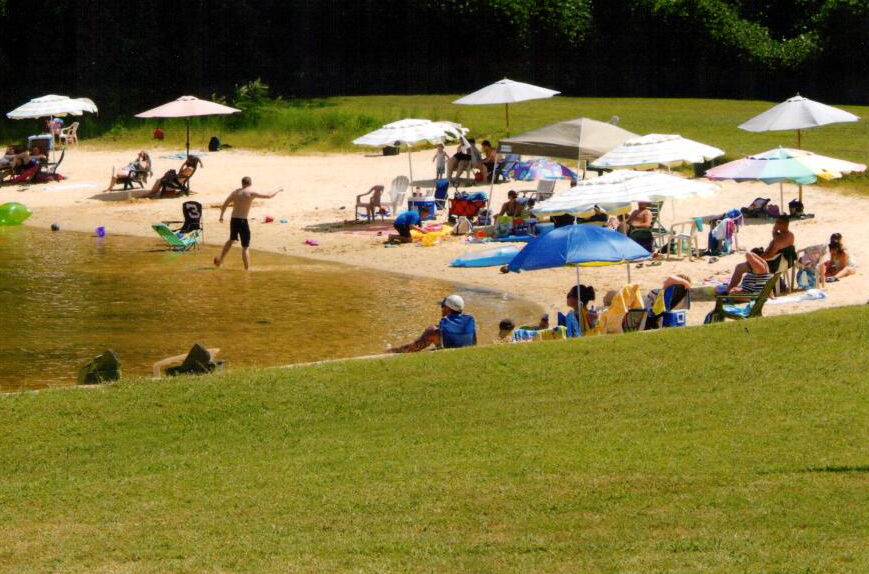 Coot's Lake Beach has been a decades long summer attraction in Polk County, but now the owner Coolidge Hulsey is no longer offering the Memorial Day to Labor Day access for a fee, finally retiring from the business and closing after 55 years. (Contributed by Coolidge Hulsey) 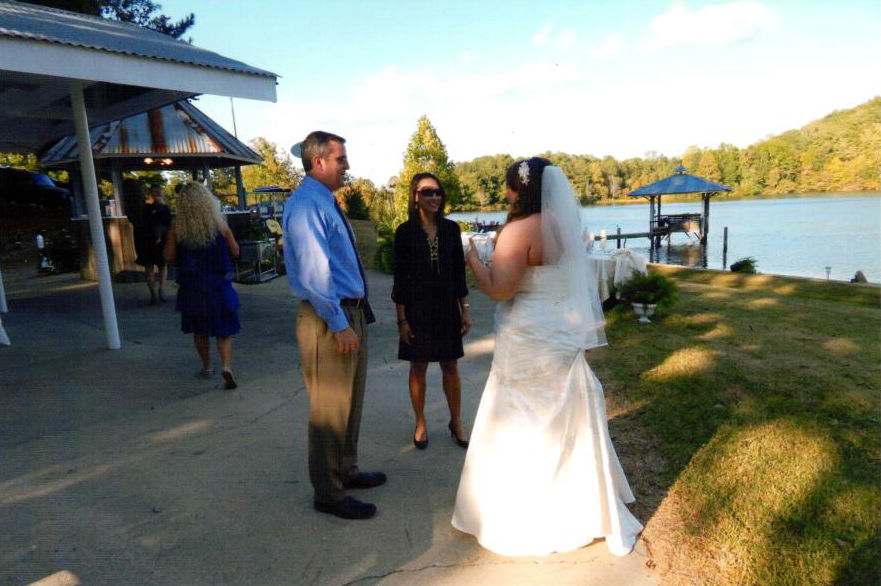 Weddings are one event that will continue at Coot's Lake, which will be available for rental from now on but not open to the public during the summer months. (Contributed by Coolidge Hulsey)

Coot's Lake Beach has been a decades long summer attraction in Polk County, but now the owner Coolidge Hulsey is no longer offering the Memorial Day to Labor Day access for a fee, finally retiring from the business and closing after 55 years. (Contributed by Coolidge Hulsey)

Weddings are one event that will continue at Coot's Lake, which will be available for rental from now on but not open to the public during the summer months. (Contributed by Coolidge Hulsey)

Owner Coolidge Hulsey will continue offering rentals for events, but is calling it quits on daily access.

There have been a lot of people over the past 56 years who have come out on a hot summer day to experience the beauty of Coot’s Lake in Polk County.

Coolidge “Coot” Hulsey, owner and operator of Coot’s Lake, has decided that it’s time to call it quits on offering up daily summer beach access at the property right off Highway 278 east of Rockmart.

He said the property will remain open for people to rent for events, but that no longer will the lake be accessible to the public.

Plenty of memories have been made at the property over the years, and Hulsey has met people from all across the world, citing visitors from as far afield as Russia to Coot’s Lake in the past decades.

But what he’s missed in these past years and what he’ll remember the most is the jukebox that cranked out classic hits of old.

“We used to have a jukebox that we brought in from Rome. They brought a jukebox every spring and we’d split the money we brought in,” he said. “I wish I had taken a diary and written down some of the songs that played on the jukebox, because every year there would be a favorite that would play every three or four songs.”

He recalled some of those favorites, like Queen’s “Another One Bites the Dust,” Leo Sayer’s “Long Tall Glasses,” and Brooks and Dunn’s “Boot Scootin’ Boogie” played for visitors of the lake over the years.

Some 55 years ago, Hulsey’s father opened Coot’s Lake to the public for daily access starting on Memorial Day and ending on Labor Day from 10 a.m. to 6 p.m. He said the family first filled the lake after building a concrete dam across Hill’s Creek in 1960, and opened to the public in 1961.

He said the only summer it has been closed during all those years was 2007, when drought conditions brought water levels so low he closed it to the public.

“I drain it down in the winter time to keep the sand from washing away,” he said. “And then we let the water levels rise during the summer months in the past.”

Though access to the general public will no longer be part of Coot’s Lake history, rentals for parties, weddings and other events will be possible. Hulsey said that his daughter is keeping up with the business’ Facebook page, and those interested in looking at the property for an event can also call 770-684-2668.

Hulsey, the youngest of seven children, inherited the lake from his father, who had inherited it from Hulsey’s grandfather earlier in the 1900s. He helped build the concrete dam when he was 8 years old along with his family.

The family had for many years farmed on the property, Hulsey said, but then decided to build a lake and allow access for money and sell concessions. It has longtime been a refuge for his extended family to enjoy over the years, and been improved over time.

“All of my nieces and nephews learned how to ski out here on boats, which we’ve had on the lake for years,” he said.

Fishing was also at one time allowed at Coot’s Lake, but later cut off by Hulsey after trash became an issue around the 25-plus acre lake. Though that policy didn’t deter one man, who Hulsey said was so enthralled with the idea of being able to catch a bass out of Coot’s Lake, he wouldn’t stop asking.

“I told him that I only let family fish in the lake, and that if he wanted to fish he’d have to marry my sister,” Hulsey said. “And I swear he said with a straight ‘well what does she look like?’ That’s my one fishing story from here.”

Hulsey said that he has long loved running the business and getting to see generations of Polk County residents get to experience Coot’s Lake, but that he was ready to have more time off for he and his wife.

He said that the property will continue to be kept up — including the beach — for his family and those renting the area to enjoy. However, it will remain a haven for the Hulsey clan for years to come with plans to one day pass it along to his children, including his son who lives along the upper portions of Coot’s Lake near Hulsey.

He also will get to enjoy more time watching some additional neighbors who have been flying over the lake and enjoying the fishing too — ospreys and bald eagles.

“They’ve been here for the past three or four years,” he said. “It’s been fantastic watching them here on the lake too.”

SFO is home to California's largest population of one endangered species

Idahoan dies after car collides with farm equipment near Marsing