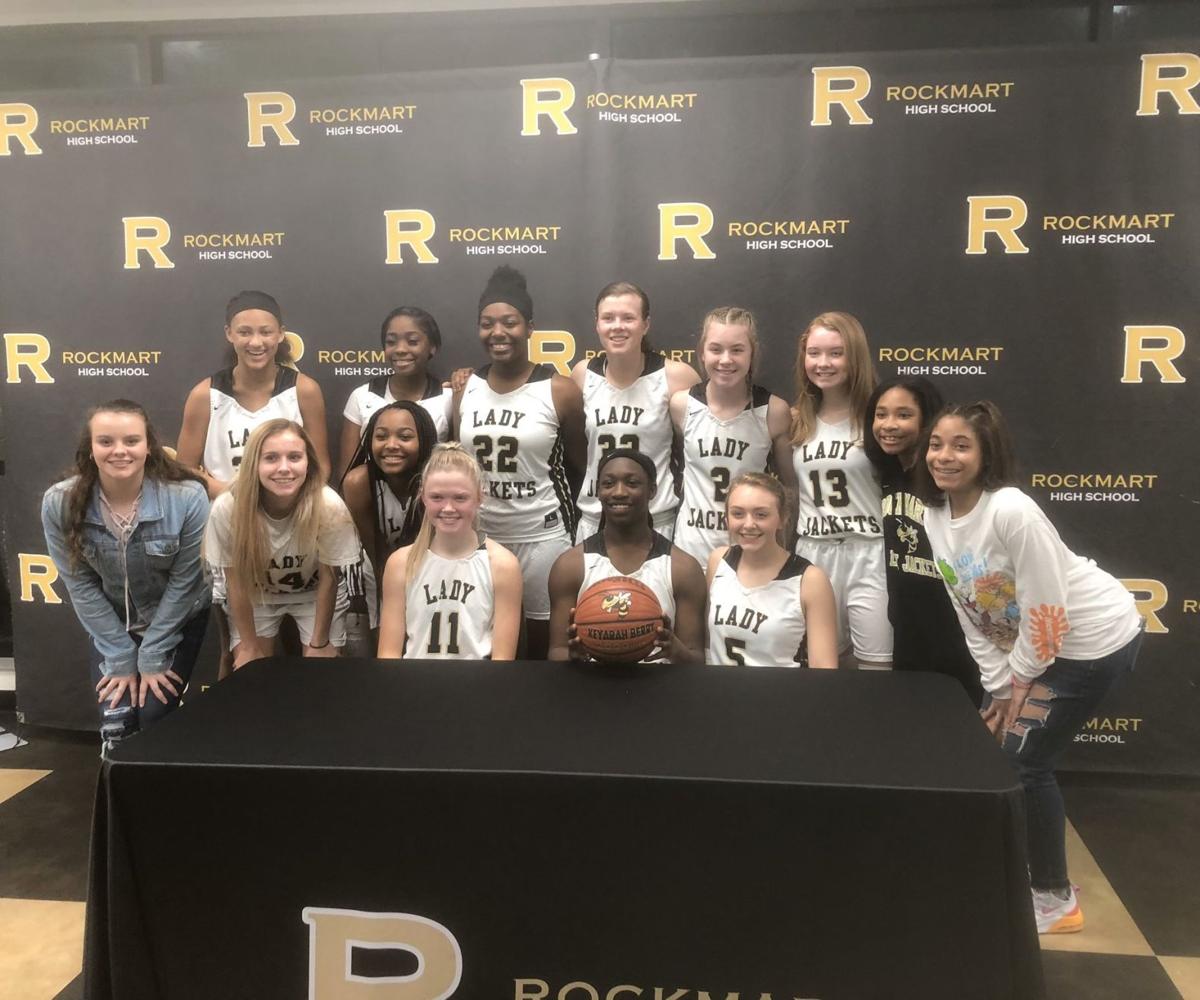 The Rockmart Lady Jackets celebrated with Keyarah Berry after she hit the 2,000 point mark against Dade County. 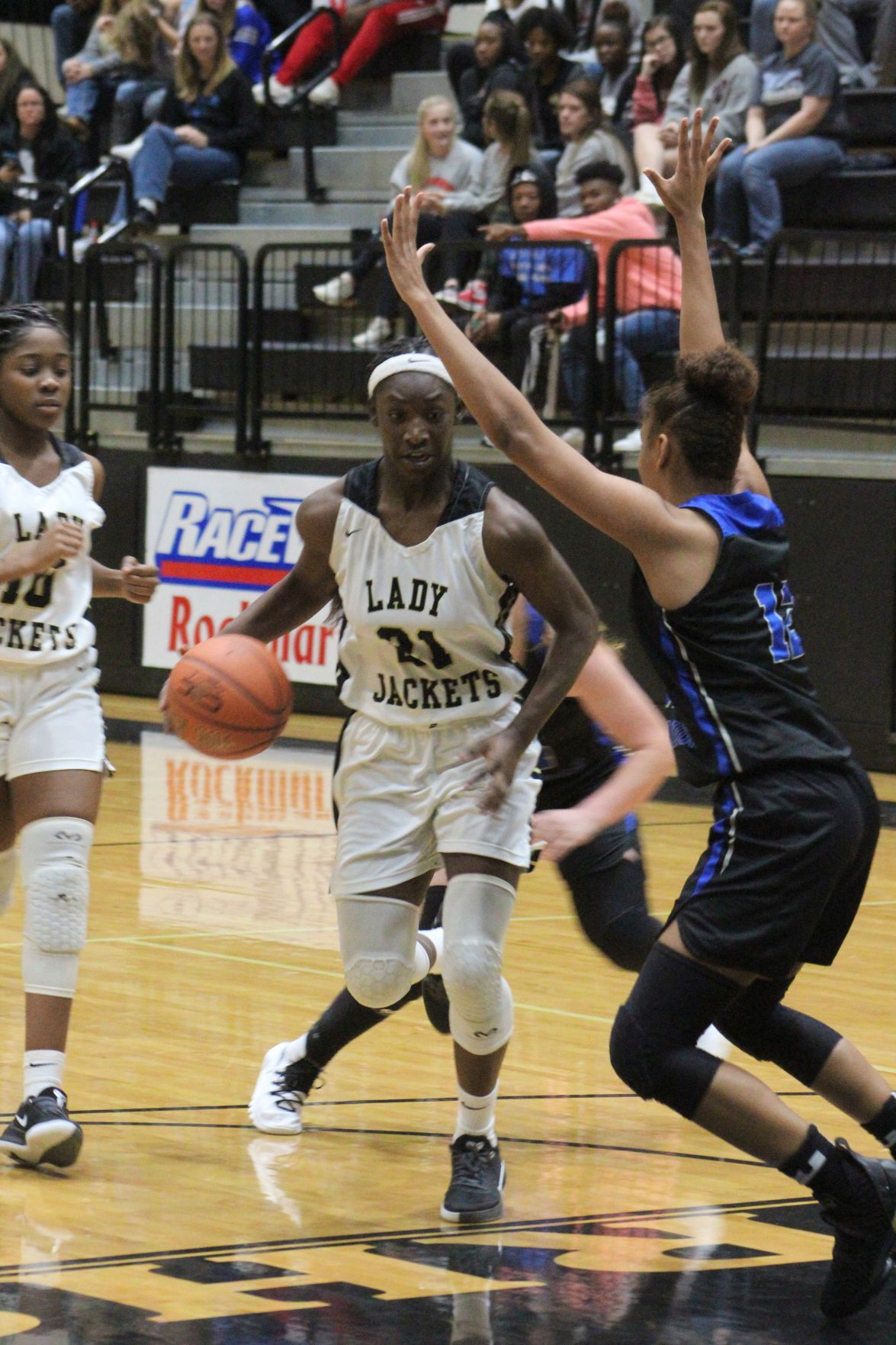 The Rockmart Lady Jackets celebrated with Keyarah Berry after she hit the 2,000 point mark against Dade County.

A member of the Lady Jackets basketball team reached another milestone in her sports career last week and is working to beat a big record.

Just before halftime, game play was paused as Berry was presented with the 2,000 point milestone award.

Berry has been playing basketball since sixth grade, but the 2,000 points were scored during only her high school career, which has been three years so far.

“It is a blessing and a dream come true,” Berry said. “It’s something I’m proud to share and experience with my teammates.”

Berry is only 288 points away from breaking the all-time Rockmart High School record of points scored in a high school career. The record is currently held by Caroline Williams, who had 2,310 points.

After high school, Berry hopes to attend the University of Georgia to continue her academic and athletic career.

“Scoring 2,000 points is a huge accomplishment and isn’t something that many people can do,” head Coach Andre Clark said. “Beating the school record is certainly attainable for her this year.”

Clark added that Berry is very selfless and therefore makes passes to her teammates and ends up not taking all of the shots that she can take.

“She’s a natural basketball player and makes good decisions, even when I want her to shoot the ball and score herself,” he said.

Berry’s next big goal is to obtain the school record and then reach the 3,000 point mark, Clark said. He added that she has a chance to beat some state-wide records as well.

The second leading scorer in Georgia history has a record of 3,037 points, while the state record is held by a player who scored 3,097 points.

Clark praised the Lady Jackets’ recent successes, including beating Gordon Central on Friday night. The win over the Lady Warriors will guarantee that the Lady Jackets are in at least the second seed for the region tournament starting on Feb. 3.

The 13-5 Lady Jackets came away from Gordon Central with a 61-46 win, and the special night for Berry saw the team come away with a 42-23 win over Dade County at home.