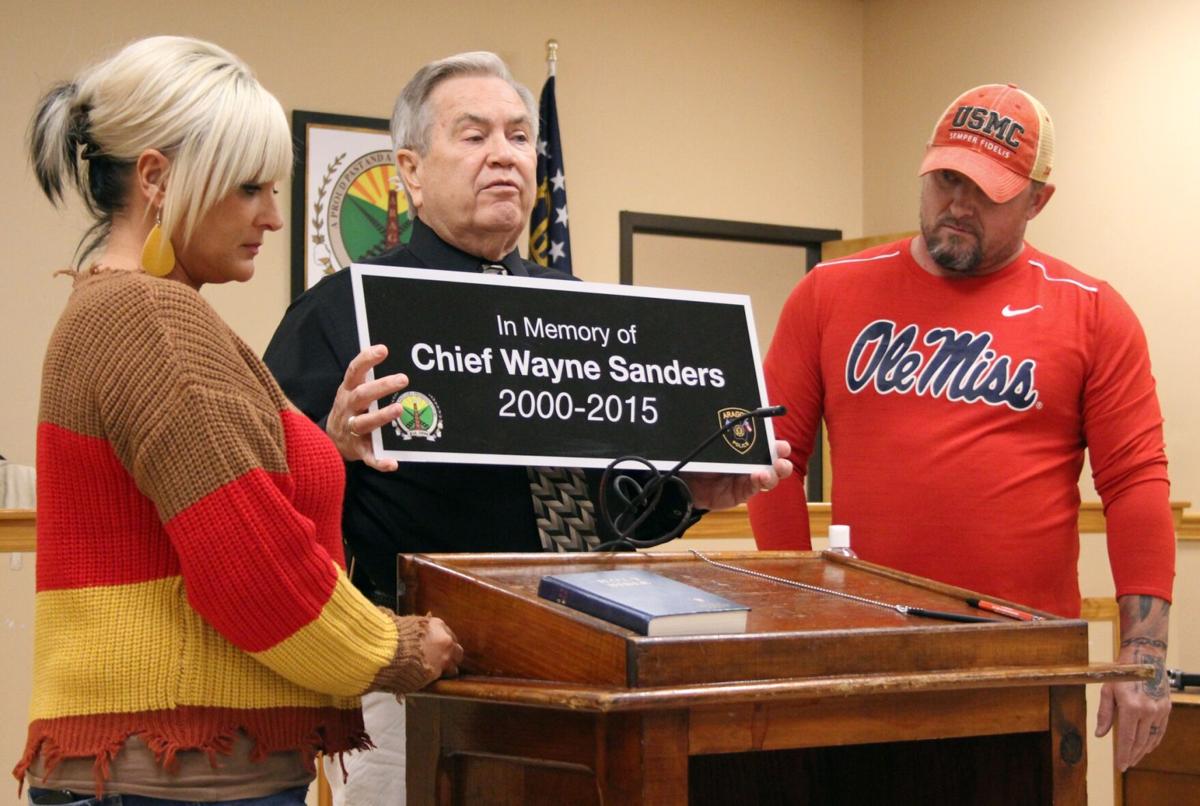 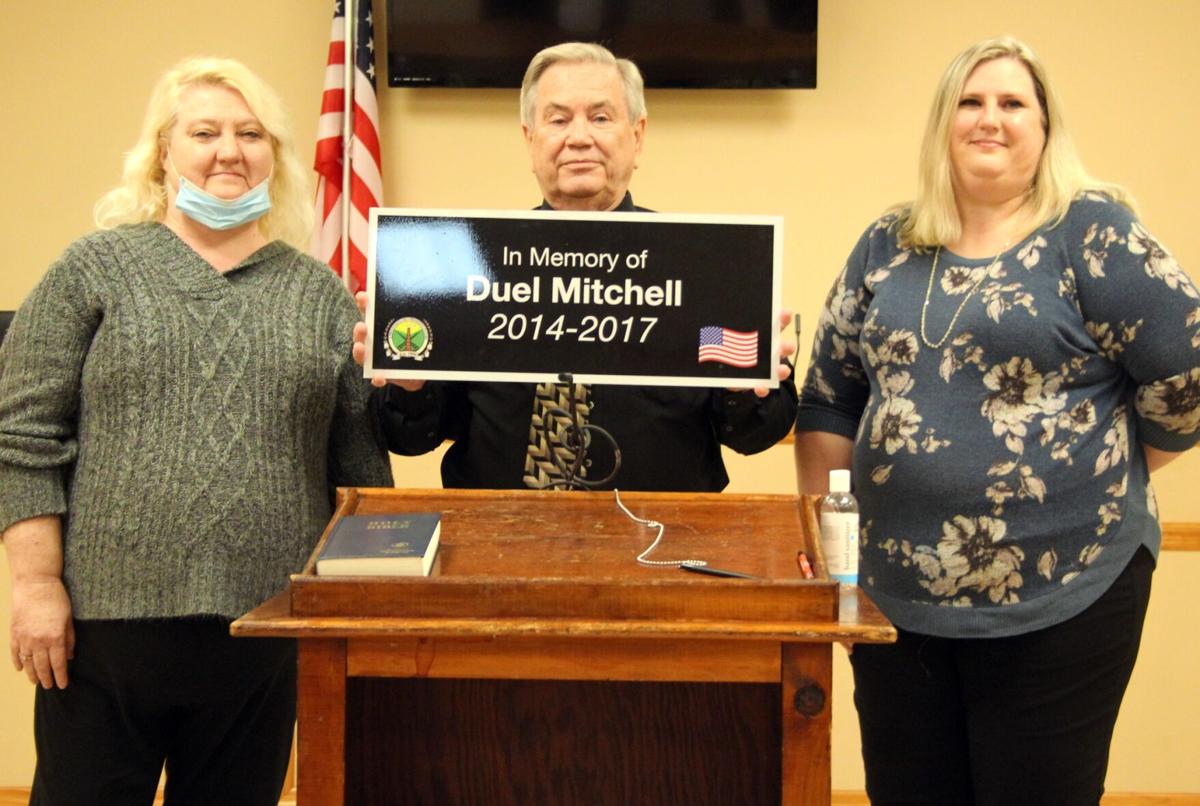 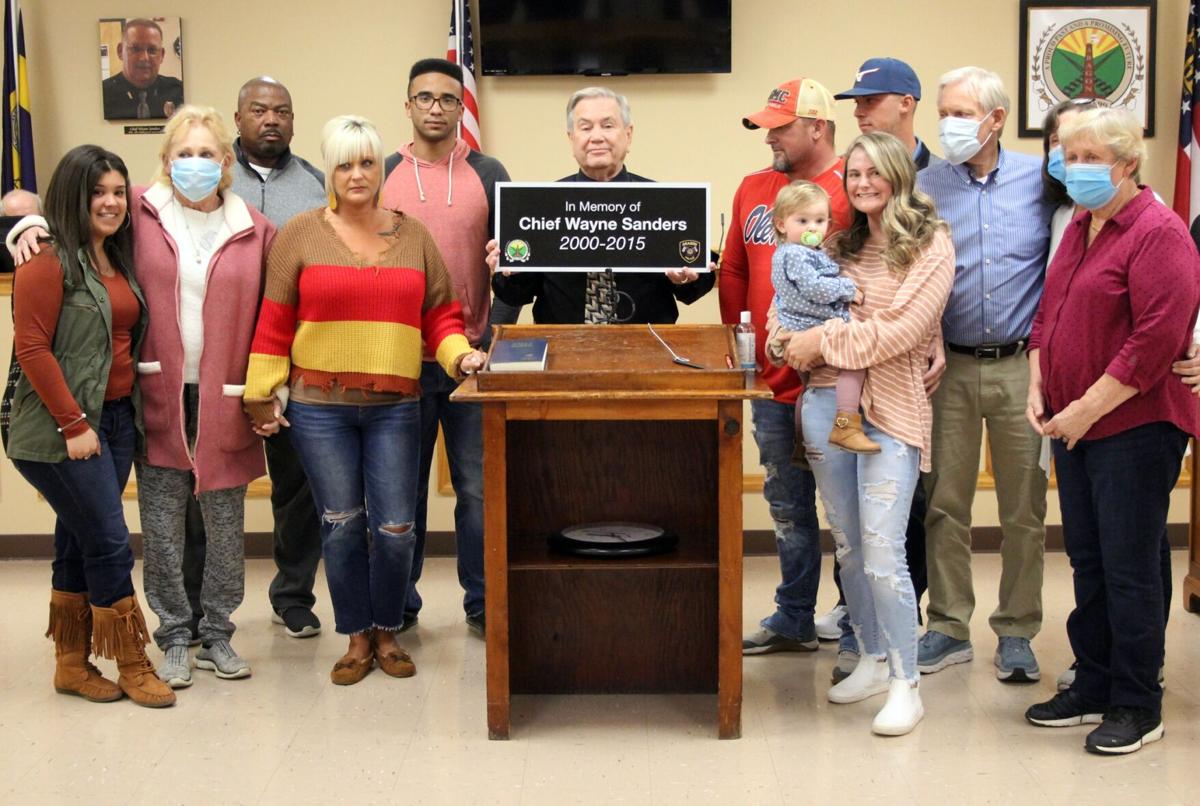 Two of the city of Aragon’s dedicated servants will have their memories honored in the community that they served.

Aragon Municipal Court Judge Terry Wheeler spoke about each man at the meeting and presented the plaques alongside each one’s family members who were in attendance.

“We’re here to honor the memory of a couple of people that served the city and served it well,” said Wheeler, who has served as judge for 17 years and knew both men well.

“Wayne Sanders was not only the chief of police he was a personal friend of mine. When he was chief of police there was never a doubt as to who he was, what his authority was and what he would and would not do. He was a good man and an honest man,” Wheeler said.

Mitchell was elected to the city council in 2013 and served from 2014-2017, during which time he was also mayor pro tem for a period. Mitchell passed away in December, 2019.

“He volunteered and donated his time to come up here to represent the citizens of this city to help make decisions,” Wheeler said of Mitchell.

“The city was blessed to have a man like Duel to come forward, because when he made a decision it wasn’t a decision just off the cuff, he gave it a lot of thought. He put his all into it. He represented his constituents, his people, in the best way.”

The city council did approve a procedure for personnel appeals for city employees ahead of the tentative appeal hearing for former police chief Michael Evans, who was terminated on Oct. 30 after a string of events that included a warrant for the arrest of Mayor Debbie Pittman after she was charged with violation of oath by a public officer.

Pittman turned herself into authorities at the Polk County Jail on Oct. 30 and spent a brief time there before being released on bond. Evans is appealing his termination.

City Attorney Frank Beacham, with Brinson, Askew, Berry law firm out of Rome, brought the procedure to the council to become part of the city’s personnel policy. He said a non-biased hearing officer will be brought in to hear the appeal, which is scheduled for Dec. 12 at 9 a.m. at Aragon City Hall.

Bernie Sanders having ‘fun’ with meme status, urging supports to donate to charity