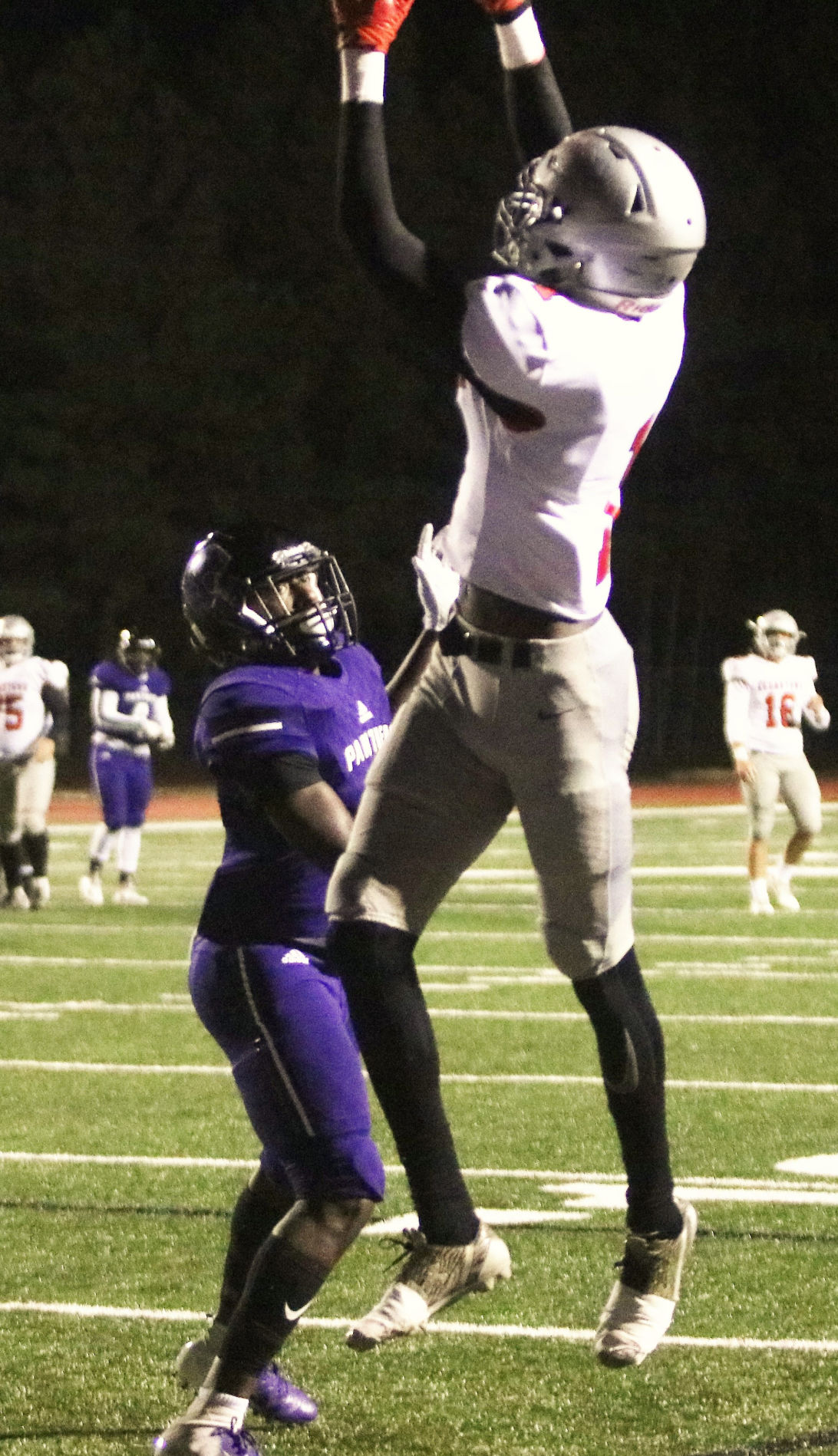 Cedartown's Zahquan Frazier goes up for a pass against the Chapel Hill defense. / Contributed by Gail Conner 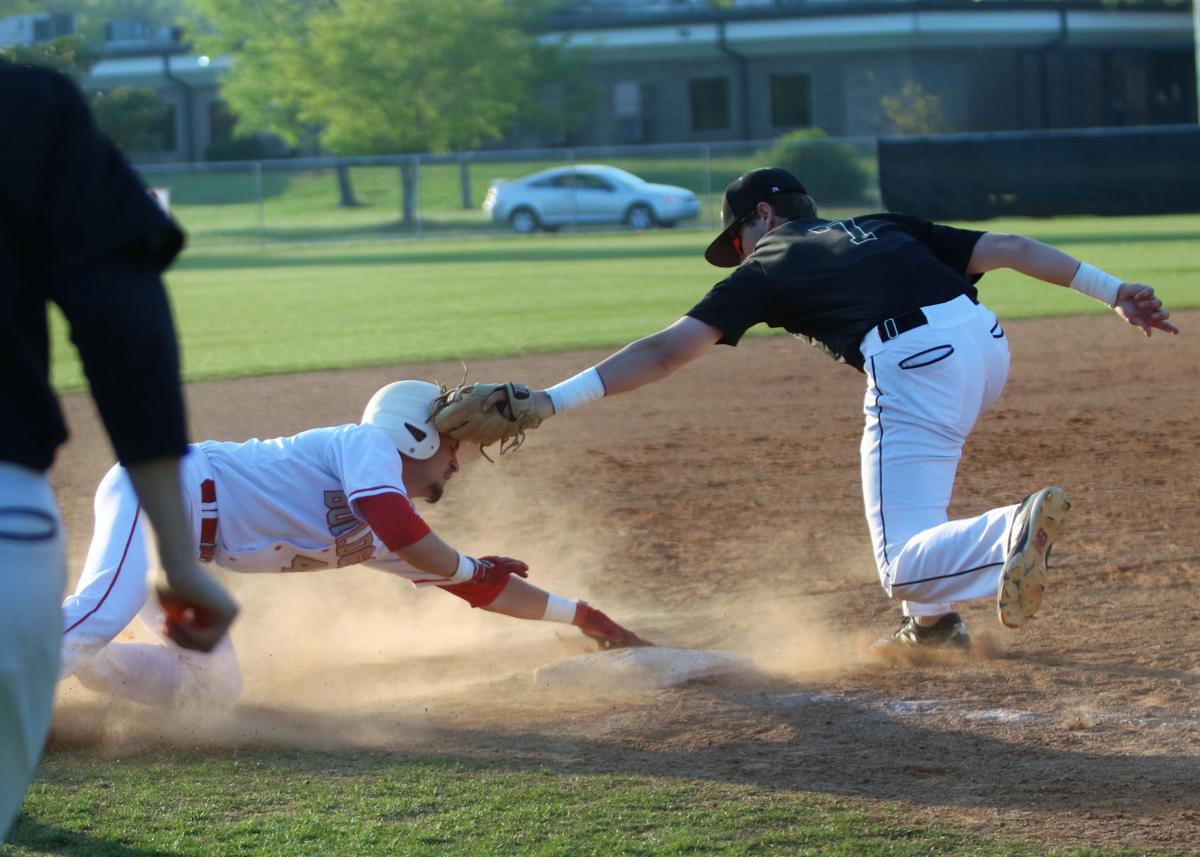 Cedartown senior Will Sanders reaches back toward the bag while Rockmart's Cody Parramore tries to get the tag. (Contributed by Gail Conner) 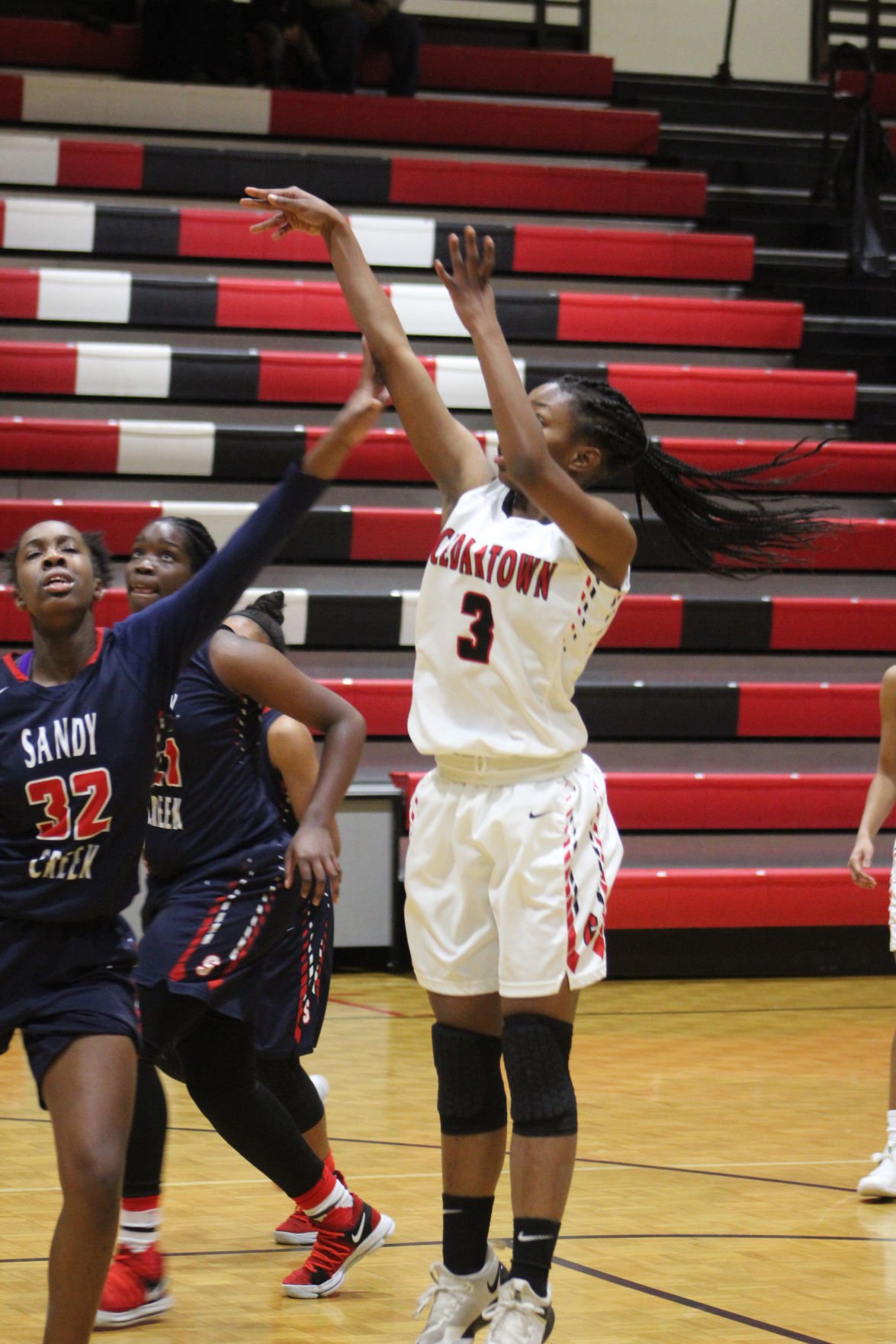 KeKe Turner puts up a shot from inside the paint against Sandy Creek.

Cedartown's Zahquan Frazier goes up for a pass against the Chapel Hill defense. / Contributed by Gail Conner

Cedartown senior Will Sanders reaches back toward the bag while Rockmart's Cody Parramore tries to get the tag. (Contributed by Gail Conner)

KeKe Turner puts up a shot from inside the paint against Sandy Creek.

The 2018 calendar year was an impressive year for Cedartown sports, however it was a year in which the Bulldogs were having to overcome a great deal of change throughout their respective seasons.

The Cedartown Bulldogs basketball team of 2017-18 had a fairly new squad with newcomers such as Jayden and Jeremiah Johnson entering the starting lineup.

Down the stretch, the Bulldogs were able to win more games in a season than in nearly a decade before falling to Troup County in the Region 5-4A Tournament in February.

The loss ended their season with a 12-12 record. This would create questions for the following season, mostly due to the graduation of seniors Trevon Wofford and TJ Martin, two Bulldogs who were key parts to the team over the past few seasons.

In January, the Cedartown Lady Dawgs basketball squad were able to find their rhythm heading into region play. There were some initial growing pains, trying to move forward after losing Ava Tillman and Tia Covington to graduation the previous year. Fortunately, the freshman duo of Qiana Watson and Keke Turner were able to lead this experienced Lady Dawgs team to their best season in recent memory, thanks to great performances by senior Kenzavia Neal, junior Tamera Beeman, and sophomore Kamryn Frazier.

Sadly, they saw their season come to an end in the Region Tournament in February, falling to Central Carroll in overtime 54-51 after surrendering a huge lead late in the third period. Despite the loss, the Lady Dawgs finished with best season in over a decade, finishing 12-12. The tough ending to the season brought out a fire in the Cedartown girls basketball team, one that would bring them a ton of motivation heading into the 2018 season.

The season started in mid-February, and on a cold and windy night in Summerville the Bulldogs dropped their season opener to Chattooga 2-1. Head Coach Doyle Kelley was able to right the ship, leading them to win 4 out of their next 5 games.

The Dawgs saw many key players step up when they needed them the most: Chipola College commit Jack Haney put together another great season batting and playing catcher, CJ Robinson was stellar as both an infielder and outfielder, and Nick Huddleston showed a great ability to track down fly balls at his right outfielder position. Additionally, freshmen Cade Dingler and Easton Oxenrider had nice seasons, along with catcher Dalton Bowman and infielder Will Sanders making the most of their plate appearances.

The change in the lineup combined with another tough region schedule forced the Dawgs to miss the playoffs for the first time in at least four seasons, finishing fifth place in Region 5-4A. However, in the last game of the season, the Bulldogs were able to exact revenge on their rival Rockmart, beating them at home in Doyle Kelley’s last game as baseball head coach by a score of 9-2.

The late-April win brought their final record to 12-14. Later that summer, Jack Haney would be drafted in the 33rd Round of the MLB Draft by the Washington Nationals, choosing instead to attend Chipola College in Florida.

The 2018 Cedartown Lady Dawgs softball squad found themselves battling change early on, trying to deal with the loss of Ava Tillman, the Ole Miss commit who graduated in 2017. After dropping their first five games they bounced back, winning 5 of their next 6 games and putting themselves in a position to clinch a playoff spot.

As the season went on, the Lady Dawgs showed an ability to take a punch and keep fighting, finishing fourth in Region 5-4A and finishing the regular season 10-12. Their season ended as they were swept by perennial powerhouse Madison County in the playoffs in early October.

Alexis Poole received Offensive Most Valuable Player of the Year.

Both the Cedartown Lady Dawgs and Cedartown Bulldogs basketball teams have raced out to fairly good starts in their 2018-19 seasons.

The Lady Dawgs currently sit at 6-1 on the season after winning a first round contest in the Rockmart Christmas Tournament over Allatoona. The Bulldogs are 5-4, seeing their 5-game-win streak come to an end last night at the hands of the Cass Colonels.

These teams both lost two seniors a piece heading into this year, but have found former reserves to come in and contribute as starters.

Both the Lady Dawgs and Bulldogs are looking to clinch playoffs for the first time in the better part of a decade.

United Airlines warns 36,000 workers they could be laid off

An unlikely alliance? Trump and Mexico’s president come together to tout a win during a crisis

'A Garden With Wings' among attractions in Kennesaw