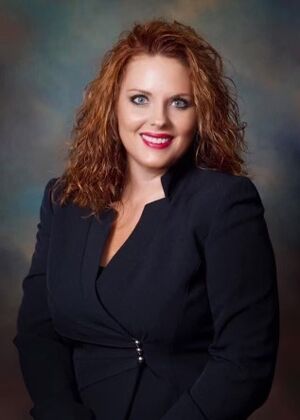 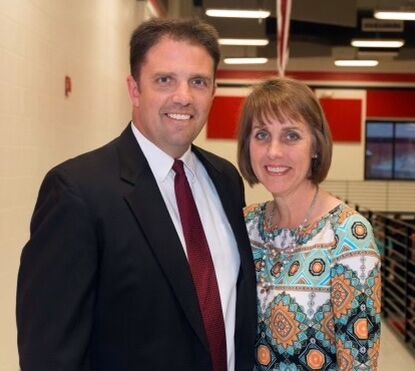 The Polk School District Board of Education is closer to finding the successor to School Superintendent Laurie Atkins following a recent round of interviews with potential candidates.

Two candidates were announced Monday as finalists for the position, which must be approved by the board.

One candidate is Dr. Travis Thomas, the director of high schools and assessment with the Carroll County School System, and the other is Dr. Katherine (Katie) Thomas, Polk School District’s current assistant superintendent of innovation and learning.

PSD Human Resources Director David Robinson said the board of education conducted interviews on Saturday, Dec. 19, before narrowing down the list of candidates down to two.

He said the board received 19 applications for the position and was pleased with the quality of the applicants. The Board will continue with the interview process with the two finalists in early January.

Atkins will be retiring June 1, 2021, after 30 years as an educator and administrator with Polk County Schools.

Georgia statute requires the board to name up to three finalists for the position and to provide a minimum 14-day period between the naming of those finalists and a final vote.

Travis Thomas has been with the Carroll County School System since 1998, serving as a social studies teacher and boys basketball coach at Villa Rica High School until being named assistant principal at Jonesville Middle School in Bowdon in 2004.

He then served as principal at Villa Rica High School from 2006-2008 before being named principal of Bowdon High School, a role he held until taking his current position in June, 2016.

Bowdon was named a Distinguished School by the Georgia Department of Education in 2011-2012, and a Georgia AP Challenge School from 2012-2016 during Travis Thomas’s eight years as the head administrator.

Katie Thomas has been with the Polk School District since 2006, serving as the district’s career, technical and agricultural education director during that time until being named the chief executive officer of the Polk County College and Career Academy.

She has been in the role of assistant superintendent of innovation and learning since July, 2018.

She is involved in several civic and community organizations, including the Polk County Chamber of Commerce, and was a finalist for the 2020 Georgia Career, Technical and Agricultural Education Administrator of the Year.

State capitols boarded up, fenced off, patrolled by troops

Will Trump's mishandling of records leave a hole in history?

Atlanta Police need your help finding an I-20 murder suspect