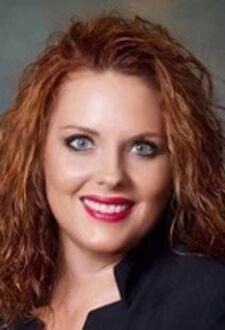 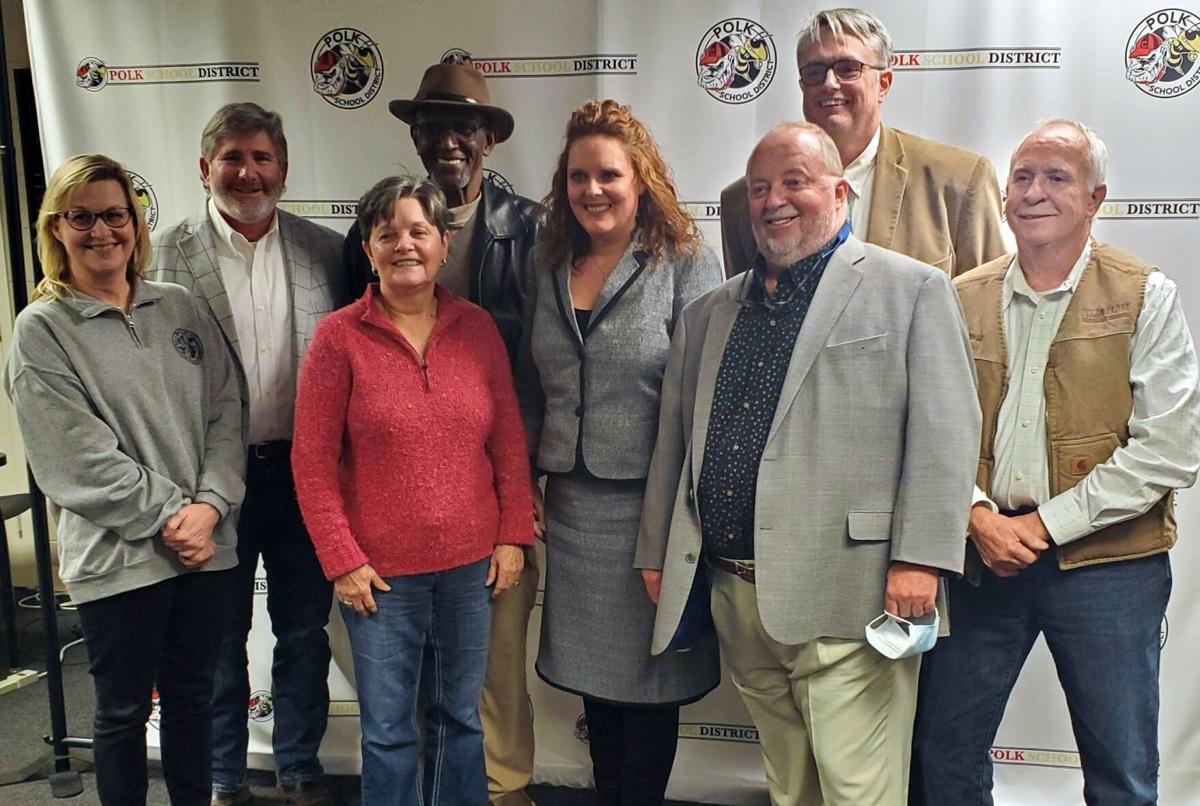 Newly-selected Polk County Schools Superintendent Dr. Katie Thomas (center) poses with the Polk County Board of the Education following their vote to approve Thomas at their Jan. 5 work session.

Newly-selected Polk County Schools Superintendent Dr. Katie Thomas (center) poses with the Polk County Board of the Education following their vote to approve Thomas at their Jan. 5 work session.

The first meeting of the year for the Polk School District Board of Education brought with it a decision on the future leadership of Polk County’s schools.

Dr. Katie Thomas was announced as the next Polk School District superintendent at the board’s work session on Jan. 5 following a vote to approve personnel discussed in an executive session.

She will take over for retiring superintendent Laurie Atkins in June.

Thomas, who currently serves as the district’s assistant superintendent of innovation and learning, was one of two finalists for the position. The other was Dr. Travis Thomas, the director of high schools and assessment with the Carroll County School System.

Both were interviewed by the board a final time last Monday, Jan. 4. It voted and chairman J.P. Foster announced their decision in the public meeting a day later.

“Katie, your energy is contagious. Your vision that you have explained to the board is exciting to us. And we as a board will do everything we possibly can to support you, the teachers, the administrators, staff, all the employees of this district in making PSD the absolute best that it can be. And the reason we want to do that is because of the students. So we look forward to having you in charge,” Foster said.

“We are extremely confident and happy. And our belief is strong in where this new superintendent that we have chosen can lead Polk School District.”

Thomas has been with the Polk School District since 2006, serving as the district’s career, technical and agricultural education director during that time until being named the chief executive officer of the Polk County College and Career Academy.

She has been in the role of assistant superintendent of innovation and learning since July, 2018.

Atkins announced in November she will be retiring June 1 after 30 years as an educator and administrator with Polk County Schools. She was named superintendent in September, 2017.

“Humbled and honored are two words that come to mind right now,” Thomas said after the announcement.

“I have some really big shoes to fill. But I am fortunate to have been trained by the best, and have a supportive board. This is personal to me. I consider you all my family, and it’s gonna be my distinct honor to serve you all, our staff, and our students as your next superintendent. So thank you.”

Last Tuesday’s meeting also saw the election of the board’s chair and vice chair. Kristy Gober, who served as vice chair for the last two years, nominated board member Vicki Mayes for the post. Mayes was the lone nominee and was unanimously approved by the board.

Foster, who ran unopposed for a second term last year, will continue as board chair for a second year after he was the lone nominee for the position.

The school board is scheduled to hold its regular business meeting Tuesday, Jan. 12, at 6 p.m.