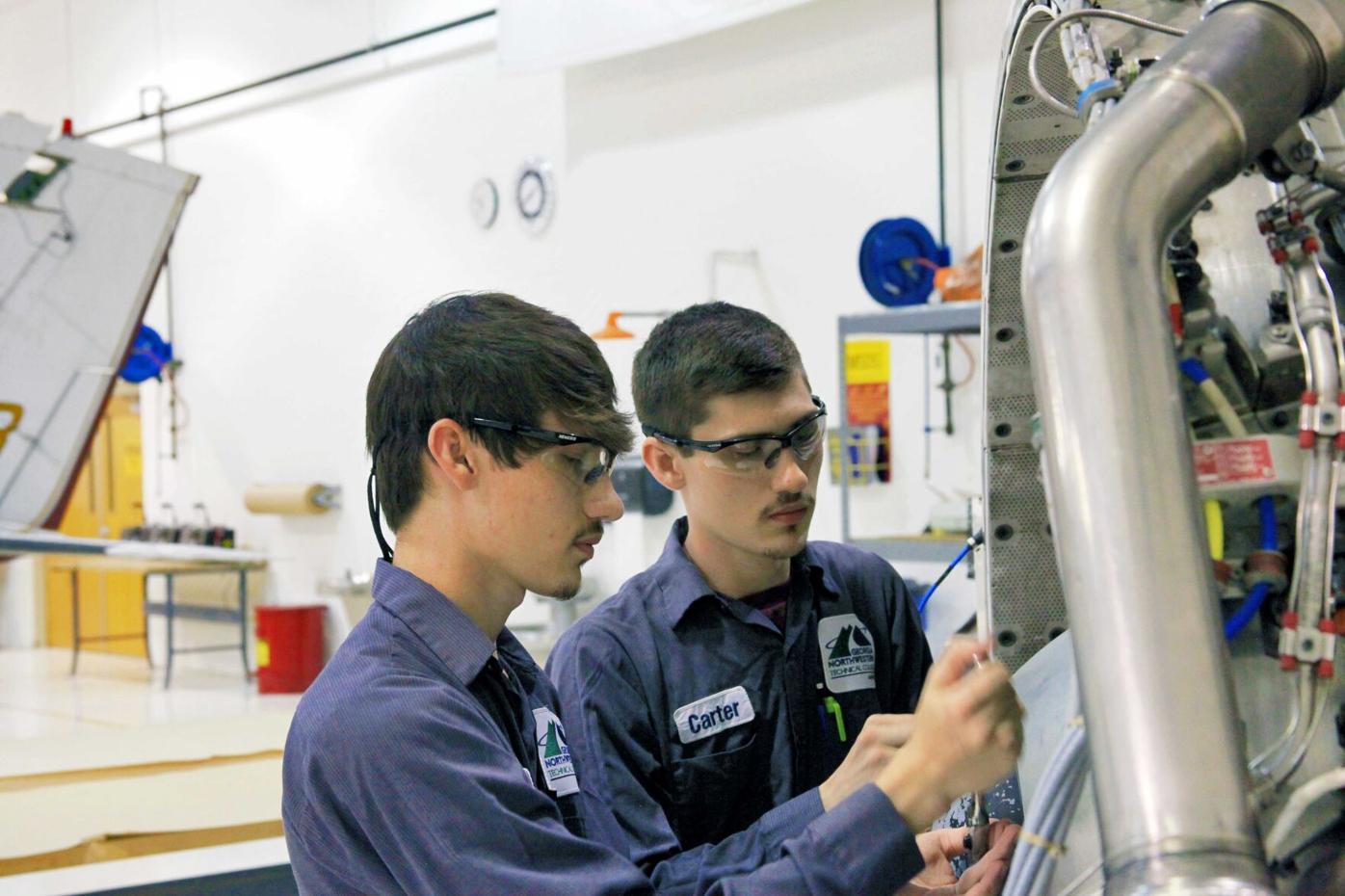 In this August 2020 file photo, Cade (left) and Carter Shelton carefully disassemble the blades of a turbine engine at GNTC’s Aviation Training Center. 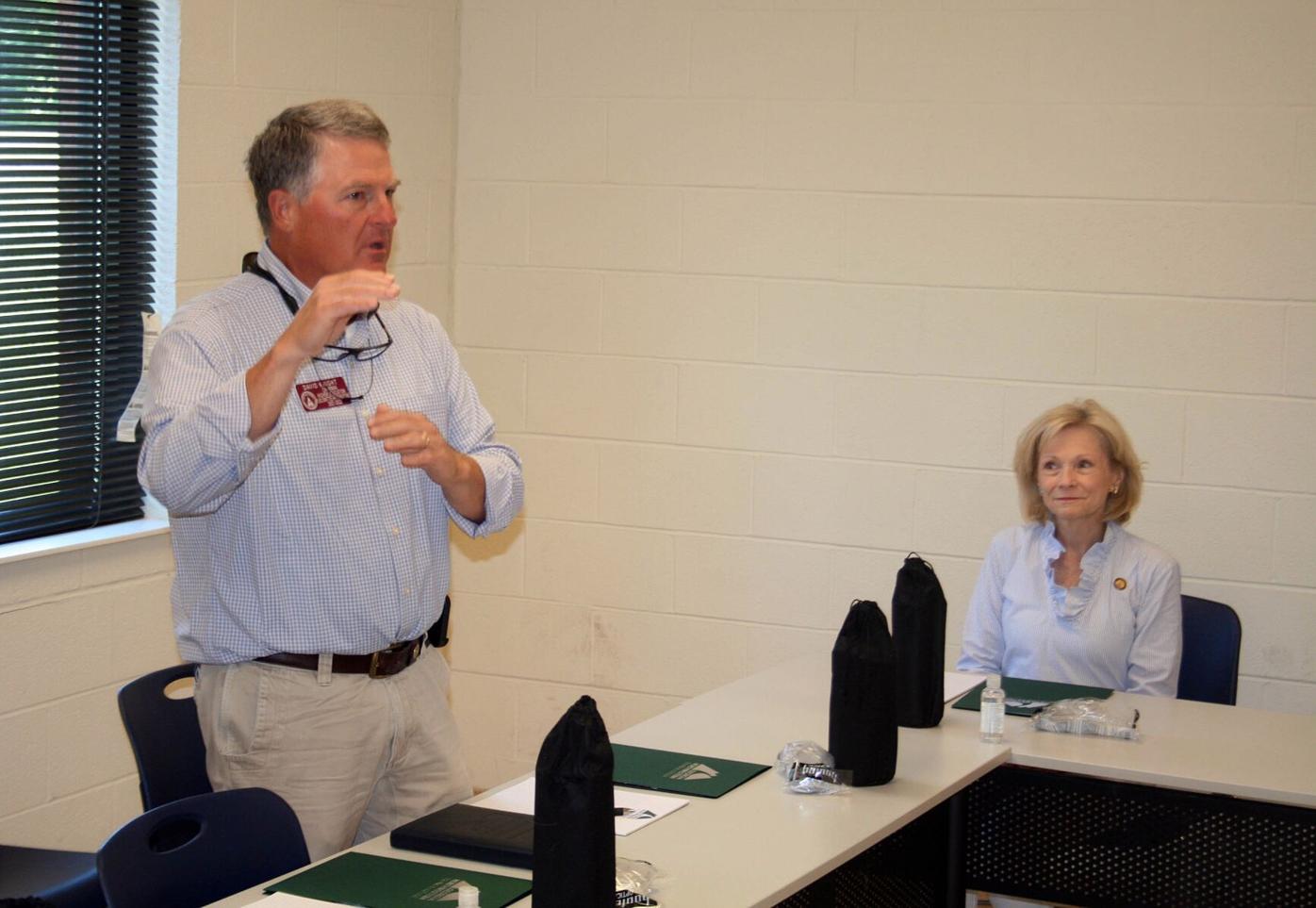 State Reps. David Knight and Katie Dempsey visited the GNTC Aviation Center in June 2021 to get an idea of how the state could better allocate resources for aircraft maintenance training programs.

But now, that lofty status is being threatened by shortages of both pilots and aviation technicians. Both are critical if aviation is to remain one of Georgia’s leading industries, said state Rep. David Knight, R-Griffin.

“If an aircraft is not worthy, nothing else matters,” said Knight, chairman of the House Appropriations subcommittee that oversees state spending on higher education. “If you don’t have pilots, they can be airworthy, but they sit on the ground.”

Members of Knight’s subcommittee have been touring airports large and small across Georgia in recent weeks to explore what can be done to refill an aviation workforce pipeline that’s being drained by older workers retiring.

During a June 2021 meeting with Georgia Northwestern Technical College, Knight said industry reports indicate that there are more aircraft maintenance personnel over the age of 60 than there are under the age of 30.

“There is a vacuum in the industry,” said Jon Byrd, director of the aviation program at GNTC.

The consensus during two days of hearings before Knight’s subcommittee this month was that the state needs to do a better job marketing job opportunities in aviation.

“We’ve got to get the next generation in here,” he said. “We need to be hiring yesterday...There are great high-paying jobs across the field in aviation. (But) students have no idea what’s out there. The dots aren’t being connected.”

Some initiatives to market aviation as a career are underway throughout Georgia. The Museum of Aviation at Robins Air Force Base in Houston County hosts field trips and summer camps for students.

Delta sponsors student tours of Hartsfield-Jackson International Airport. The Center of Innovation for Aerospace, run by the state Department of Economic Development, markets the industry to teachers and guidance counselors.

But the colleges around the state that offer aviation programs are limited in what they can do to market career opportunities, said Tal Loos, dean of aviation at Savannah Technical College, one of five Georgia technical colleges that train aviation technicians.

“I don’t have much money for marketing,” Loos said. “I’m just trying to keep the program afloat.”

Attracting students is not a problem for Macon-based Middle Georgia State University’s campus in Eastman, one of only nine in the country offering both flight management and aircraft maintenance programs. In fact, its flight school has a waiting list of 441, said Adon Clark, dean of the university’s School of Aviation.

“We’re turning away students,” he said.

Instead, the issue in Eastman is recruiting and retaining faculty to teach aviation at a state institution when they can make a lot more money either teaching at a private college or working in the industry, Clark said.

Martin Kehayes, chairman of the Department of Aviation Maintenance and Structural Technology at Middle Georgia State, said the university wants to expand its program from 80 students to 135 to 140. To do so, however, would require hiring three or four additional instructors, he said.

“It’s a budget issue,” he said. “It’s all about facilities, equipment and faculty.”

Knight suggested the aviation industry should be willing to help the state with the financial support the colleges need, at least in their marketing efforts. It’s only fair considering the schools are turning out pilots and aviation technicians to fill jobs at companies like Delta and Savannah-based Gulfstream Aerospace, he said.

“They need to step up,” Knight said. “We need to make sure to keep aviation as one of the top industries in Georgia and see that it grows.”