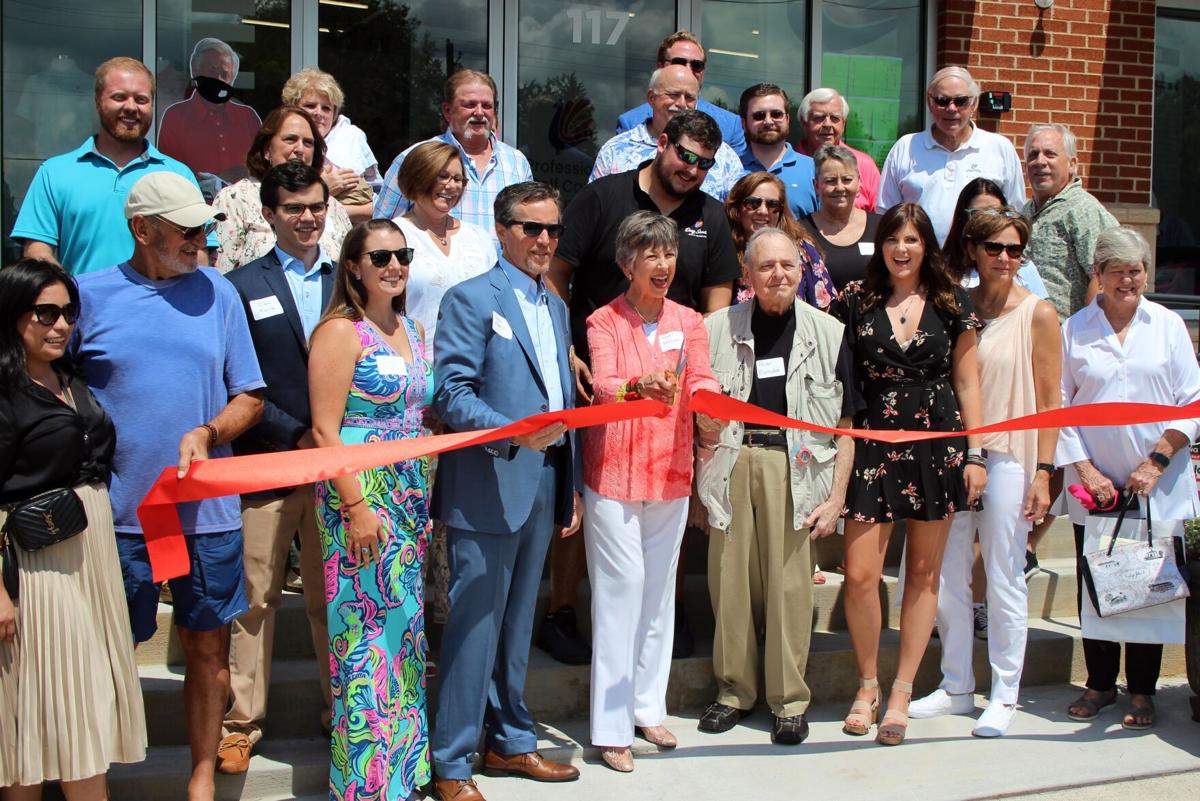 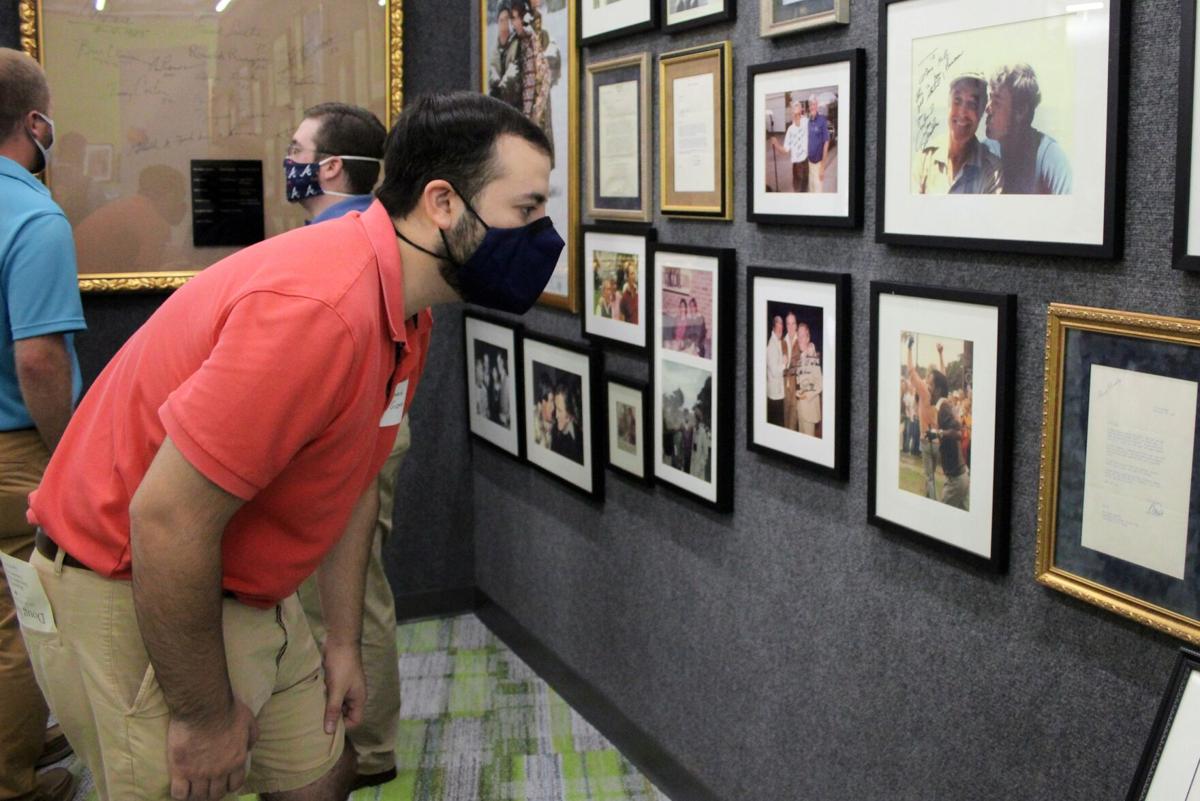 Cedartown Assistant City Manager Edward Guzman gets a closer look Saturday at some of the photos and messages from just some of Doug Sanders’ celebrity friends on display at the new museum.

Cedartown Assistant City Manager Edward Guzman gets a closer look Saturday at some of the photos and messages from just some of Doug Sanders’ celebrity friends on display at the new museum.

Guests from near and far gathered in downtown Cedartown over the weekend to remember one of the city’s native sons and celebrate the life of one of golf’s most flamboyant characters.

The doors to the Doug Sanders Golf Museum officially opened Saturday with a private memorial attended by several friends and close family, and a ribbon cutting ceremony, overseen by his ex-wife, Scotty Sanders.

It marked the completion of a project four years in the making by Cedartown’s Jamie and Darcy Morris, who worked with Sanders to plan the museum before his death in April at the age of 86 in his adopted hometown of Houston, Texas.

“He would be glad it’s here in Cedartown. It’s where he wanted it,” Scotty Sanders said of the museum Saturday. “It’s first class. It’s 100 percent better than he ever dreamed it could be.”

The museum, which is open from 10 a.m. to 3 p.m. Thursday, Friday and Saturday, displays only a fraction of Doug Sanders’ extensive collection of memorabilia obtained through his life as a professional golfer.

He won 20 PGA Tour events during his career and became friends with celebrities, presidents and astronauts through his Doug Sanders Celebrity Classic golf tournament.

US stocks rise as volatility continues to dominate

Everything you need to know to vote in DeKalb County

Top schools in Georgia announced. Find out if your school made the cut