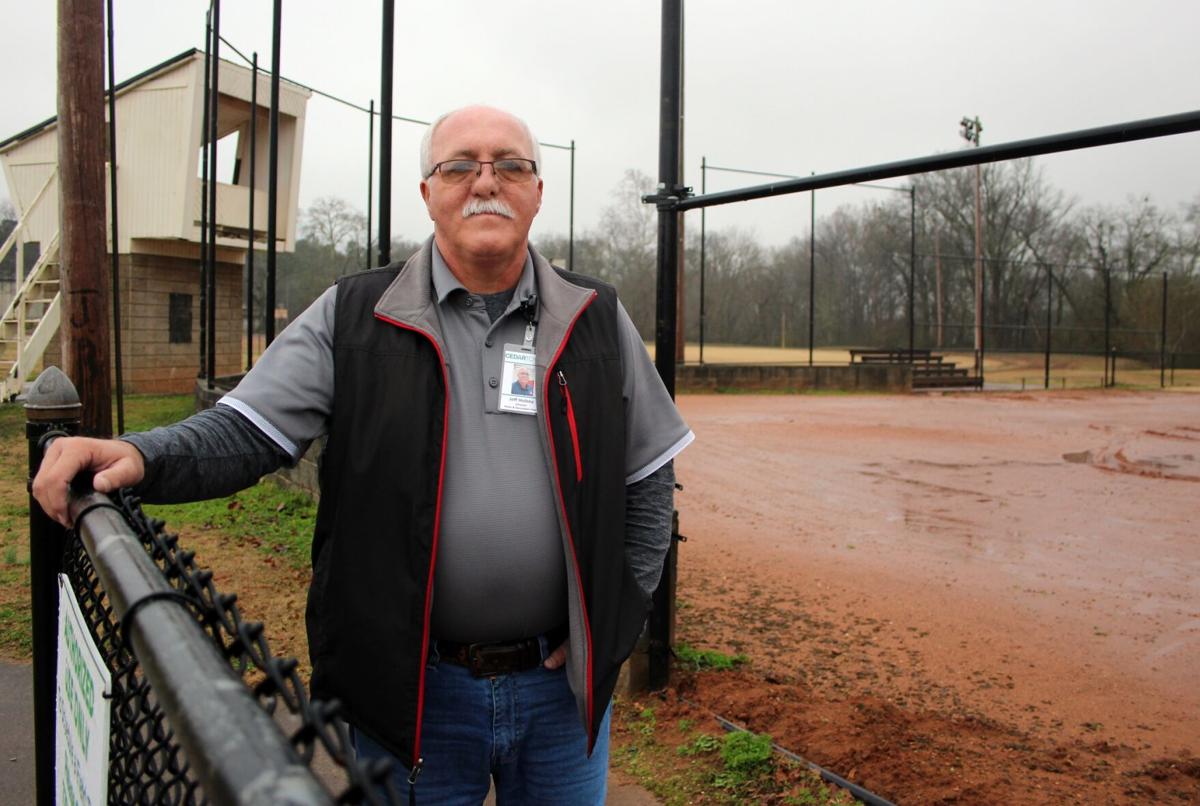 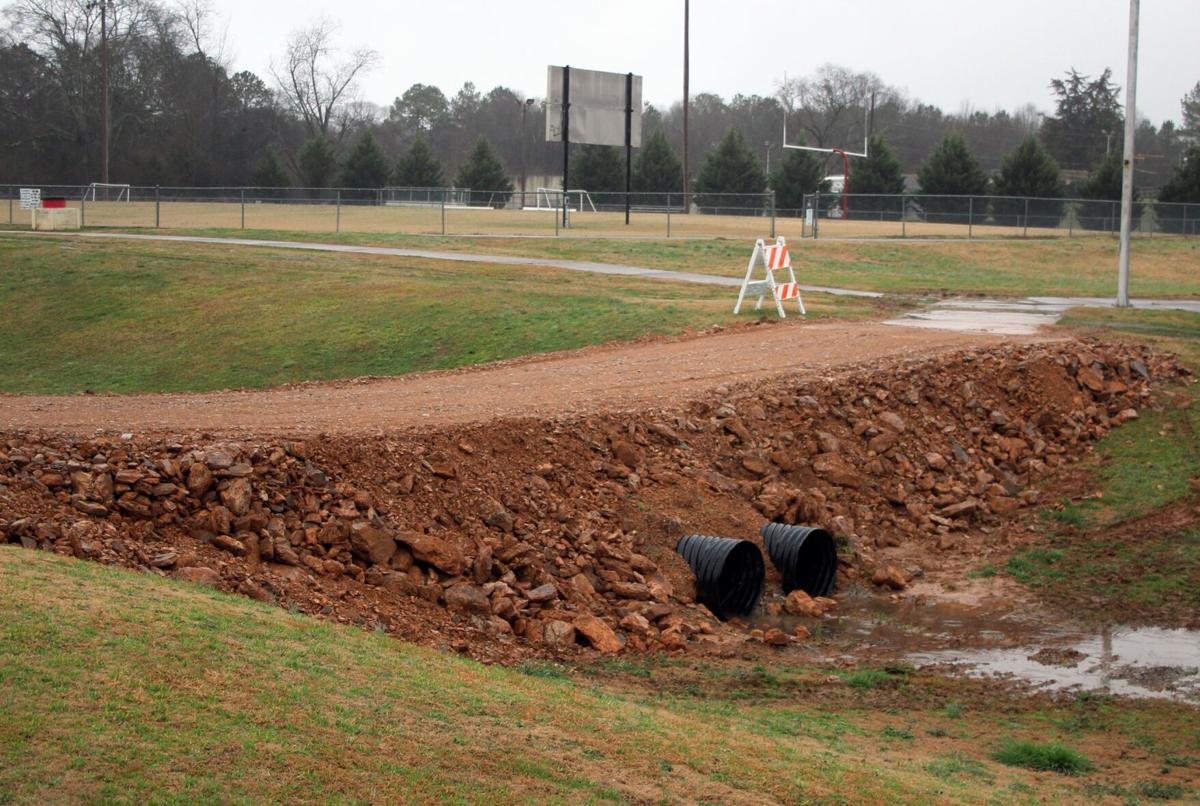 A walkway from the parking area to additional fields at Bert Wood Sports Complex in Cedartown is being converted from wooden bridge to a paved pathway as part of recreation improvements in the city.

A walkway from the parking area to additional fields at Bert Wood Sports Complex in Cedartown is being converted from wooden bridge to a paved pathway as part of recreation improvements in the city.

And if the city gets the final go-ahead on a grant, he could be seeing a lot more as Cedartown’s recreation footprint grows.

Two adult ball fields at the complex formerly known as Northwest Park are being converted into girls softball fields while other enhancements and renovations are in the planning process.

The two fields being updated — known as Fields 6 and 7 on the west side of the complex — will have new fencing with the outfield fence brought in at 200 feet, as well as new scoreboards and new press boxes.

Hulsey said the fields had not been used in a while and the fences were in bad condition. The conversion into girls softball fields will give the city a total of three type fields to help be able to host more travel softball tournaments.

The new scoreboards are around $10,000 each and were provided by a donation from the Coca Cola Company. Hulsey said the overall project will cost between $25,000 and $30,000.

Hulsey said there are also plans in place to improve more of the city’s recreation facilities, like replacing the basketball goals at the outdoor courts along Lynton Drive at the southeast corner of Bert Wood Sports Complex and continuing to work on the Goodyear Soccer Complex.

“There are several projects that we've got going on. I hope people realize though that it is a process and it’s not going to happen overnight,” Hulsey said. “But we’ve got a lot accomplished and a lot more that we want to accomplish.”

Hulsey has already started some cosmetic improvements to Bert Woods Complex, including making a pathway from a parking lot to the south fields a paved path instead of a small wooden bridge.

He has also worked to increase participation and outreach for the city’s recreation programs. The youth basketball season that is coming to a close had 101 players, while a recent soccer day camp held in cooperation with the YMCA Arsenal Rome soccer program had nearly 100 kids.

While plans are still to revamp the area around the recently established Goodyear Soccer Complex off of West Avenue with restrooms and pavilions, the city got word recently that they could get some assistance in expanding the area.

The Georgia Department of Natural Resources announced that the City of Cedartown has been selected to receive a $345,000 grant for continued renovations at the Goodyear Soccer Complex.

These renovations consist of constructing three additional soccer fields — two youth sized and one regulation sized — as well as lighting for all fields, and the addition of a parking lot.

The grant will be funded by the Land and Water Conservation Fund grant program, with Cedartown one of 26 local municipalities selected to move forward in the approval process.

These funds will be used for the acquisition, development and renovation of outdoor recreation areas all across the state.

“This is outstanding news for the City of Cedartown,” said Cedartown City Commission Chair Andrew Carter. “Providing additional outdoor recreational opportunities and continuing to build on our existing facilities is a priority for the city. Our recreation soccer program has already benefited from the use of the current fields and facilities at Goodyear, and we are excited to continue to develop this community asset with the assistance of this generous grant from the Land and Water Conservation Fund.”

The selected applicants will be invited to submit formal application proposals which will be presented to the National Park Service for final approval. Grantees are required to match the grant award on a dollar-for-dollar ratio.

“Heading outdoors is a long-held tradition and great pastime for Georgians. Whether you are 3 or 93, the great outdoors provides limitless opportunities for mental and physical wellness, enjoying time with loved ones while safely socially distanced, or just unplugging from our busy lives.” said Mark Williams, Commissioner of the Department of Natural Resources.

“LWCF is a great tool for our state and local communities who understand the irreplaceable impact of outdoor recreation.”

LWCF has existed since 1965 with the intent on creating a partnership between the federal, state, and local governments. Grants help support communities to create close to home recreation areas by acquiring and developing park land as well as renovating local parks and outdoor recreation areas.

Kayaker wants to be 2nd to paddle solo California to Hawaii

High court moves away from leniency for minors who murder

UK apologizes for racism in memorials to WWI dead