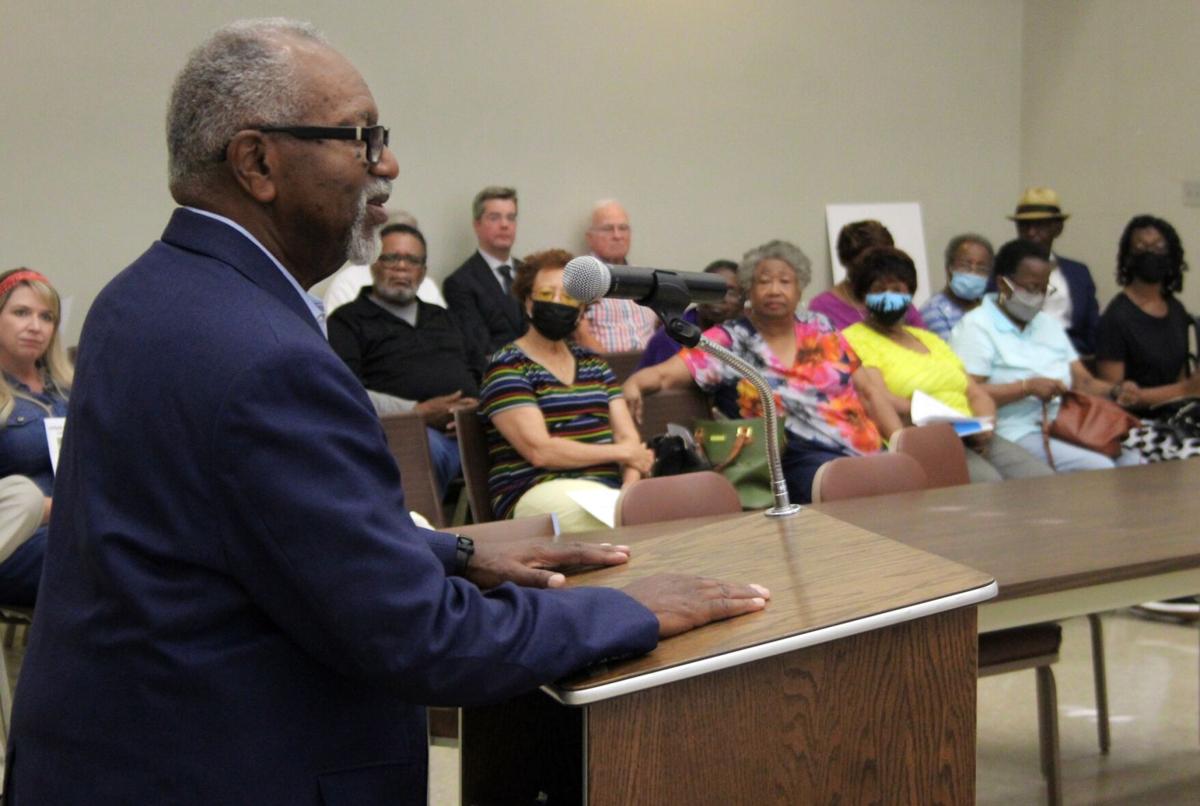 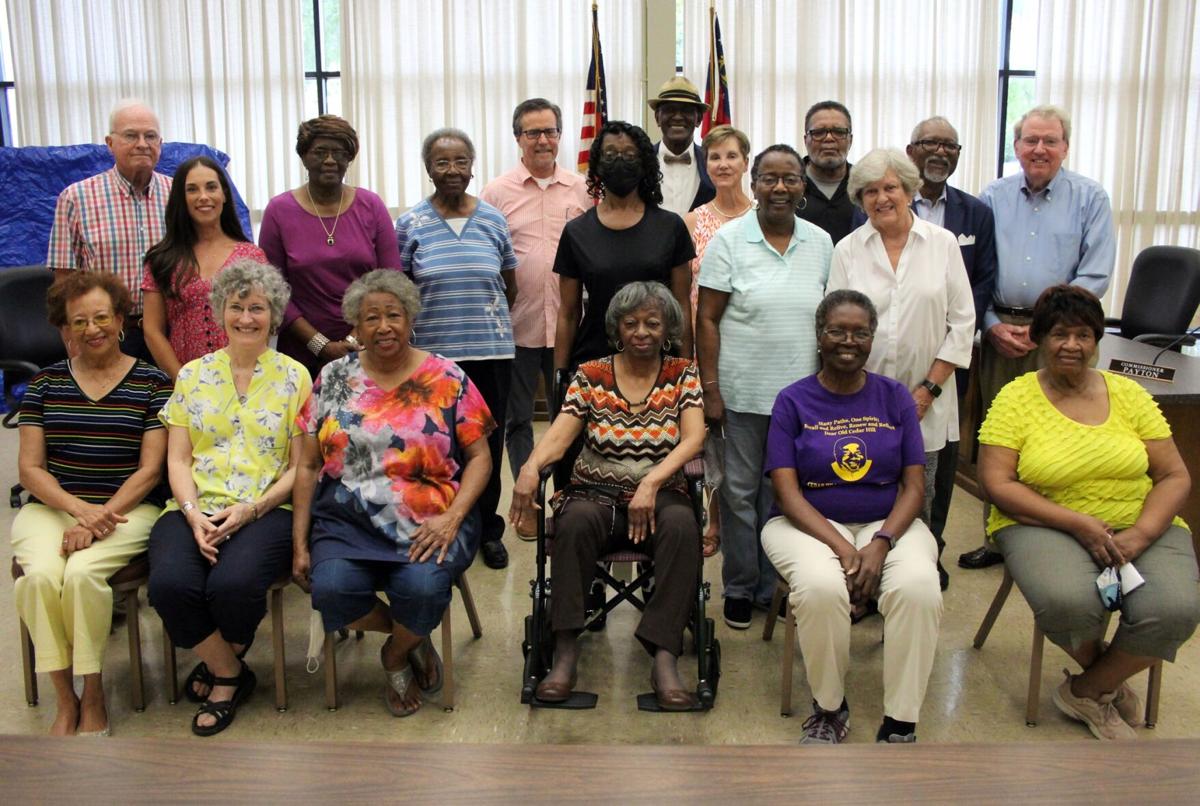 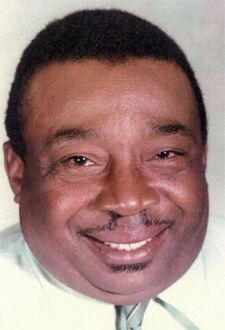 The lessons of former Cedar Hill High School coach and teacher Escue Rodgers instilled a spirit of determination and dedication into the students whose lives he touched.

Last week, a group of those students joined the Cedartown City Commission and the Polk County Walk of Fame Committee to see one of their longtime goals take the next step.

The Cedar Hill Alumni Association presented the city with a check on Monday, July 12, for $30,000 of donations to go towards the life-size bronze statue of their former coach and mentor that will be placed in the Polk County Walk of Fame.

Along with a $45,000 donation from the W.D. Trippe Foundation, the cost for sculptor Julia Knight to complete the statue has been covered.

Robert Baker, spokesman for the Cedar Hill Alumni Association support committee, thanked the city of Cedartown, the Walk of Fame committee and the alumni for helping bring the statue closer to reality.

In order to be eligible to have a statue on the Walk of Fame, a person must be selected to the Georgia Sports Hall of Fame. The Cedar Hill Alumni Association nominated Rodgers in 2017 and got word in May that he was being inducted into the group’s Legends category.

“We got a lot of support from the city commissioners, the county commissioners, some other prominent members of the Walk of Fame committee like Dale Tuck and Jane Wyatt, congressman Trey Kelly, and a number of Cedar Hill alumni,” Baker said.

“It’s been a phenomenal process.”

Once Rodgers’ induction was announced it took little time before the Walk of Fame committee approved the inclusion of the statue. The city then became the group’s fiscal agent for all funds for the statue.

Rodgers, who passed away in 1978, coached athletics at the former school for more than two decades during the 1950s and 1960s. He coached football, basketball and track for 24 years at Cedar Hill, and his teams won 85 trophies during that time.

The Cedar Hill Fighting Panthers football team was a perennial winner. During the time of segregation, Rodgers was named head Coach of the North Team, the first ever Georgia Interscholastic Association All-Star Team.

Rodgers was honored during his lifetime with numerous coaching and teaching awards including Coach of the Year from Fort Valley State in 1953, Morris Brown College Outstanding Coaching Achievement Award in 1956, and the distinguished Coaching Award from the Georgia Athletic Coaches Association in 1974.

“I played basketball for a couple of years, and he was one of my teachers for three or four years. It’s just an honor and a privilege to see him awarded with that honor,” Baker said. “It’s just an opportunity to acknowledge his legacy.”

Baker said she has already begun the process to create the statue of Rodgers, starting with a miniature model and then building up to a life-size version in clay that will be used to create the mold for the bronze statue.

Baker said the plan is to hold the unveiling of the statue July 2, 2022, during the Cedar Hill alumni’s class reunion weekend.