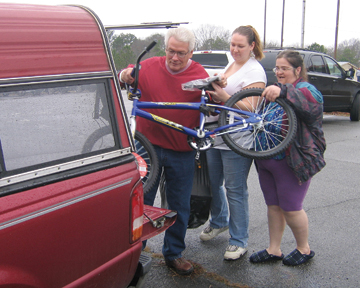 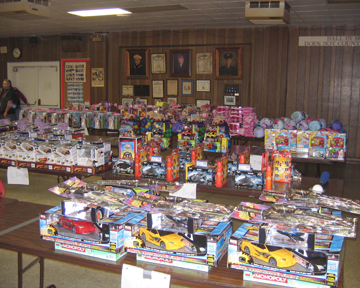 According to Post Commander James Trammell and other volunteers, this year's effort provided aid to 88 families by making sure that 172 children, aged 1 to 11, would receive toys for Christmas.

The effort was assisted by the Rockmart Lions Club, which donated funds to the Legion's program rather than funding its own toy distribution effort; and local classic car enthusiasts.

Unfortunately, some other children could have been helped if not for apparent dishonesty on the part of some who applied for assistance, Legion member Ernie Rutledge said.

Families are advised when they apply for the program that they are not eligible if they are already receiving help from another toy distribution charity in the area. Rutledge said nine families applied for both the Legion's charitable program and the Toys are for Kids program, which is organized through the Rockmart Police Department.

"They were trying to double-dip," Rutledge said.

The duplication of names was caught and those individuals were stricken off the list for the Legion toy distribution on Saturday. However, by the time those names were stricken, it was too late to call other families that also had applied, but had not been accepted because their economic need was not deemed as great as those who were approved.

In past years, the Legion program has provided toys for young teenagers in addition to the younger children. But with the current economic situation and the great number of families in need this year, Legion organizers decided to place the cut-off point at age 11. That way the program could preserve Christmas joy for as many younger children as possible, organizers said.