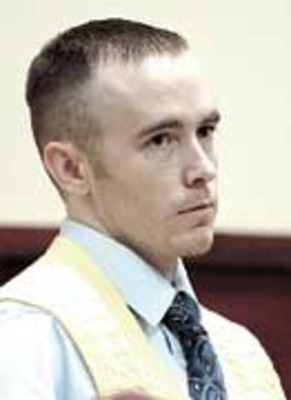 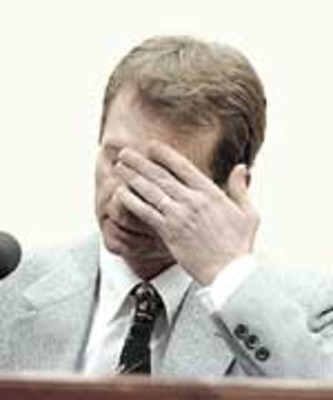 A Floyd County Superior Court jury acquitted Mark Free of the murder of Isaac Dawkins Friday night after little more than an hour of deliberation.

The jury’s foreman knocked on the door of the jury room about 9 p.m. signaling bailiffs, attorneys and family to the quiet courtroom.

The face of Free — who had been charged with murder, aggravated assault and stalking — brightened with a smile as Judge Walter J. Matthews read the verdict: “We the people of the jury find the defendant Timothy Mark Free not guilty on all counts.”

Dawkins’ family, however, slumped in their seats, their hands over their tear-filled eyes.

Prosecutors tried to implicate Free in a conspiracy with his friend Joey Watkins — who was convicted last year — to kill Dawkins, but in the end his defense attorney said the case was nothing but a conspiracy to convict an innocent man.

Chief assistant prosecutor Fred Simpson disputed the charge and said he was offended by the insinuation that the police and district attorney would soil their authority with phony allegations.

Free, 26, had been accused of the January 2000 shooting of Dawkins on U.S. 27 near Floyd College. The jury began deliberation around 5 p.m. Following an hour for dinner, the jury of nine women and three men returned with their final decision for acquittal.

Watkins, Free’s friend and co-defendant, was convicted in July and sentenced to life in prison on similar charges. Free’s defense attorneys — who also represented Watkins at his trial — claim this week’s case was more a repeat of the summer’s trial.

“I’ve seriously wondered who’s been on trial,” said defense attorney William O’Dell during closing arguments. “During the last three days this trial has not been about Mark Free. It’s been a trial against Joey Watkins.”

The defense team’s short presentation of evidence Friday called friends and family of the defendants as well as a cell phone expert to the witness stand. The expert said it was impossible for Watkins to commit the crime, based on his phone usage.

“They want you to believe that he cared so much about Joey Watkins and that they were such close friends that he would help him kill Isaac Dawkins — a man he didn’t even know,” the attorney said.

O’Dell said he felt he was at the Academy Awards rather than a murder trial.

“There were some great productions up there,” he said, pointing to the witness stand during his closing arguments. The attorney mocked the earlier testimony of Todd Beckstein, an inmate who shared a cell with Free in 2000 and who allegedly heard stories about Free shooting Dawkins.

“It was terrific and very well played,” O’Dell sai

A podcast is digging into a 16-year-old Floyd County murder case, hoping to prove Joey Watkins was wrongfully convicted of Isaac Dawkins’ murder.

Kids getting caught in crossfire as US gun violence surges