Freeman and his wife, Chelsea, on Sunday used their Twitter accounts to announce the additions of twin sons by posting “Officially a family of five.” Their first son, Charlie, was born in 2016. The Freemans did not immediately reveal names of their twins.

Due to coronavirus protocols in place at all Major League Baseball spring training sites, including the Braves’ facility in North Port, Fla., Snitker said Freeman will have to spend “a couple days” away from his teammates after reporting. Other position players already have had their intake testing so they’ll be cleared for the first full-squad workout on Tuesday.

Even so, Snitker said it was “no big deal at all” for Freeman to arrive later in the week.

“Actually, I’ll be honest with you, he doesn’t need to be here,” Snitker said. “I’m kind of glad he’s doing what he’s doing right now.”

Snitker noted Freeman normally swings well at the start of spring training “and then gets bored for 10 days.”

Even after battling high fever following a COVID-19 diagnosis before the delayed start of the 2020 season, Freeman returned to post dominant numbers. He was a runaway winner of the NL MVP award, landing 28 of the 30 first-place votes.

Freeman hit .341 with 13 homers, 53 RBIs and a NL-leading 23 doubles in the regular season. The Braves finished one win shy of the World Series when they lost to the Los Angeles Dodgers in Game 7 of the NL Championship Series.

Freeman, 31, is entering the final year of a $135 million, eight-year contract. Even in a lineup that includes Ronald Acuña Jr. and Marcell Ozuna, Freeman is the Braves’ leader and most established hitter.

The road to Macon begins as we take a look at Floyd County’s teams ready to battle.

Often shortened to ACE Charter, the Lady Gryphons journey to Armuchee with a record of 10-8 overall. Their last game was a 39-32 victory over Crawford County.

The Lady Indians, meanwhile, are riding on a high note after ousting Trion 57-56 in overtime at the Region 6-A Public girls championship game last Wednesday.

Armuchee brought home the region title for the first time since 2004 and begins its state playoff journey at 17-6. This will be the Lady Indians’ first state playoff appearance in four years.

The Darlington Lady Tigers begin their state playoff journey as the No. 3 from Region 7-A Private. Thus, the Lady Tigers start on the road. First up: Fellowship Christian Lady Paladins.

The Lady Tigers have had a two-week layoff, following the conclusion of the regular season in Feb. 9, a 41-25 win over Walker. Darlington’s current record is 7-7, including 4-4 in region play.

The Lady Paladins have more games under their belts as of late, competing in the Region 6-A Private tournament which featured a 52-33 win over Mt. Pisgah Christian last Wednesday and a 69-23 loss to St. Francis last Friday.

Darlington did not compete in a region tournament.

The Lady Tigers and Lady Paladins tip off at 6 p.m. at Fellowship Christian School in Roswell.

The Rome Lady Wolves return to the state playoffs, this time in Class AAAAAA. Runner up to Region 5-AAAAAA, the Lady Wolves will begin tournament play on home court as they welcome the Dacula Lady Falcons to Rome High School.

Rome is 21-7 overall, coming off a 64-49 loss to Carrollton last Saturday. This will be Rome’s fourth consecutive appearance in the state tournament.

Dacula earned its spot in the state tournament after a 66-51 victory over Lanier in the fourth-place game of the Region 8-AAAAAA tournament. During that region tournament, Dacula opened with a 59-39 win over Winder-Barrow, then lost to Buford 68-29.

The Coosa Eagles, as the No. 3 seed from Region 7-AA, begin their playoff journey on the road. They will meet the Lovett Lions of Region 6-AA at the Lovett School in Atlanta on Tuesday.

The Darlington Tigers begin their state playoff run at Van Es Arena. However, their first-round matchup presents a challenging opponent in the King’s Ridge Christian Tigers.

King’s Ridge defeated Lakeview Academy 63-61 in overtime last Saturday to lock up the No. 3 seed. Darlington did not compete in a region tournament and has been off since a Feb. 13, when Darlington fell at Walker 55-51.

Darlington and King’s Ridge top off at Van Es Arena at 7 p.m.

The Model Blue Devils begin their state playoff campaign as region champions, recently removed from their 55-54 triumph over Chattooga to capture the Region 7-AA championship for the first time since 2016.

They welcome the KIPP Atlanta Collegiate Warriors to Shannon for a first-round playoff bout on Wednesday at 6:30 p.m.

The Blue Devils (21-5) carry a three-game win streak over from the 2020-21 regular season. Model knocked off Dade County and Chattooga at the Region 7-AA basketball tournament.

KIPP Atlanta, Region 6-AA’s No. 4 seed, brings a 10-13 record to Model High School. The Warriors are on a two-game losing streak after falling to both Lovett and Columbia. 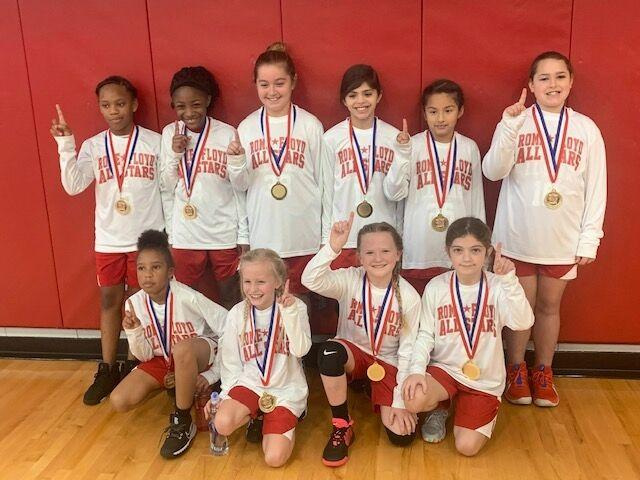 Model’s Jahari Merritt scored the lone goal at Coosa while Luke Holtzendorf picked up the assist.

“We beat a really good team in Coosa,” Blue Devils head coach Donnie Mendence said in an emailed statement. “Coosa came out very aggressive and played really well. Their goalkeeper did a great job of keeping us off the board, and their midfield was very impressive controlling the ball. We play excellent defense again led by Edgar Reyes, Jack Robinson, Zach Nelson, and Luke Holtzendorf.”

“We have to do a better job on offense with possession, and we need to create more opportunities and finish those chances,” Mendence said.

The Rome Lady Wolves moved to a perfect 6-0 in the 2021 season with a 4-0 blanking of the Calhoun Lady Jackets.

Mae Pierce recorded a hat trick in the win, while Corrine Zunbrumm scored Rome’s other goal. Janet Hartman and Zoe Diehl each had one assist.

The Lady Wolves remain on home turf and return to action Tuesday against Allatoona at 7 p.m. in a non-region match. Rome opens Region 5-AAAAAA play on Friday versus Dalton.