A Euharlee police officer ties a teal ribbon to her patrol car in recognition of Sexual Assault Awareness Month.

Thor, a K-9 with the Polk County Police Department, poses with his teal ribbon, which shows support for sexual assault survivors.

Teal ribbons are beginning to show up on patrol cars across northwest Georgia.

The colorful ribbons are part of a push by the Sexual Assault Center of Northwest Georgia to recognize and support sexual assault survivors.

The center provides free and confidential services related to sexual assault, according to Executive Director Kimberly King. The community outreach part of their mission includes going to local schools and talking to students about sexual assault prevention and how to resolve difficult or dangerous situations.

King and the rest of her staff have been working with agencies around the county in promoting this year’s theme for April — which has also been designated Sexual Assault Awareness Month. That theme is “Support Survivors.”

Going to social media, they’ve posted pictures of their staff, board members and community members with signs explaining why they support survivors of sexual assault.

“It’s kind of small, but it’s great to get the perspective of others and hear why they support,” King said. 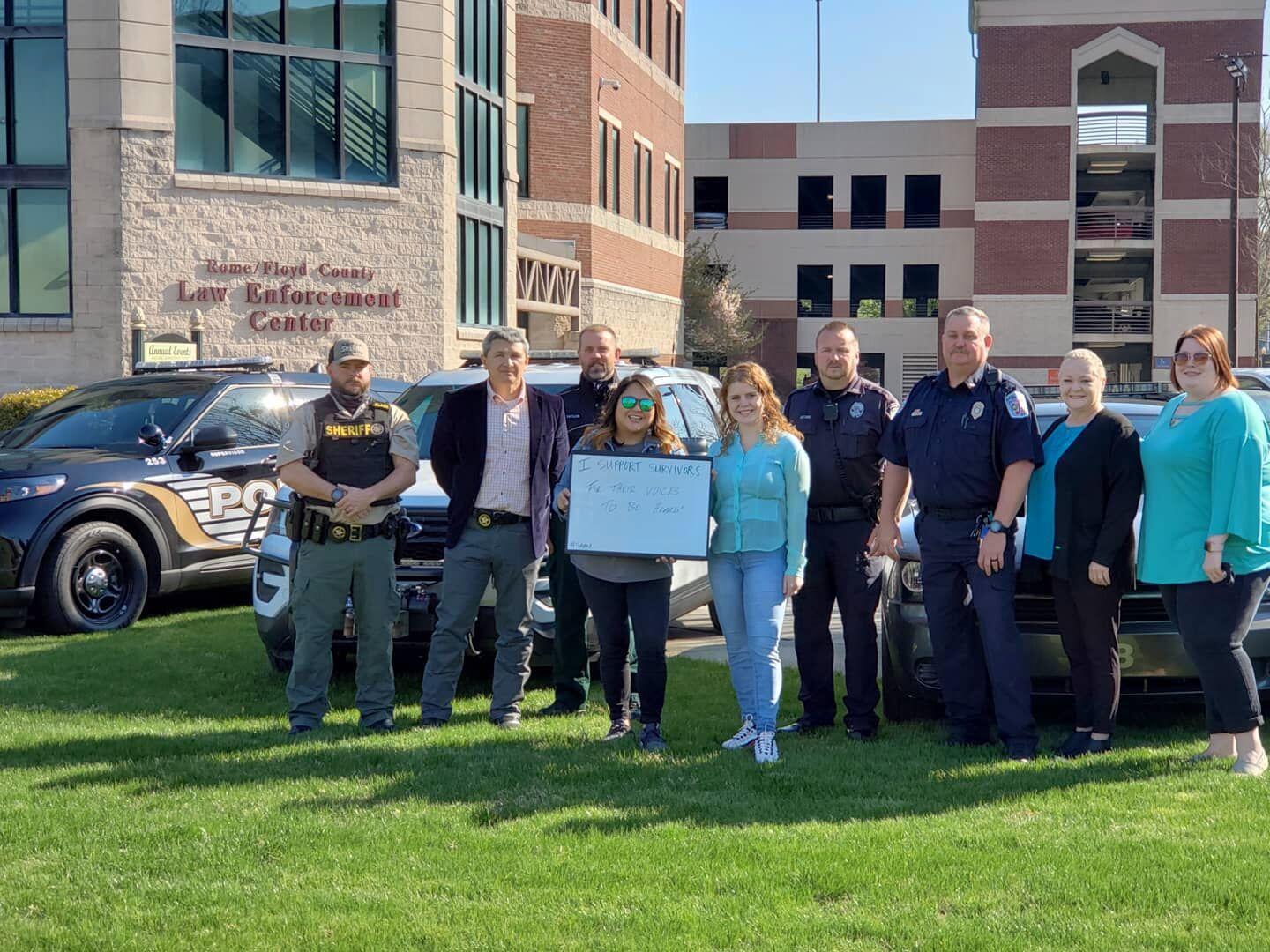 “The overall goal of that is to symbolically show our collaboration ... that we are able to serve and support survivors in the best way that we can,” King said. “It shows the community that we’re all in this together.”

On April 30, they will be partnering with Harbor House Child Advocacy Center to host The Walk to Support Survivors.

“We not only partner with them through our work, but we highly respect what they do,” King said.

Harbor House specifically works with children who have been victims of abuse. The nonprofit provides counseling and secure and safe interviews. 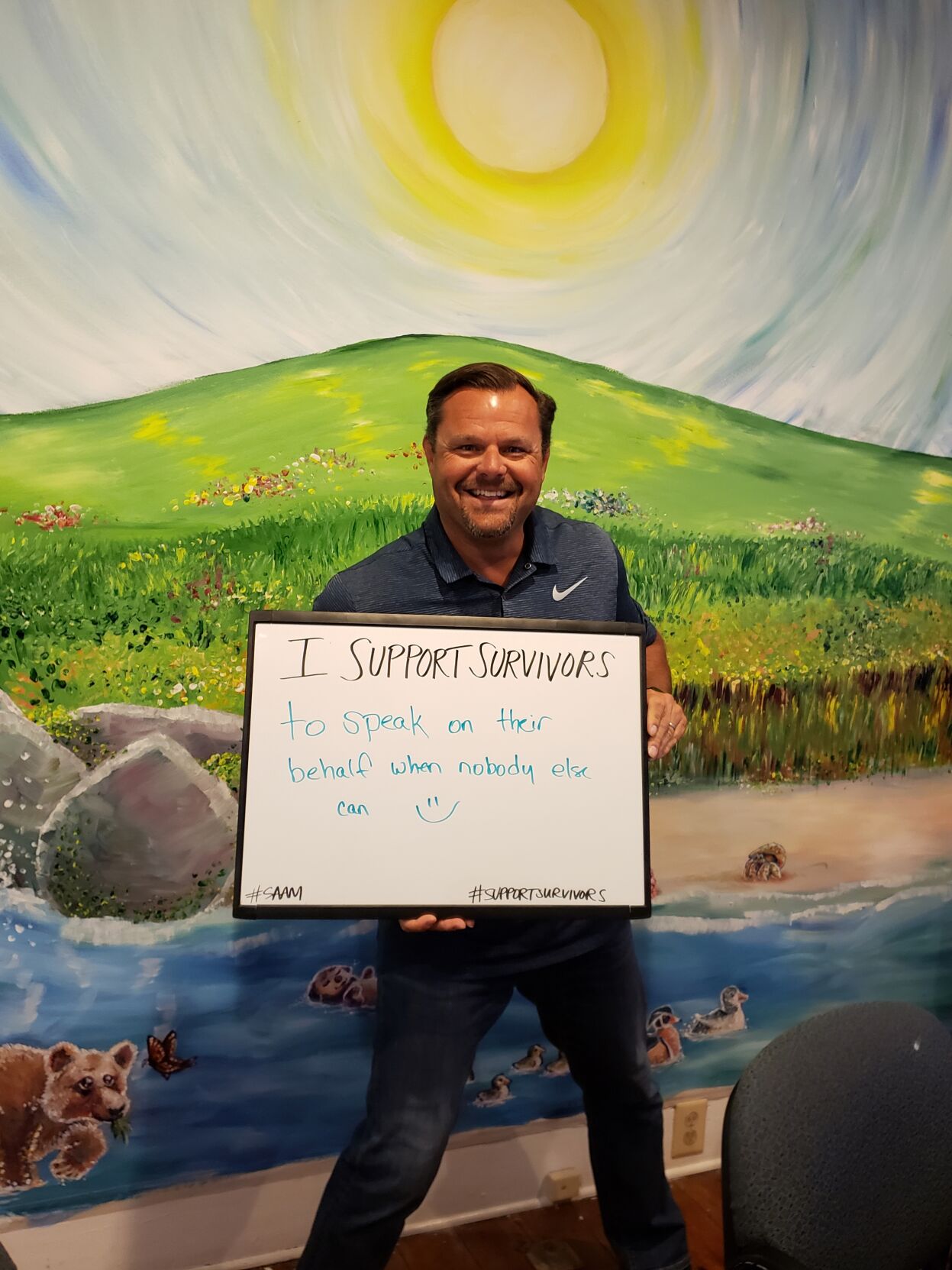 The walk will begin at Rome City Hall, 601 Broad St., and make its way down to Third Avenue before turning back around. Broad Street will be closed to allow participants to walk in the street.

Day-of registration check-in will begin at 11:15 a.m. A $7 registration donation includes a T-shirt. Participants must register online by April 17 to be guaranteed a shirt. To register online, visit the Facebook pages for Sexual Assault Center of NWGA as well as Harbor House. 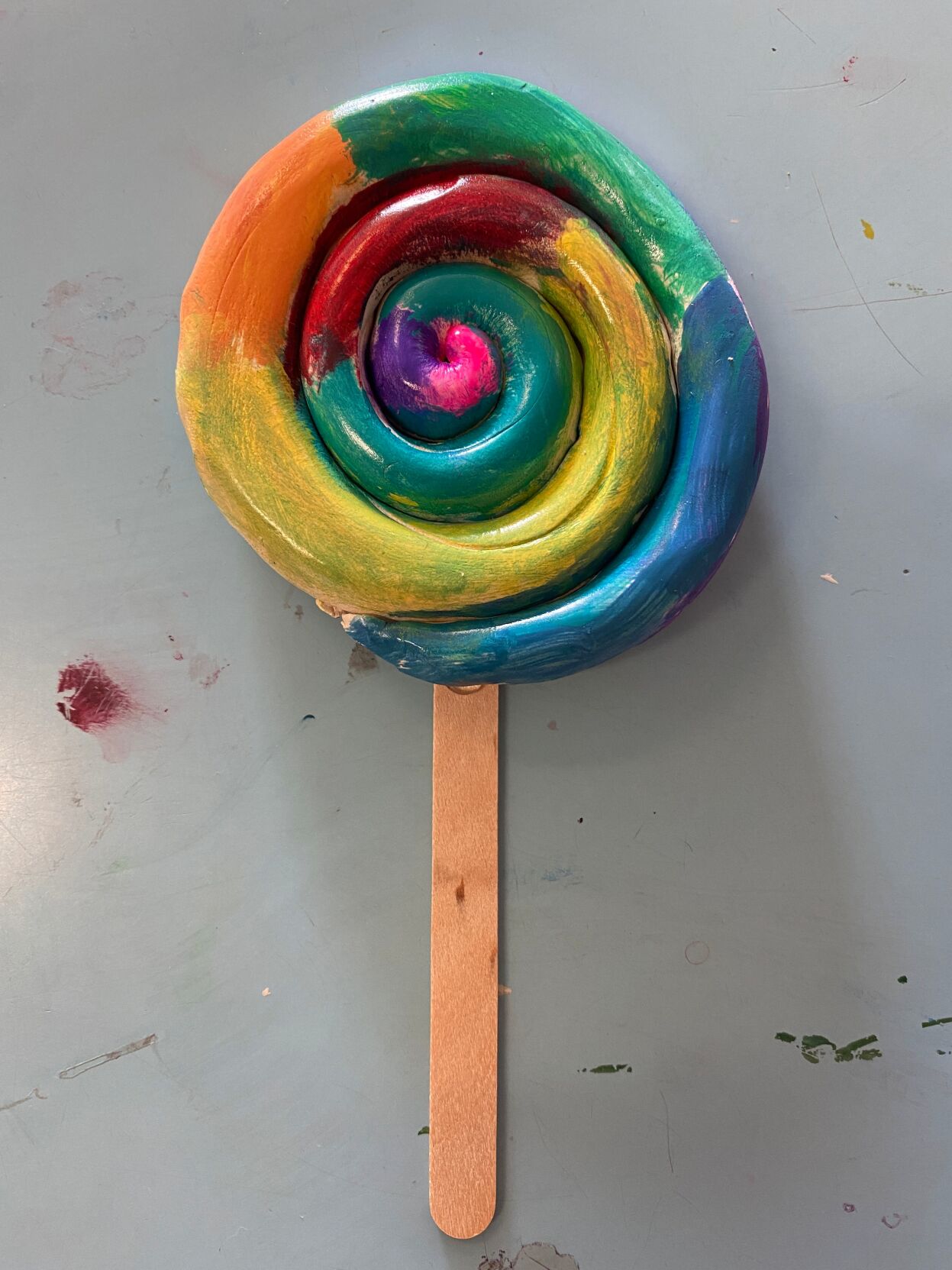 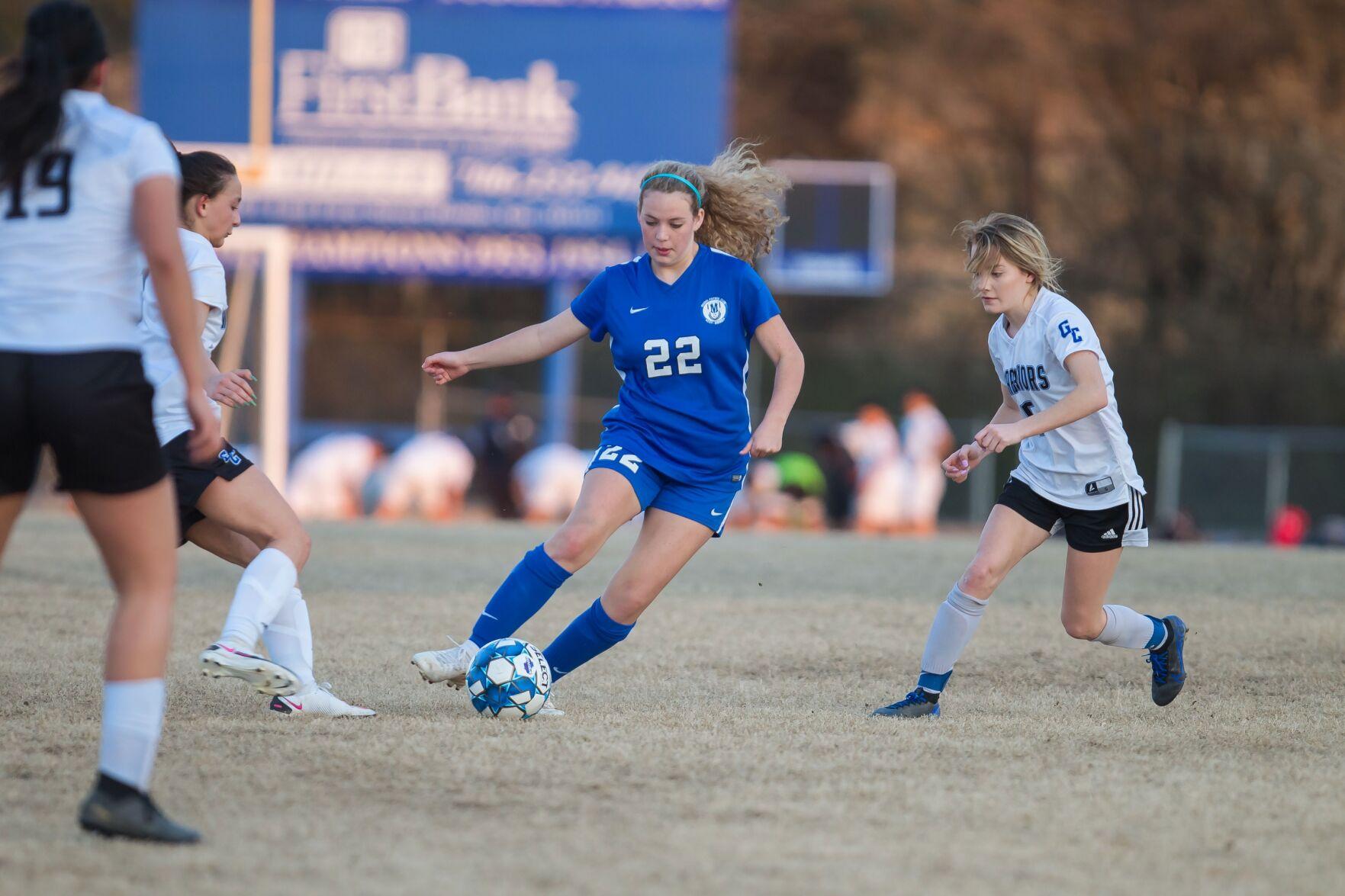 Model sophomore Hadley Johnson dribbles the ball during a game against Gordon Central at Woodard-Tuggle Stadium on March 9.

The Forum River Center was annexed by the county for court purposes. A judicial emergency order resulting from the COVID-19 pandemic halted jury trials for nearly a year.

In this March file photo, jurors take a break during a mock trial at the Forum River Center. The county annexed the event venue for use as a court facility. The area is one of two courtrooms deemed large enough to hold a jury trial during the pandemic.

Downtown business leaders are expressing serious concern about the ongoing use of the Forum River Center as a courthouse and its impact on events that bring visitors to Rome.

Jury trials are backlogged after being put on hold statewide for nearly a year under a emergency order from the Georgia Supreme Court related to the COVID-19 pandemic.

To combat that backlog locally, the county annexed the event venue for use as a wing of the courthouse. 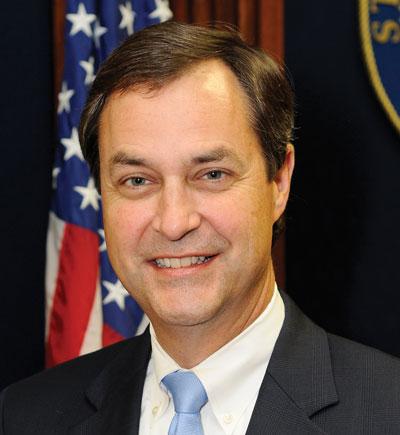 Of the four Superior Court rooms in the courthouse, only Courtroom A was deemed large enough to conduct a jury trial. The Forum provides a second space. When jurors are summoned, they’re bound by law to attend, Niedrach said, and because of state guidelines courts must supply safe, socially distant spaces.

Hearings that require fewer people in attendance are held in the other courtrooms.

The Downtown Development Authority board asked Executive Director Aundi Lesley to pen a letter to the Floyd County Commission to express their concerns. 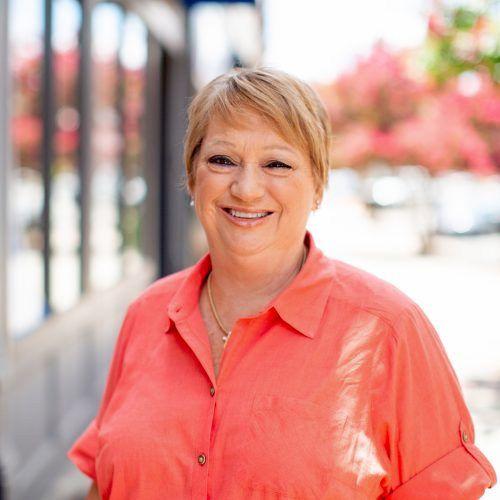 Lesley, in anticipation of the discussion Wednesday morning, pulled data from the Office of Tourism that shows events held at the Forum in 2019 had a $1.6 million economic impact on the community.

Fearing large events may be lost, DDA board member Elaine Abercrombie cited two events that have had major impact on downtown businesses: the Schnauzerfest and the Going Caching geocaching event. Both are slated for October.

“I can’t just flip a switch and use the Forum as a courthouse Monday through Friday and it be Schnauzerfest or high school graduation on the weekend,” said Floyd County Manager Jamie McCord.

The Forum is not going to be used for court purposes permanently, he said, but the county needs to do something to help with the backlog of cases. 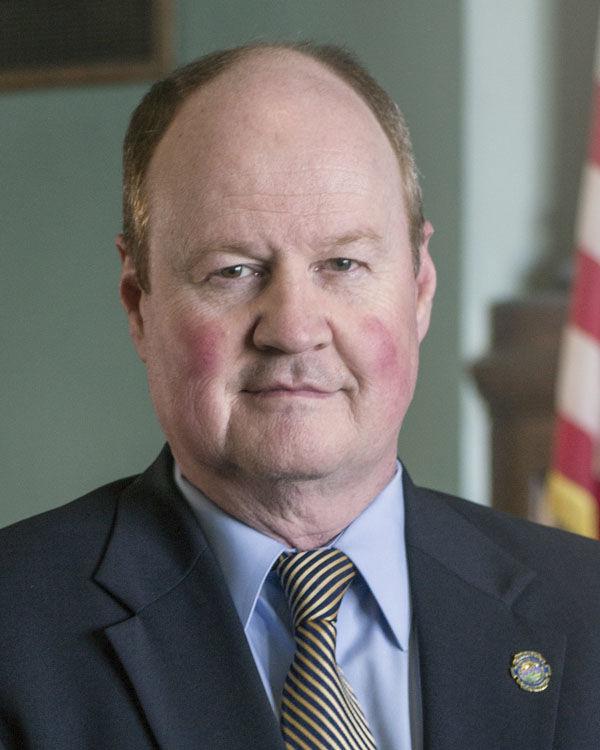 “It’s not ideal that we’re having court in the Forum, for people who use the Forum,” McCord said. “But it is ideal that we have a facility that is large enough to space out, right next to the courthouse, where they can get caught up.”

There are currently 274 people in the Floyd County Jail awaiting trial, according to jail records. That number is likely a drop in the bucket compared to the number of people awaiting trial who are out on bail.

“Due process is very important. You’ve got people awaiting trial, people incarcerated waiting trial,” McCord said. “I really want it to get back to normal but they’ve got to give the judicial folks a break and let them try to dig out of this hole.”

However, business leaders say the festivals hosted at the Forum have proven lucrative in the past. 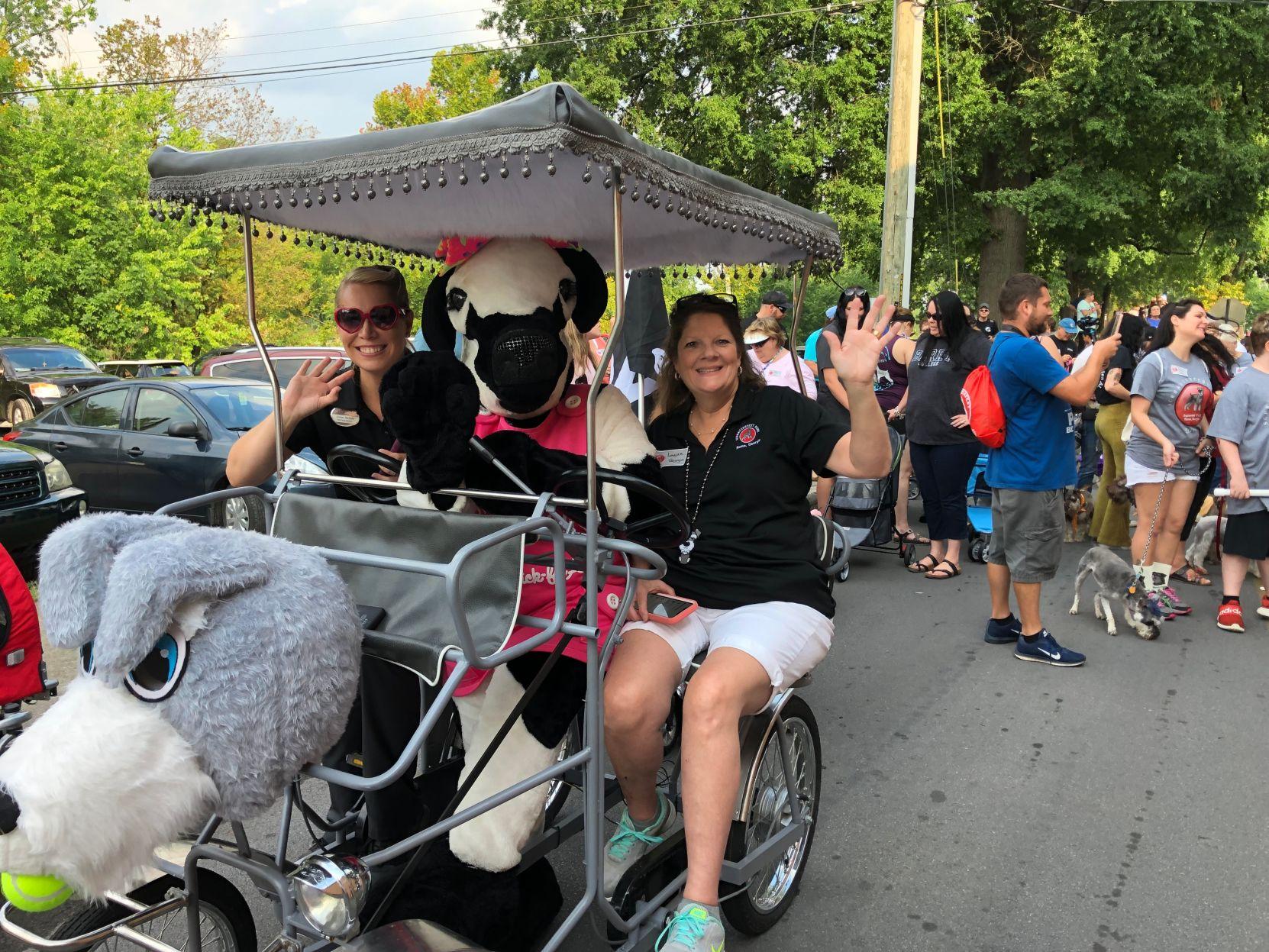 In this 2019 file photo, Alison Nichols (from left) from Truett’s Chick-fil-A joins the Chick-fil-A cow and Schnauzerfest Rome’s event coordinator Louise Popham on the Schnauzer Bike. The parade on Broad Street drew 630 schnauzers of all sizes and colors from as far away as Great Britain and Australia.

Abercrombie said that, in 2019, her shop sold close to $6,000 worth of sterling silver items during the Schnauzerfest and pointed out that people came from all over the country and even overseas.

Terri Morgan said the event’s organizer, Hugh Tyner, told her Tuesday that people from 39 states, Mexico and Canada have already registered for this year’s event.

Tyner used the arena section of the Forum for a part of his event two years ago. Morgan said that if some considerations do not change, Tyner is likely to move the entire event out of Rome.

Downtown leaders said that is disheartening because local taxpayers have spent a pretty penny in SPLOST-funded improvements to the Forum, as well as parking. That’s not to mention private investment, like the Courtyard Rome Riverwalk, to make the Forum a more competitive conference facility. 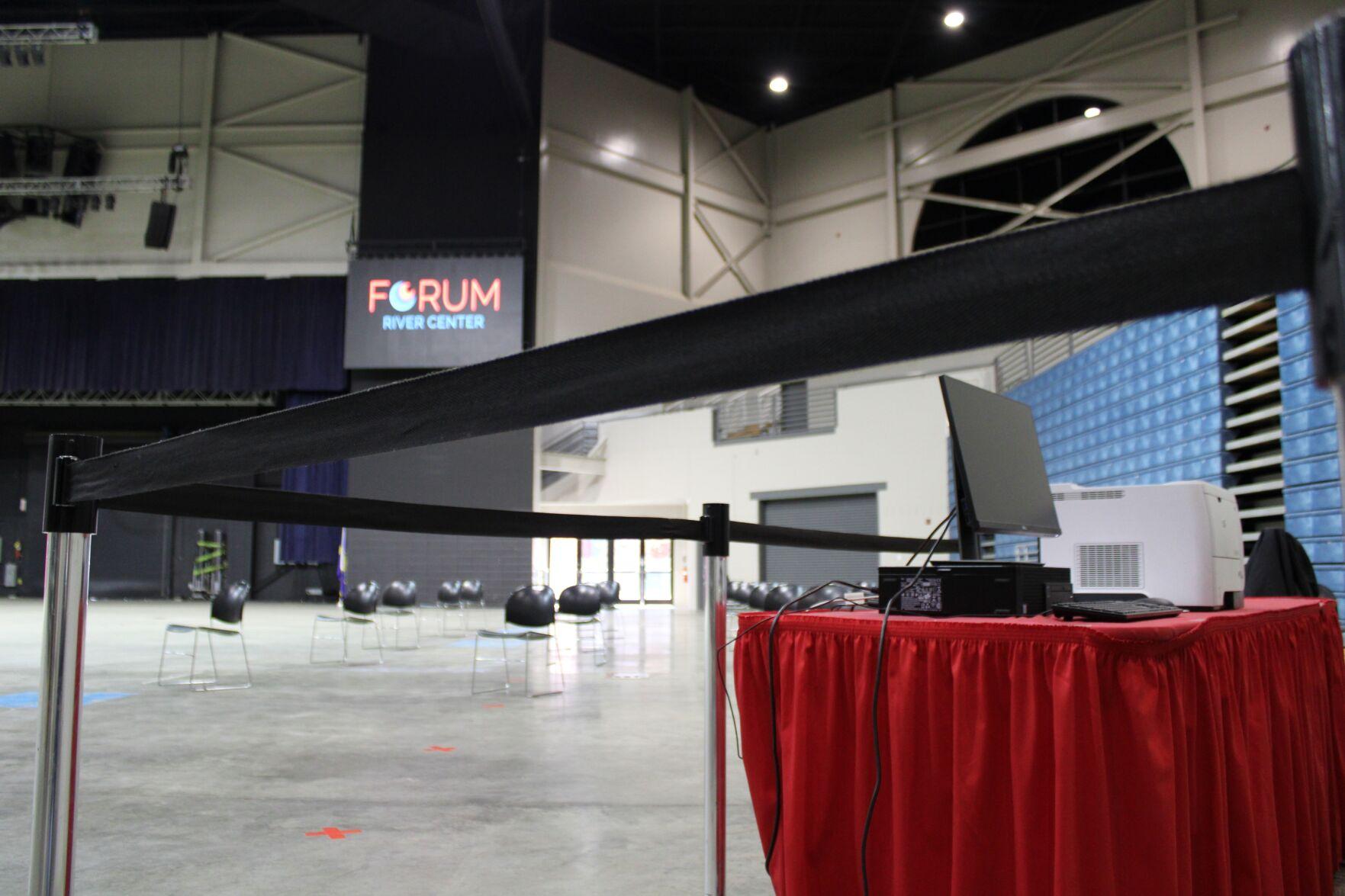 The main arena in the Forum River Center is used for initial juror check in. Seats are spaced over 6 feet apart.

FILE — In this May 5, 2019, file photo Warren Buffett, Chairman and CEO of Berkshire Hathaway, smiles as he plays bridge following the annual Berkshire Hathaway shareholders meeting in Omaha, Neb. A multitude of big-name businesses and high-profile individuals, including Warren Buffett, Amazon and Facebook are showing their support for voters’ rights. In a letter published in The New York Times, the group stressed that Americans should be allowed to cast ballots for the candidates of their choice. “For American democracy to work for any of us, we must ensure the right to vote for all of us,” they wrote.

Big business has ratcheted up its objections to proposals that would make it harder to vote, with several hundred companies and executives signing a new statement opposing “any discriminatory legislation.”

The letter, published Wednesday in The New York Times and The Washington Post, was signed by companies including Amazon, Google, Starbucks and Bank of America, and individuals such as Warren Buffett and Michael Bloomberg, plus law firms and nonprofit groups.

There were some notable absences from Wednesday’s letter, including Delta Air Lines and the Coca-Cola Co. Both companies’ CEOs had previously criticized a new Republican-backed law in Georgia that critics say will restrict voting.

A Delta spokeswoman declined to comment beyond pointing to a March 31 statement in which CEO Ed Bastian called the Georgia law unacceptable and said it could make voting harder for Blacks and other people of color. A Coca-Cola spokeswoman said the company had not seen the letter but that it stands by its support for “free and fair elections.”

It was the largest group yet to join in protests against Republican efforts to change election rules in states around the country.

“Voting is the lifeblood of our democracy and we call upon all Americans to join us in taking a nonpartisan stand for this most basic and fundamental right of all Americans,” the letter reads. “We all should feel a responsibility to defend the right to vote and oppose any discriminatory legislation or measures that restrict or prevent any eligible voter from having an equal and fair opportunity to cast a ballot.”

Many of the signers have been loyal donors to Republican political campaigns.

The letter is a direct challenge to Republican officials who have pushed for changes in state voting laws, citing former President Donald Trump’s unproven claim that he lost the November election because of fraud. At the same time, Democrats in Congress propose to overhaul federal voting law in a way that Republicans argue would interfere with state control of elections and hurt the GOP.

The business community traditionally has steered clear of taking public positions on political or social issues. That history made it remarkable when, over the weekend, more than 100 corporate executives, academics and legal experts met online to discuss restrictive voting proposals, including the Georgia law.

Yale University management professor Jeffrey Sonnenfeld, who helped organize the call, said the executives discussed withholding campaign contributions to elected officials who try to restrict voting, and even withholding investment from states that adopt such laws — although the latter seemed to draw less support, he said.

Earlier this month, 72 Black business leaders signed a letter published in the Times that urged corporate leaders to publicly oppose any laws that restrict voting by Blacks.

This week, the leaders of three dozen major Michigan companies, including General Motors and Ford, objected to Republican-sponsored election bills that would make it harder to vote in Michigan and other states.

More than 350 different voting bills are under consideration in dozens of states, according to a tally from the Brennan Center for Justice, a public-policy think tank. On Tuesday Arkansas was among the latest to approve changes to its election laws, including restrictions on outside polling places and on absentee ballots.

The pushback against GOP-backed voting laws drew a warning this month from Senate Republican leader Mitch McConnell, who told business leaders to “stay out of politics.” He warned companies not to get involved in upcoming debates in Congress over environmental policy and gun violence.

McConnell backtracked a few days later, admitting “I didn’t say that very artfully.” Instead, he accused business leaders of not reading the Georgia bill before condemning it.