The number of deaths following a surge of COVID-19 infections is continuing to climb as September is becoming the deadliest month for the virus since February.

So far, the Georgia Department of Public Health has reported the deaths of 16 Floyd County residents this month. Two more were reported on Thursday.

Deaths of Floyd County residents from COVID-19 in 2021:

Since the pandemic began, 220 Floyd County residents have died from COVID-19 and 45 more are suspected to have died from the disease caused by the virus.

At this point 247 residents of neighboring Bartow have died from COVID-19, alongside 26 others suspected to have been killed by the virus. It’s a similar story in Gordon County, which has lost around 149 people, and Chattooga County, where the disease has claimed over 70 lives.

After vaccinations were approved for use, the number of COVID-19 infections, and resulting deaths dropped dramatically. Even with the low vaccination rates in Northwest Georgia — just 36% of Floyd County residents are fully vaccinated — it appeared the virus wasn’t much of an issue any longer.

However, the highly infectious Delta variant changed things. Public Health and local medical officials are saying the primary victims of the new strain of COVID-19 are the unvaccinated.

While a small number of vaccinated Georgians with other medical issues have been hospitalized, hospitals are being overwhelmed with the unvaccinated.

Floyd Medical Center routinely releases figures on its social media showing that less than 10% of the patients they’re currently treating for serious COVID-19 infections are vaccinated. On Wednesday, of the 131 patients being treated at the hospital, 121 of them had not been vaccinated against COVID-19.

The influx of patients has devastated an already ailing medical community, and healthcare leaders across Northwest Georgia last week issued a collective plea for the community for help.

“We need your help like never before,” the letter stated. “The pandemic — its current surge driven by the highly transmissible Delta variant — continues to spread throughout Northwest Georgia and is quickly becoming a pandemic of the unvaccinated. Most new cases, hospitalizations and people in our critical care units on ventilators and advanced oxygen support are unvaccinated.”

A two week look at COVID-19 in Floyd County

New infections in the past two weeks: 1,227 (PCR+Antigen)

Deaths: total of 204 confirmed and 44 probable.

New infections in the past two weeks: 2,001 (PCR+Antigen)

Deaths: total of 220 confirmed and 45 probable.

Amanda Scholl sings the national anthem at the Sept. 11, 2020, memorial ceremony at the Firefighters Memorial Plaza. During the ceremony a firefighter rang the bell in remembrance of those first responders who lost their lives after the attack.

This Saturday will mark 20 years since the Sept. 11, 2001, terrorist attack on the World Trade Center that killed nearly 3,000 people.

To commemorate that event, a solemn ceremony will be held Saturday at the Firefighters Memorial Plaza outside Rome City Hall at 8:30 a.m. to remember those lost.

City of Rome Public Information Officer Doug Walker will be the master of ceremonies at the event. He’ll go over a timetable of the events that happened that day, which also included an attack on the Pentagon and the Flight 93 plane crash in Pennsylvania.

The ceremony will be taking place around the same time as the actual events that happened that day.

Rev. Ronnie Cowart will be giving a speech and leading a prayer during the ceremony. Phyllis Lee, widow of Rome-Floyd Fire Battalion Chief Danny Lee, will lay a memorial wreath on the firefighter memorial. Lee will be escorted by Floyd County Sheriff Dave Roberson and Rome-Floyd Fire Deputy Chief of Operations Brad Roberson.

The fire department will also have at the ceremony the old Mountain City Fire Department bell, which dates back to the 1870s.

The ceremony will take place at 8:30 a.m. at the Firefighters Memorial Plaza at 600 First St. next to Rome City Hall.

Masks are encouraged, but not required. 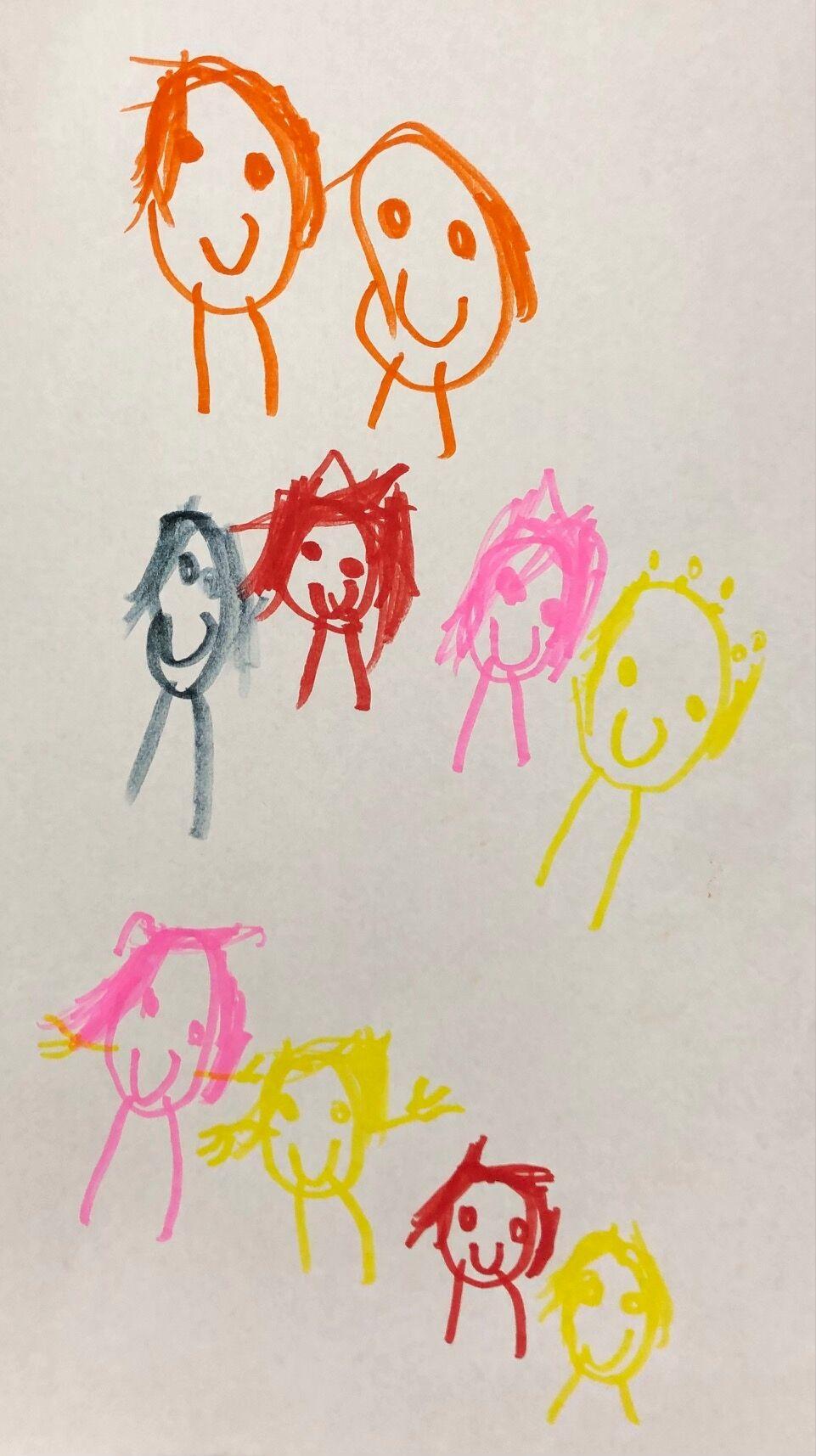 Local school systems are gearing up for the next round of education local option sales tax packages and hope to have them ready for the May 2022 primary elections ballot.

Both superintendents have been working on lists they plan to bring to the school boards and citizen committees to look over before the May elections.

The current middle school on Veterans Memorial Highway is still in good condition, he said, but the student population is growing every year.

Just last school year, the middle school had a population of 1,080, which is well over the 975 student capacity.

While the middle school has been using mobile classrooms to help with the overflow, Byars said they’re expecting the school system to grow even more.

Because of the creek that runs behind the middle school and Rome High School, they can’t expand the current building. However, they already have a plot of land across the street that was originally purchased to house buses.

If built, Byars plans to shift sixth graders to the new middle school and free up classroom space at the elementary schools.

For now, that’s the only ELOST project Byars and board members are planning.

“We might set a little aside to buy buses and technology,” he said. “The bulk of the money would go to the new middle school. ... With the cost of construction right now, it would take up the entire ELOST.”

At the Floyd County school system, Superintendent Glenn White has a much longer list of ELOST projects.

The first item, which White said is his top priority, is to build a $28 million Coosa Elementary School for students in the Alto Park, Garden Lakes and Cave Spring areas.

Cave Spring Elementary is due to close at the end of this school year. White said they also plan to eventually close Garden Lakes and Alto Park and move all those students into one large elementary school.

For all four high schools, White said they’re looking at putting in new lights and sound systems in the auditoriums for $2 million, new turf fields and synthetic tracks for $2 million and stadium seating repair for another $2 million.

After the superintendents and school board members decide on their project lists, they’ll put together committees made up of residents and parents to make the final decisions on what goes on the ballot.

While officials have planned ELOST and special purpose, local option sales tax packages together in the past, County Manager Jamie McCord said he doesn’t think the county is ready to decide on the next SPLOST.

They’re still only halfway through their 2017 SPLOST projects and they don’t have the turn around time to put together a package by May.

However, he plans to meet with City Manager Sammy Rich to see where the city is with their SPLOST projects.

A sign at the University of Georgia encourages students to vaccinate and mask up.

The University System of Georgia’s acting chancellor says they’re doing everything they can to prevent the spread of COVID-19 short of imposing a mask mandate.

The system’s policy encouraging but not requiring students, professors and other employees to get vaccinated and wear masks is in keeping with Gov. Brian Kemp’s position that mandates are divisive, and people should be given a choice.

The university system’s decision not to require vaccinations or masks comes as COVID-19 cases continue increasing at some of the system’s 26 colleges and universities.

Some faculty groups have passed resolutions demanding mask mandates in indoor spaces where social distancing is difficult and have held demonstrations on some campuses.

“I understand the concerns of some on our campuses and in our communities,” she said. “(But) attacking our presidents and campus administrators is not productive. It will not affect how we make decisions.”

MacCartney outlined steps the university system has taken to discourage the spread of the virus since classes began last month. She said the campuses have distributed 432,000 masks, 942,000 gloves, more than 1,000 gallons of hand sanitizer and more than 313,000 COVID-19 tests.

Most campuses are offering incentives to encourage vaccinations, and turnout at on-campus vaccination sites is on the rise, she said.

“It is an all-court press, and it will continue as long as we battle this pandemic,” she said.

MacCartney said surveys of students and parents found overwhelming support for resuming in-person classes this semester. The campuses shut down in March of last year when the coronavirus pandemic first struck Georgia, and students were forced to rely on virtual instruction.

“(Students) understand the challenges online learning had for them last year,” MacCartney said. “Being on campus, physically able to interact with professors, has a profound effect.”