Gov. Brian Kemp speaks at a briefing at the GBI Headquarters facility after GBI Director Vic Reynolds and GBI Director of Legal Services Jaret Usher provided updates on the work of the Gang Task Force.

DECATUR — The Georgia Bureau of Investigation’s Gang Task Force took part in 549 gang-related investigations during the fiscal year that ended June 30, up from 343 in fiscal 2020, its first full year in operation. 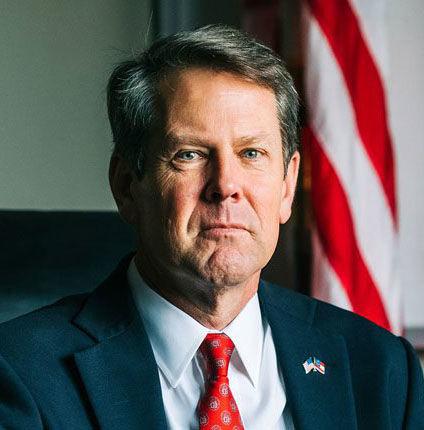 “Two years in, this Gang Task Force certainly has made an impact on gangs and violence crime,” Gov. Brian Kemp said Thursday during a news conference at GBI headquarters. “This enhanced state law enforcement presence is making progress in taking criminals off our streets and restoring law and order.”

Kemp created the task force in 2019, his first year in office, declaring that going after street gangs and human trafficking would be a top priority for his administration.

The GBI has become particularly active during the past year as violent crime spiked in Georgia and across the country, a trend law enforcement professionals and political leaders have attributed in part to tensions brought on by the coronavirus pandemic.

Along with law enforcement components of other state agencies, the GBI stepped in to help police in Atlanta crack down on street racing. At the same time, the GBI helped local law enforcement agencies across the state target gang activity.

“No matter where in Georgia, we wanted to make sure local law enforcement could reach out to specially trained GBI agents,” GBI Director Vic Reynolds said. 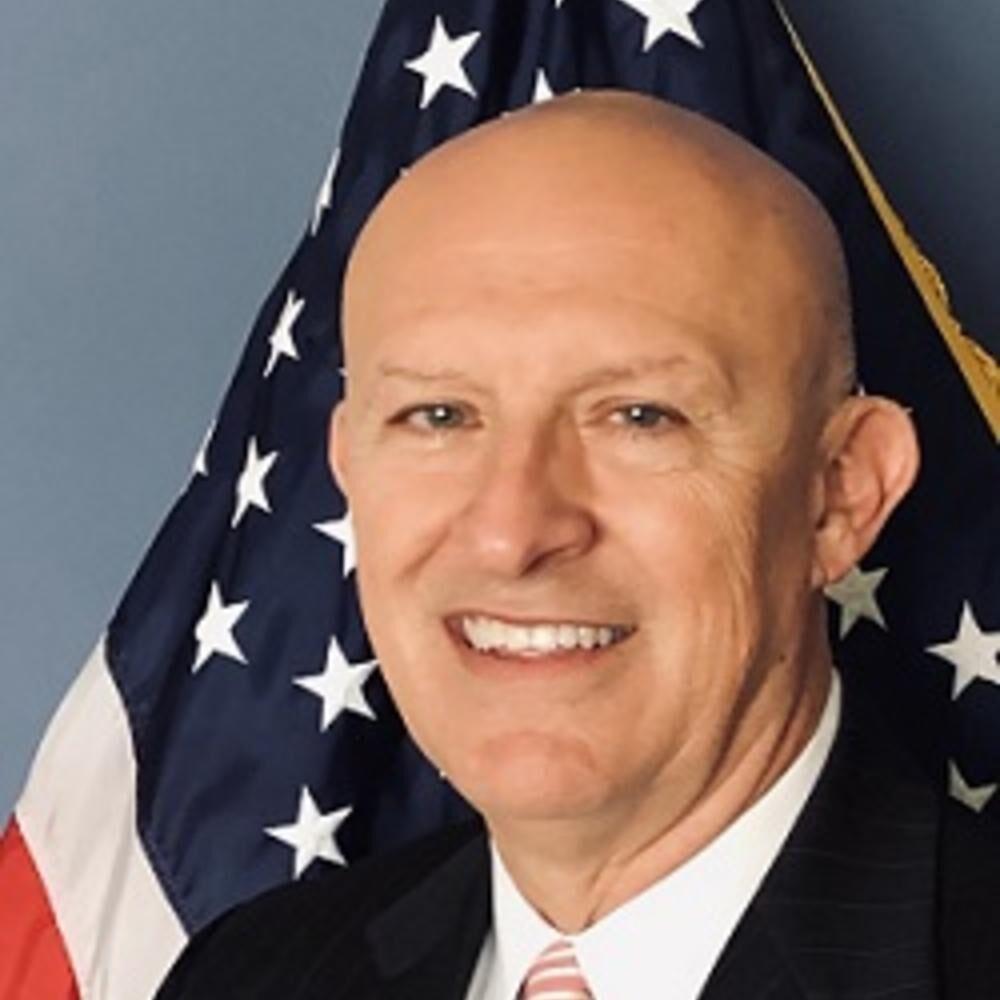 Reynolds said the GBI has helped investigate 70 different gangs and subsets of gangs during the last two years, including longtime nationwide street gangs like the Bloods and the white supremacist Aryan Brotherhood.

But Reynolds said the task force’s greatest accomplishment thus far has been raising awareness that Georgia has a gang problem.

The rise in crime in Atlanta has become a political controversy, with Mayor Keisha Lance Bottoms blaming Kemp for reopening businesses closed because of COVID-19 sooner than other states, a step she said encouraged out-of-state residents anxious to get out of their homes to come to Georgia and wreak mayhem.

Kemp said Thursday Atlanta’s crime wave is the result of inadequate enforcement of the law.

“A lack of elected leadership in the city is creating an anti-police, soft-on-crime environment,” he said. “I’m ready to stand shoulder to shoulder with any local law enforcement agency to go after violent crime and street racing. (But) I am not going to put my people on the front line.”

Reynolds said targeting street gangs is the best way to tackle the rise in crime. He cited statistics showing up to 90% of violent crimes being committed in the U.S. are being perpetrated by gangs.

“If we go after the gang members, the majority of violent crime will cease to exist,” he said. “This is a solvable, fixable crime if we allow law enforcement to do our job.”

Georgia lawmakers should use caution as they work out uses for the billions of dollars being allocated from federal pandemic assistance, the president of Georgia Public Policy Foundation said.

However, those new programs will be the result of one-time dollars coming into the state.

“I would really urge caution to our state leaders, and I hear caution in their voices,” Wingfield said. “We are one of the handful of states that have a Triple A bond rating and we really need to maintain that.”

The only categories that were a little softer were motor fuel taxes and hotel and motel taxes, which fundamentally go hand in hand.

Georgia hauled in $3.2 billion more in taxes during the last fiscal year – a period dominated by the worldwide pandemic – than it brought in during fiscal 2020. Net tax receipts of $26.9 billion during fiscal 2021 along with $4.8 billion in federal COVID-19 relief leaves the state sitting on a large surplus,

Wingfield told Rome Rotary Club on Thursday the new Census numbers indicate that Georgia has added the equivalent of the population of Montana or Delaware over the past 10 years.

Looking at growth trends, the question is what will be the impact of growth relative to public policy in four key areas: education, healthcare, tax reform and housing affordability.

In the private sector, he said, we can expect a measure of price inflation at the consumer level for a while.

“We have a finely tuned supply chain globally that has been shut down at different times and in different places and we’re working that out,” Wingfield said. “My gut tells me it’s with us for a few years.”

Companies that had been reticent to allow employees to telecommute prior to the pandemic have realized its viability. That, he said, may have an impact on commercial real estate going forward as companies realize they don’t necessarily have to be located where their employees are.

“I don’t think we’re finished seeing even the start of what the new normal looks like yet,” Wingfield said. 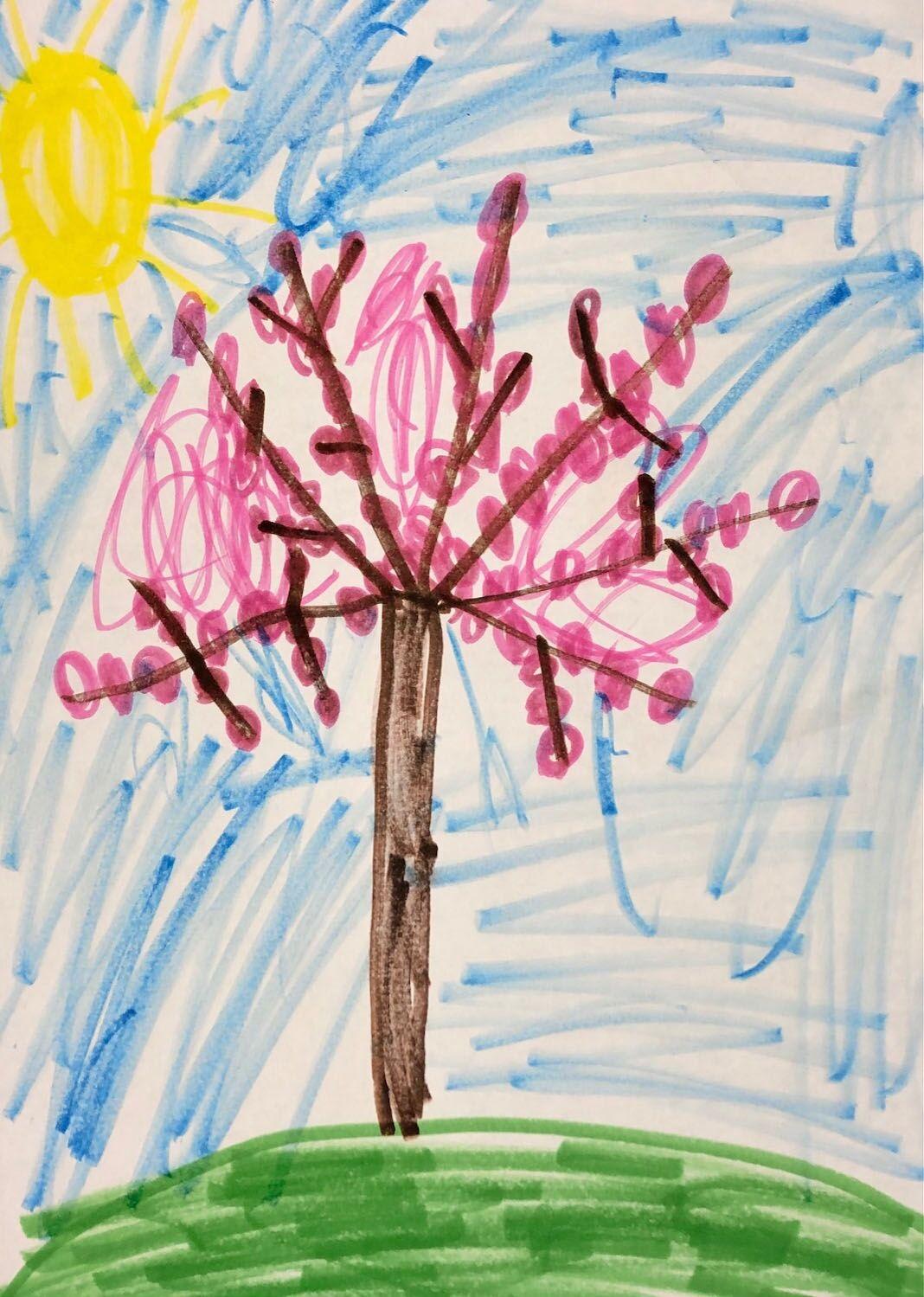 The county should be receiving around $19.1 million from the federal COVID relief act. County Manager Jamie McCord said they have already received some of the money, but they don’t want to begin making plans until they receive further guidance on how they’re allowed to spend it.

“The final guidance is supposed to come out within the next two weeks,” McCord said. “At least to this point, we’ve mostly talked about infrastructure: water, sewer and broadband projects. Those are very clearly defined as uses.”

Previously, McCord talked about the need for broadband internet expansion in the more rural areas of the county, especially in northern Floyd County. That need became apparent when the pandemic hit.

If the county chooses to put the money toward internet access for rural areas, it would be a combination of broadband investment and the infrastructure to support it.

The county could look at other potential uses, such as revenue replacement, negative economic impact and public health.

However, the county manager said he wants to “be patient” and not jump the gun on spending the COVID relief funds.

Once they have the final guidance, McCord and his staff plan on creating several proposals for the commissioners to review and take a vote on.

“We have until 2024 to spend all the funds and that’ll be here before we know it,” he said.

While the county had some revenue losses in parks and recreation, the Forum and tourism, the government as a whole didn’t have a great loss, according to the county manager.

“I want to take our time, get our plan together and do what’s right for the community and taxpayers,” McCord said.

City Manager Sammy Rich said they’re still waiting on crews to finish up on other roads, such as Charlton Street, before they begin repaving those.

Right now, Rich doesn’t know the schedule for the repaving. He said the contractor AGL hired would have to work with the Georgia Department of Transportation on that.

Pipeline work and road restoration is expected to be complete by mid-fall, according to AGL representative Mekka Parish.

At this point the company estimates the pipeline will be complete and functional by Sept. 8.

The Charlton Street portion — which has garnered many complaints from the Summerville Park community over the past few months — has about 178 feet of pipe installed on the west side of the street.

According to an AGL progress report printed on July 7, the residential street is 71% finished and construction workers plan to move on by Aug. 2.

The drilling is expected to be finished by the end of the month as well.

The pipeline in its entirety travels west along Alabama Highway and Shorter Avenue, eventually going north on Watson Street. From there the pipeline heads east on Elm Street across Lavender Drive to John Davenport Drive.

It then continues north on North Division Street, east on Charlton Street and south on Martha Berry Boulevard to the area of the post office, where the line crosses the Oostanaula River to Ridge Ferry Park.

From Ridge Ferry Park, the line runs along Turner McCall Boulevard to Martin Luther King Jr. Drive to Kingston Highway and ends at the AGL facility known as Rome Tap One.

The pipeline will ultimately help power the International Paper plant in Coosa and provide a 300 psi system feeding roughly 494,000 cubic feet of natural gas per hour. The average residential home uses about 168 cubic feet a day.

Anyone with a question or has had any damage to their vehicle from the pipeline work can call the AGL hotline at 404-584-3130.