It’s been a busy year for the part-time Georgia General Assembly, with both the regular 40-day session and the special redistricting session that just ended.

And in less than two months they’ll be starting up again.

Lawmakers go back on Jan. 10 for the second, and final, year of the term. Some are already prefiling new bills, but bills that weren’t passed this year are still alive for consideration.

Floyd County’s legislative delegates have a handful in various stages of the process.

Sen. Chuck Hufstetler, R-Rome, introduced Senate Bill 317 on the 39th day of the regular session — a practice he’s used in the past to give the affected parties time to review the proposal. 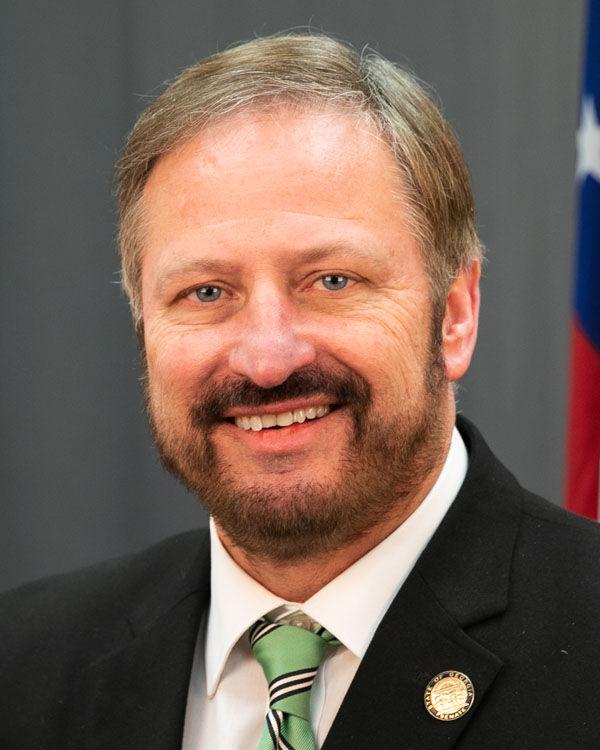 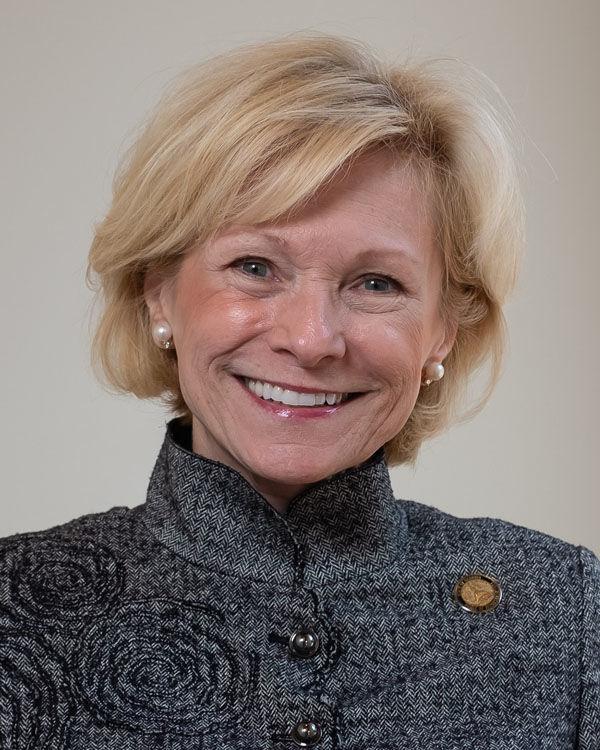 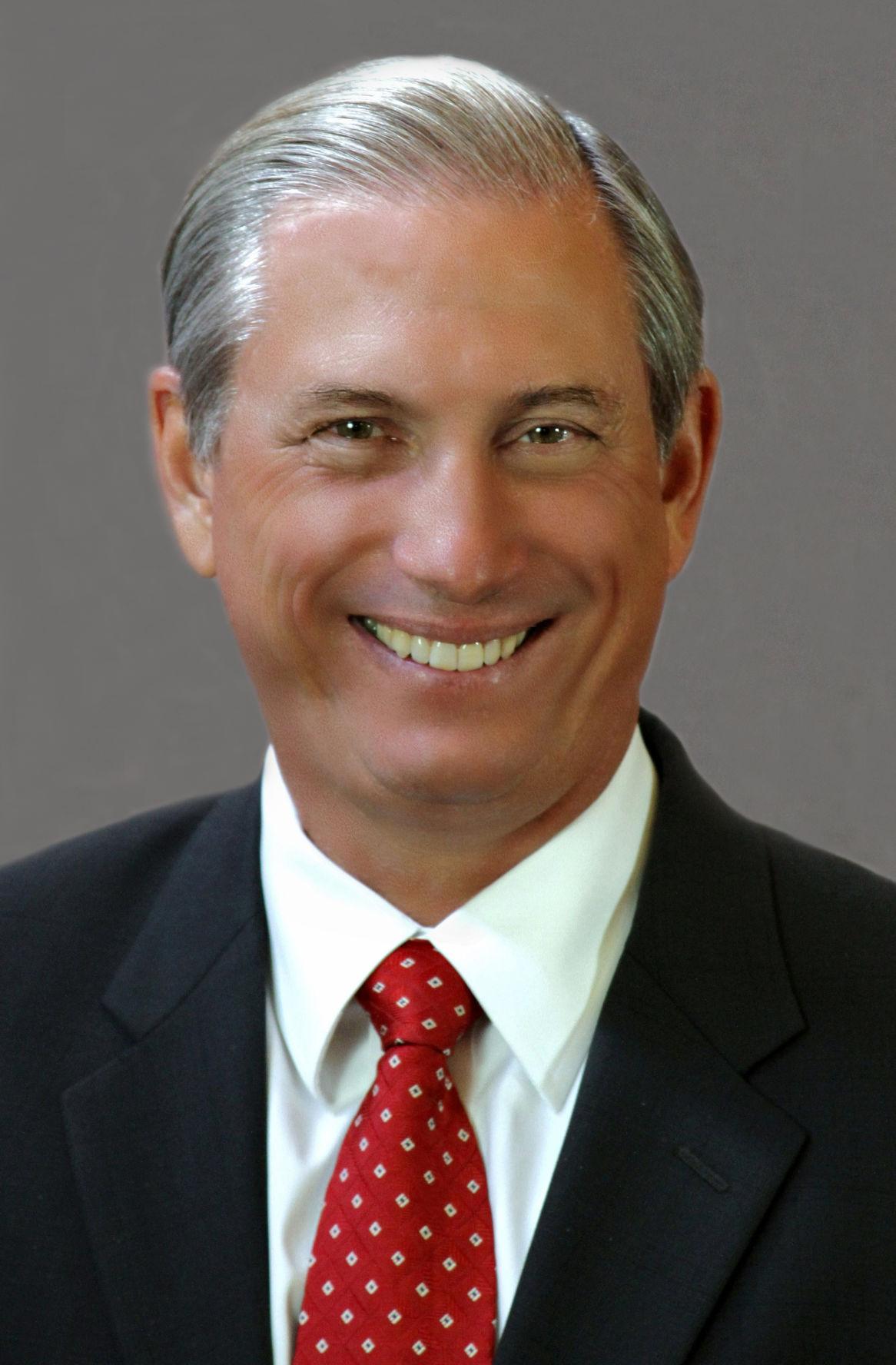 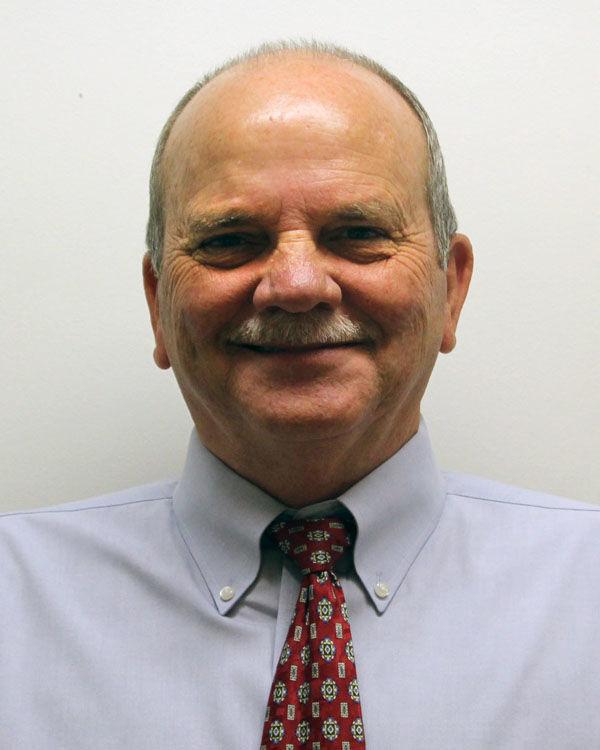 SB 17 would let advanced practice registered nurses and physician assistants working in clinics dispense prepackaged prescription medications, with the authorization of the physician who oversees them. It would not apply to controlled substances such as opioid pain relievers.

The measure is aimed at boosting healthcare services in more rural areas where doctors are scarce.

Hufstetler chaired a special study committee in 2020 that looked at expanding the role of mid-level providers — APNs and PAs. Some of its recommendations passed that year but he’s said there’s more that can be done.

He’s also the sponsor of SB 262, which would ban the sale and use of coal tar sealants on asphalt surfaces such as driveways and parking lots.

The products contain PAHs, polycyclic aromatic hydrocarbons, that are linked to environmental and health hazards. They’ve been banned in several states, including Minnesota, Wisconsin, New York and Washington.

The bill is awaiting action in the Senate Committee on Natural Resources and the Environment.

Hufstetler also has bills pending to update the 1980s-era laws related to HIV and to have the Georgia Technology Authority develop a standard website design for all state agencies, with an eye to security and accessibility to people with disabilities.

Another measure he sponsored, SB 31, would establish a pilot program to test an indigent care credit exchange.

The idea is to allow healthcare facilities that provide more free care to sell the excess to those that don’t do enough to meet the requirements set by law.

It’s been assigned to the Senate Finance Committee that he chairs.

Rep. Katie Dempsey, R-Rome, also has a few bills that are partway through the process.

Her House Bill 713, submitted a few weeks before the regular session ended, has already had one committee hearing.

The Reducing Street Homelessness Act would let cities and counties set up “structured camping facilities” — with water, electricity and bathrooms — that homeless people could use for up to six months.

It would also require cities with large homeless populations to fund outreach teams to connect people living on the street with social services.

Dempsey worked with some advocates and the bill has bipartisan support. However, other advocates are concerned it will take money away from shelters and programs aimed at getting people into permanent housing.

She also has HB 291, which would expand eligibility for tuition equalization grants to some private nursing schools, and HB 412, which would set up a licensing board for applied behavior analysis professionals.

Rep. Eddie Lumsden, R-Armuchee, has one measure, HB 136, awaiting a recommendation from the House Special Committee on Election Integrity.

The bill would establish a way to appoint an acting election superintendent in the event of a vacancy in counties where the probate court judge runs the elections.

Chattooga County ran into that problem when COVID-19 took the life of longtime Probate Judge Jon Payne on Aug. 18, 2020.

The bill is cosponsored by Rep. Mitchell Scoggins, R-Cartersville.

Scoggins later sponsored HB 726, which would set up a county elections board if a probate judge doesn’t want to oversee elections. It’s also awaiting action by the special committee.

Dustin Rikard (left) serves shredded turkey to the hungry folks in line at the Love Feast.

Sylvia Shields sings “Thank You Jesus” to Love Feast volunteers just before the doors open for people to grab their food.

A memorial table dedicated to the Rev. Warren Jones sits in the middle of the Rome Civic Center.

Rev. Terrell Shields (right) speaks to the volunteers prior to opening the doors to feed thousands of people.

Christiana Owens, 8, fills people’s bags with cakes and other desserts.

Love, smiles and laughs were seen all around the Rome Civic Center as thousands of hungry people were fed at the 33rd annual Thanksgiving Love Feast.

Just before the doors opened at 11 a.m., the organizer, the Rev. Terrell Shields, offered a brief speech to all of the volunteers.

Shields also held a moment of silence for Rev. Warren Jones, who passed away earlier this year at the age of 99. When Shields started the Love Feast in 1988, Jones was one of the first to be involved.

There was a memorial table sitting in the middle of the room dedicated to Jones. On the table were flowers, cupcakes, one his favorite poems and around 3,000 crosses for people to take as they left.

“His whole life was about serving other people,” his daughter Jan Fergerson said. “He instilled that in his family.”

Then, the doors opened and the day of giving began.

Just like in 2020, the Love Feast was pickup and delivery only, instead of the usual crowded sit-down meal of years past. Volunteers and hungry patrons had to wear masks and use hand sanitizer before handling food.

Folks went through the buffet line with their to-go boxes and serves gave them portions of turkey, cranberry sauce, vegetables and other Thanksgiving food. At the end of the line, servers handed people bags of cakes and other desserts before sending them out the back door.

Trina Davidson has been volunteering for the Love Feast for 33 years and is a bit of a do-it-all helper.

“It’s been a blessing,” Davidson said. “It gives me chills thinking of people that need clothes and food. You don’t know what’s out there. To be able to give them a good hot meal is an honor.”

“I think Love Feast is very helpful to them,” Garcia said. “I’m here because I want to help.”

In the back of the kitchen, Vietnam War veteran Robert Carey helped with meal prep.

“I just like to volunteer, be around people and give help to folks that need it,” he said. “That’s what we are here for. To those that need this, I’m sure they are very grateful.”

The smiling faces and “have a happy Thanksgiving” cheers showed just how positive of an experience the Love Feast can be for people in need.

“I love the people here,” Seth Hopkin said. “These people have such lovely personalities and they’re very outgoing. 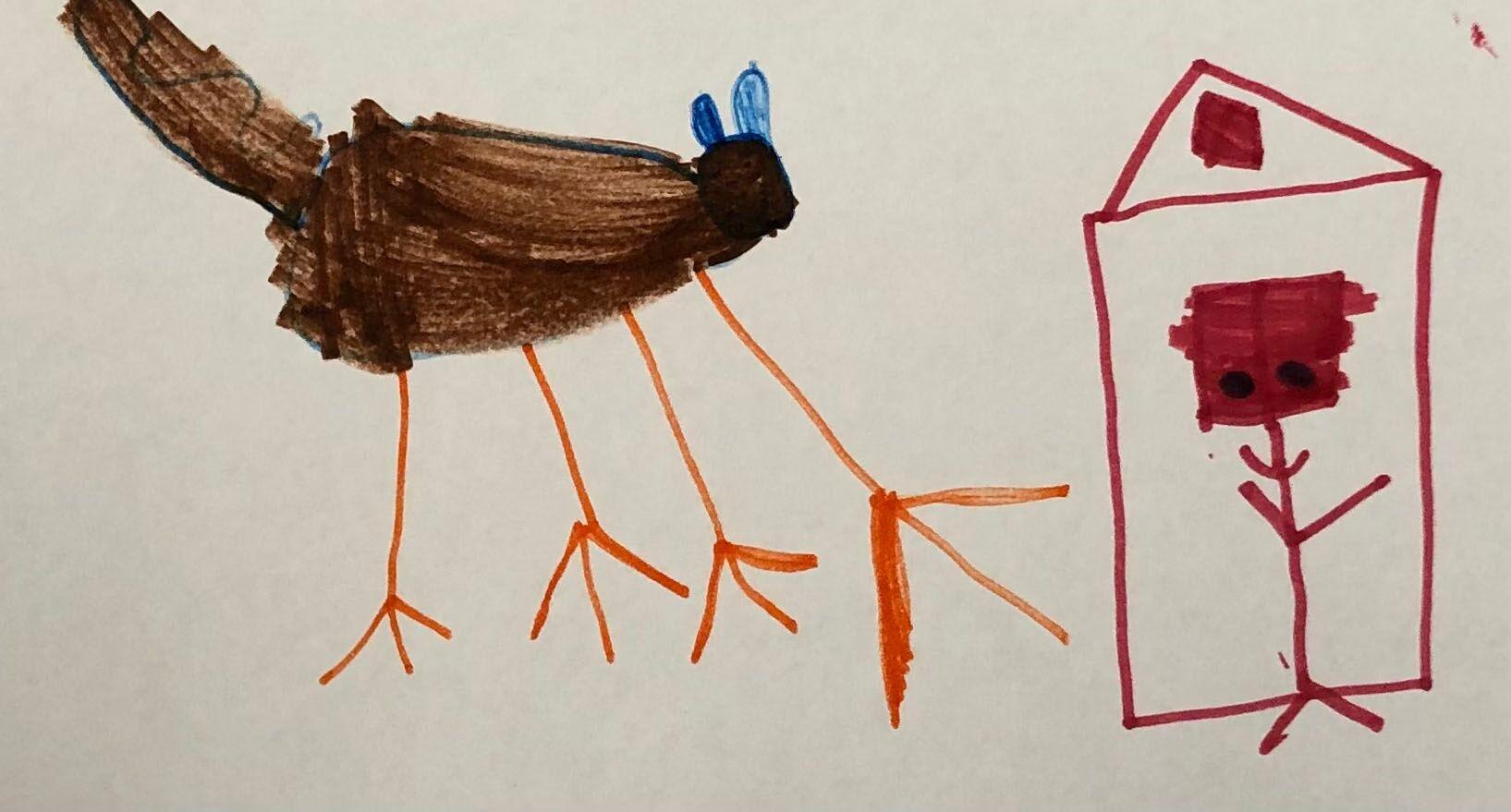 The Salvation Army is looking for Christmas season bell ringers at locations in Floyd, Chattooga and Polk counties.

Also called the Red Kettle Campaign, the Salvation Army has had bell ringers every Christmas since 1891 when Captain Joseph McFee collected money in a red pot to feed 1,000 hungry people in San Francisco, California.

In Chattooga County, volunteers are needed at the Trion Walmart and the Summerville Ingles.

In Polk County, volunteers are needed at the Rockmart and Cedartown Walmarts and the Cedartown Kroger.

All kettles will support virtual payment options including Apple Pay, Google Pay, PayPal and Venmo. There is also a virtual kettle online at give.SalvationArmyGeorgia.org.

All money collected will go toward providing food, safety and housing for local Floyd, Chattooga and Polk county residents.

Those interested in volunteering should call Lead Case Worker Cathy Hart at 706-291-4745 or email her at Catherine.Hart@uss.SalvationArmy.org.

“Many businesses, organizations, families, and churches have found it to be a wonderful way to get involved in service,” Hart said. “The idea is to have fun and spread the love of Christ. Love is contagious.”

The Rome Exchange Club’s Toys for Tots program has received 738 applications from Rome families so far in 2021.

The Rome Exchange Club’s Toys for Tots program has been growing over the past several years, and served a combined total of 900 families in Floyd, Chattooga and Polk counties last year alone.

That number may be larger this year, as organizer Linda Hatcher said the group has received 738 applications from Rome families so far.

Even with the growing number of families in need, the community continues to supply large donations of toys and money to the program. Hatcher said there are over 250 donation boxes throughout Rome, including at grocery stores and medical offices.

People also have been turning out to volunteer at their base of operations at the Coosa Valley Fairgrounds. On Tuesday, Ball Corp. employees came out and bagged up toys for 120 families.

“People are being overly generous with money,” Hatcher said. “Hardy Realty walked in with a $10,000 check ... Freedom Seekers stopped by with a $16,000 check ... So we’re way ahead of money and toys and we haven’t even brought in our donation boxes to the warehouse yet.”

Hatcher said they are still very much in need of toys for boys and girls below 2 as well as ages 10 to 12.

Families can still apply for toys on the rome-ga.ToysForTots.org website through Tuesday. Parents will be prompted to provide family information and, starting with the youngest child, the name, age, and top three interests of the child. Volunteers will try their best to match up the toys with the child’s interests submitted.

Those who complete the registration process will be emailed a confirmation within seven days with information as to the pick up date and time for their family.

Toy distribution will take place all day on Dec. 18. The Rome High School Jr. ROTC will be on site helping load up cars and distribute bags.