This screenshot of new Floyd County cases taken on Tuesday, July 20, shows a sharp increase in the number of new COVID-19 infections since Friday, July 16. The agency does not release new data over the weekend.

It’s been just over two weeks after the Fourth of July holiday and Georgia, Floyd County and some surrounding states have all reported jumps in new COVID-19 infections.

Georgia’s seven-day average has more than doubled in the last month, according to Department of Public Health records and over 2,000 new cases were reported statewide on Monday as well as another 1,055 on Tuesday.

A corresponding rise in COVID-19 hospitalizations in Georgia is mainly in ages 29 to 40, and almost all of those patients are unvaccinated, Dr. Carlos del Rio said at a media briefing sponsored by Emory University in Atlanta.

“The rise in cases is strongly correlated with low vaccination rates,” Dr. del Rio said. “If you are not vaccinated, you are really in trouble,” del Rio said.

Much of the new rise has been attributed to the more virulent delta variant of COVID-19, politically fueled low vaccination rates in many parts of the country and false information primarily distributed on social media channels.

A month ago the delta variant accounted for 0.06% of new cases. Two weeks ago that increased to just over 20% and, recently, commercial labs are reporting the variant is accounting for 42% of new cases.

At this point, there have been 40 outbreaks in long term care facilities, jails and churches across the state, Voccio said.

The current local uptick began on July 13 and became more pronounced since July 16. The seven day average is now 20 new reported infections per day. Since mid-June, Floyd County was averaging one, or fewer, new infections per day.

The number of COVID-19 infected patients hospitalized in Floyd County has also began creeping up.

For comparison, on June 21 there was a total of three COVID-19 positive patients being treated at Floyd Medical Center and Redmond Regional Medical Center, according to Floyd County Emergency Management Agency records.

By Tuesday, that number has increased to 20.

Deaths have yet to catch up, though during past surges an upward trend was not seen until weeks after cases began to rise. The last COVID-19 death reported in Floyd County was on June 16; prior to that, 10 Floyd County residents died from a COVID-19 infection in May.

In Northwest Georgia, the spread of the highly contagious variant alongside the fact that around 20% of the region’s most vulnerable population — those 65 and over — are still unvaccinated, is cause for some concern, Georgia Department of Public Health Spokesperson Logan Boss said.

The real issue is younger people spreading the virus to that more vulnerable population, he added. The delta variant itself, while not more deadly overall, spreads faster and more easily than the original virus.

The concern about the potential for the spread to increase is primarily the transmission from less vulnerable people — in this case, younger populations where transmission of the virus has been the highest — to those older and more vulnerable, Boss said.

In the past week, Georgia has seen a 60% increase in cases but it’s not alone. Florida, where many in the U.S. go to spend their vacation time, reported a 109% increase in infections as well as increases in hospitalizations in larger population areas, according to the Miami Herald.

Al.com reported that data from the Alabama Department of Public Health indicated a sharp increase in coronavirus inpatients in that state’s hospitals. The increase was 469 patients on July 19 — a 130% increase since July 1, when 204 people were being treated for the virus in Alabama hospitals.

Public health officials have said for weeks that states like Georgia and many in the South are susceptible to an outbreak from the delta variant because of their low vaccination rates.

In South Carolina, The State reports that the highly transmissible delta variant has likely become the dominant strain there.

A South Carolina Department of Health and Environmental Control called the increase of the variant — which only made up 5% of South Carolina’s COVID-19 cases in June — as “incredibly concerning.”

“Given that the delta variant has proven to be more transmissible than prior strains, the spread of it could increase faster and/or to a larger degree,” SCDHEC spokesman Derrek Asberry told the media outlet.

Click here for information about the Floyd County Health Department and how to get a COVID-19 vaccination shot.

Rome police closed one of the lanes on Division Street on Tuesday as Atlanta Gas Light construction continued work at its intersection with Charlton Street.

According to Rome-Floyd Fire Chief Troy Brock, a part of the road embankment collapsed and hit a service line connected to one of the houses on the street.

Fire Marshal Mary Catherine Chewning said the first report came at 8:51 p.m. from around 707 Charlton St. About 31 households were evacuated along Charlton Street and Briarwood Circle.

The broken gas line was repaired before residents returned to their homes around 11 p.m.

Summerville Park residents have registered numerous concerns about the pipeline project that bisects their neighborhood. Complaints have ranged from large holes left in front of their homes to construction leaving roads in bad shape and loud noise.

AGL has been sending out updates on what streets will be closed and when, and has said they’ll begin repaving roads once construction is complete.

According to the latest AGL report sent out on Monday, construction is only 76% complete on Charlton Street, where workers have been cutting open the road, excavating soil and installing pipe.

Construction is expected to be finished on Charlton toward the end of the month.

Once the 9.3-mile natural gas pipeline is complete, it will provide a 300-psi system to the International Paper plant in Coosa and feed it roughly 494,000 cubic feet of natural gas per hour. 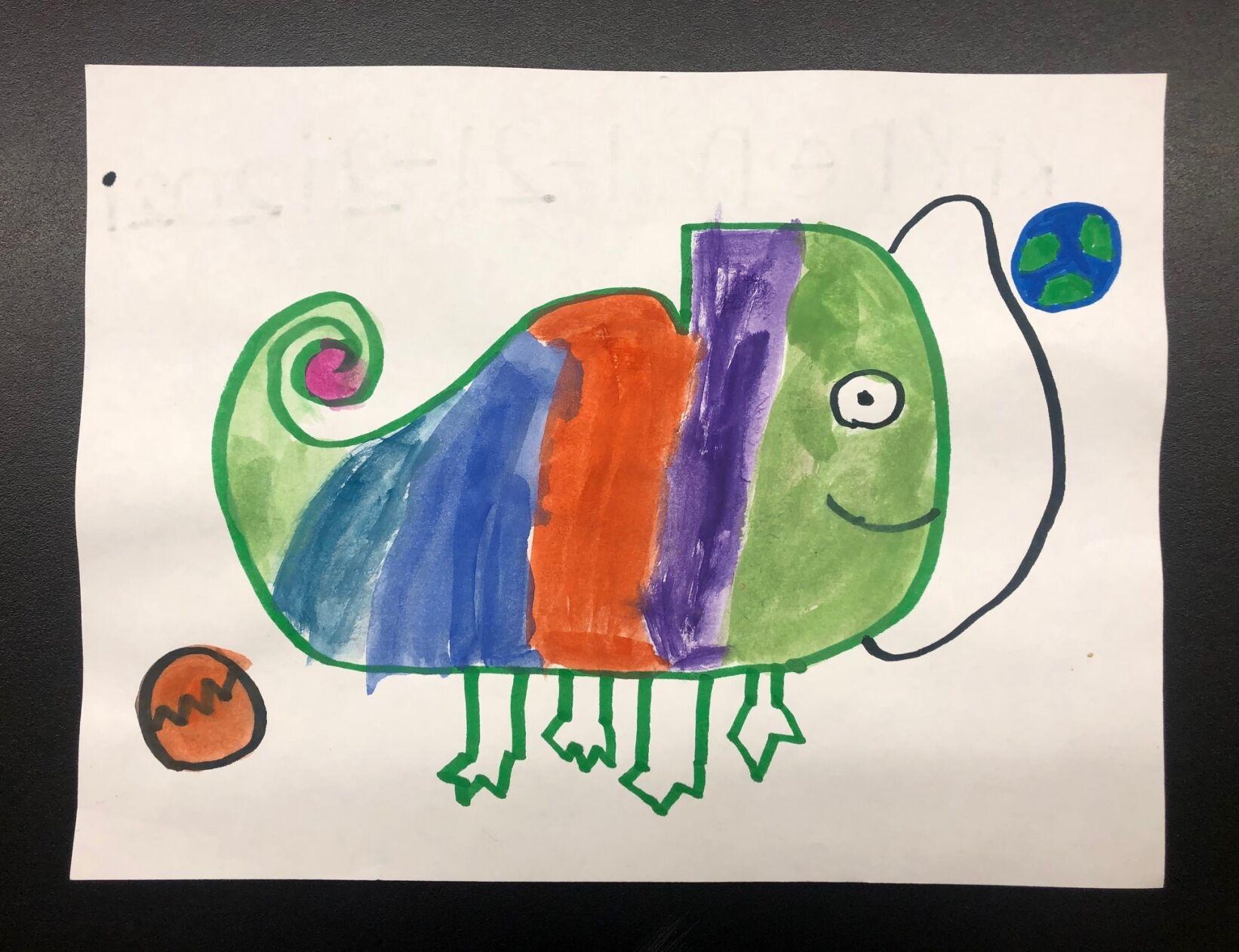 This revised outline of the Northwest Georgia Industrial Park property includes the somewhat triangular piece on the right, east of Old Shannon Road, which is now under option to the Rome-Floyd County Development Authority.

The Rome-Floyd County Development Authority has agreed to take an option on 32 acres adjacent to the Northwest Georgia Industrial Park off Ga. 53 in Shannon.

Following a half hour closed session to discuss the real estate matter, the development authority voted unanimously to take a three-year option to buy the 32-acre site.

The existing industrial site, which has something similar to an hourglass shape, is split in the middle by Ward Creek. The acquisition is intended to enhance the marketability of the entire 102-acre combined parcel.

“The way the creek cuts through the middle of the park has made it difficult to put together another large rail-served site, and that’s been our goal in putting this property together,” said Missy Kendrick, president of the Rome-Floyd County Development Authority.

Kendrick said that if the authority is successful in completing the acquisition of the Watters property, it might consider petitioning the county to close a short segment of Old Shannon Road.

“We have been in contact with the other property owners at the north end of the site, so they are familiar with what we’re doing,” Kendrick said.

The authority also has spoken with other property owners who have residential sites closer to Ga. 53 about the possibility of acquiring some of those parcels.

Since several of those adjacent parcels are residential, construction on the industrial site has to be set back farther from the property line, which limits the available building space.

The RFCDA also approved a motion Tuesday morning to give Ball another 45 days to execute their purchase and sale agreement for the 110-acre site.

Ball plans a $51.8 million investment in a 750,000‑square-foot warehouse and distribution center on the property. The company anticipates the project will create as many as 70 new jobs.

In a report showing that the University System of Georgia’s economic impact grew to $18.6 billion, Georgia Highlands College was the second highest generator among state colleges.

GHC’s economic impact was over $170 million in the newly released report examining the fiscal year that ended June 30, 2020. It ranked second among the system’s nine state colleges, behind Georgia Gwinnett College in metro Atlanta.

According to the report, GHC generated 1,708 jobs in its service area, directly or indirectly. The college had 532 on-campus jobs and another 1,176 off-campus jobs existed due to institution-related spending.

Fiscal 2020 marked the beginning of the coronavirus pandemic in Georgia, forcing the university system to shut down in-person instruction and switch to online classes during the last couple of months of the spring semester that year.

“With strong support from the state and significant planning from our campuses, USG’s economic impact on local communities across Georgia held steady despite a challenger year,” said Teresa MacCartney, the university system’s acting chancellor.

The annual economic impact study conducted by the Selig Center for Economic Growth at the University of Georgia found that every $1 spent directly by the system’s 26 colleges and universities generated an additional 47 cents for the surrounding region’s economy.

Of the $18.6 billion in economic impact in fiscal 2020, $5.9 billion was spent within those local communities.

Of the jobs the system generated, 34% were on-campus positions, while 66% were off-campus jobs in either the public or private sectors.

Another point of local interest outlined in the report is the Augusta University campus in Rome — the Northwest Campus of the Medical College of Georgia.

The total economic impact of that campus in FY 2020 includes:

A second study the Selig Center conducted found that system graduates in the Class of 2020 on average will earn an additional $862,162 during the course of their careers as a result of their degree.