Vehicles heading toward downtown (left) on the Fifth Avenue Bridge would get a designated right turn lane into the county courthouse parking lot under the proposed traffic redesign backed by the Rome Redevelopment Committee.

Plans for traffic flow changes on the Fifth Avenue Bridge to facilitate a streetscape project in the city’s River District were approved Wednesday by the Rome Redevelopment Committee.

Floyd County owns the bridge and the drawings will be presented at a Joint Services Committee meeting on Tuesday. Members of that committee are the city and county managers, the mayor and county commission chair and the vice chairs of each board.

The design for traffic on the bridge was developed by City Commissioner Mark Cochran, who is an architect by trade.

The Cochran plan reduces thru traffic to two lanes with a planted median. It does allow for a designated right turn lane into the courthouse parking lot for traffic coming toward Broad Street.

Cochran’s plan does not include parking on the bridge, which had been proposed by GMC consultants who provided the city a starting point for the streetscape design along North Fifth Avenue and West Third Street.

Some community leaders have suggested the Fifth Avenue corridor will see a lot more traffic when either of those projects start.

However, City Commissioner Wendy Davis — who chairs the Redevelopment Committee — explained that the streetscape design for Fifth Avenue north of the bridge only envisions two lanes of traffic, regardless of how many lanes are on the bridge.

Davis has been seeking ways to get construction of the River District streetscape project started sooner rather than later.

She said she does not want to wait until after the Georgia Department of Transportation completes two major projects in the area because construction has not yet been scheduled. GDOT is working on the widening of Second Avenue and the Turner McCall Bridge over the Etowah River.

Also on Wednesday, City Manager Sammy Rich told the committee he has had no contact with Jigar Patel since last month. Patel has requested a Tax Allocation District financial package for his proposed fast food/convenience store/adult beverage shop on Braves Boulevard.

The committee deferred action until Floyd County commissioners have had a chance to look at that project since the county is also being asked to participate in the TAD as well.

+6 Fun in the Sun is back at the Town Green!
By Olivia Morley OMorley@RN-T.com
May 26, 2021
Community
NWGHA looking for ways to increase rental housing stock

The Northwest Georgia Housing Authority is seeking to sweeten the pot for potential landlords for Section 8 housing voucher recipients.

The authority has faced a challenge in recruiting landlords for several years and now wants to be able to pay up to 120% of Fair Market Rent in a bid to entice rental property owners to join the program.

“We also have the opportunity to pay the landlords for a couple of months if the unit is vacant,” said Executive Director Sandra Hudson.

Typically, a Section 8 voucher recipient would pay no more than 30% of their household income for rent, with the NWGHA picking up the rest of the monthly tab.

If the authority is approved by the U.S. Department of Housing and Urban Development to pay up to 120% of Fair Market Rent, it could, for example, pay a landlord up to $820 a month for a one-bedroom apartment.

The authority also is considering incentives to landlords who are already participating but may have other local properties that are not currently in the Section 8 program.

“Finding housing has been difficult,” said Housing Director Melvin Scott. “We want to try to sculpture a program that would add more landlords.”

The discussion came during the NWGHA board meeting Wednesday.

The authority also removed a provision in its personnel policy that required employees to retire at age 70. Hudson is 71 and has no desire to step away from her job any time soon.

“Under the Age Discrimination and Employment Act there is no threshold for that. You know somebody in their 80s can file a claim for age discrimination, so there is no mandatory retirement,” authority attorney Stewart Duggan said.

Hudson reported that the Canton Housing Authority has inquired about having the NWGHA manage their properties.

“What that would mean is more revenue coming in, non-federal dollars, for the housing authority,” Hudson said.

Canton is seeking a 9% tax credit grant to rehabilitate most of its approximately 250 public housing units. It needs someone qualified to manage tax credit projects, which the NWGHA is certified to do.

The board also heard that an application for a tax credit grant to finance a complete demolition and rebuild of the John Graham Homes in East Rome scored significantly higher than a year ago.

Hannah Phillips, development coordinator for the NWGHA, is optimistic for its chance of being funded by the Georgia Department of Community Affairs this year.

Phillips also showed off a Certificate of Occupancy for the Bill Collins Village homes on Charlton Street in Summerville Park. The first residents will start moving in this weekend. 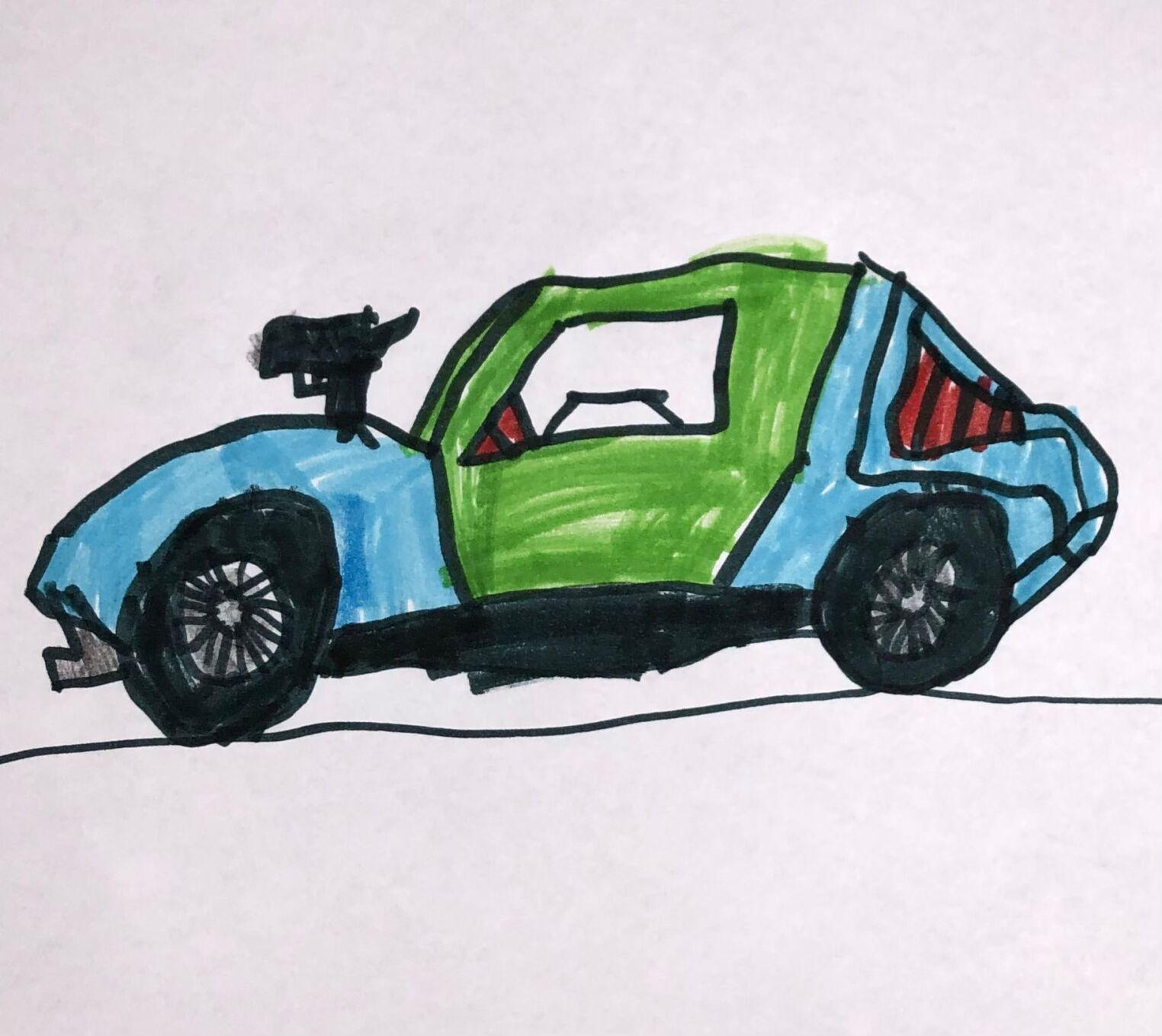 Spirit of the American Dough Boy statue in Summerville.

Community organizations will be holding events throughout the Memorial Day weekend to honor fallen veterans.

The Rome Exchange Club will have military history displays and its Tomb of the Unknown Soldier replica at the Coosa Valley Fairgrounds from Friday through Monday.

“We have about two groups of people bringing in 30 to 40 tables of military displays and mannequins,” said Americanism Committee member John Fortune. “They’ll show the history of our military and the uniforms and all the equipment they wore. ... It goes all the way back to the Revolutionary War. It’s a wonderful display.”

On Sunday, the Exchange Club will add a car show to the display at the fairgrounds. The weekend events will run from 10 a.m. until 4 p.m.

On Monday, Memorial Day itself, the Exchange Club will host its annual ceremony at the fairgrounds in the community building from 10 a.m. to 11:15 a.m.

The guest speaker for the event is U.S. Army Col. David S. Hubner.

The military displays will still be available to view that Monday from 11 a.m. to 3 p.m.

Also, in Shannon, the Watters District Council will hold its 25th annual Memorial Day ceremony at noon on Monday at the Memorial Circle.

Traveling north to Chattooga County, Summerville Main Street will be hosting a rededication event for “The Spirit of the American Doughboy” as part of its Memorial Day activities.

Main Street Manager Susan Locklear said in a release that the statue is the first mass produced memorial in the United States and honors the soldiers who lost their lives in World War I.

The Summerville statue was unveiled back in 1934 and re-dedicated in 1988 after it was moved to the front of the Chattooga County Memorial Home.

Recently, they moved it to the Veterans Memorial at Dowdy Park so it can have a more prominent presence in the community.

The rededication ceremony will take place at 2 p.m. near University Street and Rome Boulevard. Music begins at 1 p.m. State dignitaries, an honor guard and Tiger Flight aerial salute are scheduled. Hot dogs and drinks will be served following the ceremony.

The area around several motels along Martha Berry Boulevard has drawn concern from local leaders for years. City commissioners discussed their concerns over illicit activities in the area at their retreat in September 2020 and learned a group of local investors approached several commissioners about interest in redeveloping much of the corridor from Redmond Road all the way to Turner McCall Boulevard.

According to Rome Assistant Police Chief Debbie Burnett, the task force had been gathering intelligence for the raids over the past few months. While executing the warrants, officers observed other violations and made those arrests.

Here’s a round-up of the Tuesday night activity, according to Floyd County Jail and Rome police reports:

At Seven Hills Inn, a total of four people were arrested during search warrant executions in several rooms.

Roberts admitted to officers that she flushed marijuana down the toilet. She was also charged with misdemeanor tampering with evidence and felony possession of Ecstasy.

Both were being held without bond Wednesday afternoon.

In another room, Ashley Mandrell Watkins, 38, had synthetic marijuana as well and glass pipes in her possession.

Martina Michelle Chambers, 37, had meth in her room, as well as Suboxone, less than an ounce of marijuana, digital scales and smoking devices.

Chambers is charged with felony possession of meth and a Schedule II controlled substance and misdemeanor possession of marijuana and drug related objects.

She was being held without bond Wednesday.

Over at Relax Inn, Jimmy Lee Brown III was arrested on a warrant involving an incident on May 21, where he sold marijuana to a confidential informant.

During his arrest, sheriff’s deputies and task force officers found over an ounce of marijuana, scales, baggies and a handgun.

Brittany Ann Smith, 33, was in the room during the search and also arrested.

Smith is charged with two counts of sale of marijuana, intent to distribute, possession of a handgun during commission of certain felonies and misdemeanor possession of drug related objects.

Brown was being held without bond Wednesday afternoon, while Smith’s bond was set at $10,100.

At Economy Inn, five people were arrested on various charges of meth and THC vape possession.

Johnson also had a glass smoking device with meth residue. She is additionally charged with misdemeanor possession of drug related objects.

All three were being held on $5,700 bonds Wednesday afternoon.

John Dallas Ivey, 41, of Silver Creek, had several baggies of meth packaged for resale and reportedly flushed numerous bags of meth down the toilet. He is charged with felony meth possession, intent to distribute and misdemeanor tampering with evidence.

Ivey was being held without bond Wednesday.

In the same room, Barry Willis Richardson, 19, had a THC vape pen. He is charged with felony possession of a Schedule I controlled substance.

Richardson was being held on a $5,700 bond Wednesday.

After a traffic stop at the intersection of Martha Berry Boulevard and West Ninth Street, three people were arrested on felony drug charges.

Bobby Wayne Long, 17, of Dallas, was pulled over for driving a vehicle with a flat tire and broken tail light. During the stop, a Rome police officer did a search of the car and found marijuana and THC wax.

Long, Brandon Michael Cook, 20, of Cartersville and Russell Hayden Nowlin, 20, of Adairsville are all charged with felony possession of a Schedule I controlled substance and misdemeanor marijuana possession. Long is also charged with operating an unsafe vehicle and improper tail light,

Long was being held on a $5,700 bond Wednesday afternoon while Cook and Nowlin were released on bond.

All together, 85 grams of marijuana, 696 grams of synthetic marijuana and six grams of meth were seized during the searches, according to Burnett.