The Rome City Commission will meet virtually on Friday at 1:30 p.m. to discuss whether or not to extend the city’s face-covering ordinance for another 30 days.

“We’re still watching the case numbers climb,” City Manager Sammy Rich said. “This is another attempt to keep the community safe and take some pressure off our healthcare workers.”

Floyd County is still averaging over 700 new cases of COVID-19 every two weeks, with one of the highest rates of transmission in Northwest Georgia.

Testing in Rome and Floyd County is also above a 20% positivity rate, an indicator that the spread of the virus is greater than testing shows.

The ordinance is set to expire Friday at 11:59 p.m. but an extension will likely pass.

The City Commission voted unanimously on Dec. 8 to enact the mandate to attempt to slow the rampant spread of COVID-19 locally that has broken previous infection, hospitalization and death records set in the summer.

Hospitals have reported extremely high caseloads of COVID-19 infected patients since early December and those numbers have pushed past previous peaks consistently since the beginning of the month.

Because of stipulations in Gov. Brian Kemp’s health emergency order, businesses can opt out of local ordinances requiring masks.

However, employees in restaurants, retail stores, salons, grocery stores, and pharmacies that have face to face interaction with customers must wear a face covering.

That includes businesses that opt out of the local ordinance.

A rezoning request for a proposed mulching and bagging plant in Shannon will go before the Floyd County Commission on Jan. 26.

Rome-Floyd County Planning Commission members recommended approval Thursday for the application from Oldcastle Lawn and Garden to rezone a parcel on Calhoun Highway from Suburban Residential/Light Industrial to Heavy Industrial.

The applicant — a Fortune 500 company based out of Dublin, Ireland — plans on building a lawn and garden mulch manufacturing plant on the 39.1-acre property near Pinson Road.

Workers at the plant will be in charge of dying and bagging the mulch before it’s shipped.

Rome-Floyd County Development Authority Director Missy Kendrick said they have been working with the company for a while.

Kendrick said they expect to hire 25 people at first and eventually 50 during the season. The company, which supplies mulch to both Lowe’s and Home Depot, markets it under various brands such as ACE, Timberline, Southland, Preen and Jolly Gardener.

If the rezoning is approved by the county commission, they plan to start building in March and have it ready by September.

The planning commission also recommended approval of several other applications at their Thursday meeting, including special use permits for a special event venue and cell tower.

The 150-foot-tall cell tower would be built at 4753 Martha Berry Highway in Armuchee and would be overseen by applicant Verizon Wireless, who had agents on the Zoom call speaking in favor of the application.

However, nearby resident Bill Thornton voiced opposition, saying that if the tower would fall, it would land in his back yard. He also said he was concerned about the potential health risks of living near a cell tower.

While the planning commission wasn’t able to address the health risks, they did amend the application so that the tower must be at least 300 feet from any property line. It was passed in a 4 to 3 vote.

Applicant Donna Peavy’s request for a special use permit for a special event venue also netted a recommendation for approval. Peavy wishes to use her property at 5406 Calhoun Road as a wedding venue.

While speaking in favor of the application, Peavy said she intends to respect her neighbors, including the church across the street. She said there wouldn’t be more than 100 people at any event, no loud bands and she would make sure all events end at the time stated in the Unified Land Development Code.

Commission members also backed a rezoning request for a self-storage development near the intersection of Alabama Highway and Oreburg Road, from suburban residential to light industrial.

All of the applications will go before the Floyd County Commission for public hearings and final votes on Jan. 26 at 6 p.m. at the Forum River Center at 301 Tribune St. 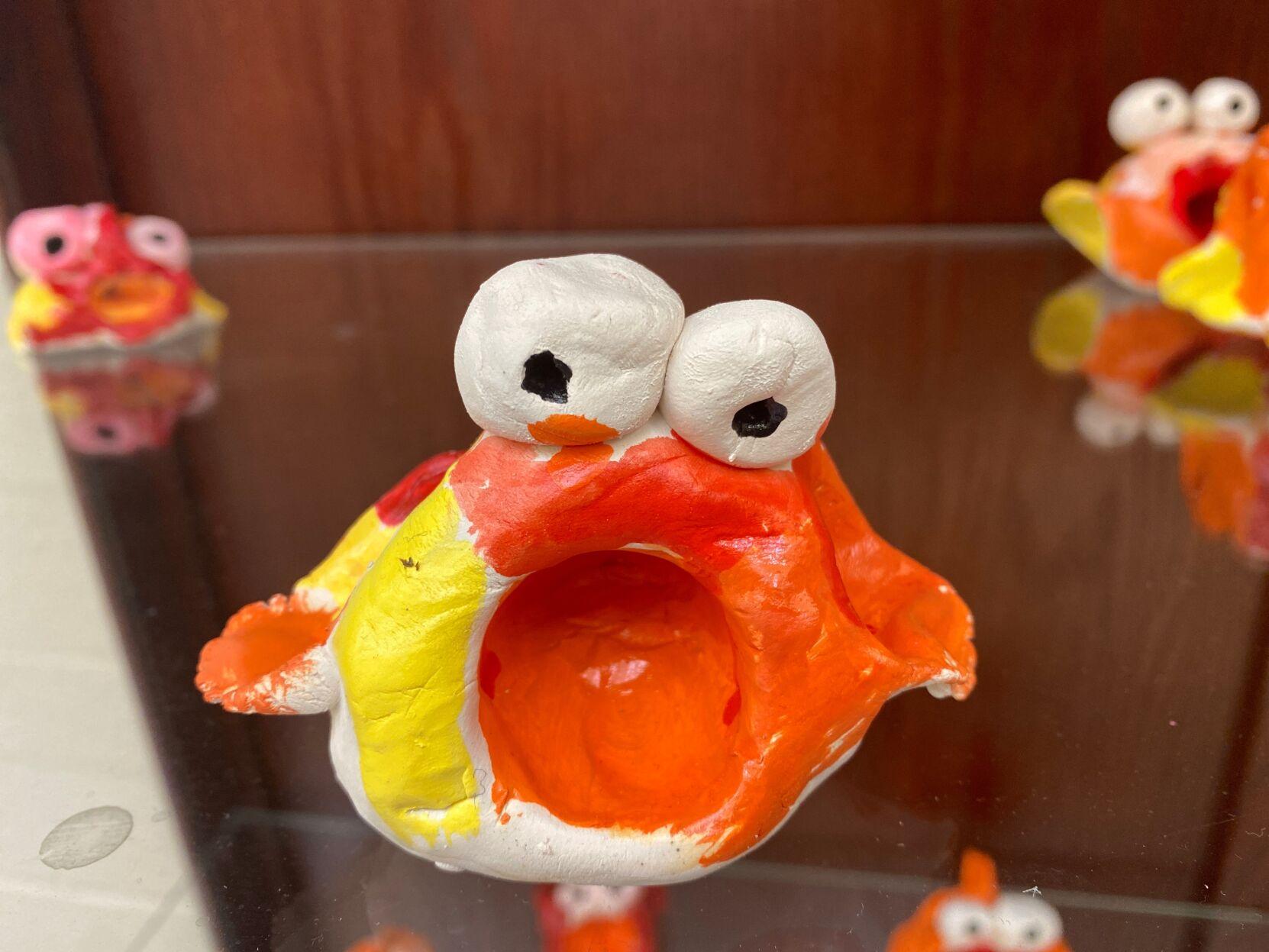 Local business leaders got an opportunity to see how much of a challenge it is to conduct government remotely Thursday.

The Rome Floyd Chamber conducted its annual pre-legislative breakfast Thursday by Zoom and state Rep. Katie Dempsey, R-Rome, made a point of telling participants how difficult it is to communicate with other lawmakers and constituents by videoconference.

Dempsey said that, typically, much works gets done outside the chambers of the legislature.

“The receptions ... that won’t be taking place, dinners — we’re not even probably going to take ourselves out to dinner this year while we’re there,” Dempsey said.

The Georgia General Assembly starts its 2021 session on Monday.

Sen. Chuck Hufstetler, R-Rome, told chamber members that state revenues are up over half a billion dollars through the first five months of the fiscal year — but that there is a concern about a potential slowdown during the first quarter of 2021.

“We were looking back in March or April, thinking we might be several billion down,” Hufstetler said.

The recently passed stimulus at the federal level should help some, he said, but sooner or later the national debt is going to have to be addressed.

“We spend more now on interest than we do on Medicaid, and in a couple of years it’s going to be more than defense,” Hufstetler said

If interest rates were to rise to 6% or 7% for the federal government, it would take the entire budget to make the payments, he noted.

“That to me is the biggest threat to our economy right now,” he said.

Rep. Eddie Lumsden, R-Armuchee, said he could foresee action in the upcoming session to do away with no-excuse absentee voting — a move he said might be beneficial in making sure that elections are transparent and accurate.

Voicing support for the potential change, Dempsey said she keeps hearing that people are wary about the absentee voting process.

Later on Thursday, House Speaker David Ralston, R-Blue Ridge, said at a new conference he may not support any legislative moves to require Georgians to give specific reasons for requesting mail-in ballots.

All three local lawmakers said they anticipate a special session later in the year for the purpose of redistricting — drawing new voting district lines based on the 2020 census numbers.

The process is formula- and population-driven, Hufstetler said, adding that the state’s urban areas are where a large segment of population growth has taken place.

The Georgia General Assembly has a full-time staff that is devoted to redistricting.

Rome City Schools Superintendent Lou Byars and Floyd County Superintendent Glenn White each implored the legislators not to tinker with the Teacher Retirement System. They said it has been one of the most valuable tools in attracting and retaining teachers.

Hufstetler said any decision regarding education funding would be revenue-driven, and that he has continued to push hard for the state to make sure it collects everything that is due.

“Instead of fighting over where the cut goes, I push hard to grow the pie,” Hufstetler said.

Questioned about the future of the Northwest Georgia Regional Hospital property in West Rome, Dempsey said the HOPE Village concept put forth by Jeff and Mary Margaret Mauer at Global Impact International is still very much on the table.

“The (bond payments) on the property have been greatly reduced,” Dempsey said. “I think we’re real close. ... We really wanted it off the budget for this year if all possible, but that’s not going to happen.”

The money the state allocates to maintain the property should be used for people with true needs, Dempsey said.

Fewer Floyd County voters turned out for the U.S. Senate runoff than in the Nov. 3 presidential race despite being inundated with TV ads and political mailers.

Overall, most voters in the county precincts cast ballots for Republicans David Perdue and Kelly Loeffler over Democrats Raphael Warnock and Jon Ossoff, while most city precincts showed much slimmer margins.

The split in votes between the Republican and Democratic candidates was similar to those cast in the presidential race.

Trump won handily in precincts in the unincorporated area, averaging between 70% and 80% or more of the ballots cast in each of those precincts.

So did both Loeffler and Perdue.

It’s interesting to note that while there were more voters registered in Floyd County for the Jan. 5 runoff than in the Nov. 3 election, fewer people cast a ballot.

There were 60,650 eligible local voters in November and, with 41,341 ballots cast, the turnout rate was slightly under 69%, according to the Georgia secretary of state’s office.

Going into the runoff voter rolls swelled by 3,000, but fewer people turned out to vote. There were 63,516 registered Floyd County residents on the rolls but — with only 35,244 ballots cast — just under a 55% voter turnout.

♦ Only 34,722 cast a ballot in the Public Service Commission race

For the most part votes were pretty consistent down the ballot, with races only divided by a couple hundred votes. One of the anomalies was in the Loeffler/Warnock race when compared with the Perdue/Ossoff race.

Loeffler and Ossoff got around 150 votes less than their counterparts in the other race and 150 more people voted a split Warnock/Perdue ticket.