A series of animal control ordinances is set to go before the Floyd County and Rome City commissions that includes a ban on unassisted tethering and a spay/neuter requirement for dogs and cats.

The goal is to decrease the cost and stress on Public Animal Welfare Services resources. 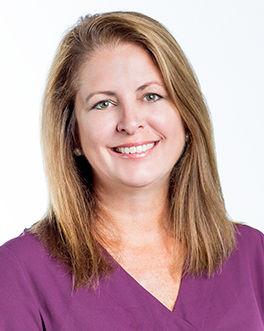 “We can’t rescue and adopt our way out of this,” Floyd County Commission Vice Chair Allison Watters said.

Even with major budget increases and a facility upgrade, they’re still having to turn away animals coming into the shelter.

The first potential change is an unassisted tethering ban, meaning a dog couldn’t be chained outside without someone present.

There are a number of issues associated with tethering dogs, including an increase in aggression and the possibility of the animal getting hanged. They’ve also had reports of a small dog tethered by a chain that outweighs that dog.

“The dog is also left defenseless against other aggressive animals,” Watters said. “It’s no life for an animal to spend 24/7 on a chain.”

Dog owners who leave water out for days without changing it run the risk of infecting the animal with harmful bacteria or parasites. The practice often leads to heartworms, a problem particularly prevalent in the South.

Under the ordinance, a dog could be chained as long as the owner is present. 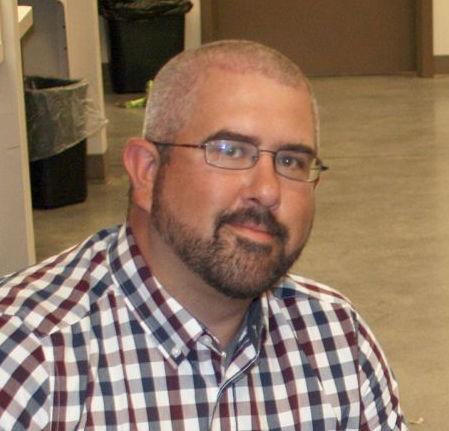 If passed, Animal Control will work to educate people and attempt to work out what is best for the dog and owner — whether it’s setting up a doghouse or fence in the owner’s yard.

The next proposal to go before local governments is a requirement for all animal owners to spay and neuter dogs and cats within 30 days after the animal turns six months old.

“Last year we brought in 2,562 animals and turned away, because of transport and other issues, about 900 animals,” Mitchell said. “Those animals are causing pack dog situations and breeding.”

An average litter size for a dog or cat is about four to six. Within six months of their birth dogs can start reproducing and having litters of their own.

Mitchell said just one male and female pair can produce a large number of animals in a short period of time.

The ordinance will place more responsibility on the owner to offset a lot of the stress on PAWS and local nonprofits, such as Floyd Felines.

If a pet owner doesn’t wish to spay or neuter their dog and plans to breed them, they will have to obtain a license from the U. S. Department of Agriculture. The application process would include a $40 fee and a house check. 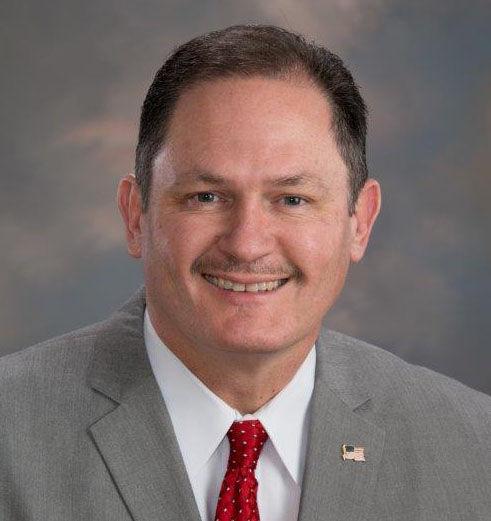 County Commissioner Scotty Hancock pointed out that the process could take months and there are some owners who would only breed the dog once or twice.

“That’s where we would work with them and the Department of Agriculture,” Mitchell said.

Other ordinances and moving forward

The other two ordinances up for review are sanitation and adequate shelter guidelines, as well as impoundment payments.

Sanitation and shelter guidelines haven’t been updated in decades. The revision aims to modernize those standards.

The impoundment payments and cost is something that’s in state law. If a pet owner violates certain laws, such as cruelty to animals and dogfighting, they are required to help pay impoundment and care costs of the animal while they await trial.

Hancock and Watters plan to have first and second readings for those ordinances on the May agenda.

“Really, we want to hear from the public and have them weigh in on these ordinances,” Watters said.

Watters said she talked to Cave Spring Mayor Rob Ware, who agreed to the idea and said he believes the rest of the city council will support the ordinances as well.

“This isn’t the government overreaching, but trying to do the right thing for taxpayers, for animals and for the community,” Watters said. 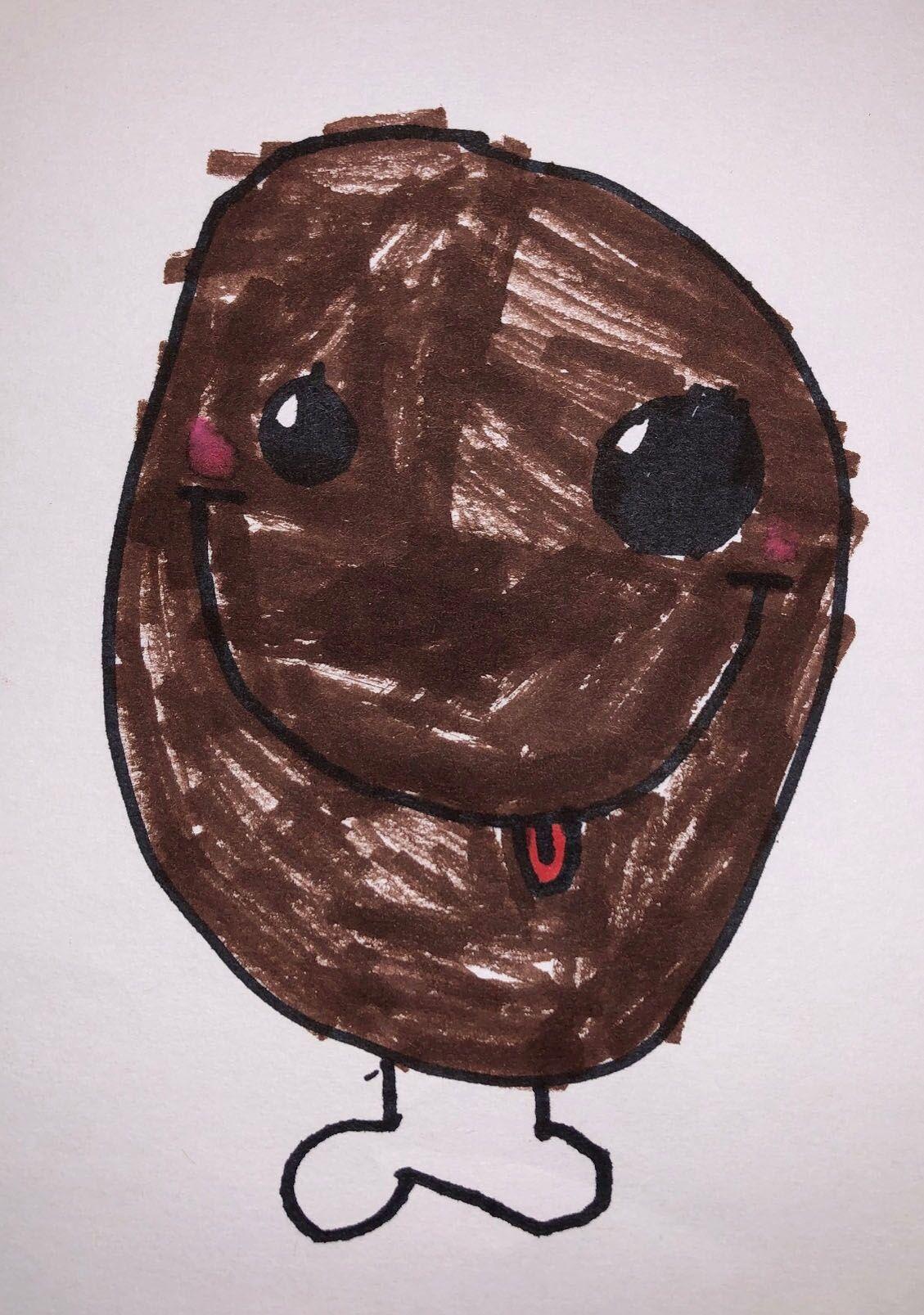 Local
Report: Low-income workers would benefit most from Medicaid expansion in Georgia

ATLANTA — The Georgians most likely to benefit from Medicaid expansion are the same low-income workers who have done the most to prop up the state’s economy during the coronavirus pandemic.

That’s the conclusion of a new report from the Georgetown University Center for Children and Families.

Georgia is one of 12 states that has not expanded Medicaid coverage during the decade since a Democrat-controlled Congress passed the Affordable Care Act.

Expanding the joint state-federal health insurance program to Georgians with incomes up to 138% of the federal poverty level would add about 452,600 uninsured adults to the Medicaid rolls, according to the report.

Those newly enrolled would include the cashiers, cooks, maids, waiters and construction workers who have been forced to go to work every day during the pandemic while those in other professions have been able to work from home.

“Expanding Medicaid to Georgia workers is a powerful way to thank them for the work they did to keep our state’s economy moving over the last year,” said Laura Colbert, executive director of the nonprofit Georgians for a Healthy Future.

While Colbert’s group and others have pushed for Medicaid expansion in Georgia for years, supporters say the $1.9 trillion American Rescue Plan President Joe Biden signed into law last month includes new incentives for states that have not expanded Medicaid.

According to the Georgetown report, Georgia would gain an estimated $710 million in federal funds beyond the costs of the expansion, a net savings that could be used for other purposes including education, public safety and/or workforce development.

“Covering low-income, uninsured Georgians through Medicaid was already a good idea for our state,” Colbert said. “The new incentive makes it a deal too good to pass up, especially for struggling rural communities.

Both Republican Gov. Brian Kemp and his GOP predecessor Nathan Deal have opposed expanding Medicaid through the ACA. Kemp and other opponents have warned there’s no guarantee the federal funding would continue to flow after the first two years of Medicaid expansion.

Kyle Wingfield, president and CEO of the Georgia Public Policy Foundation, said the total price tag of the American Rescue Plan and other COVID-19 relief legislation Congress has passed during the last year will add up to an astounding $6 trillion during the next 10 years.

“At some point, the federal government is not going to keep up with its obligations,” he said. “We can reasonably expect the state’s portion of that (Medicaid expansion) burden will be even higher than advertised.”

Kemp applied last year for a federal waiver providing a partial expansion of the program covering adults earning up to 100% of the federal poverty level.

The federal Centers for Medicare and Medicaid Services approved the waiver last October. But after Biden took office, the new administration withdrew the approval, citing work requirements included in the waiver.

RACA Executive Director Ali Booker said she hopes the community will come out Saturday to enjoy the spring weather at the Ellen Axson Wilson ArtsFest while supporting local arts and downtown businesses.

Rome Area Council for the Arts is hosting its annual Ellen Axson Wilson ArtsFest on Saturday.

RACA Executive Director Ali Booker said she hopes the community will take this opportunity to get out to Broad Street and enjoy the spring weather while supporting local arts and downtown businesses.

“Since our events will be outside, it is easy to maintain social distancing for anyone who may have concerns,” she said.

The festival, which runs from 10 a.m. to 4 p.m., is held in conjunction with the Rome Downtown Development Authority.

“Our Downtown Development Authority is doing a lot of the heavy lifting for this event,” Booker said. “They do an amazing job and are always so wonderful to partner with. They really champion Rome’s downtown and help keep businesses relevant and create projects that draw people to the area.”

In the past few years RACA has streamlined its programming into more fundraising events in an effort to bring more awareness to local art and artists.

“We stopped programming because we did not want to take away from any local schools or organizations that were doing their own thing. Our basic goal right now is just to support this community and artists in this community,” Booker said.

This year RACA is doing something a little different with its ArtsFest.

“We are pairing local artists with different businesses this year,” Booker said.

Right now RACA has about 20 artists signed up for the event.

“There will be a variety of artists in attendance — painters, potters, photographers. We have a diverse group,” she added.

Artwork will be on sale and the community will get to see artists working on new pieces as well.

There will be several bands and musicians positioned throughout downtown, as well as food vendors, and some of the downtown restaurants will be hosting special events.

Booker said she is especially excited about this year’s ArtsFest because it will be a reunion of sorts.

“Because of the pandemic, we’ve had to cancel several events and we haven’t been able to engage with our artists and our supporters in person. This will be a great way to get back out and actually see one another again,” she said.

This year’s ArtsFest will feature a lot of work that’s been completed during lockdown.

“We’re just so thrilled that artists can get back out and show what they’ve been working on. Rome is such an artist hub and there are so many talented people here,” Booker added.

Like so many other businesses and organizations, the pandemic took a toll on RACA’s efforts.

Booker said they were worried they weren’t going to have the money needed to support their community partners.

RACA held a membership drive at the beginning of this year and focused on why the arts are so relevant and why it’s so important to keep the community engaged.

“Our community members have been absolutely amazing,” Booker said. “We are so thankful and so blessed by all that they do for us. Their support has been wonderful.”

RACA named this event after President Woodrow Wilson’s wife, Ellen Axson Wilson, who was from Rome and is buried at Myrtle Hill Cemetery.

The former first lady was an arts advocate as well as a painter.

Her statue, which stands near the Town Green at the east end of the Chief John Ross Memorial Bridge, is a project RACA completed in 2015 as a tribute to her love and support of the arts. It was designed by Arizona artist Stephanie Hunter.

“It’s a really neat connection to our community to have a former first lady from here who was also very involved in the arts,” Booker said.

The Third Street and Fourth Avenue parking decks will have free parking for the festival.