The problem continues to be that the demand is greater than the supply.

In a press conference on Thursday afternoon, both Gov. Brian Kemp and Department of Public Health chief Dr. Kathleen Toomey said the state is relying on the federal vaccine allocation — and until the supply increases, spotty availability will continue.

The COVID-19 vaccine is still limited to those designated in the 1A-plus category. Those over 65, their caregivers, and public safety workers like firefighters and police are on the expanded list, which already included healthcare workers.

The goal is to have upwards of 75% to 80% of the population vaccinated to achieve herd immunity.

Over half a million COVID-19 vaccines already have been administered, according to the DPH. That’s about half what the state has received, Toomey said.

But with low or unreliable availability and over 10.5 million Georgians to reach, that “herd immunity” goal is not likely to be reached any time soon.

“The big question is are we going to get a supply from the federal government,” Kemp said. Local health officials in Northwest Georgia voiced the same frustration.

If the Biden administration follows through on its plan to increase the availability for states, Kemp said, there are plans in the works.

“We’re already planning for mass vaccination sites,” Kemp said. Regardless of the preparation, it still comes down to availability — “that’s the problem, we don’t have the doses.”

The other issue, concerning the second dose, is which vaccine is available. Currently there are two vaccines approved for use in the U.S., one produced by Pfizer and the other by Moderna. Those vaccines aren’t interchangeable, health officials have said.

When the DPH’s Northwest Health District opened up online registration, over 10,000 people registered. Since then, it’s been an exercise in frustration for those seeking to get vaccinated.

Once the vaccine is ready and a person can get an appointment, it’s a well oiled machine: groups of up to eight people at a time are vaccinated. The whole process takes 30 minutes or so.

Georgia isn’t alone in the frustration.

The Associated Press reported that smaller-than-expected deliveries from the federal government have caused frustration and confusion and limited states’ ability to attack the outbreak that has killed over 400,000 Americans.

Over the past few days, authorities in California, Ohio, West Virginia, Florida and Hawaii warned that their supplies were running out.

At the same time, northwest Georgia continues having high transmission and hospitalization rates.

The number of new infections in the past two weeks has dropped somewhat, compared with highs in December and early January. However, the spread is still extremely rapid compared with previous months.

There were 649 new COVID-19 cases reported in Floyd County in the past two weeks, compared with numbers in the mid-700s in December. But in mid-June 2020, it was hovering around 100 every 14 days.

This county, as well as the entirety of northwest Georgia, remains in the red zone as far as transmission of the virus is concerned.

The resulting hospitalizations have also dropped slightly from early this month but remain high. Floyd Medical Center and Redmond Regional Medical Center each reported 60-plus infected patients on Thursday.

At this point, just over 30% of patients in Region C — the healthcare preparedness coalition Floyd County is in — are COVID-19 positive. In same region, hospitals are reporting that just over 95% of the beds are filled.

“Our hospitals cannot handle another surge of COVID-19 patients on top of their current workload,” Kemp said. “This is not an all-clear signal. We’ve got to continue to keep our foot on the gas.”

Kemp also said deaths from the virus have been on the rise in recent weeks, despite the slight decline in new cases. More than 11,500 Georgians have died.

In Floyd County, where 129 people have succumbed to COVID-19, January is on track to rival December as the deadliest month. As of Thursday, 20 have died — compared to 33 in December and 76 in the first seven months of the pandemic.

+6 Pepperell Middle construction on track to open for next school year
Jan 21, 2021 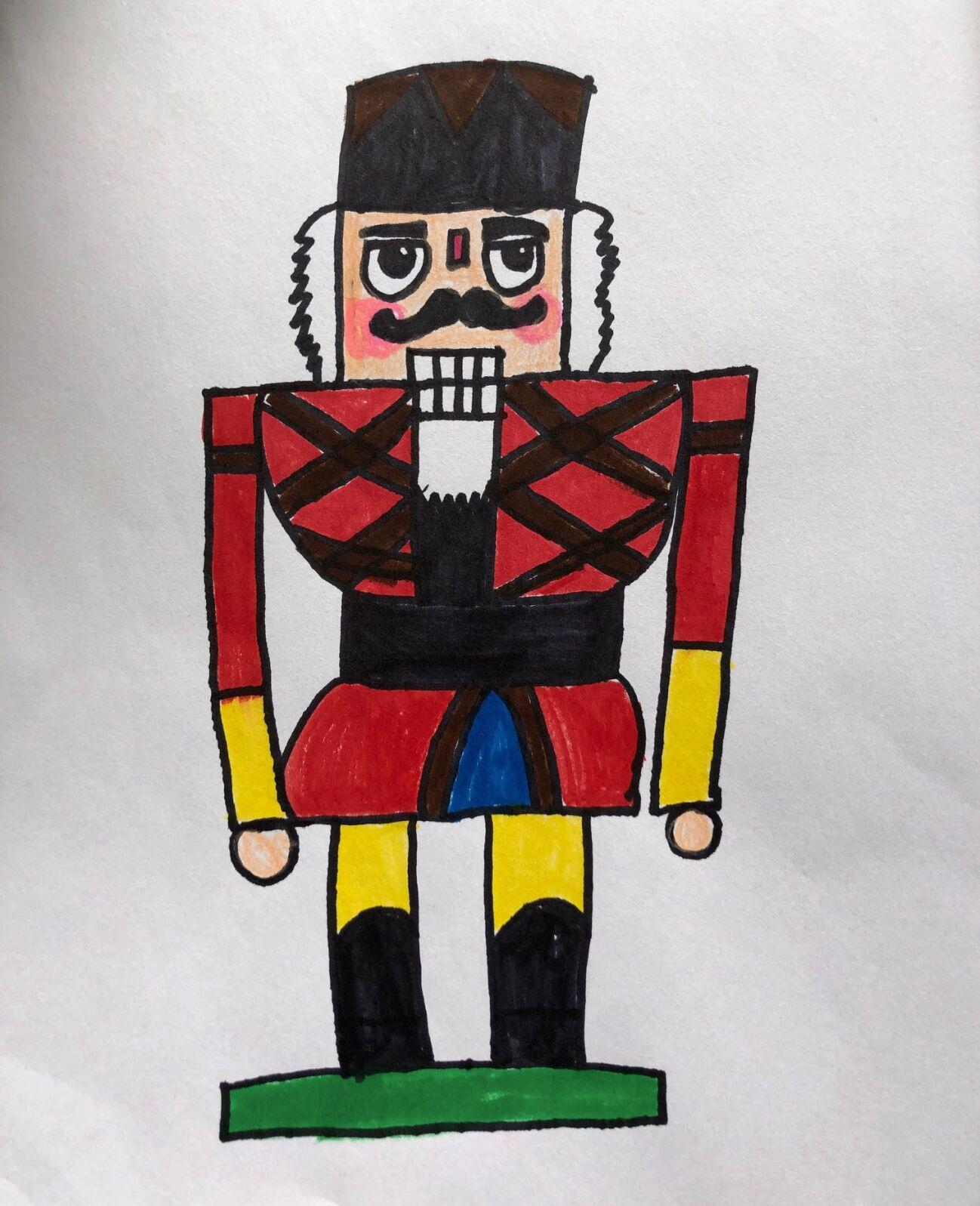 New unemployment claims filed by out of work Rome and Floyd County residents registered a sharp increase in December.

The Georgia Department of Labor reported Thursday the first time claims filed in December jumped to 1,749, a 76.7% increase from November and a 59.1% increase from December a year ago.

First time claims are those filed by people who have not sought unemployment assistance in the preceding 12 months.

The monthly unemployment claims report from the Department of Labor indicates that first time claims went up by 80.5% across the 15-county Northwest Georgia region.

State labor officials also reported that Floyd County gained 400 jobs from November to December, landing at an even 43,000 jobs attributed to locally based payrolls.

That is the highest number of jobs listed on local area payrolls over the past year.

While the monthly jobs report brought a mixed bag of good and not-so-good news, local job recruiters spent time this week with Georgia Power economic developers taking a look at what sectors are drawing workers to Rome.

Tracey Ussery with Georgia Power used 2018 data to report that 15,660 residents of Floyd County actually worked at jobs in the county. Another 18,314 Floyd County residents worked outside of the county and 15,718 people commuted into Rome and Floyd County for jobs.

Of those who commuted into Rome, Polk County was the leading contributor, followed by Bartow and then Chattooga.

Of the jobs drawing people from other communities into Rome, fast food and counter workers was the No. 1 occupation followed by registered nurses and laborers.

The data shows that nearly 50% more of the registered nurses who work in Rome and Floyd County come from other communities.

The data from Georgia Power is part of the utility’s research and economic development package available to companies considering a location in Rome. They show that the top industries locally are in the healthcare/social assistance sector, followed by manufacturing and government.

State Rep. Mitchell Scoggins, R-Cartersville, was promoted to secretary of the House Judiciary Committee as assignments were handed out for the 2021-22 legislative term.

“They usually start you off with three committees and give you more after you have some experience,” Scoggins said Thursday.

The retired Bartow County probate court judge also is keeping his spots on the Budget and Fiscal Affairs Oversight Committee and the Transportation Committee. He’s also serving on the Agriculture and Consumer Affairs Committee, one that deals with joint resolutions and another that handles technical and grammatical revisions to state statutes.

“I farm a little myself, so I was pleased to get Agriculture, for sure,” Scoggins said.

Lumsden, co-owner of an insurance agency and a retired state trooper, has been in office since January 2013. He was named to chair the Insurance Committee in December 2019.

The assignments announced Wednesday brought new chairs for some committees, with several bumped up to more prestigious slots left vacant by departed members.

The Ways and Means Committee, which handles all tax legislation, will now be headed by Rep. Shaw Blackmon, R-Bonaire. He will take over from former Rep. Brett Harrell, R-Snellville, who lost his bid for re-election last fall.

Blackmon’s former chairmanship of the Governmental Affairs Committee will be assumed by Rep. Darlene Taylor, R-Thomasville.

Rep. Matt Dubnik, R-Gainesville, will take over as the new Education Committee chairman.

With the retirement from the House of former Rep. Tom McCall, R-Elberton, Rep. Robert Dickey, R-Musella, will take the reins of the House Agriculture & Consumer Affairs Committee.

And in a rare move, a Democrat is going to chair a committee in the Republican-controlled House. Rep. Mary Margaret Oliver, D-Decatur, will chair the committee that oversees MARTA.