The Northwest Health District, alongside the state, has paused distribution of the single-shot Johnson & Johnson COVID-19 vaccine as part of a nationwide halt after reports of blood clots in six people in the U.S. who had received the shot.

The six cases of “a rare and severe type of blood clot” are among more than 6.8 million doses of the Johnson & Johnson-brand vaccine administered in the U.S. as of Monday, according to the U.S. Food and Drug Administration.

The adverse events are extremely rare, said Northwest Health District Spokesman Logan Boss, and none have been reported locally.

“Right now we don’t have any reason that people who have used the Johnson & Johnson vaccine should be concerned,” Boss said. “We believe it’s just going to be a temporary suspension.”

The six cases of blood clots all occurred in women between ages 18 and 48 and happened six to 13 days after receiving the vaccine, according to the Atlanta-based Centers for Disease Control and Prevention.

The health department in Rome will continue giving COVID-19 vaccinations using the Moderna, and to a lesser extent Pfizer, vaccines. Boss described the availability of those two vaccines, both of which require two doses, as plentiful.

“This doesn’t affect our supply,” he said. The health department has primarily used the Johnson & Johnson vaccine for special or hard to reach populations like those in jail or prisons as well as some community pop up vaccination sites.

The CDC also announced it will convene a panel of experts Wednesday to review the six cases and assess next steps.

“People who have received the (Johnson & Johnson) vaccine who develop a severe headache, abdominal pain, leg pain or shortness of breath within three weeks after vaccination should contact their health care provider,” the CDC said in a statement Tuesday.

The eight local cases were “consistent with common reactions” to receiving the vaccine, according to a DPH news release. They were among more than 124,000 Johnson & Johnson vaccines that have been administered without any adverse reactions in Georgia.

Mild flu-like side effects are common in people who have received COVID-19 vaccines as the body builds immunity, the CDC says. Those side effects can include fatigue, headache, muscle pain, chills, fever and nausea, as well as pain, redness and swelling in the arm where the shot was injected.

“There is no reason to believe there is anything wrong with the vaccine itself, and other individuals who have received the (Johnson & Johnson) vaccine should not be concerned,” DPH Commissioner Dr. Kathleen Toomey said in the April 9 news release.

“We are looking into what happened and what may have caused the reactions, including the conditions at the fairgrounds such as heat and the ability to keep the site cool.”

Johnson & Johnson’s vaccine is one of three shots that the FDA has approved for emergency use to fight the COVID-19 pandemic. It is the only federally-approved vaccine so far that requires just one dose. The other two, by Pfizer and Moderna, require two doses spaced three to four weeks apart.

State and local health officials are now working to provide either Pfizer or Moderna vaccines to Georgians with previously scheduled appointments to receive the Johnson & Johnson vaccine.

“In some cases, this may require rescheduling, and we ask for patience while scheduling arrangements and adjustments are made,” DPH said in a news release Tuesday,

“Vaccination remains one of our best tools for stopping the spread of COVID-19, along with basic prevention measures — wearing a mask, distancing from others, avoiding large gatherings and frequent hand washing.”

Nearly 4.8 million vaccines had been administered in Georgia as of Monday afternoon, marking more than 3.1 million people who have received at least one of the Pfizer or Moderna vaccines.

In Floyd County, 23,377 people have received at least one dose of the vaccine with 17,355 are fully vaccinated, according to DPH data. More than 1.7 million Georgians are now fully vaccinated.

City Manager Sammy Rich said that while it is not typical, the city has assisted other not-for profits, including the Boys and Girls Club, the Kelsey-Aycock-Burrell Center with CDBG funds in the past.

The original nursery was founded in 1936 by Blaylock, a young Black woman and new teacher in the local schools who saw a need for after school care for underprivileged Black children.

The building which is in serious need of repairs is the former Graham Street School building, which closed in 1967. That property was deeded to the Blaylock Center in 1968 with the stipulation that should the Center ever leave it, the building would revert to city ownership.

Commissioner Bill Collins, chairman of the Community Development Committee told the panel that the Blaylock Center was the first school building he ever set foot in.

The $125,000 earmark would be used to reroof the building, gut and completely renovate bathrooms, level and repair the entry hallway and other miscellaneous improvements.

In addition to the work at the Rebecca Blaylock Center, $167,386 is being pledged to continue sidewalk improvements in East Rome while another $90,000 will be set aside for a minor housing repair program. Planning and administration funds in the amount of $84,000 are also set aside in the 2021 allocation.

Community Development Director Bekki Fox said a public hearing to consider the CDBG budget would be held Thursday, April 15 at 4:30 p.m. in the Carnegie Training Room on the ground floor of the Carnegie building.

Two new single family homes on Peachtree Street, built under a partnership with the South Rome Alliance have already gone under contract, Fox said, and a third home on Grover Street already has an interested buyer. Two of the three prospective home owners would be moving to Rome, one from Acworth and the other from Canton.

The two homes are being sold at $97,750, the cost of construction. Fox said the estimated mortgage payments will be approximately $575.

The third house on Grover Street will be somewhere between $5,000 and $7,500 more expensive because of the increase in the construction cost.

Of the total applications for funding, the city has denied nine of the applications, 14 have been funded and 11 are still pending. The city has made $32,971 in rental assistance payments and another $4,148.12 in utility payments. 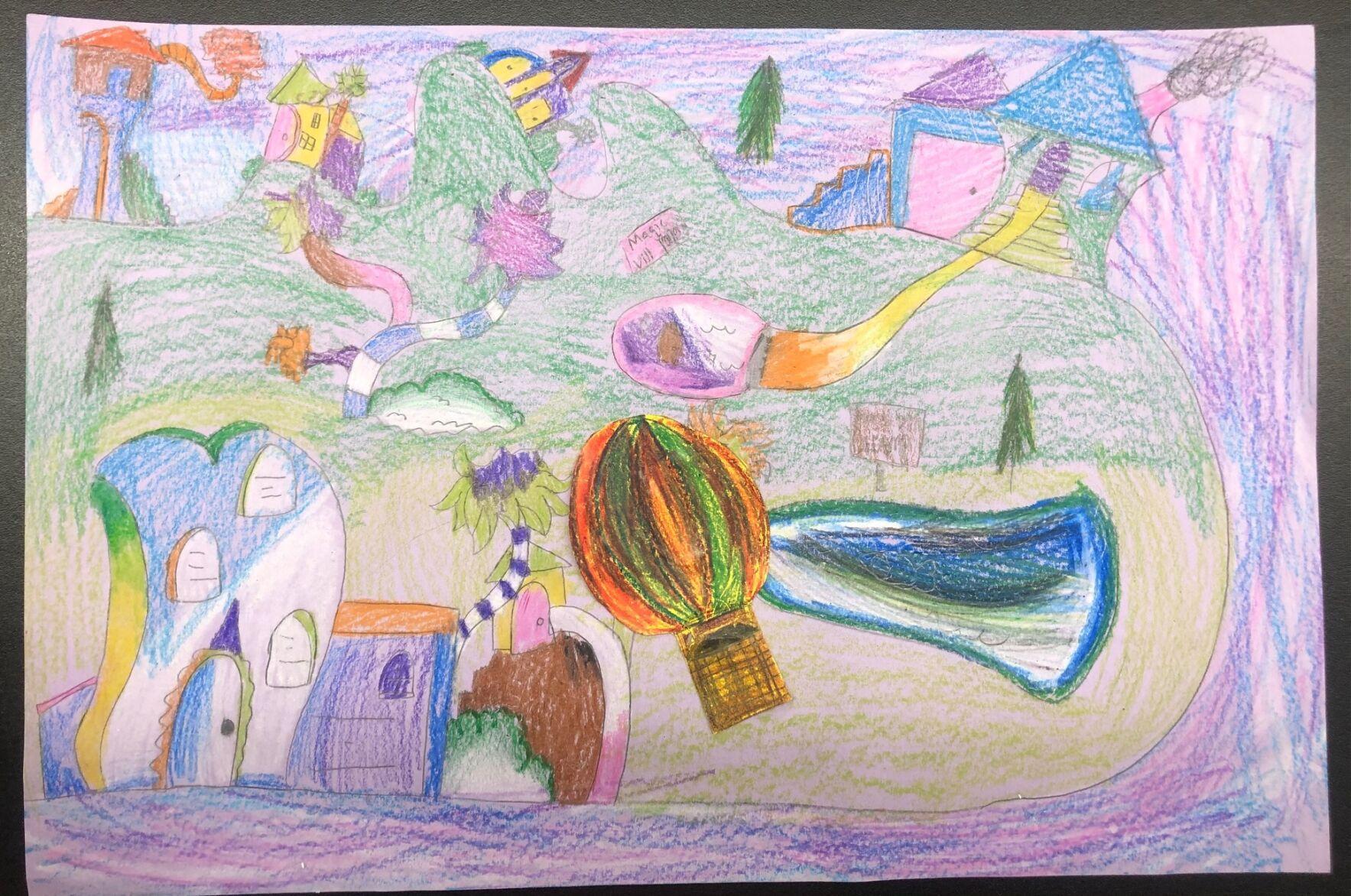 While interest is heartening, Conrad said she doesn’t yet know how many of those applicants are qualified for the job.

The next election on the horizon will take place on Nov. 2, but will only involve two municipal elections. Interim Chief Clerk Vanessa Waddell said qualifying for those two races will take place from Aug. 16 to Aug. 20.

The municipal election will determine three of the Rome City Commission seats as well as all seven Rome school board seats.

Rome school board candidates can live anywhere within the city limits, but the City Commission candidates must live in Ward 2. That ward covers the area south of the Coosa and Etowah rivers — South Rome, East Rome and neighborhoods like Saddle Mountain and the city portion of Chulio Hills.

The three Ward 2 seats are currently held by Commissioners Wendy Davis, Randy Quick and Jamie Doss. Davis has confirmed she is running again, but Quick and Doss still have not made a decision yet.

“I still love it,” Doss, who was first elected in 1993, said. “I know I’ve a commissioner for a long time and that weighs into my decision.”

Quick is on the end of his first term as a commissioner and Davis is finishing up her second term.

The qualifying fees will be set at 3% of the seat’s annual salary, which is $252 for the City Commission and $126 for the Board of Education.

All city residents, regardless of where they live, can vote in the election as long as they’re registered by the Oct. 4 deadline.

The next elections board meeting will take place May 11 at noon at the Floyd County Administration Building.