Local
Thursday is the last day to vote early in U.S. Senate runoffs

ATLANTA — Campaigns and outside groups are making a final push to turn out election-weary Georgians whose votes will determine control of the U.S. Senate, from a crush of text messages and television ads to dueling visits from President-elect Joe Biden and outgoing President Donald Trump.

More than 2.5 million people — about half the turnout of last month’s presidential election — had already cast their ballots early, in person or by absentee ballot, by Wednesday morning.

Thursday is the final day of in-person early voting. Absentee ballots will still be accepted until the day of the election on Jan. 5.

With margins in the runoffs expected to be tight, the campaigns for Republican U.S. Sens. David Perdue and Kelly Loeffler and Democratic challengers Jon Ossoff and Raphael Warnock are all focused on mobilizing voters.

The Democrats’ campaigns announced Wednesday that Biden would campaign Monday in Atlanta with Ossoff and Warnock. Trump already had announced plans to rally Monday evening, just hours before polls open, with the Republican senators in the north Georgia town of Dalton. Vice President-elect Kamala Harris, meanwhile, will come to Savannah on Sunday.

“We want to run through the tape. We don’t want to leave anything for granted,” said Jessica Anderson, executive director of Heritage Action, a grassroots conservative organization that has volunteers and staffers knocking on doors, making phone calls and sending text messages.

Roshan Mody is the cofounder of Plus1Vote, which focuses on getting young people out to vote on climate change, social justice and voting rights. He told progressive activists Monday during an online briefing that it’s going to come down to turnout.

In the nearly two months since the general election in November, Georgians have been inundated by radio and television advertisements, mailings, calls, text messages and even hand-written notes from out-of-state residents urging them to vote.

Runoff elections historically draw a much lower turnout than general elections, and in Georgia they have favored Republican candidates in the last decade or so. But in this unique election — with national attention, money pouring in and control of the Senate at stake — the normal rules don’t seem to apply.

Rather than dropping dramatically, early voting for the runoff is only about 20% lower than the early turnout at the same point before the general election, though missed days over Christmas make a direct comparison difficult. Experts who track early voting data say the high turnout, particularly among African American voters, and the continued engagement of younger voters is a good sign for the Democrats.

But McDonald and others are quick to say that the election results are likely to be very close, and there’s too much uncertainty to draw sweeping conclusions from the early voting data.

While early voting trends so far seem to favor Democrats, Republicans typically have higher Election Day turnout and they could also make gains in the final days of early in-person or absentee voting, McDonald said. There are also wildcard factors like the weather — though the current Election Day forecast is mild and dry across the state.

In-person early voting ends statewide Thursday, though some counties observe New Year’s Eve as a holiday so Wednesday will be their last day. Absentee ballots can be returned by mail or in drop boxes to be counted as long as they’re received by 7 p.m. on Election Day.

Perdue and Loeffler both failed to win a majority of votes in the general election last month, forcing the runoffs.

After a bitter fight during the general election between Loeffler and third-place finisher GOP U.S. Rep. Doug Collins, Republicans need to focus on making sure Collins voters now support Loeffler, Emory University political science professor Bernard Fraga said. They also need to stress the importance of voting despite repeated baseless claims from Trump and his allies that the presidential election was rigged and marred by fraud.

The president already held a rally earlier this month in Valdosta, in south Georgia. Vice President Mike Pence and other high-profile Republicans have also traveled to Georgia.

In the final days before the election, Democrats need to work on turning out Latino and Asian American voters, Fraga said. Participation by both groups surged in the general election, but they are less consistent voters and will need extra mobilization to turn out, he said. A continued focus on younger voters is also critical.

“It looks a lot better for Democrats now than anyone would have predicted based on the historical record,” Fraga said. “I think the question is whether it’s enough and the next few days are going to be key for seeing whether the group-level differences in turnout are suggestive of a pattern that favors Democrats.”

So far, very few of the runoff voters are people who didn’t vote in general election, Fraga said.

“If we assume that very few people are changing their minds about which party they’re going to vote for in the runoff, then much of the electoral landscape has already been baked in in Georgia and it’s really a story about turnout instead of changing people’s minds,” he said.

Voters can cast their ballots at either the Floyd County Administration Building or at Garden Lakes Baptist Church, 2200 Redmond Circle, from 8 a.m. to 5 p.m.

Voters may also drop off absentee ballots through Election Day on. Jan. 5  at one of the following ballot drop boxes: 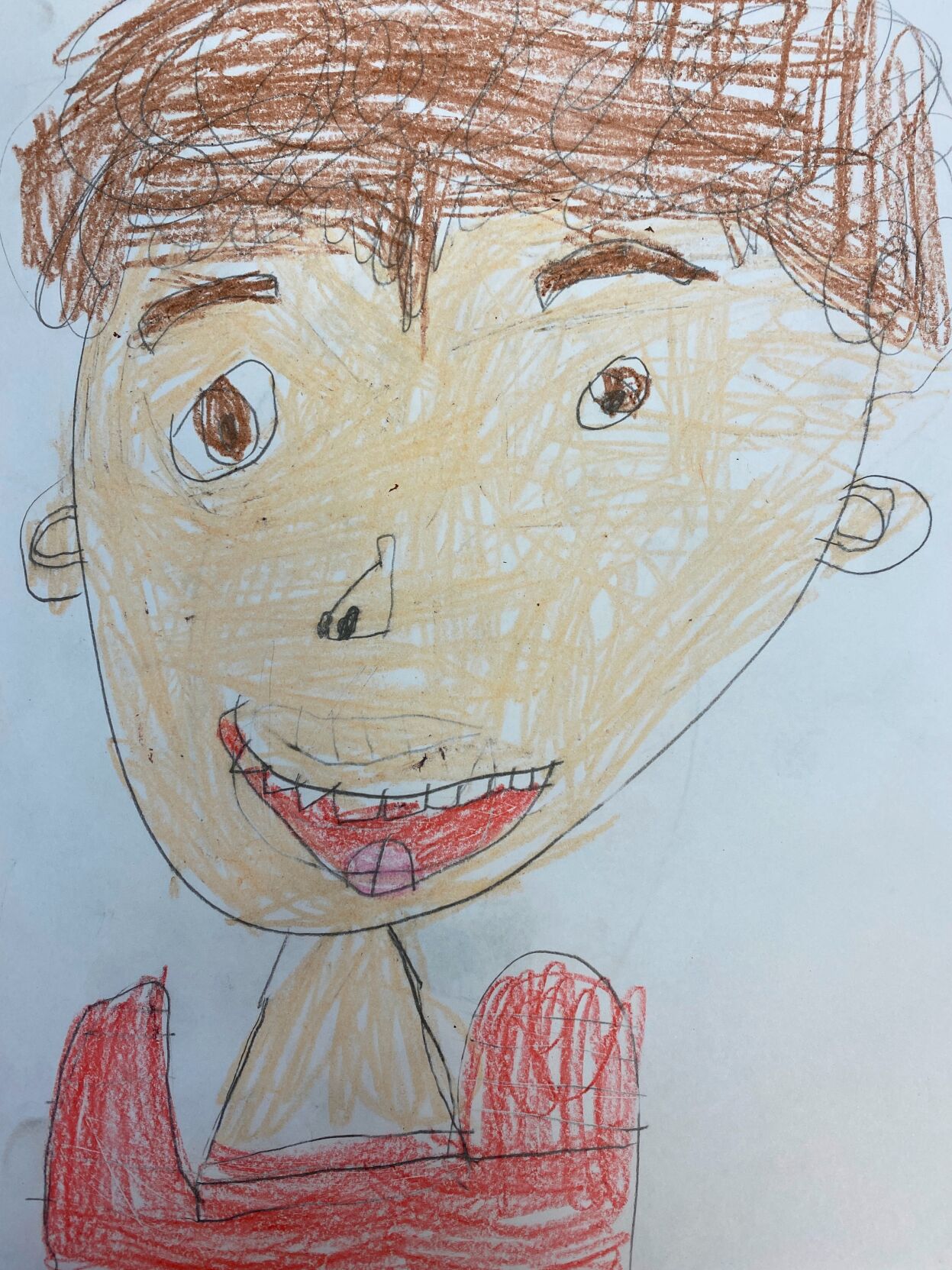 Bigstory
UPDATE: Potential for severe weather to herald the end of 2020, beginning of 2021

New Year’s Eve celebrations around the area may be hampered by more than just the pandemic this year with the threat of severe weather starting late Thursday into New Year’s Day, according to the National Weather Service.

“Because of the warm temperatures that we’re going to have Thursday and into New Year’s Day, it will cause an unstable atmosphere,” Floyd County EMA Director Tim Herrington said.

Early Thursday, the National Weather Service is predicting an increased, but still low, chance for the potential of tornadoes on New Year's Day.

The current National Weather Service forecast calls for showers beginning around 2 p.m. on New Year’s Eve, with a high in the low 60s, and thunderstorms possible through New Year's Day.

Friday’s high is predicted to be in the mid 60s with wind gusts near 15 miles per hour and a 100% chance of rain. Aside from possible damaging winds and the chance of an isolated tornado, flash flooding is also possible.

“We expect pretty significant wind and heavy periods of rain associated with it with the storm, which is a good recipe for spin off tornadoes,” Herrington said.

Currently, the biggest chance for severe weather exists along a line from Carrollton to Gainesville and south, with the biggest potential for flash flooding in North Georgia.

A diminishing chance of rain continues into Saturday with a high of 62 and a low in the upper 30s. Mostly sunny are skies predicted for Sunday with a high in the low 50s.

The extended forecast for next week, the first full week of 2021, calls for sunny skies with highs coming close to 60 through Wednesday.

Visit the National Weather Service website at forecast.weather.gov for the latest on the chance for severe weather.

One room at a temporary hospital is viewed at the Georgia World Congress Center, Thursday, April 16, 2020, in Atlanta. Gov. Brian Kemp took part in a tour of the 200-bed facility, constructed quickly to deal with COVID-19 patients in the lower levels of the center which normally plays host to large conventions and sporting events. (AP Photo/Ron Harris, Pool)

This May 2020 file photo shows a 200-bed facility that was once a part of the Floyd Medical Center parking deck. This overflow area was prepared in case a predicted surge of COVID-19 patients overwhelmed the hospital’s capacity.

The reactivation of the field hospital in the Georgia World Congress Center this week is a sign of how health facilities are struggling as the state’s number of COVID-19 patients continues to soar.

The facility in the Atlanta downtown convention center opened and closed twice earlier in the pandemic. Now it’s needed again.

Gov. Brian Kemp and Chris Stallings, the director of the state’s emergency management agency, led a media tour of the facility Tuesday. The facility is expected to open for patients Thursday, and ultimately ramp up to 60 staffed beds.

The GWCC facility will serve COVID patients who require a hospital bed but not intensive care, officials said.

A similar 200-bed facility on the Floyd Medical Center campus in the lower level of a parking deck was constructed in May. That facility has not come into use yet and the hospital isn’t expecting to open it unless there is a massive influx of new cases.

FMC spokesman Dan Bevels said even with the current number of COVID-19 patients peaking, they’ve not needed additional space after expanding the use of the former Kindred Hospital building. Staffing has been more of an issue, he said, with staff needing to quarantine after potential exposures but, even with current hospitalizations remaining high in December, they’ve still been able to manage staffing.

As of Wednesday, there were 79 COVID-19 infected patients being treated at FMC and 75 at Redmond Regional Medical Center. The number of patients infected with the disease caused by the novel coronavirus has remained at record levels locally throughout December.

State data show 4,560 people were hospitalized for COVID-19 in Georgia as of about 2 p.m. Wednesday. That’s more than three times the number of patients hospitalized in mid-October and 37% more than the summer peak.

The state’s Department of Public Health reported that Wednesday’s single-day total of new cases reported exceeded 9,200, including those from rapid antigen tests.

The state has moved into the Top 20 for most new cases per capita in the last 14 days as infection rates have declined in the Midwest and risen in the South, the Associated Press reported. Nearly 15% of those tested in Georgia have had the virus over the last week, the highest rate since early in the pandemic, although holiday-related changes in testing may be affecting that number, AP said.

Kemp said the GWCC facility will remain open through the end of January at a cost of about $16 million to $18 million, with contract staff managed by Grady Health System. Currently, 112 beds with equipment are available at the site.

The governor urged Georgians, particularly those 18 to 29 — who lead the state in new infections — to heed public health guidelines such as wearing a mask, limiting gatherings, practice social distancing and washing hands. He said people should opt for virtual New Year’s Eve gatherings to help stop the spread.

Kemp said Georgia is looking at other ways to expand hospital bed capacity if needed. He emphasized that people should seek care for non-COVID conditions if they need it, and should not try to wait out the pandemic.

“The real issue there is the staffing because of what we’re seeing going on in the rest of the country,” Kemp said. “The staffing issue has been the hardest part for any governor, any hospital CEO, and it doesn’t matter what state you’re in.”

Kemp pointed to an improving situation in Midwestern states, and he said he hopes that will make more contract medical workers available if Georgia needs them.

The state recently extended a contract for medical staffing with a unit of Alpharetta-based Jackson Healthcare, which may wind up paying the company more than $300 million.

The state opened the GWCC field hospital twice this year to serve as a relief valve for hospitals. The first time, in the spring, the Congress Center saw relatively light patient loads, but more patients were directed to the facility in the summer.

During the tour, Kemp and Stallings showed reporters about 4,000 pallets of personal protective equipment stored at the convention center. The PPE makes up part of an 80-day stockpile of medical gear that the state can use to resupply hospitals and other providers amid the coronavirus surge.