Cars were lined up on Shorter Avenue waiting to get into the COVID-19 testing station at West Rome Baptist Church on Monday morning. At one point the line was backed all the way to the Division Street intersection.

The COVID-19 testing station at West Rome Baptist Church had a line that snaked around several buildings and occupied one lane of Shorter Avenue almost to Division Street.

The number of COVID-19 cases has increased dramatically in several areas in Northwest Georgia in recent weeks.

It’s been said before but here it is again: wear a mask, wash your hands and keep six-foot distance from each other as much as possible.

Not only are new cases of COVID-19 ballooning in Rome and Floyd County, it’s a trend across the state.

Floyd County’s cumulative patients came in at 594 on Monday, according to the Department of Public Health. That’s six new infections overnight and 92 within the past seven days.

While the severity of the cases is not as acute, the number of people hospitalized has reached the level seen in early April.

“It seems like those who are getting exposed now are less high risk, younger, healthier individuals,” Quinlivan said. “Some of them are getting quite sick but — if there is a silver lining to this — maybe not as sick as the first time around.”

Last week the Department of Public Health reported that 22% of all current cases are among people aged 18-29 and the average age of a COVID-19 patient decreased from 55 to 42 in the past month.

Dr. Ken Jones, interim chief medical officer at Floyd Medical Center, said the increase in the number of COVID-19 hospitalizations has not impacted other operations at the hospital. However, they’re keeping a close eye on the situation and will probably address the issue of limiting visitation to the hospital sometime later in the week.

“We always worry about our nurses getting sick. We have not had any that I’m aware of so far,” Jones said.

While some staff members had tested positive in recent weeks, Jones said, that was apparently through community spread of the infection and not from in-hospital spread.

Patients with COVID-19 at FMC are all isolated in negative pressure rooms in what was formerly the Kindred Hospital on the hospital campus.

Jones said most of those who have been admitted initially came through the emergency room. If the case appears bad enough, FMC will utilize one of the quick tests that gets result back rapidly.

Someone who presents with less serious or no symptoms is likely to be given a standard COVID-19 test, which returns results in two to four days. Those patients are usually asked to quarantine until the results come back.

“Early on we were conserving because we didn’t really know how bad it was going to be,” he said. “But we’ve never even been close (to running out) like a lot of hospitals in the country have.”

“We’ve got available isolation units and available negative pressure rooms, so right now everything is operating pretty good,” Quinlivan said. He also stressed that Redmond is in very good shape with respect to PPE and ventilators.

Randy Smith (center) and the rest of the crowd sing the national anthem led by Dr. David McKalip at the Rome Independence Day Celebration and Citizens’ Parade Saturday afternoon.

The Rome Police Department, National Guard members and the Rome-Floyd Fire Department prepares for the start of the parade at the Rome Independence Day Celebration and Citizens Parade Saturday afternoon.

The Rome Independence Day Celebration and Citizens featured static displays, including the Bill of Rights and quotes about freedom from American historical figures.

Pride and patriotism were shown throughout Floyd County as folks gathered outside and maintained social distance to celebrate Independence Day.

The streets of Cave Spring were bustling with excitement as the 35th Annual Cave Spring Parade started up at 9 a.m. Organizer and founder Christa Jackson waved to attendees in her traditional Statue of Liberty costume from a boat driven along Alabama Street.

“We come every year and my kids used to be a part of the parade when they were younger,” Pruitt said.

Mary Grace was most excited for the animals in the parade, particularly the horses.

While the Pruitts have attended every year, this year was the first for the Manning family. Reagan Manning along with her sons, 4-year-old Bear and 10-year-old Bennett, talked about how excited they were to watch the parade and see the policemen and animals.

The parade included clowns on bikes and motorcycles, golf carts, old cars, ponies, fire trucks, dogs and tractors. All of them were decorated in red, white and blue and many people waved flags as they drove down Alabama Street.

Many of those on the parade floats threw out candy for the children.

Later on in the afternoon, people gathered in front of the Law Enforcement Center on Fifth Avenue for the Rome Independence Day Celebration and Citizens’ Parade.

The celebration was opened with a prayer for the country and a rendition of the national anthem.

Several speakers went up to the podium to talk about the cost of freedom, the importance of voting and perform a special reading of the Declaration of Independence.

Randy Smith talked about the founding of the American Republic, going back to the pilgrims seeking religious freedom in the 1600s. 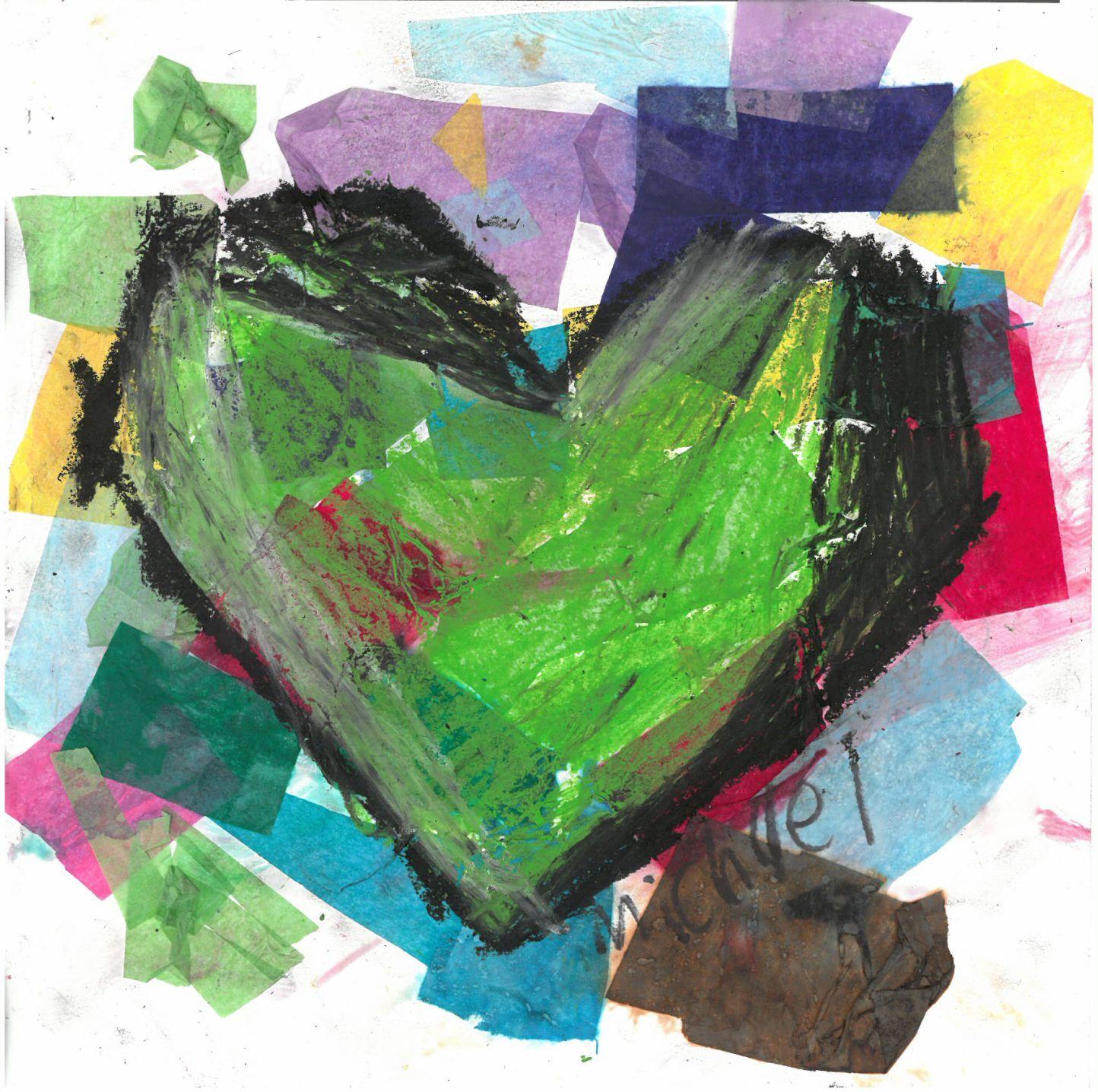 Taking note of the substantial number of new COVID-19 infection cases in Rome and Floyd County, the city and county commissions will hold a called joint meeting on Wednesday to discuss the situation with medical leaders.

“In the last two weeks our numbers have stayed on the rise,” Rome Mayor Bill Collins said. “We thought it was a good time to have the commissioners informed and hear from our medical community where we stand.”

The overall intent of the meeting is to have an open discussion with local medical professionals and get everybody on the same page, Floyd County Commission Chair Scotty Hancock said.

There doesn’t appear to be consideration of another shelter in place order, like the ones issued by both commissions in late March, but Collins said there may be action taken.

“I will not rule out some action could come out of this,” Collins said. “I think our community is of the utmost importance. We need to do everything we can do to make sure it’s safe.”

Recently, Savannah became the first city in Georgia to mandate the use of face coverings and commissioners in Clarke County will vote on a similar ordinance Tuesday.

Those ordinances conflict with Gov. Brian Kemp’s orders to “strongly encourage” but not mandate masks. This past week the governor toured the state encouraging people to wear masks to contain the spread of the coronavirus but has gone on the record against mandating such a measure.

If brought to a vote, Hancock said he personally would not vote to require all county residents to wear a mask in public.

“I will not support mandated masking requirements,” Hancock said.

Wednesday’s meeting will be held at 3 p.m. in the ballroom of the Forum River Center, 301 Tribune St., in downtown Rome.

While the meeting is open to the public, everyone in attendance is asked to wear a mask and practice social distancing by staying at least six feet apart.

Chipotle (left) and Panda Express are likely to be the first tenants of the new East Bend shopping center to open this fall.

Construction is well underway for two of the three primary anchors at the East Bend shopping center. Five Below (left) and Old Navy are expected to open sometime next spring while R.H. Ledbetter Properties still waits to hear about timing for a new Kohl's that will sit between them.

Roof work is underway on one of the two small retail strips in the East Bend shopping center at Turner McCall Boulevard and Hicks Drive in East Rome.

Panda Express (left) is almost dried in while work on one of the two strip retail buildings at the East Bend shopping center continues toward a fall completion date.

A couple of restaurants will be the first tenants to open in the new East Bend shopping center this fall.

Panda Express and Chipotle, side-by side on the Turner McCall Boulevard frontage, are both basically dried in — to the point that work can focus on exterior detail and all of the interior necessities.

Rome-Floyd County Building Inspection Chief James Martin said representatives with Texas Roadhouse have picked up their permits. Bob Ledbetter Jr. of R.H. Ledbetter Properties said he expects to see work on Texas Roadhouse start to come out of the ground by the middle of the month.

Texas Roadhouse will be tucked right into the corner of the shopping center at the Hicks Drive entrance. Panda Express is located closer to the railroad bridge.

A McAlister’s Deli will be located between Panda Express and the first of two small strip retail buildings.

The strip buildings could be ready for occupancy by late this fall, Ledbetter said. The developer expects to be able to release the names of some tenants in those smaller shops later this summer.

Documents filed with the Rome-Floyd County Building Inspection Department indicate that a Wing Stop Express would be one of the tenants in the strip behind Panda Express.

Both Old Navy and Five Below — a specialty discount store chain — appear likely to have openings sometime in the spring of next year.

They are two of the three anchor tenants. Work on those buildings is underway at the back side of the property. Two other buildings that will house a series of smaller shops are also at various stages of construction closer to the railroad tracks.

“Right now what we understand is that (Five Below and Old Navy) are shooting for a March opening,” Ledbetter said.

He is still waiting to hear from officials with Kohl’s regarding their plans for the third anchor space, between Five Below and Old Navy.

“If they miss March, we’re hoping they make it next October. But it will probably be sometime (next month) before they make that call,” Ledbetter said.

When the East Bend shopping center is complete, it will feature approximately 110,000 square feet of retail space and is expected to generate close to 400 new jobs.

The Ledbetters have said from the outset that they wanted to bring retailers to Rome who were not already in the market.

The city is providing the developers with a Tax Allocation District financial incentive package of approximately $1.9 million spread out over 15 years.