The Creative Flooring Solutions building is already underway on one of the parcels included in a much larger industrial area under review by the Northwest Georgia Regional Commission.

Construction of a building for Creative Flooring Solutions is well underway on a parcel off U.S. 41 in southern Gordon County. Adjacent acreage is being reviewed for additional industrial use that could encompass upwards of 3 million square feet and as many as 900 jobs.

A look from U.S. 41 to the Creative Flooring Solutions building under construction in Gordon County. The project is located on a parcel that is now part of a Development of Regional Impact review related to additional development on a former farm property.

Gordon County officials said they are excited about a proposed industrial development south of Calhoun that could bring as many as 900 jobs.

The project would encompass close to 3 million square feet of developable space with a total value at buildout in the range of $185 million.

Staff at the Northwest Georgia Regional Commission have started a Development of Regional Impact review for the major industrial project sited on both sides of U.S. 41 just north of Adairsville in Gordon County.

DRI reviews — required for large projects — give notice to surrounding areas that could be affected and allow a chance for comments.

The submission indicates the project would include both manufacturing and warehouse space spread across four parcels, three of them on the east side of U.S. 41 and one large parcel on the west side of the highway.

“It’s a compilation of private developers,” said James Ledbetter, Gordon County administrator. “This was unusual, in that some of the folks didn’t want it to be all included in one DRI because they are connected (geographically) but they are not connected (developmentally).”

The parcels are currently owned by several different entities, including the Development Authority of Gordon County, Con-onaula Farms, a trust in the name of William Hulsey, and Timothy Moore.

One tract owned by the Development Authority — 63.15 acres on the east side of U.S. 41 — already has one large building designated for Creative Flooring Solutions. The building was constructed on a speculative basis by the Owens-led group.

The DRI submission suggests that entire parcel would be earmarked for 1.46 million square feet of manufacturing space.

Another tract on the east side of the highway, some 68.15 acres owned by Con-onaula farms, is earmarked for upwards of 302,400 square feet of warehousing and distribution space.

The third tract on the east side of the highway, owned by Timothy Moore, covers 115.5 acres. It is proposed to house another 1.02 million square feet of warehouse and distribution use.

The total traffic count is estimated at 1,000 vehicles per day, including trucks.

“It’s not really one big industrial park,” Ledbetter said. “We wish we had that sort of planning but it sort of came together this way.”

The development sits just north of the Bartow County line, with quick and easy access to Interstate 75 — either via U.S. 41 and Ga. 140 in Adairsville, or by traveling a short distance north up U.S. 41 to the new South Calhoun Bypass.

Just a mile or two to the south, there will be at least two tenants in the 766,000 square foot Ashley Capital warehouse/distribution center in the Georgia North Industrial Park off Ga. 140, according to Melinda Lemmon, executive director of the Cartersville-Bartow County Office of Economic Development.

Lemmon said neither company is ready to make a formal announcement of their decision to take space in that building.

The Ashley Capital website indicates the developer plans to build at least three more huge buildings in Adairsville. Those buildings would add another 2.4 million square feet of leasable space.

The state’s webpage, Georgia.org, reports that 85% of the third party logistics firms operate in Georgia and 80% of the markets in the US are within a two-hour flight or two-day truck drive of the I-75 corridor.

The extensive Norfolk Southern and CSX rail lines are also a factor in the region’s growth for warehousing and distribution companies.

A primary CSX line, which funnels into the inland port in Murray County, runs along the western boundary of one of the parcels in the proposed Gordon County development.

About eight nurses’ stations are set up as part of the COVID-19 vaccination clinic at the Floyd County Health Department.

People fill out their forms at the Floyd County Health Department as they wait to get called back to the COVID-19 vaccination clinic Tuesday afternoon.

After getting vaccinated, people are asked to wait 15 minutes to make sure they don’t experience any adverse reactions from the shot.

While quantities of COVID-19 vaccines remain limited in Northwest Georgia, the state Department of Public Health is facing other problems when it comes to the vaccination program: staffing, and convincing people that the vaccine is safe.

Many people have voiced concern and uncertainty about the safety of the vaccine, but Northwest Health District Spokesman Logan Boss said they are working to teach people that the vaccine is not only safe, but also efficient.

“Research and polls show that Black and Hispanic populations have a very high refusal rate,” he said. “So we’re trying to reach out to those populations, primarily through social media.”

Harbin Clinic has a video with their infectious disease specialist Dr. John Hostetler answering common questions about the vaccine on their social media.

According to Boss, about 75% to 80% of the Northwest Georgia population needs to be vaccinated to achieve herd immunity in the area.

Vaccine supply isn’t the only shortage facing Georgia DPH: the agency also has been looking for people with a medical background to volunteer at vaccination clinics. This is due to a staffing shortage at DPH facilities, but Boss said they have had a great response from the public.

“DPH, just like all state agencies, had budget cuts this year in the midst of the pandemic,” he said. “We’re needing those volunteers to help meet the demand for those vaccines.”

Floyd County Health Department received their last vaccine shipment on Jan. 12, but Boss said it’s still not enough to alleviate the demand from those currently eligible to get the vaccine.

“We’re seeing vaccine shipments still being slow,” he said. “In Catoosa County, we placed an order for 5,000 doses but it’s trickling in at 200 doses a day.”

The way vaccine allocation works is first the decisions are made at the federal level about the number of doses each state receives. Once the state receives the vaccines, they allocate the doses to different health districts, hospitals and stores.

“Before the allocation is made at the state level, a certain percent of vaccines designated to Georgia is diverted to CVS and Walgreens as part of a federal program where they administer the vaccines to residents and staff at nursing and assisted living facilities,” Boss said.

On Tuesday, Floyd County Health Department workers Nilsa Castillo and Cassidy Duke said they administered about 600 vaccines, give or take, between 8 a.m. and 5 p.m. They had a few cancellations, but those were only due to people getting sick.

According to Amber Schmidtke, an epidemiologist who publishes a daily COVID-19 update, nationally, 34% of the available doses have been used to initiate a person’s 2-dose vaccine series. Of those who have started the vaccine series, 15.2% have had their second dose.

Within the last week, companies such as Kroger, Publix and Ingles have announced the openings of their own vaccination clinics in Georgia.

Two local stores, Publix at Charles Hight Square shopping center and the Kroger at Riverbend Center, have listings on their respective websites But both reported they were fully booked or vaccines were unavailable as of Tuesday afternoon.

While Walmart has started vaccination clinics in other states, they still haven’t set up any in Georgia, according to an automated voice message on their COVID Vaccine Line.

According to the COVID-19 vaccination dashboard on the Georgia Department of Health website, 407,550 Pfizer vaccines had been shipped to Georgia as of Tuesday, as well as 519,800 vaccines manufactured by Moderna. 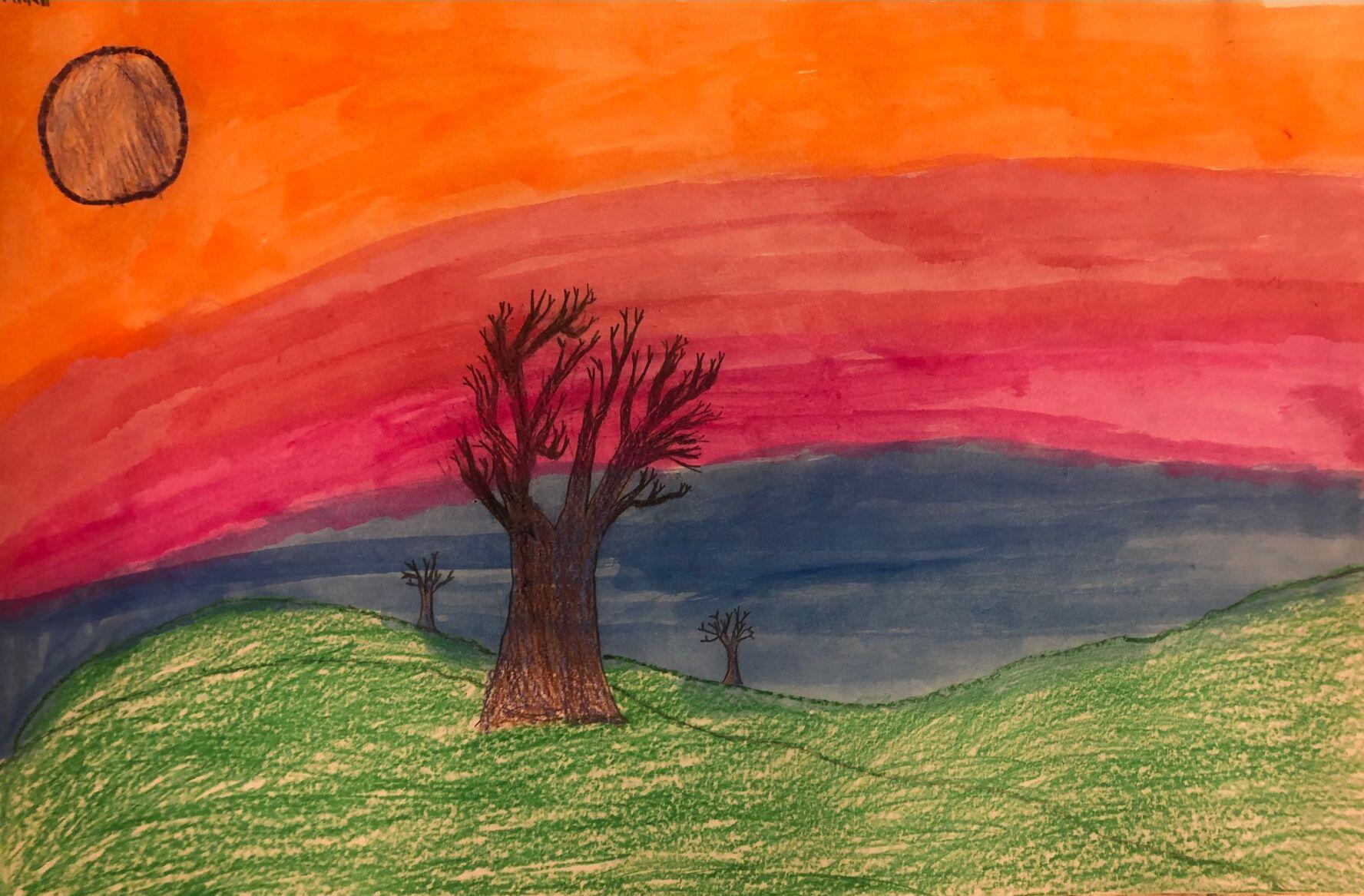 Georgia officials battling the COVID-19 pandemic are hoping for a shot in the arm to the state’s vaccine rollout when President-elect Joe Biden takes office on Wednesday.

Toomey told state lawmakers at a budget hearing Tuesday the incoming Biden administration has made “a promise of additional vaccine” that could boost supplies, but those numbers will not be known until after Wednesday’s inauguration.

“We literally don’t know week-to-week what our allocation will be,” Toomey said. “There’s some disconnect between what we were told was coming and what actually is available.”

Biden has pledged to distribute 100 million vaccine doses by May. Health experts expect vaccines to be widely available to the public sometime over the summer. Georgia officials including Gov. Brian Kemp are aiming to vaccinate all nursing home residents and staff by the end of this month.

Around 451,000 vaccines had been administered in Georgia to hospital workers, nursing home residents and staff and people ages 65 and older as of Monday morning, Toomey said. That marked less than half of doses local health providers and pharmacies had received so far from the federal government.

Toomey also noted just 30% of Georgia’s nursing home residents and staff have been vaccinated, leaving many thousands of the state’s most vulnerable people at risk of infection and death as the highly contagious virus continues spiking after winter holiday outbreaks.

Nearly 700,000 positive COVID-19 cases were confirmed in Georgia as of Tuesday afternoon, with huge increases seen since November that culminated in a record-high 10,389 new cases reported on Jan. 8, according to state Department of Public Health data. The virus has killed more than 11,000 Georgians, including at least 122 in Floyd County.

While state officials are now setting up mass vaccination sites and better systems for eligible Georgians to schedule appointments, Toomey said the only way to halt the virus’ spread will be for state to receive more vaccines.

“At the rate we’re going, it’s going to take many, many months,” Toomey said. “We really need to be able to do these big vaccination sites, and we hope that will happen soon with the availability of more vaccine.”

The state Department of Public Health has not asked state lawmakers to approve spending increases this year since the federal government pays for more than half of its roughly $690 million budget.

The agency has also been awarded more than $1 billion in COVID-19 relief as of mid-January to pay for testing and vaccines, though Toomey said the roughly $110 million in emergency aid meant specifically for vaccinating Georgians is not enough.

Toomey told lawmakers Tuesday the COVID-19 fight has taken a toll on her agency’s morale, particularly due to criticism public-health workers have faced on social media over the slow vaccine rollout and high infection rates.

“We so seldom get thanked for the work we’re doing 24-7,” Toomey said. “Money is important … but even more than money, a thank you for what they’ve been through.”