Floyd County voters have through Oct. 30 to cast early ballots in person, with a choice of two locations open to include the weekends. A third opens Monday for weekdays only.

All precincts will open from 7 a.m. to 7 p.m. on Election Day, Nov. 3, but voters will have to go to their assigned location then.

The contest drawing the most attention is the presidential race. Two U.S. Senate seats also are on the ballot, with one almost guaranteed to go into a runoff, along with two Public Service Commission seats.

Locally, there are five contested races to decide. Votes are countywide for Floyd County Commission posts 2 and 3 and state Senate District 52 — which also encompasses parts of Bartow, Chattooga and Gordon counties.

Only voters in western Floyd County will weigh in on the fifth race. House District 12 also covers all of Chattooga County. Two other state representatives are unopposed for reelection: District 13 Rep. Katie Dempsey, in Rome and the surrounding unincorporated area, and District 14 Rep. Mitchell Scoggins in southern Floyd and part of Bartow County.

Candidates in the locally contested races answer questions in this edition of the Rome News-Tribune. It also contains information about various aspects of the election, including the ballot questions and unprecedented turnout.

The primary battle to replace U.S. Rep Tom Graves as Northwest Georgia’s congressional delegate was intense but there is no contest in the Nov. 3 general election. Republican Marjorie Taylor Greene is the only certified candidate after Democrat Kevin Van Ausdal withdrew. His name still remains on the ballot but votes for him will not be counted.

A number of other local candidates — all Republicans — will cement their wins in the general election and start new four-year terms in January.

Dave Roberson, the only countywide political newcomer, is unopposed to succeed Floyd County Sheriff Tim Burkhalter, who is retiring at the end of the year. Floyd County Board of Education member Danny Waits is already appointed to serve out the remaining term of Melinda Jeffers, who resigned Aug. 31. He was the only candidate who qualified to run for the seat.

Georgia Secretary of State Brad Raffensperger said Friday that turnout for early voting statewide is breaking records. As of noon, over 1.2 million ballots had been cast, compared to 538,695 cast as of the close of polls at the same point in 2016.

The bulk of the increase is from mailed-in absentee ballots that have been accepted, up by over 700%, but in-person voting also is up by 62%, he said.

Floyd County in person voting is available from 8 a.m. to 5 p.m. weekdays at the County Administration Building, 12 E. Fourth Ave., and Garden Lakes Baptist Church, 2200 Redmond Circle. Both sites also are open weekends from 9 a.m. to 4 p.m. — except the church will only be available Sunday after 1 p.m.

Absentee ballots may be returned by the U.S. Postal Service or in drop boxes set up on the side of the County Administration Building and in front of the Rome-Floyd County Library, 205 Riverside Parkway.

A Carroll Daniel construction worker installs the lighting in the breakroom and office part of the Floyd County Jail medical facility, which is set to open late November.

Floyd County Jail Administrator Maj. Bob Sapp estimates that around 16-20 beds will be placed in both the male side and female side of the renovated jail medical facility.

Floyd County Jail Administrator Maj. Bob Sapp shows some of the piping in the jail’s renovated medical facility. Sapp described the plumbing and electric a lot more complicated than an average building’s because of all the reinforcements the jail has to implement in the infrastructure.

An iron grid is placed into the ceiling of the Floyd County Jail’s medical facility’s cells to ensure none of the inmates can break through.

Construction workers set up the circular overhang over the nurse’s station in the female side of the Floyd County Jail’s medical facility.

All of the cell doors at the Floyd County Jail medical facility must be able to lock automatically and remotely through the jail’s security system.

The Floyd County Jail medical wing is on track for completion at the end of November, despite the initial worry that the coronavirus pandemic might slow the process down.

“We’ve been assisting with inmate labor, which has helped tremendously,” Sapp said. “In fact, right now we have inmates priming the walls and helping set sheet rock.”

The renovation is phase one of a 2017 special purpose, local option sales tax project. Construction began in the spring, right when the pandemic hit Northwest Georgia.

“It (the pandemic) puts a damper on things, trying to keep people at a distance,” Dooly said. “It does slow things down a little bit trying to get everyone to work safely, which they’ve been doing great at. Probably the biggest thing is getting the products and materials out there, because a lot of those companies have shut down so that throws us a little bit behind... Other than that, we’ve been doing pretty good.”

For a jail, a medical facility has to be just as impregnable and secure as the other parts of the building.

“Any kind of mechanical, electrical or plumbing is very specialized,” Sapp said. “Every piece of equipment in here is extremely sophisticated... you can’t just call a plumber to fix something at the jail because it’s unlike anything a regular plumber has ever seen.”

The ceiling itself has an iron mesh grid to prevent inmates from breaking through. The walls are also reinforced with metal studs and high velocity impact sheetrock.

“It’s extremely heavy, it takes two to three guys to just carry a sheet of it,” Sapp said. “And it goes over the iron mesh on both sides of the wall and the steel beams inside.”

The floor itself is 12 inches of solid concrete to prevent any further breaking.

The medical facility will have about 16 to 20 beds on both the male and female sides, as well as two isolation rooms for inmates with infectious diseases, a dentistry room, a break room and offices for the doctors.

Every cell and bed will be suicide-resistant as well, which includes bolted down beds and reinforced utilities. This is to prevent anyone from intentionally hurting themselves or fashioning any sort of weapon from the bed frame, bathroom mirror or other parts of the cell.

“We’re lucky to have had Carroll Daniel Construction oversee this because they’ve done such a special job with this project,” Sapp said.

Staff is currently in the process of getting phase two of the SPLOST project started, which will begin converting side five of the jail into a mental health wing. The mental health wing will be able to house 40 to 45 inmates.

In this April 15 file photo, two Floyd County Jail inmates wear masks as they watch television, the day a policy went into effect requiring staff and inmates to wear masks while they’re in large groups.

Those inmates are being housed in the medical isolation block and six others are quarantined while tests are pending, the sheriff said.

“We’ve been lucky to get this far,” he said. These are the first positive cases of COVID-19 at the jail. In early April, the Floyd County Jail mandated all visitors, inmates and staff at the jail were required to wear masks and that, among other changes, appears to have been working.

At this point the entire Bartow County Jail is in quarantine after 30-plus positive cases were reported on Wednesday.

Most of those who have tested positive at the Bartow County have been asymptomatic, Sheriff Clark Millsap said.

That leads to the crux of trying to keep the virus out of facilities like jails and prisons, Northwest Georgia public health district spokesman Logan Boss said. Many younger people catch COVID-19 but are asymptomatic. Add that to the influx of new arrests, one person infected could cause a widespread outbreak in a confined area.

“Ninety percent or more (of the cases they’ve found in jails) are asymptomatic which increases the difficulty of trying to control transmission in a confined environment.” Boss said.

That same asymptomatic transmissions among younger people have also led to the similar issues outside of isolated facilities.

Another issue is how to quarantine inmates once an outbreak becomes widespread.

According to the Centers for Disease Control and Prevention guidelines, individuals who test positive for COVID-19 often are cohort quarantines.

Cohorting refers to the practice of isolating people infected with the disease caused by the novel coronavirus together as a group, due to a limited number of individual cells.

In this region, public health officials have seen outbreaks — defined as one COVID-19 positive case per 28 days — in Chattooga and Paulding County as well as at Hays State Prison in Trion.

Outside of the jail, the state reported the deaths of two more Floyd County residents on Friday.

The two week number of confirmed COVID-19 cases in Floyd County began to rise again near the end of that reporting period. While that may be a fluctuation the number of cases in that time period, 251, is roughly equal to the numbers in the county during June and July, just prior to a surge in August where we had two week averages above 400 until mid-September.

The number of new COVID-19 cases rose at the end of the two week period bringing the total of 251. That's much less than a summer spike that b… 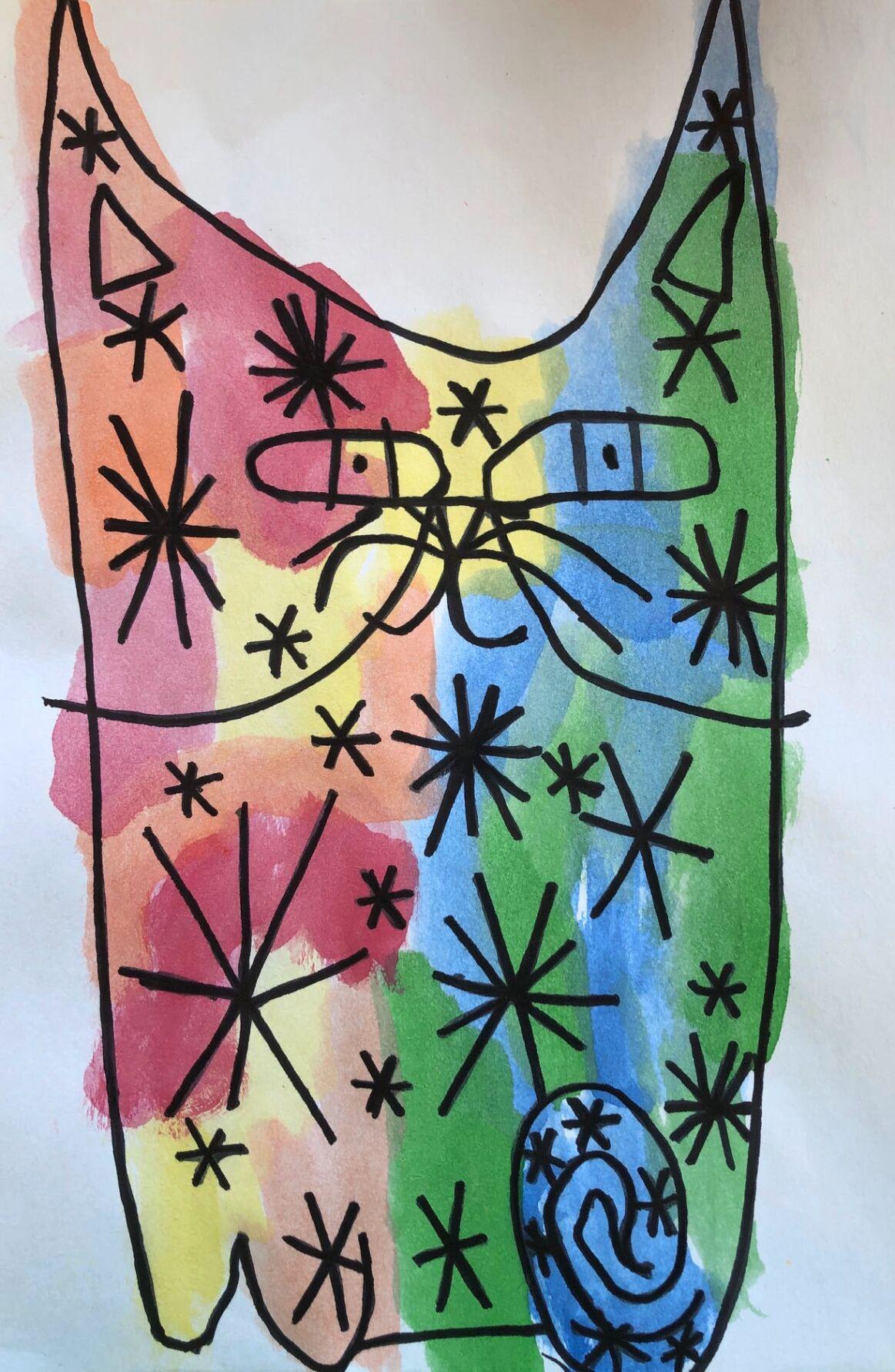 Floyd County commissioners weighed out the possible benefits of a solar farm in the county after resident Bob Henderson brought the possibility to their Tuesday caucus meeting.

“Georgia Power has plenty of land in Floyd County and what I am suggesting is installing a solar farm to take up some of that land,” Henderson said.

He described the project as a way to create more jobs for people in the county both during and after construction. Henderson suggested the construction could be paid for with remaining fees from the recent millage rate raise and the county could use the Plant Hammond property to start as it already has a lot of the necessary infrastructure for building a solar farm.

“There are several different approaches you can take with building a solar farm,” he said. “I’m familiar with a private company coming in and building a solar farm... and they maintain it for a length of time at a fixed rate and by the end of it, they turn it over to the power company.”

Henderson said the industry is starting to grow and the county could put together a committee to begin looking into this project. As a benefit, a solar farm could also lower utility fees for county residents, he said.

County commissioners said they were very open to the idea and discussed the possibility of applying for grants for the project.

There is already a small solar farm at the Darlington School, according to Chair Scotty Hancock, but he wasn’t sure which company oversaw the construction.

County Manager Jamie McCord said they’ve explored the project in the past and agreed with many of Henderson’s points. The Walker Mountain Landfill is nearby the county’s electricity conductors and has multiple cells already filled in that could be used to install the panels.

“I don’t think this commission is opposed to solar farms at all, it’s time to get serious about it,” Hancock said.

McCord said there might be some obstacles but they will start looking into it more in the coming weeks with Special Projects Manager Bruce Ivey and the county’s Georgia Power representatives. He also invited Henderson to any upcoming meetings involving the solar farm.