Local
Floyd County Jail SPLOST construction reaches halfway point, will be in use by late November
By Olivia Morley OMorley@RN-T.com

Cornerstone Concrete workers pump concrete from a truck as they prepare to build out the concrete slab for the floor of Floyd County Jail’s new medical wing.

After finishing the concrete flooring, Carroll Daniel Construction crews and inmate workers will begin building out the Floyd County Jail’s new medical wing, which should be completed by the end of the year.

The Floyd County Jail’s medical wing renovation has reached its halfway point as workers finish up pouring the entire concrete slab for the floors.

Now that the section of the jail has been gutted, they’ll begin building it back up. The Floyd County Sheriff’s Office jail administrator, Maj. Bob Sapp, said they’re currently working on removing all of the old fire proofing and insulation from the old unit.

“We had to remove about 6,500 square feet of this stuff, off the high metal ceilings, that is up in the infrastructure of the facility,” Sapp said. “The vendors are now spreading it back in and, once that process is completed, we’ll be able to lay (reinforcing bar) in and metal studs and put up block walls.”

The 2017 special purpose local option sales tax project has gone very smoothly so far, despite the COVID-19 pandemic, he said.

While they’re putting up the walls, they’ll begin incorporating the mechanical, electrical and plumbing parts of the project.

“After that, we’ll get into looking into priming all the block and painting,” Sapp said.

At the same time, the mixed crews of Carroll Daniel Construction workers and inmates will begin installing low-voltage wiring in the facility for security controls, such as cameras and door locks. They will then connect the wiring back to the jail’s central control network for emergency situations.

Once the wall blocks are up, they’ll begin putting metal framing above the cells and install frames within the block to put heavy duty glass in place so that staff can keep an eye on inmates while they’re in the infirmary cells. After they finish this installation, they’ll start putting down antibacterial flooring in the cells.

The medical wing will have about 12 to 16 beds once completed. The rest of the beds promised in the SPLOST project will be a part of phase II construction, where staff will be building a mental health wing with 40 to 45 suicide-resistant beds for inmates.

Despite the coronavirus pandemic, the construction crews have remained unaffected by it. Crew members’ temperatures are taken twice a day and they wear masks while on the job.

Sapp expects the project to reach substantial completion by late November. This means that they’ll begin using the wing for inmates, but they will also be checking to see what works and what doesn’t work in the wing. The final completion should be done by the end of December.

Jennifer Ambrosio gets off the bus for her first day of the school year at West Central Elementary on Thursday.

Pepperell Primary pre-K student Osvaldo Valentin Chavez gets ready to eat his breakfast in the classroom on the first day of school.

Rome High School students wearing face coverings keep their distance to mitigate the spread of the novel coronavirus on their first day of school Thursday.

Pepperell Primary pre-K student Chloe Stokes gets ready to eat her breakfast in the classroom.

Braxton Spencer eats breakfast on the first day of school at West Central Elementary on Thursday.

Julie Carrasco brings her sons Max, Zayn and Eli to West End Elementary for the first day of school.

Rome High School swim coach Joey Powers gives directions to students as they get off the bus for the first day of classes Thursday.

The first day of school is always chaotic.

Adding in new measures to mitigate the spread of the coronavirus was just an extra thing to consider when getting students to classes.

“It was a typical first day, but nothing out of the ordinary,” Rome City Schools Superintendent Lou Byars said.

For the most part, students ate lunch in their classrooms and the schools worked to keep students in smaller encapsulated groups.

Schools limited access to parents and visitors this year and Floyd County Schools Superintendent Jeff Wilson said that made the first day a bit less chaotic, even with all the new measures.

“Because we were getting kids out of cars and not having folks in the building, it went a little smoother,” he said.

While some walked down the halls to find classrooms, other students logged in for their first day to be greeted by teachers in their virtual classrooms.

There were some glitches that are being worked out in the virtual classrooms but nothing unexpected, Wilson said.

The first few days in school are generally a time for students to get acquainted with their surroundings and, in-person or virtually, it wasn’t any different, he said.

“We should have that ready to go pretty soon,” Wilson said.

After students go home on Friday, the administrators will get together to discuss how things could be done better.

“Tomorrow afternoon we’ll sit down and review the good and the bad and make changes,” Byars said.

Other school systems in north Georgia that began earlier in the month are already seeing closures because of infections and quarantines.

At the end of school Tuesday, Etowah High School closed until Aug. 31, because of a high number of confirmed and possible COVID-19 cases, Cherokee County School District officials announced Tuesday.

Polk County has also taken a week off after a rising number of infections or exposures.

A high school in Paulding County that made national headlines for images of students without face coverings packed into school halls closed Wednesday.

North Paulding High School confirmed there have been 35 new COVID-19 cases since first day of school. They’ve canceled in-person classes for the rest of this week and will begin a two days a week staggered scheduled starting Monday.

Students in Calhoun and Gordon County returned to in-person classes on Wednesday.

“Will there be confirmed cases in the schools? Yes. As one of the largest employers in our city and county, Calhoun City Schools has already had staff members who have had direct or indirect contact with persons who have COVID-19,” Calhoun Superintendent Michele Taylor told the Calhoun Times.

“We are realistic in knowing that reopening schools will likely cause an uptick in cases due to increased testing and exposure. We also know that education will be key to help us slow the spread and act responsibly.” 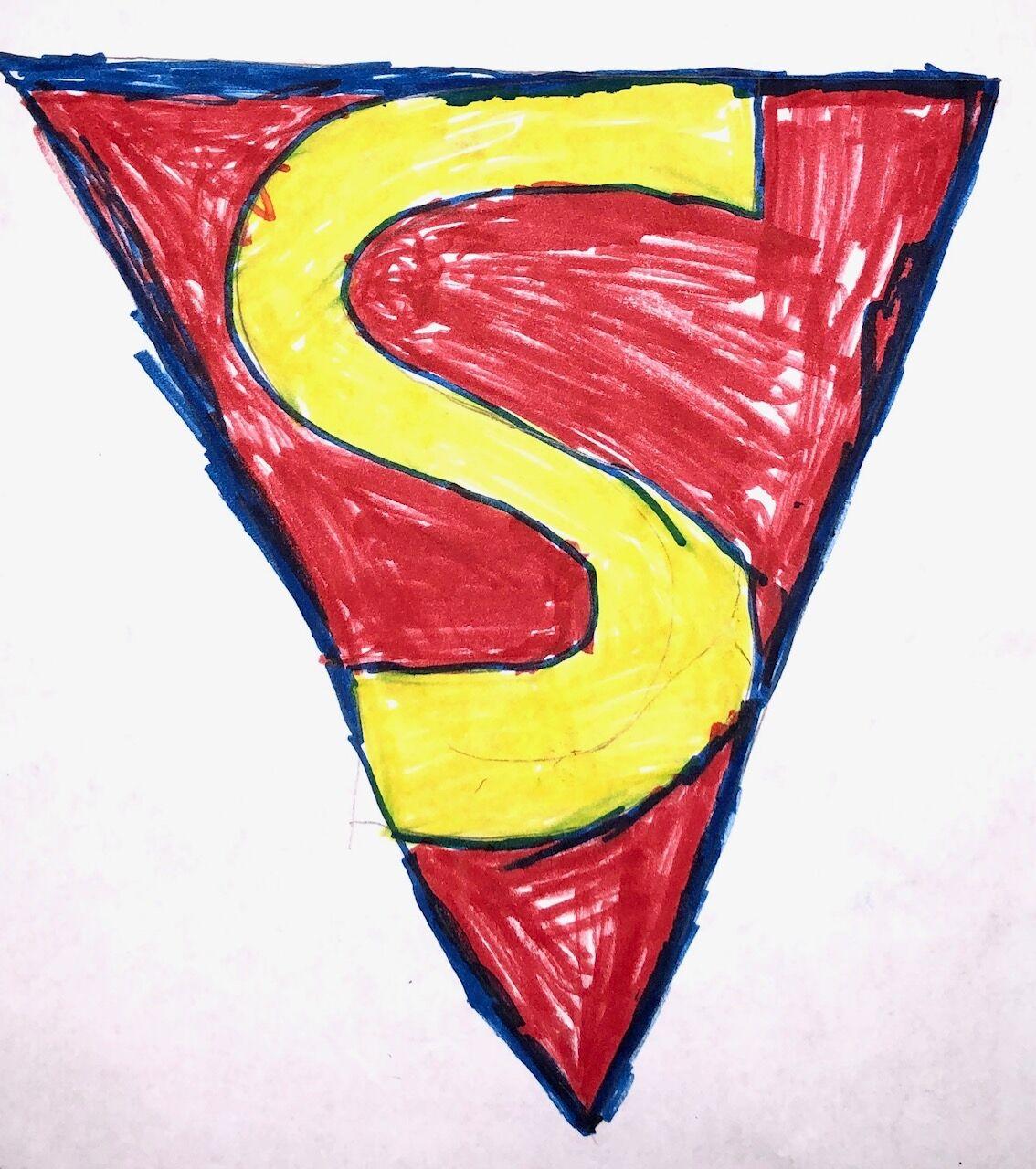 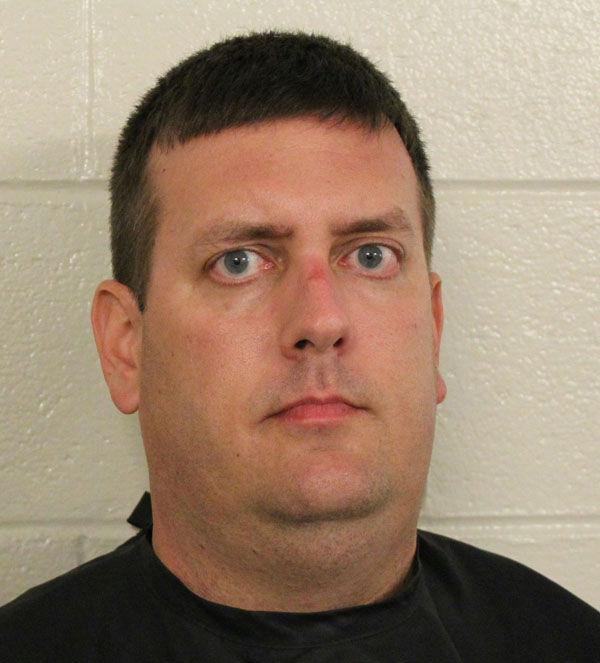 Longtime Chattooga County Sole Commissioner Jason Winters is out of the running for a fourth four-year term after losing in the Republican primary runoff.

Winters and Blake Elsberry were separated by two votes in the June 9 Republican primary but neither topped the 50% threshold in the three-person race to avoid a runoff. On Tuesday, Chattooga voters chose Elsberry, 2,703 to Winters’ 1,777.

Chattooga voters also decided this week who will replace Probate Court Judge Jon Payne, who did not run for reelection.

Gary Woods beat Teresa Pope in the Republican runoff, 2,941 to 1,515. Woods was also the favorite in the three-person primary in June. There is no Democrat in the race but independent Holley Strawn-Gilliland qualified for the post. On Aug. 14 Strawn-Gilliland presented the required signatures to qualify for the post. Who takes the post will be decided in the Nov. 3 general election.

Nearby counties also set their ballots in several Georgia General Assembly races this week — with a surprise upset in the bid to succeed state Sen. Bill Heath, R-Bremen, who did not seek a new term.

Former Dallas mayor Boyd Austin came out of the four-person Republican primary more than 1,200 votes ahead in the Senate District 31 race covering Polk, Haralson and most of Paulding.

But former Paulding County school board member Jason Anavitarte topped Austin in the Tuesday runoff, 10,563 to 10,345.

Democrat Tianna Smith was unopposed for her party’s nomination and will be on the Nov. 3 ballot with Anavitarte.

The Senate District 30 seat held by Republican Mike Dugan of Carrollton also will have a Democratic challenger in the fall.

Montenia Edwards won her party’s nomination over Triana Arnold James in the runoff, 1,970 to 1,653.

James led in the three-person primary with 5,700 out of the 13,693 votes cast but couldn’t get her supporters back to the polls on Tuesday. In Paulding County, voters gave her a lead of 116 votes out of 3,108 votes cast but supported Edwards in the runoff, 309 to 269.

The second-place finisher in the Republican primary also won the runoff in the state House District 1 race in Walker and Dade counties to replace Colton Moore of Trenton.

Moore stepped down to challenge state Sen. Jeff Mullis, R-Chickamauga, but the veteran lawmaker took nearly 55% of the vote in his three-person primary and has no opponent in November.

Mike Cameron beat John Deffenbaugh for the Republican nomination Tuesday, 2,857 to 2,213, and has no opponent in the general election.

Deffenbaugh was ahead by 399 votes in the three-person primary, out of the 8,541 total votes cast. Walker County voters preferred him in the primary but came out for Cameron on Tuesday, 1,885 to 1,431.

Stultz also was the favorite in the five-person primary, taking 1,087 of the 3,102 total votes cast. He has no opponent in November.

This article has been amended to reflect that an independent candidate qualified for the probate court judge post.