Local
Baseball tournament to bring over 100 teams to Rome this weekend
By Doug Walker DWalker@RN-T.com

Rome City Manager Sammy Rich (left) and Mayor Bill Collins discuss a huge youth baseball tournament coming to Rome this weekend during a Joint Services Committee session with county leaders Tuesday. It was one of the first in-person government meetings, with social distancing, since the COVID-19 crisis started three months ago.

Floyd County Manager Jamie McCord (left) and Commission Chair Scotty Hancock review sales tax numbers during a meeting of the Rome and Floyd County Joint Services Committee Tuesday morning. Sales tax collections were up in February and March but did take a dip in April.

Hotels and restaurants in Rome may see a significant increase in activity this weekend as more than 100 youth baseball teams are slated to be in town for a tournament that will be played at fields all around the community.

Floyd County Manager Jamie McCord told members of the Joint Services Committee Tuesday that he feels very comfortable about all of the safety rules and protocols that are in place for the event.

Wofford said that baseball doesn’t raise so many COVID-19 concerns because it is played outdoors and the kids are spaced apart fairly well — but it’s going to be very hot.

“It may be a little different and a little uncomfortable for somebody,” Wofford said. “In between the sessions we’re going to have time to wipe down the bleachers and we’ll have our staff there cleaning the bathrooms all day.”

Concessions will all be prepackaged food items.

The event is sponsored by the United States Specialty Sports Association and has been on the schedule since January. The organization has had to cancel three other events in Rome this spring because of the COVID-19 pandemic, Wofford said, but play resumed in areas across the Southeast within the last couple of weeks.

Teams from Georgia, Alabama, Tennessee and North Carolina are all expected in town for the action Saturday and Sunday.

The Parks and Rec department also will be reopening pavilions in the local parks for rental use this weekend, in accord with state COVID-19 guidelines.

McCord said he expects a number of the teams to start arriving in Rome on Friday night. Rome Mayor Bill Collins said he has high hopes that the event will start a rebound for local hospitality industry businesses.

McCord and County Commission Chair Scotty Hancock told the committee of city and county officials that they have been pleasantly surprised by sales tax receipts through the pandemic.

February collections of the special purpose local option sales tax were actually up by 4.3%, according to Georgia Department of Revenue distributions data. March SPLOST collections were up by 1.5%. However, the April data, which just came in, did finally show a 4% decline.

McCord said he started to plan for a downturn in sales tax receipts similar to what happened during the recession a decade ago.

“People didn’t go on Spring break, they stayed at home and did a lot of work around the house,” Hancock said.

McCord said that a lot of early panic buying probably helped the numbers, as did the government stimulus checks. Taken together, collections for the last three months are still up 0.04%, or $16,255, ahead of the same three months last year.

During a discussion of the potential impact of state mandated 14% budget cuts, McCord said, “I just don’t want to get an unfunded mandate.”

The John Graham Homes development sits on parcels bounded by East Fourteenth Street, East Twelfth Street, Crane Street and Cedar Avenue in East Rome. The planning commission will hear a rezoning request for the parcels Thursday, likely the first step before the public housing complex is demolished later this year.

Park Homes public housing on Reservoir Street is undergoing renovation and may be one of the locations current residents of John Graham Homes are moved to if plans for demolition go foward.

Park Homes public housing on Reservoir Street is being renovated and may be one of the locations where current residents of John Graham Homes are moved if plans for demolition go foward.

The Rome-Floyd Planning Commission will hear a rezoning request for John Graham Homes on Thursday, the first step in plans to demolish the public housing development later this year.

The Northwest Georgia Housing Authority is requesting the lots to be rezoned to a multifamily residential designation. The agency is trying to help revitalize the area through the Choice Neighborhoods initiative, a federal program dedicated to creating affordable housing and expanding communities.

At this point, work with consultants for use of the $1.25 million Choice Neighborhoods grant along the Maple Street corridor, including John Graham Homes, has stopped, pending the ability to conduct additional community meetings.

“We have to have so many meetings with the residents, so HUD has agreed that we can just put that on hold,” NWGHA Executive Director Sandra Hudson said in a May meeting with the authority’s board of directors.

They’re hoping to have face to face meetings with residents before moving forward with any kind of plan for the community.

One part of the overall neighborhood overhaul will involve the demolition and rebuild of John Graham Homes. The development has 150 apartments and the current plan is to replace them with 104 new ones.

Many of the residents in the housing project may be relocated to other housing authority complexes, like Park Homes on Reservoir Street. That housing complex is undergoing extensive renovations, slated for completion by the end of the year.

Also on Thursday, the planning commission will consider a rezoning request for a community-commercial lot on Lookout Circle in South Rome. Applicant Ruth Terry has asked for the lot to be rezoned to low-density-traditional-residential.

Since the parcel is in the same area as a neighborhood, Terry said the rezoning would be a better fit with the surrounding parcels.

The planning commission will make recommendations on the applications, which are slated to go before the Rome City Commission June 22 for a public hearing and decision.

Also on the agenda is a rezoning request for a convenience store that sits on a lot zoned for residential development. Applicant Sudha Patel is asking for a correction to community-commercial zoning.

That application will go before the Floyd County Commission for a public hearing and decision on June 23.

The planning commission meeting will be held over Zoom at 2:30 p.m. Thursday. Log in instructions will be posted on the City of Rome’s Facebook page before the meeting.

For information about participating in the public hearing portion, contact Associate Planner Brice Wood at bwood@romega.us. 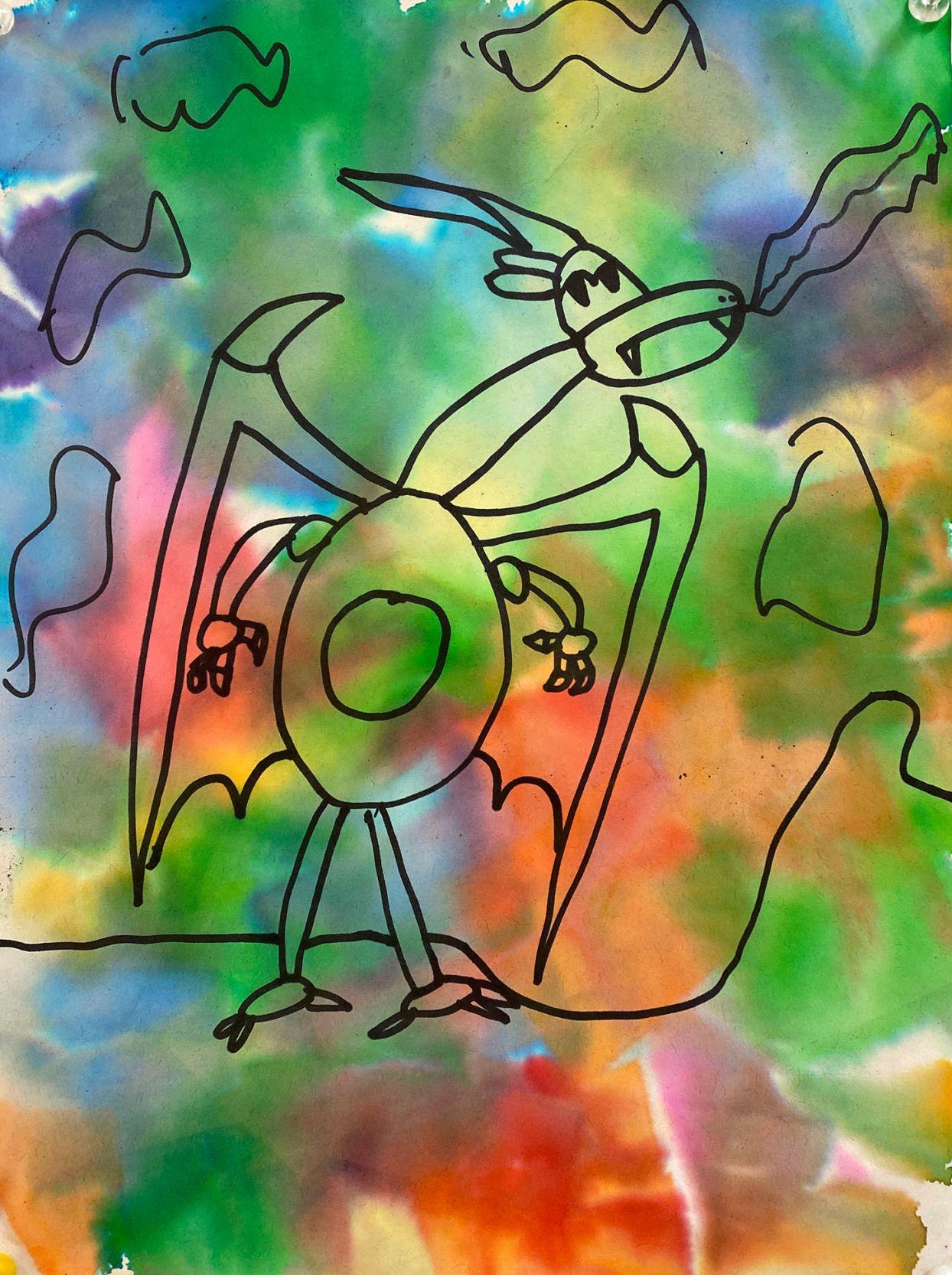 Police are still investigating the circumstances surrounding a shooting that left a teen dead on Grady Avenue in North Rome on Monday, but the suspect in that shooting has been arrested in Bartow County.

Rome Police Department Assistant Chief Debbie Burnett said early Wednesday that the suspect, who is a juvenile, was arrested yesterday in Bartow County on unrelated charges. The juvenile has not been charged in the shooting at this point, and she said the investigation is still active.

The names of the juveniles involved have not been released by police at this point.

Two juveniles were involved in a shooting on Grady Avenue in North Rome that left one teen dead.

When Rome Police Department officers arrived at the scene just after 7 p.m. Monday, they found one young black teen on the ground with gunshot wounds. Assistant Police Chief Debbie Burnett said in a press release that the responding officer rendered first aid but the teen was later pronounced dead by the coroner.

Floyd County Deputy Coroner Chris Giles said the person who was shot was a 16-year-old male.

As of Tuesday morning, police stated that preliminary information in the investigation showed the person suspected of shooting the teen is also a young black male.

“The names of those involved are not being released at this point as the investigation is in its early stages and involves juveniles,” Burnett said in a press release.

An autopsy will be performed by the GBI Medical Examiner’s Office in Decatur.

Anyone with information about the incident is encouraged to contact investigator Kyle York at 706-238-5127 or the Rome Police Department Investigative Division at 706-238-5111.

Anonymous tips may be submitted online at www.romefloyd.com/departments/anonymous-tip-line.

No new arrests have been made at this point in the investigation into the slaying of two Rome half-sisters whose bodies were discovered off the bypass on May 13.

The Georgia Bureau of Investigation continues to search for clues in the deaths of Vanita Nicole Richardson and Truvenia Clarece Campbell, three weeks after their bodies were found under a bridge on the outskirts of Rome with bags tied over their heads.

The days immediately following their discovery revealed some details, including the GBI’s determination that the two were murdered sometime between the evening of May 12 and the morning of May 13 before being dropped over the side of the Etowah River Bridge on the East Rome Bypass.

The two were in Richardson’s 1997 gold Toyota Corolla during the evening of May 12, but according to information released on May 20 the car has not been found.

Investigators have sought the public’s help in tracking the car down. It was last seen with the license plate RTJ6295 and is believed to have been in the Metro Atlanta area.

Two men remained in the Floyd County Jail Wednesday after their arrests in connection with the investigation in the previous weeks.

Desmond Lavonta Brown, 28, and Devin Lashawn Watts, 36, are being held without bond following their arrests as a result of search warrants obtained through leads and tips received by the GBI.

Both arrests stem from searches conducted a the Callier Forest Apartments on Dodd Boulevard on May 18 and 19.

Brown was originally charged with misdemeanor obstruction of law enforcement officers after he reportedly entered a vehicle after being told not to do so by police and then resisted officers before being restrained.

Released on bond, Brown was then re-arrested in Bartow County on drug charges days later. He was transferred to the Floyd County Jail and is currently being held without bond on felony cocaine charges and a probation violation.

Watts is accused of hiding a .380 caliber Glock pistol, which had been reported stolen in Pickens County.

Warrants stated that Watts, who cannot lawfully possess a firearm because of a previous felony conviction, hid the pistol in the closet of apartment J-10 in the Callier Forest Apartments. He is being held without bond on charges of theft by receiving stolen property and possession of a firearm by a convicted felon.

A TIMELINE OF EVENTS

10:59 a.m. — Rome police are dispatched to the area of the bridge after Georgia DOT employees discovered the bodies while performing routine maintenance on the bridge.

Approx. 2:45 p.m — The bodies of both women are pulled up from under the bridge and put into the care of the Floyd County Coroner.

The GBI releases the names and ages of the two women and confirm the manner of death as homicide.

The GBI arrests 28-year-old Desmond Lavonta Brown and charge him with misdemeanor obstruction of an officer during the execution of a search warrant connected to the case.

Devin Lashawn Watts, 36, is arrested and charged with theft by receiving stolen property and possession of a firearm by convicted felon after he reportedly hid a stolen gun in an apartment.

Brown is arrested by U.S. Marshals and Bartow/Cartersville Drug Task Force and charged with possession and intent to distribute cocaine and marijuana. The GBI again ask for the public's assistance in locating Richardson's missing Toyota Corolla.