Site preparation work is underway for a new 67-home subdivision, to be called Crestview, across from the Floyd County Jail. Rome's KC Homes and CDR Management are developing the lots while the homes will be constructed by Smith Douglas.

Rome City Commissioners unanimously agreed Monday to allocate up to $1 million to help offset the cost of infrastructure associated with new housing construction.

The money will come from the city’s federal American Rescue Plan funds.

The incentive package was developed by the Special Committee on Housing, chaired by Commissioner Wendy Davis. It’s available for new homes that sell for up to $250,000 or rent for no more than $1,200 a month.

Water and sewer tap fees will be waived as long as the $1 million earmark lasts. It also includes reimbursements for infrastructure costs, ranging from $2,500 for a single family home on an urban infill lot up to $6,000 per unit for a subdivision with at least 25 homes.

“There’s nothing here that hasn’t been done in some other communities,” said Mayor Craig McDaniel.

City Manager Sammy Rich said the feds are expected to release the final set of rules governing use of ARP funds “any day now.” Should the incentives not be an approved use, the issue will have to go back before the commission.

The city has already received more than $5 million of the anticipated $11.5 million in ARP funds.

Also on Monday, the first reading of a temporary ordinance to permit open container public consumption of alcoholic beverages downtown was approved without objection.

Commissioners also conducted the first of three public hearings to consider the 2021 city property tax levy. There were no comments. The next hearing is at 10 a.m. Thursday, in commission chambers at City Hall, 601 Broad St.

The board also appointed members of a special Landmarking Committee: Selena Tilly, Ann Pullen, Sam Malone and David Mitchell. The committee is most immediately charged with recommending a place to put the Gen. Nathan Bedford Forrest statue that was removed from Myrtle Hill Cemetery.

The committee also will develop a protocol for identifying historic local places and people that deserve recognition in the form of plaques, statues or other landmarking.

Noah Cook, 14, hops on board a Floyd County Sheriff's Office ATV under the watchful eye of Chief Deputy Bob Couey.

Lukas Richard, 6, shouts to his family after climbing into the driver's seat of a Rome-Floyd County Fire Department ladder truck during the Public Safety Expo Saturday.

Emmileigh Dobbins, 5, stands up in the bow of a DNR patrol boat while Game Warden Carla Gann (right) speaks with the Dobbins family at the Public Safety Expo in Rome Saturday.

A medical transport helicopter was a big hit for people visiting the Public Safety Expo in Rome Saturday.

Public safety leaders in Rome and Floyd County want to create closer relationships between the various agencies and the people they serve.

“We’re here to serve them and we’re friendly,” said Floyd County Police Chief Mark Wallace. “They can approach us and I hope that’s what they get out of this.”

That was the primary purpose of a Public Safety Expo at the Coosa Valley Fairgrounds this past Saturday.

Floyd County Police Sgt. Chris Fincher said it is important to reach children during their impressionable early years. He said that box was easily checked at the expo, particularly with the help of Snickers the bloodhound and the SWAT unit’s bomb robot on display.

A secondary purpose for the expo was to recruit new employees.

The Floyd County Police Department is only three officers short of a full staff, however the Floyd County Sheriff’s Office has about 18 positions empty.

Recruitment and getting information out to the community about the various functions of the sheriff’s office were big reasons for their participation.

When it comes to recruiting, the sheriff can hire a jail officer at the age of 18, whereas a law enforcement deputy has to be at least 21, FCSO Chief Deputy Bob Couey said.

The ability to recruit jail officers at a younger age gives the sheriff’s office an opportunity to provide a taste of the type of work involved before sending them off to the mandated training to become certified law enforcement officers.

Noah Cook, 14, was one of many teenagers who came out to the expo with his family. Cook expressed interest in becoming a Georgia Department of Natural Resources game warden.

“I really like helping the environment,” Cook said. “You get to be outdoors and around wildlife.”

Game Warden Carla Gann was among those on hand for the expo, with one of the DNR river and lake patrol boats.

“This is an education opportunity for our department,” said Jamie Stone, the chief training officer. “We’ve had a few teenagers come up and ask what is required to become a firefighter.”

He stressed that events like the expo show how emergency responders are really all part of one big team that serves the community.

The Rome Exchange Club, which manages the fairgrounds, sold hot dogs and hamburgers during the event. Money generated from the sales is going back to public safety for the production of a video that can be used in local schools to help educate children about public safety issues. 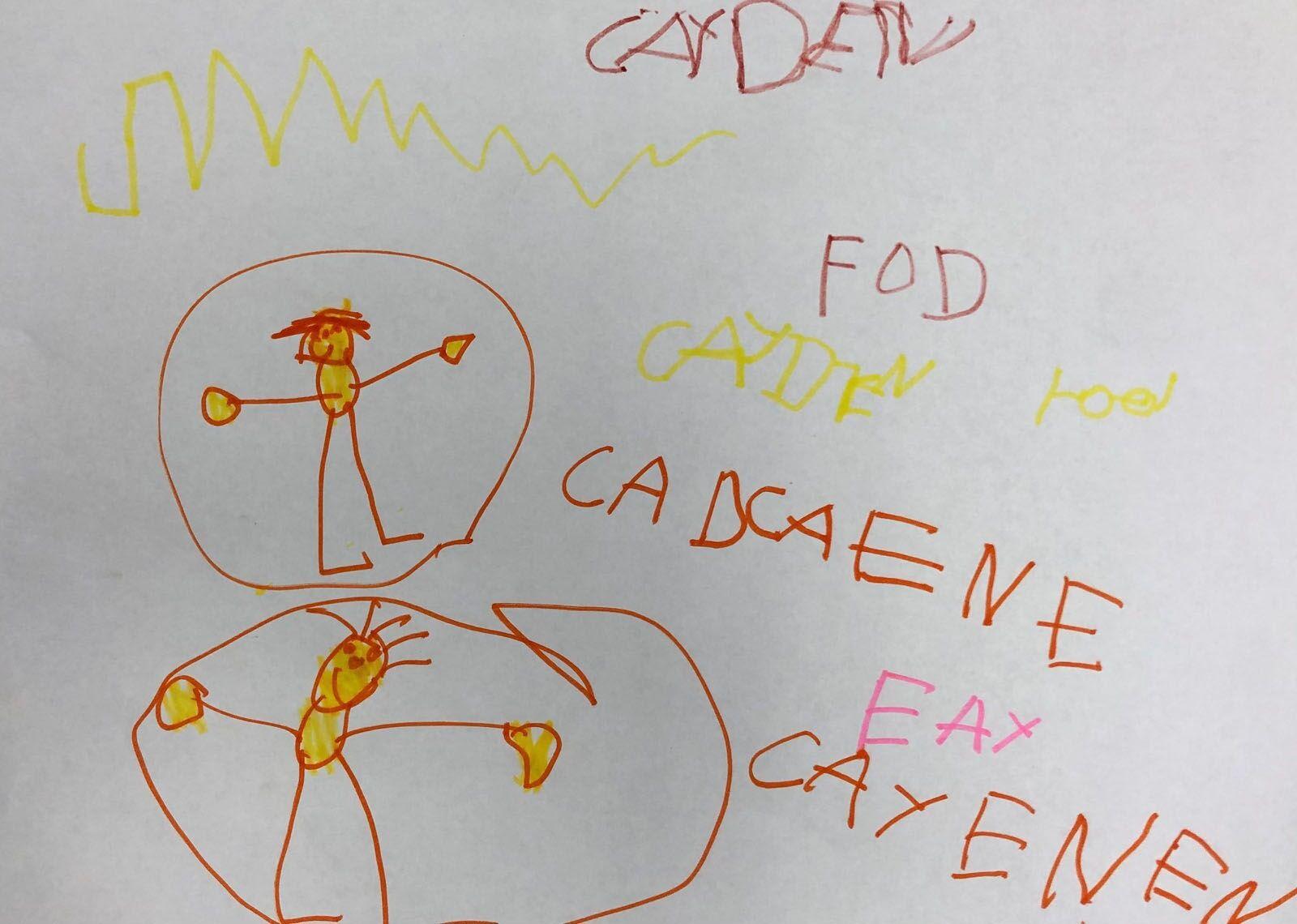 Despite a rise in the number of cases from the Delta variant of COVID-19, the current level of cases in Floyd County and Northwest Georgia hasn’t seen a noticeable bump.

The number of new infections in Floyd County is the lowest in the 10 county Northwest Georgia Health District, the region’s Department of Public Health Spokesperson Logan Boss said.

The Centers for Disease Control and Prevention lists Floyd County as a low transmission area. Other counties in the area — Bartow, Walker and Catoosa — are listed as having a “substantial” spread and Dade, up by Chattanooga, is rated a high spread county.

However, there is some concern even for Floyd because of the spread of the highly infectious COVID-19 Delta variant, Boss said.

“(Each of the health districts) are expecting an uptick in cases from the Delta variant,” he said.

That, alongside the fact that around 20% of the region’s most vulnerable population — those 65 and over — are still unvaccinated, is cause for some concern, he added.

The real issue, Boss said, is younger people spreading the virus to that more vulnerable population.

The variant, while not more deadly overall, spreads faster and more easily than the original virus.

The concern about the potential for the spread to increase is primarily the transmission from less vulnerable people — in this case, younger populations where transmission of the virus has been the highest — to those older and more vulnerable.

Georgia is among several states that have fallen behind the vaccination curve, primarily because of a partisan struggle over the program and rampant misinformation concerning the vaccines.

The national average is well above Georgia’s full vaccination rate of 39%. Approximately 44% of the eligible people in the state have received at least one dose of the vaccine.

Watching the opening scenes of Marvel’s latest installment, the long awaited “Black Widow,” you can spot some very familiar sites from around Rome.

Also, if you look closely at the Barron Stadium shot, you can see a real Rome Wolves game taking place.

Ann Hortman, the sports director at the Georgia’s Rome Tourism Office, worked with the film scouts and producers in 2019 when they were looking for locations to film some of the opening scenes.

“We had the actual location manager here. She made several visits to Rome over the course of several months,” Hortman said. “They were looking for locations for the scenes set in the United States.” 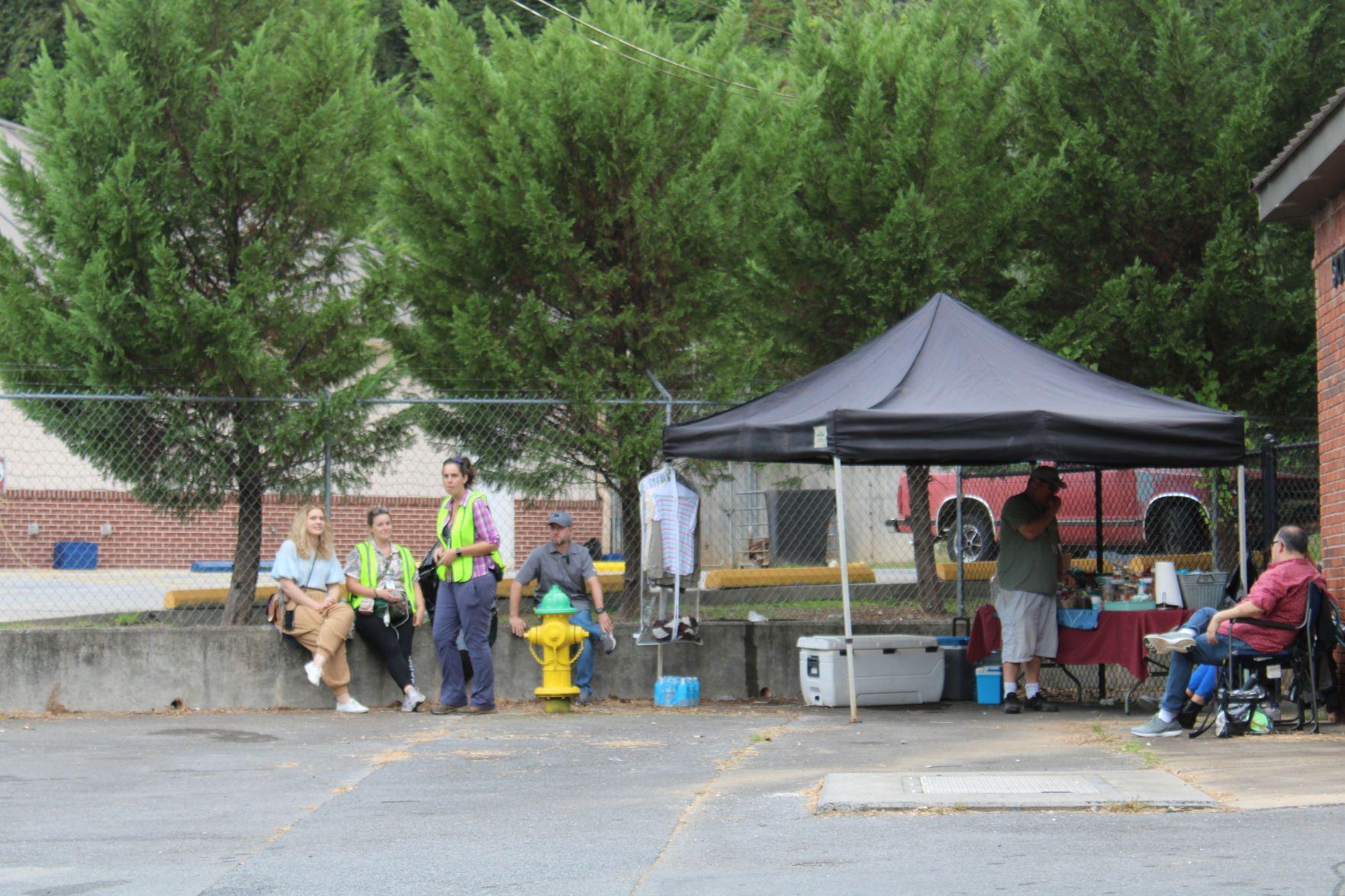 While filming was taking place around town the project was titled “Blue Bayou,” to keep certain plot points in the story under wraps.

“When projects are here, we sign a nondisclosure agreement so we can’t talk about anything until after it’s released to the public,” Hortman said. “And when you see the movie, you understand why. Because the scenes filmed in Rome were integral to the plot.”

Rome is no stranger to the film industry, with major movies like “Sweet Home Alabama,” “Remember the Titans” and “The Mule” having shot scenes around the area. Most recently, the Netflix series “Stranger Things” filmed on the Berry College campus and at the Claremont House in 2020.

However, Hortman said that being a part of the box office breaking Marvel Cinematic Universe is very special for Rome.

“The film industry is all relationship driven. These are all location managers and location scouts that we have worked with in the past and they’re familiar with Rome,” she said. “So now the Marvel Cinematic Universe has been exposed to Rome ... and since Marvel’s a franchise, we hope they return.”