One ordinance will prohibit long-term “tethering” where dog owners leave the animal outside chained within their yard. A second ordinance will seek to define the required amount of shelter for an animal, which is not defined in the existing ordinance. The third will address who pays the cost of the care for an animal while they are housed at Public Animal Welfare Services while an owner awaits trial.

“We’ve had animals up there for years,” said County Manager Jamie McCord. “They become institutionalized just waiting on trial, which is not good for the animal or the person going to trial.”

McCord said all three of the local governments have been looking at some of the animal control issues for months now and are finally ready to present revisions to the governing bodies later this month.

The issue of chaining animals outside 24-7 seems to be more of a problem in Rome and Cave Spring, where some folks use their dogs as guard animals.

In April, PAWS Director Jeff Mitchell told commissioners that tethering leads to anti-socialization and an increase in dog bites. Mitchell estimates that 65% of dog bite calls involve dogs that are chained up.

Payment for anticipated cost of impoundment is designed to mirror current state law and recoup some of the cost of housing animals.

Mitchell said one of the intended consequences of the ordinance is that it will help free up cage space.

The new ordinances will also include a definition of adequate shelter, with language that will focus on cleanliness and providing ample space for the animal to move around comfortably.

Several commissioners expressed interest in a spay-neuter ordinance. However, the lack of a low-cost option for those services in the area will put any changes relative to that issue on hold.

“We’ve got some more work to do on that,” said County Commission Vice Chair Allison Watters.

Block W7 will serve as a meeting and community area for inmates of the Floyd County Jail’s mental health unit. Most of the meeting rooms will be on the top level, but they plan to also put one on the bottom for inmates with disabilities.

Carroll Daniel construction workers are nearing completion of the new mental health unit at the Floyd County Jail. Pictured is one of the cells in W10, where inmates with severe mental illness will be housed.

Block W10 will have six beds for men and six beds for women who are severely mentally ill at the Floyd County Jail.

As construction moves forward at the Floyd County Jail’s mental health unit, workers plan on cutting a doorway to the medical wing in case of an emergency.

The new mental health wing of the Floyd County Jail should be in operation sometime in mid-August, as construction workers finish renovating Blocks W9 and W10.

“Construction should be complete in July, but we have a few housekeeping things we need to work on before we open it,” said Maj. Allen Pledger of the Floyd County Sheriff’s Office.

The influx of large numbers of people with mental health needs at the jail has been a longstanding concern over the last 10 years, since the closing of Northwest Georgia Regional Hospital in 2011.

To address the issue, voters approved a $5.2 million earmark in the 2017 special purpose, local option sales tax package. As part of that and other SPLOST funding, the sheriff’s office has been able to completely renovate the jail medical wing, which opened this past year.

A separate mental health unit is part of the overall project.

Pledger, who serves as the jail administrator, said they’re renovating the cell blocks as they wait for beds and furniture to come in.

“We’ll have to touch up some paint in the hallways and cut a door across the hall from medical, so medical will have easy access to the blocks if need be,” he said.

Inmates who come off the streets high or intoxicated will be put in Block W8, where they can be monitored as they recover.

“We’ll give them a couple days to come down and see if they exhibit any signs that there are medical needs to be aware of,” Pledger said.

Around eight bunks, 16 beds total, will be installed in the block for men only. However, Pledger said they might expand and change parts of W9 into a similar area if they get a large influx of women.

Block W7 will serve as a community space where they’ll hold both group and one-on-one therapy sessions.

Local organizations, such as the Rome chapter of the National Alliance on Mental Health, will be working closely with the jail staff and assisting in the therapy sessions.

“That’s on track to start in August,” Pledger said.

The jail will also be incorporating their FREED program, or Floyd Re-Entry Education and Discharge. Offender Unit Manager Jen Cronan previously said they’re working on a mental health discharge planner to work with each inmate to make sure they’re set to restart their lives.

Pledger and Sheriff Dave Roberson said they’re open to any organization, such as local Alcoholics Anonymous and Narcotics Anonymous chapters, that would like to come in and work with the mental health unit. 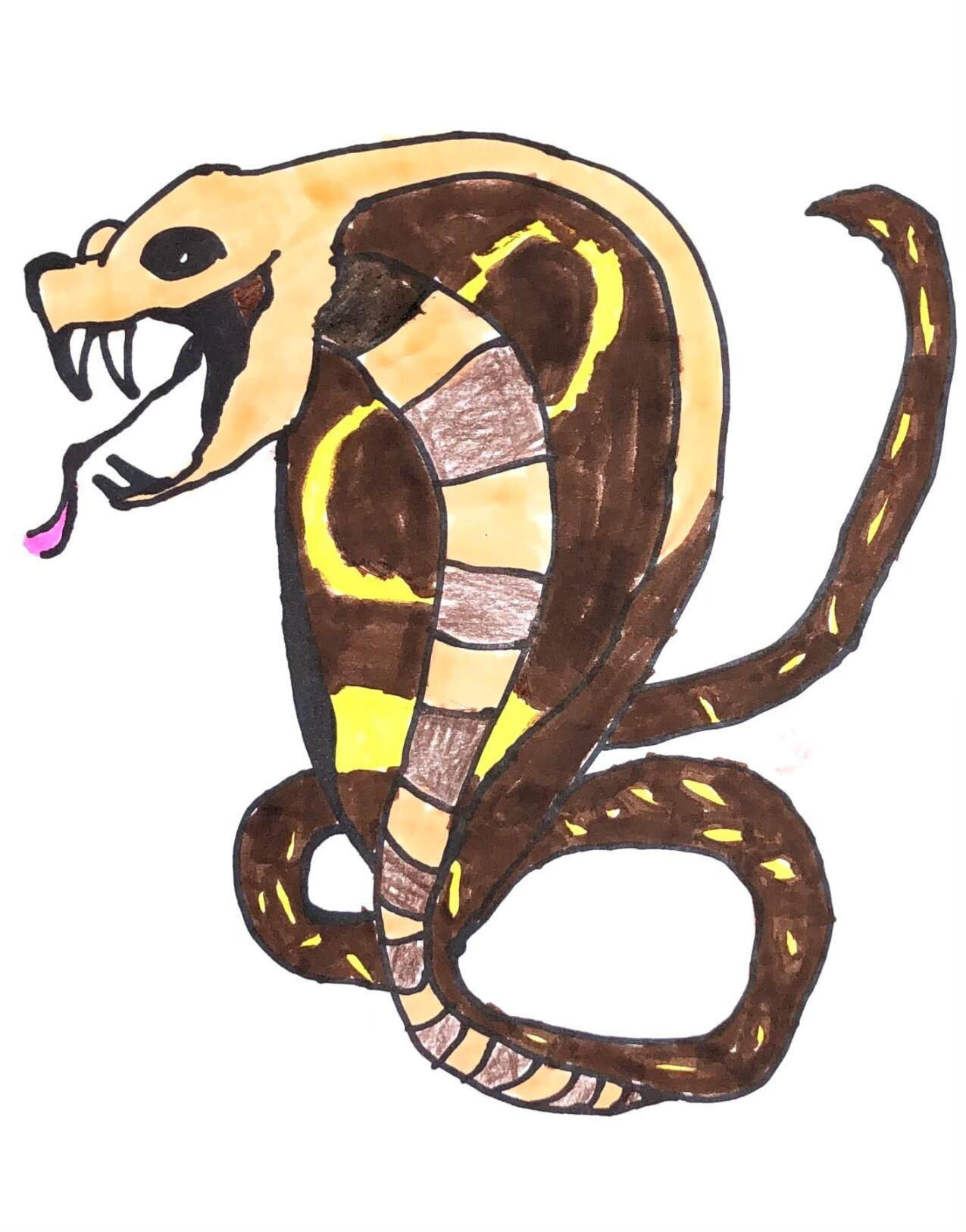 In this July 2020 file photo families swim at the Rolater Lake pool in Cave Spring.

Cave Spring City Council is preparing for the upcoming Bike Ride Across Georgia visit on Monday.

The pool in Rolater Park, normally open Friday through Sunday, will be made available for the cycling visitors. A temporary open container ordinance will be in effect for that night only, and a concert in the park will greet the riders.

Sandra Lindsey, who has been helping organize the event, went over some of the details and plans they have in place during a City Council work session Tuesday.

A few of the town’s businesses, such as Linde Marie’s Steakhouse on the Square, will be participating in a “sip and stroll” event for the cyclists. The Spring Brew Coffee Co. will also be open, serving coffee and ice cream.

After the event finishes up and the cyclists retire for the night, BRAG will bring in a clean up crew to make sure no trash is left behind by the riders.

Council members also discussed meeting with the Floyd County Board of Education in July regarding the upcoming closure of Cave Spring Elementary School.

“I want us to try and come up with a list of questions to address with them,” Mayor Rob Ware said.

Ware specifically wants to get an idea about what will happen to the large property after the school closure. Several entities, including the housing authority, have expressed interest in the property.

The meeting will take place on July 19 in the evening.

On July 3, Cave Spring plans to host their annual Independence Day parade and fireworks. As part of that event, council members are expected to approve a $1,000 contribution for the fireworks at their business meeting next week.

A view from the crest of the hill at Martha Berry Boulevard and North Fifth Avenue.

Floyd County police racked up the latest few arrests in and around the area, which has become known for illegal drug activity. This week three people were arrested on methamphetamine trafficking charges and police confiscated over 3 ounces of the drug.

Police found an ounce of methamphetamine in the room with 63-year-old Steven Wayne Graham at the Saga Inn at 3189 Martha Berry Highway late Tuesday.

In another incident on Martha Berry Highway, near Old Dalton Road, police arrested 32-year-old Bernard Thomas Kinney Jr. A report stated Kinney was stopped for a seat belt violation and police found 2 ounces of methamphetamine in the trunk of his vehicle.

Kinney is being held without bond on a parole violation as well as felony drug trafficking, possession of meth and possession of the drug with the intent to distribute.

Another woman, who was in the vehicle with Kinney, was also arrested and charged with drug trafficking as well as attempting to smuggle drugs across the guard line at the jail.

The arrest reports concerning the enforcement efforts were also peppered with those accused of possessing smaller amounts of drugs in the area.

Police also found a black plastic bag containing cocaine under the car passenger seat of a man who was wanted on a meth sale charge.

Stanish Tarsha Boykin, 44, was arrested Tuesday evening on a felony possession of cocaine charge and on warrants that he’d sold meth to an informant on Feb. 25 on Lakeridge Circle in Garden Lakes.

Boykin was being held without bond at the Floyd County Jail.

A woman who was reportedly found with a needle and suspected methamphetamine was arrested on a meth possession charge.