Nursing homes in Georgia began receiving the first wave of COVID-19 vaccines on Monday, bringing relief to the state’s most vulnerable group of people who have been hit hard by the virus for more than nine months.

About 39,000 doses of the vaccine made by pharmaceutical company Pfizer have shipped to elderly-care facilities as well as CVS and Walgreens pharmacies, which are partnering with the federal government to send doses directly to nursing homes, said state Public Health Commissioner Dr. Kathleen Toomey.

Staff at nursing homes who serve as “the firewall” protecting elderly residents will likely be vaccinated first, Toomey said during a news conference at Pruitt Health’s elderly-term care facility in Gainesville.

She noted nursing-home residents account for 37% of Georgia’s deaths stemming from COVID-19, despite making up just 5% of the state’s overall positive cases.

“We hope with these vaccines we will begin to change those statistics and save lives,” Toomey said.”

Residents at Rome Heath and Rehabilitation Center on Redmond Road will start getting vaccinations on Wednesday. The skilled care nursing home in West Rome has contracted with CVS Pharmacy to provide the vaccinations.

Rome Health and Rehab was one of the first long-term care facilities in Floyd County to experience an outbreak, at the outset of the pandemic, with several deaths reported. Impink said the facility has not reported any fatalities during the current spike.

Toomey also announced the state has set up a new vaccine-focused hotline for Georgians to ask questions about when they will get the vaccine, what the difference is between the two brands and how the vaccines are safe. The hotline number is 1-888-357-0169.

So far, Georgia has been allocated 268,000 doses of the Pfizer vaccine and 234,000 doses of a vaccine produced by pharmaceutical company Moderna. Health-care workers have been first in line to receive the vaccines starting earlier this month. More than 26,000 vaccines have been given as of Sunday.

Gov. Brian Kemp noted more than 95% of all elderly-care facilities in Georgia have signed up with CVS and Walgreens for the direct-distribution program, which will cut out an extra step of routing vaccines through state officials.

“We are eager to see the vaccine make its way quickly and safely to our most vulnerable and to those brave Georgians who are giving them world-class care,” Kemp said Monday in Gainesville.

The first vaccine shipments come as Georgia continues seeing COVID-19 positive cases and hospitalizations spike amid the winter holiday season. Case rates have now shot far above the prior transmission peak seen in July with around 5,000 new positive cases daily in recent days.

Kemp said 60 emergency hospital beds at the Georgia World Congress Center in Atlanta should be ready for use by the end of this week. The state should have an 80-day stockpile of protective gear on hand by the end of this month, he added.

The governor urged Georgians to keep distancing, wash hands and limit gatherings ahead of upcoming New Year’s celebrations, especially people ages 18 to 29, who have seen the highest transmission rates in recent weeks and risk spreading the virus to more vulnerable family members.

“I’m encouraging everyone to be part of the solution, not the problem,” Kemp said. 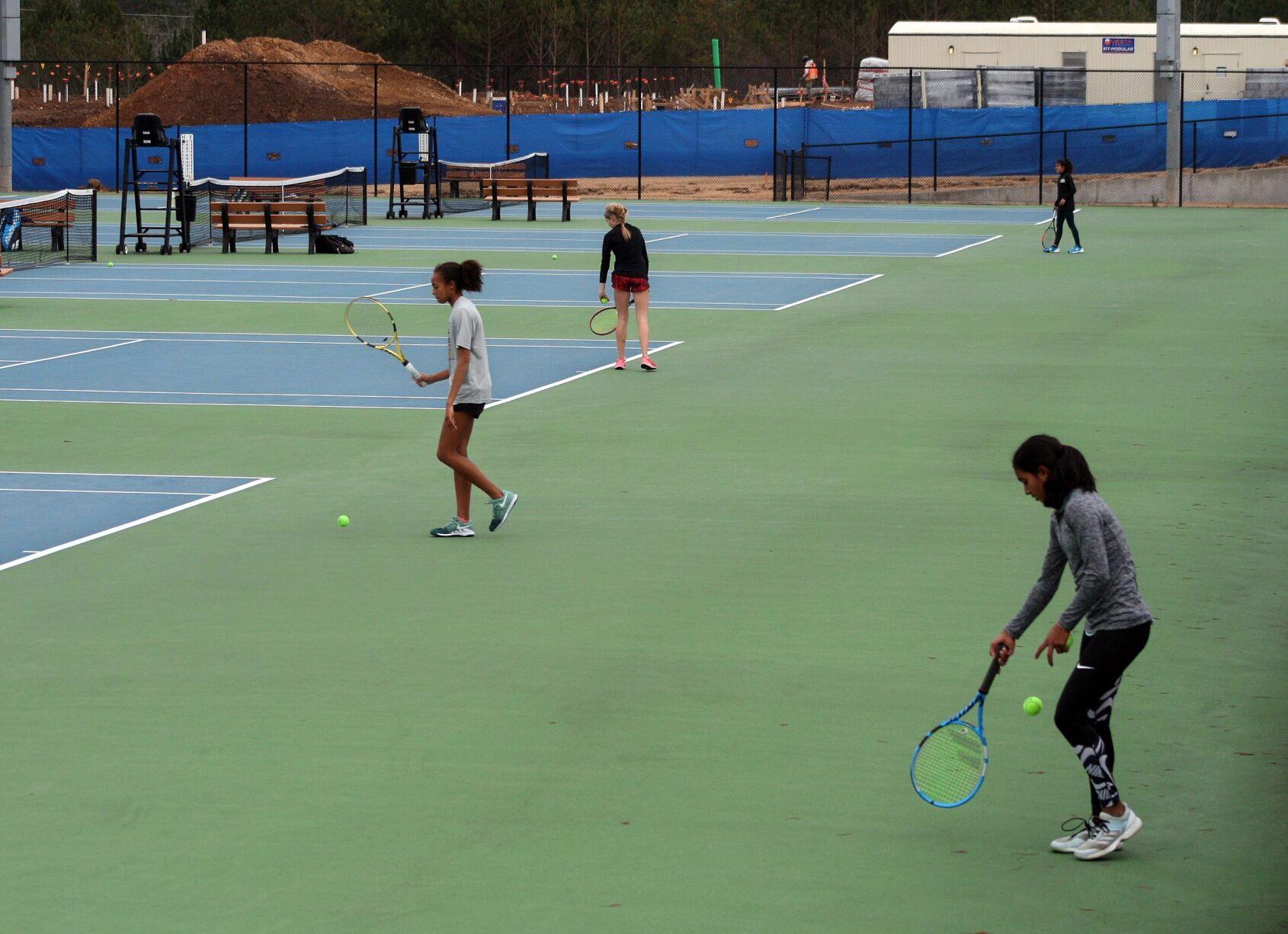 Courts at the Rome Tennis Center at Berry College are full this week for the USTA Southern Junior Winter Championships. In the background, construction of the new Fairfield Inn & Suites is moving along briskly in anticipation of a fall 2021 opening. 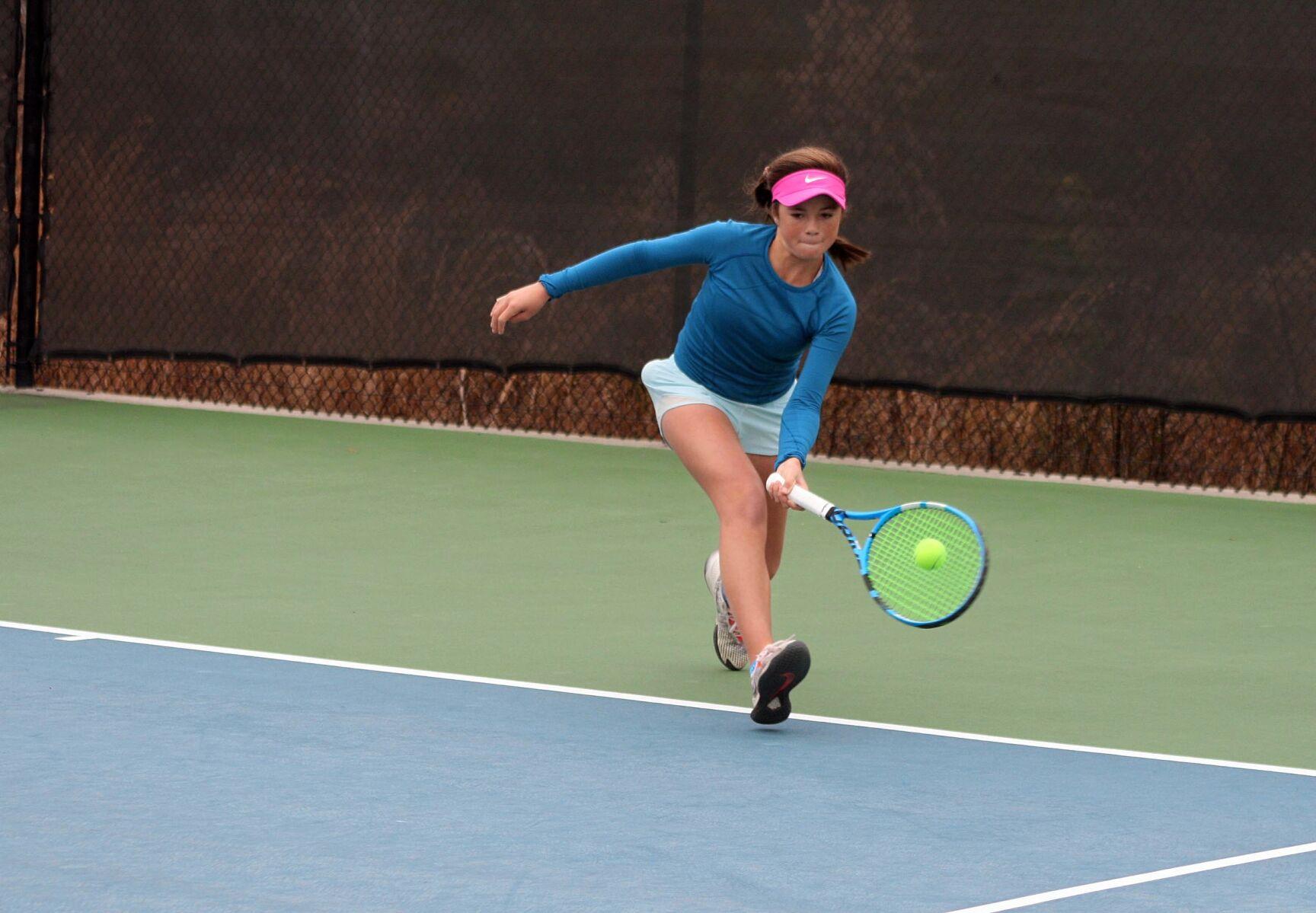 Kate Bumgardner of Charlotte, N.C., dips for a return in her first round match Monday at the USTA Southern Junior Winter Championships in Rome.

The Rome City Commission issued a proclamation Monday recognizing the efforts of the Rome-Floyd League of Women Voters and other nonpartisan women’s organizations involved in voter education.

It marked the 100th anniversary of both the 19th amendment, which gave women the right to vote, and the first presidential election in which women voted.

The proclamation, read by Commissioner Sundai Stevenson, recognized the Rome chapter of the LWV, which was originally established in 1919, for their work in voter registration and encouraging women to vote.

It went on to say that the 19th amendment itself “was instrumental in the eventual passage of the Voting Rights Act of 1965 (amended in 1975) which largely eradicated citizen disenfranchisement by racial discrimination.”

Commissioners also issued a proclamation recognizing Bryan Johnson, the city’s former Municipal Court judge, for his work in the legal profession and congratulating him on becoming a judge in Floyd County Superior Court.

Commissioners also passed the 2021 budget, with no comments from the public. The document can be found on the city’s finance department page of the website RomeFloyd.com.

The board also approved applications for duplex residential zoning at 41, 42, 43 and 44 E. 16th St. and for light industrial zoning at 200 Old Lindale Road.

Thomas Lambert plans to subdivide the 16th Street lot and sell one of the duplexes.

Jonathan Kilgo spoke in favor of the Old Lindale Road rezoning, which would allow Rome L/P Gas to use the lot for truck maintenance and equipment storage.

City of Rome offices and departments will be closed New Year’s Day. Friday’s trash collection will be done on Thursday, along with the regular Thursday service.

During caucus, the commissioners, City Manager Sammy Rich and other staff said goodbye to Assistant City Manager Patrick Eidson, who is taking a new job with the city of Carrollton.

Mayor Bill Collins said it was a pleasure to work with Eidson and that he has served Rome well. Commissioner Craig McDaniel concurred with Collins, saying Carrollton is lucky to have Eidson.

Rich said Eidson has been “a great addition to the team” and he wishes him the best in Carrollton.

After the meeting, commissioners went into a closed session to conduct their annual evaluation of the city manager. 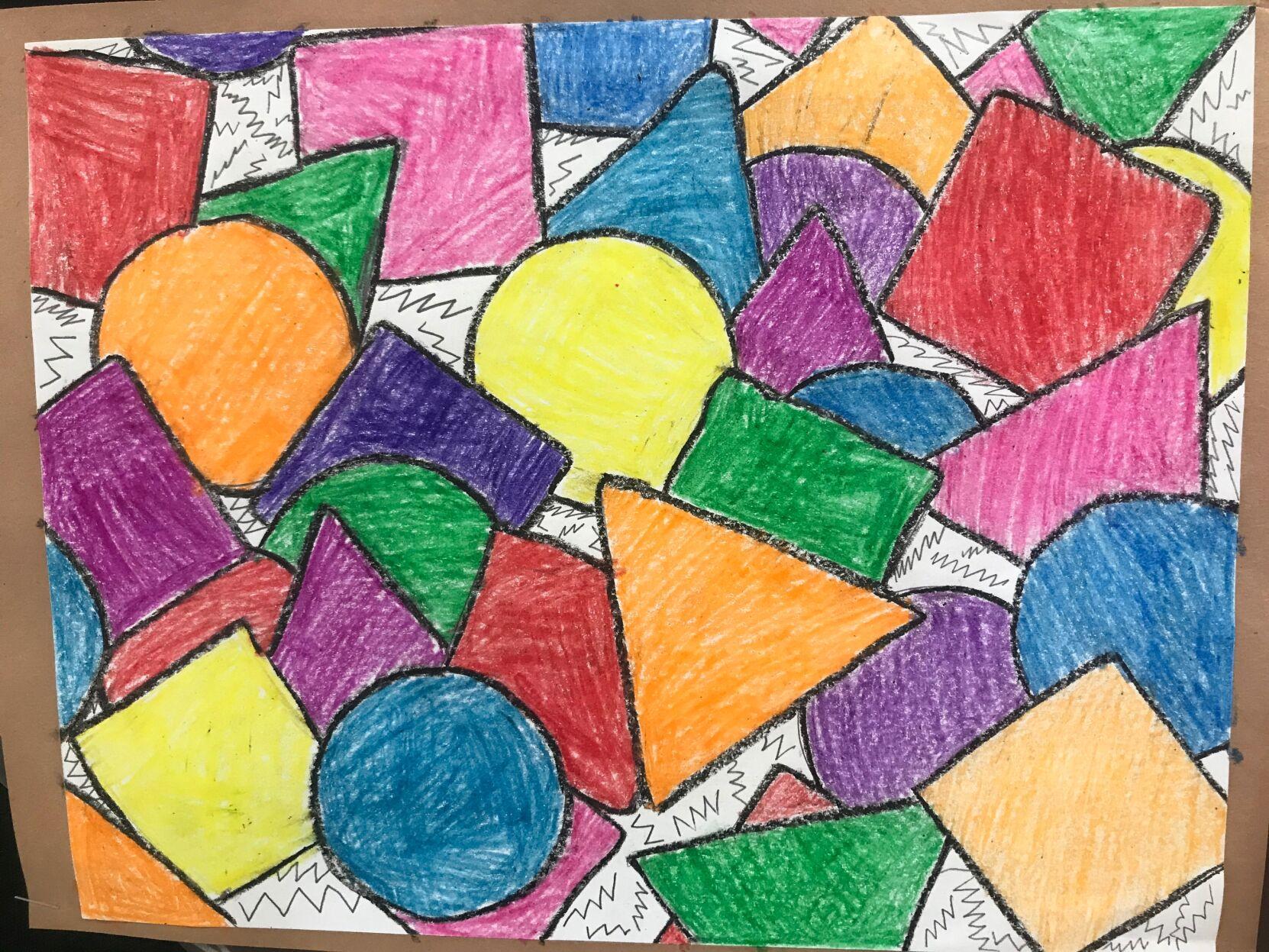 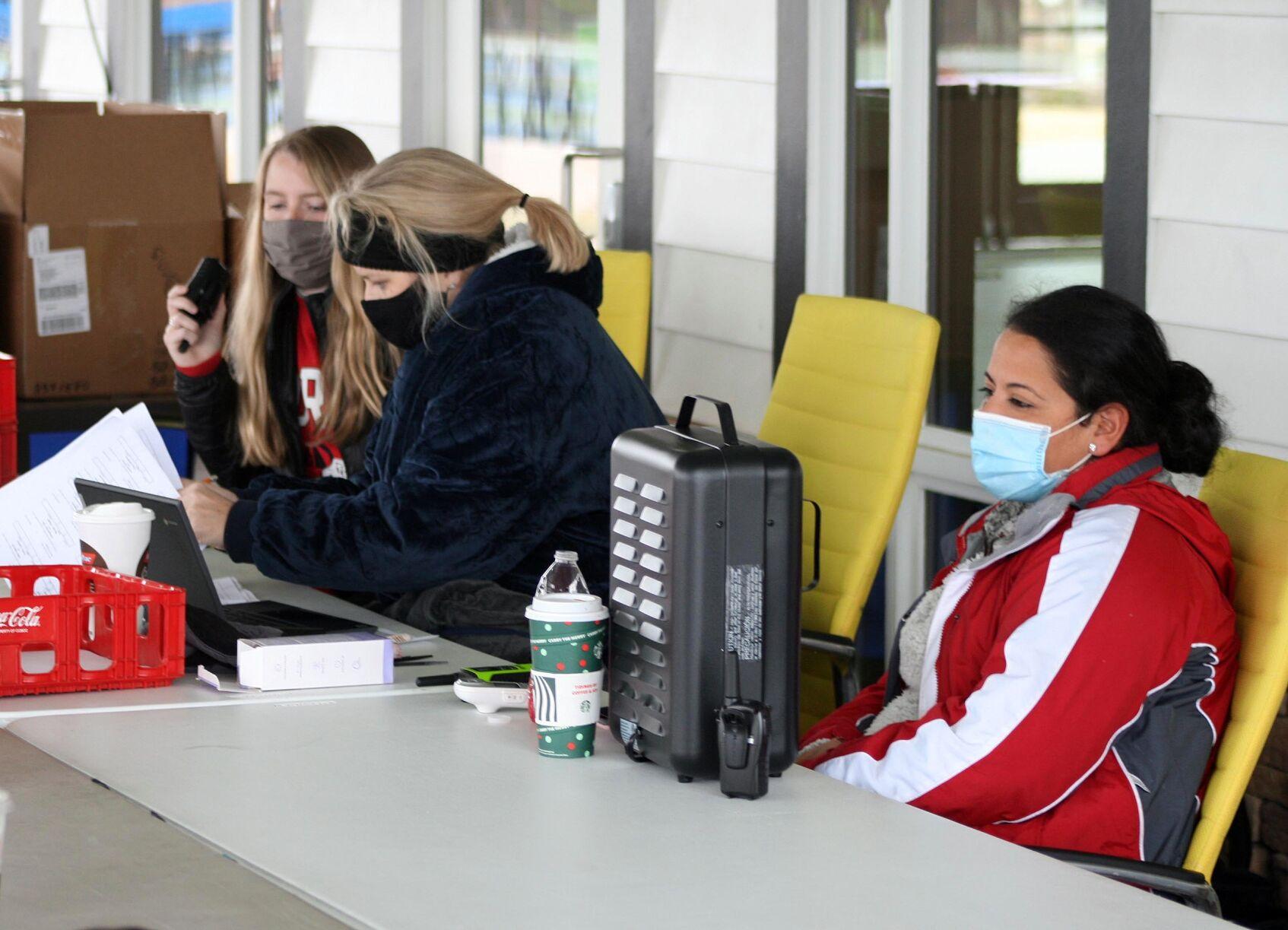 Tournament desk scorekeepers bundle up Monday while waiting on reports from the courts at the USTA Southern Junior Winter Junior Championships, which run through Wednesday in Rome.

A $938,397 grant for a new group home in East Rome has been awarded to the Appalachian Housing and Redevelopment Corp., an affiliate of the Northwest Georgia Housing Authority.

The funds from the U.S. Department of Housing and Urban Development are earmarked for affordable residences in conjunction with HUD’s Section 811 Supportive Housing for Persons with Disabilities program.

All six efficiency units will be made available to adults with disabilities and mental health issues.

The residence will feature a large front porch with a wheelchair accessible front door. The living room will have three distinct seating areas.

Each of the units will have a window and and energy efficient bathroom with a sink that is wheelchair accessible. There will be no steps inside the home.

The grants were made to housing agencies that will create permanent supportive housing models and promote the integration of persons with a variety of disabilities into the community.

“The development of new rental housing, and subsidies for residents, will expand their options to live with independence within the community in a more integrated environment,” said Assistant Secretary for Housing and Federal Housing Commissioner Dana Wade.

Hudson said the new residence in Rome will include a large kitchen and family room.

“NWGHA plans to reach out to Highland Rivers and the local hospitals for referrals,” Hudson said.

This Nov. 12 file photo shows preparations for grand jury proceedings at the Forum. After being screened for COVID-19, prospective grand jurors will be taken to the arena area. Sanitizing stations are placed throughout the venue and areas where people congregate will be regularly fogged.

A new order from Georgia Chief Justice Harold Melton has further put off jury trials, which had been scheduled to resume in the beginning of January in the Rome Circuit.

Citing the “recent rapid escalation of COVID-19 cases,” Melton suspended until February all jury trials that weren’t already in progress. This continues, at least for Floyd County, a hiatus on trials since March when the pandemic first hit.

Preparations had begun in October to resume jury trials and grand jury proceedings restarted their biweekly meetings at the Forum River Center.

At that time a committee comprised of local judges, attorneys and law enforcement put together a tentative plan to fully reopen. That plan covers, among other things, how to comply with social distancing recommendations prior to and during a trial as well as where jurors will deliberate after a trial.

That same committee also has been working on ways to allow public access to court proceedings, which could include remote access.

“All courts are again urged to use technology when practicable and lawful to conduct remote judicial proceedings as a safer alternative to in-person proceedings,” Melton wrote in the order.

The court has continued to function throughout the jury trial suspension locally and judges have been holding hearings deemed essential — bond hearings and certain pretrial hearings to name a few.

As part of planning toward resuming in-person jury trials the county annexed the Forum River Center to be used as part of the courthouse. Grand jury proceeding have been held at the spacious event venue since mid-November.

Related
Order: Suspension of jury trials to continue "until at least February"
Dec 28, 2020
Back