The merger of Floyd Medical Center with Atrium Health out of North Carolina is one of the biggest financial deals in Floyd County business history. Atrium has pledged to pump $650 million into the Floyd system over 11 years.

Atrium Health and Floyd Health System finalized a merger Wednesday that will bring all of the Floyd properties in Floyd County, Polk County and Cherokee County, Alabama, into the North Carolina-based health system’s enterprise. 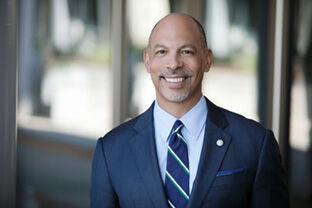 “This is a historical milestone in the history of both of our organizations,” said Eugene A. Woods, president and CEO of Atrium Health. “We look forward to making significant investments in the health of the communities served by Floyd through working with the dedicated leadership team and talented medical community to implement the latest technological advancements, achieve the best clinical outcomes possible and expand the breadth and depth of services we provide.”

Atrium, which is the working entity of the Charlotte-Mecklenburg Hospital Authority, and Floyd announced their intent to combine in November 2019. 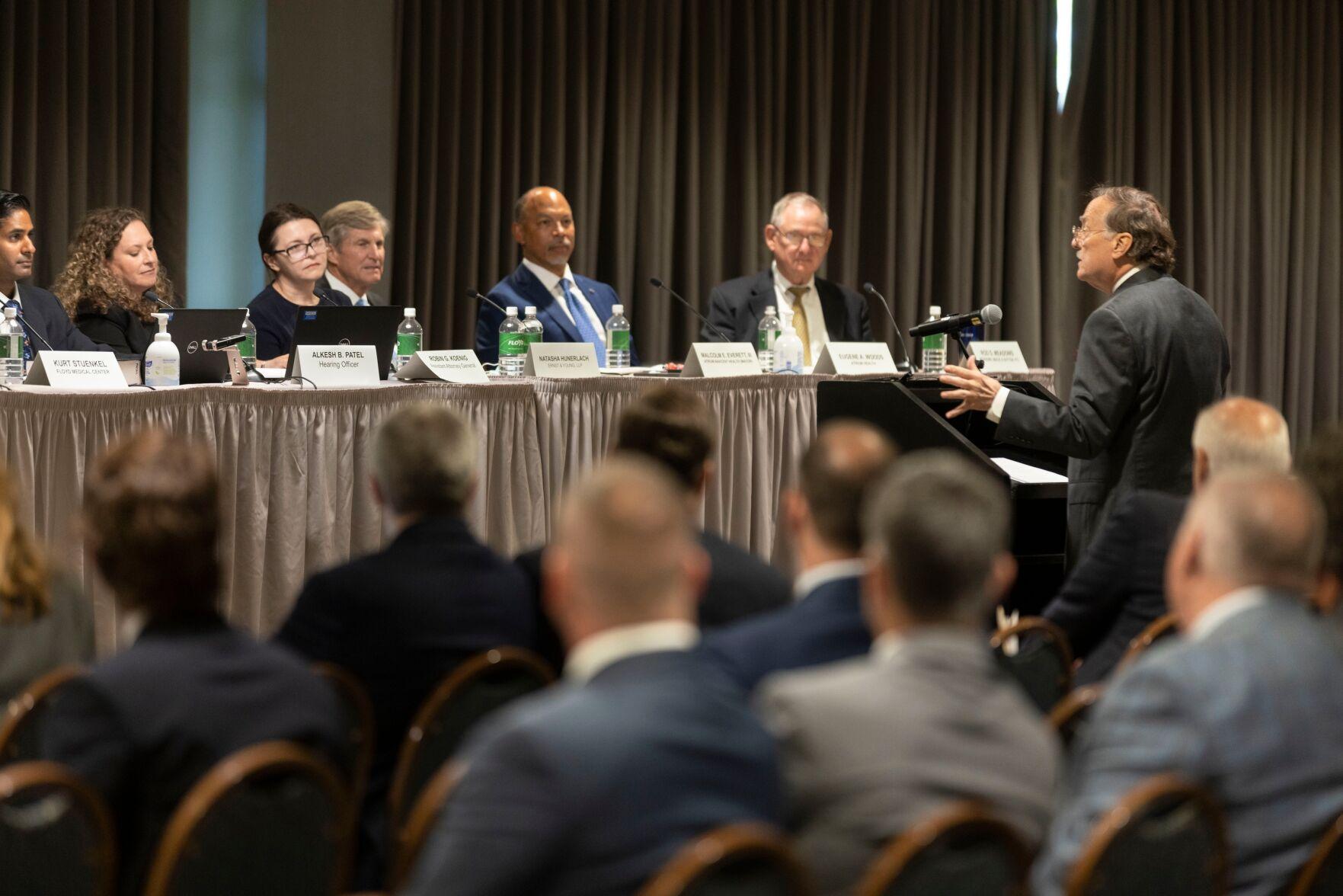 While the COVID-19 pandemic slowed the process, final approval for the merger to proceed was received Tuesday from the Georgia attorney general’s office.

The AG’s office signed off Monday, executives at both systems signed off Tuesday and the deal became effective at 12:01 a.m. Wednesday. 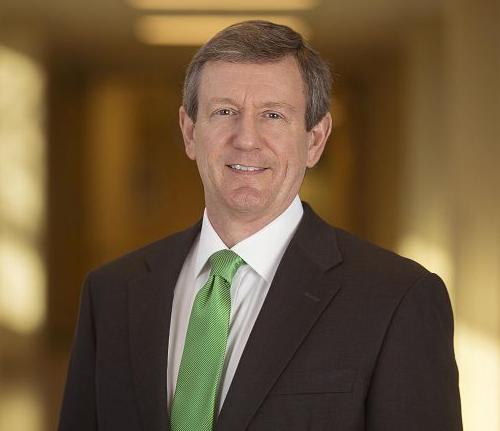 “Now we’re off to the races,” said Kurt Stuenkel, Floyd CEO. “We’ve already begun some of the things that we planned to utilize in this stream of capital commitment. Our helicopter landing pad, continued renovation of the Family Birth Center — all of those things we’re able to bring more quickly to fruition now.”

It won’t be until later in the year when signage around the three hospitals reflects the change.

“We didn’t order any signage until it was official,” Stuenkel said. “Visible changes like signage will occur as soon as we can get that completed and it’s likely to be in phases, so I think we can look for that sometime later this fall.”

As part of the deal, Atrium has pledged to invest $650 million in capital for the Floyd properties over the next decade.

Among other items, the new ownership of Floyd Medical Center is planning an informational technology conversion.

“Within the next 12 to 24 months we’re going to be in the process of spending up to $60 million on totally changing out all of our IT systems,” Stuenkel said.

That body will govern the use of approximately $150 million in investment from the merger. 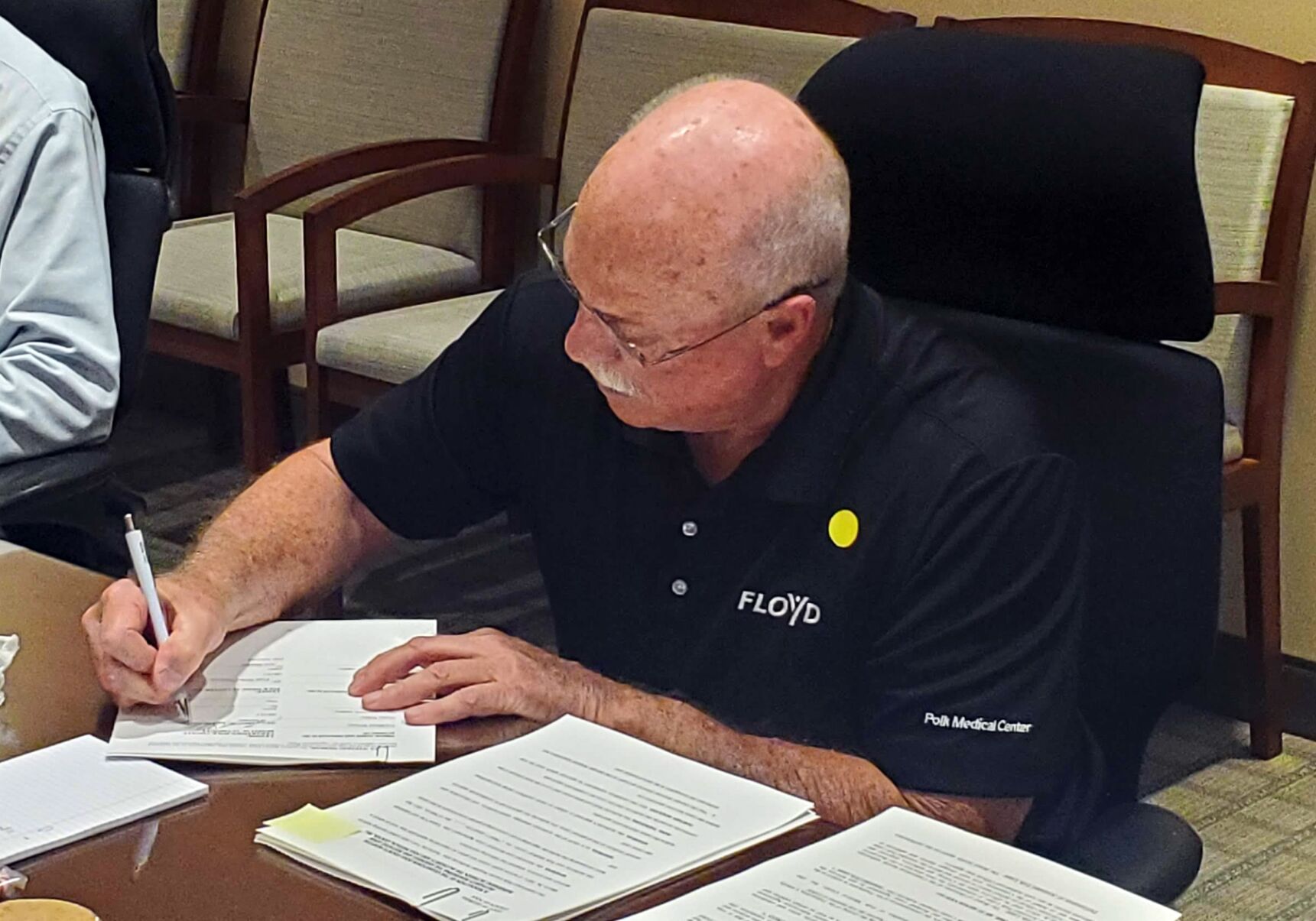 The purpose, according to Stuenkel, is to address disparities in healthcare in the FMC service area.

The $150 million will not be tapped into directly. Instead, the foundation will invest that money and use the interest income.

“If we earn 5% in a real return on $150 million, that would be $7.5 million. We might hold on some of that (to grow the capital amount) but let’s say we’d have $5 million to spend on worthy projects every year,” Stuenkel said. “We may create new programs; we may partner with programs that are out there.”

With the addition of the Floyd health system, Atrium Health now has 40 hospitals and more than 1,400 care locations across the Carolinas, Georgia and Alabama.

Stuenkel will remain the CEO of Floyd, and serve on the executive team of Atrium Health, reporting to Woods.

Floyd’s facilities also will maintain their respective local governing boards, although Atrium Health will be allotted two seats on the Floyd Healthcare Management Inc. board of directors. 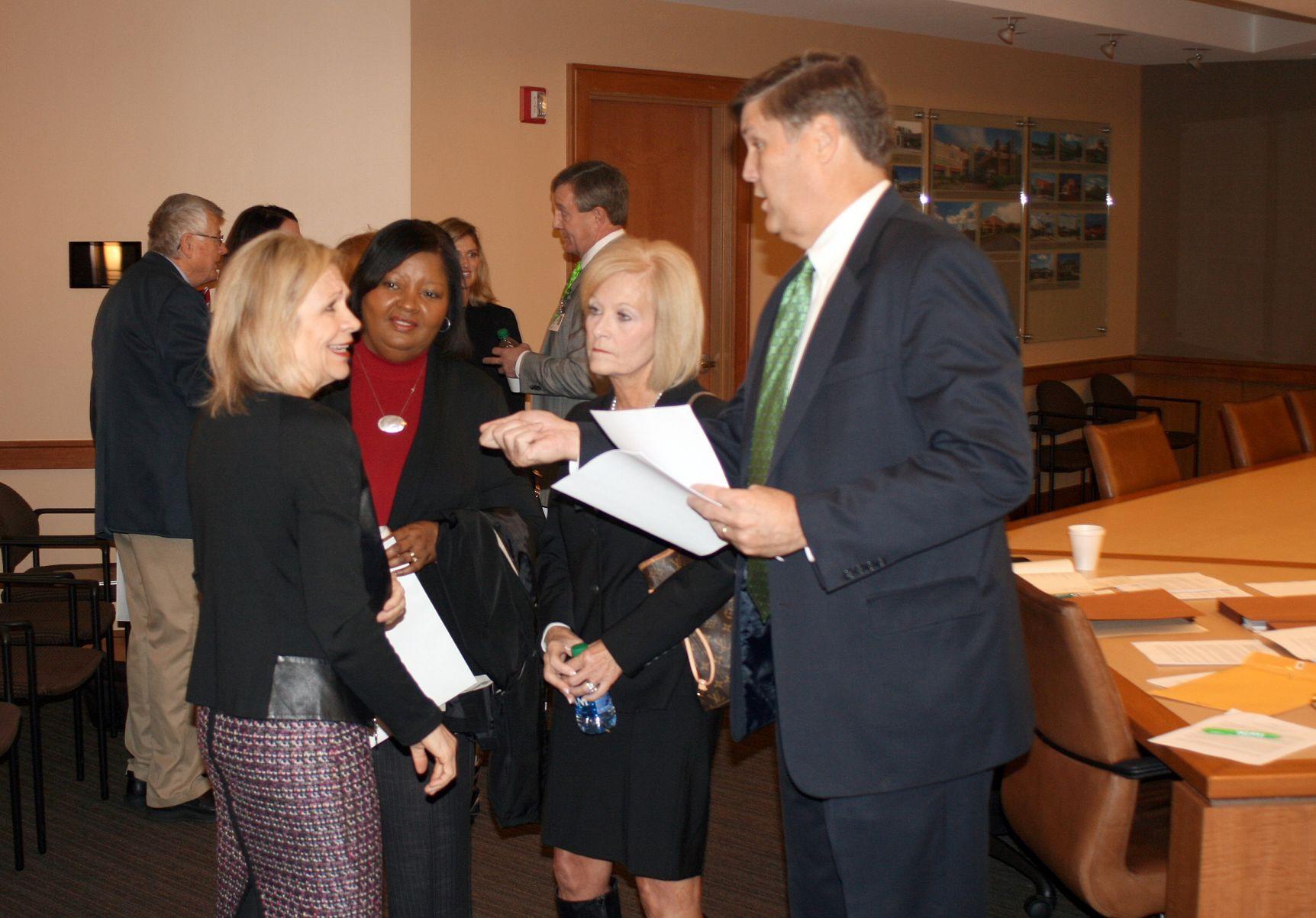 Floyd will also nominate a member to the Charlotte-Mecklenburg Hospital Authority board as well as two members on governance committees for Atrium Health.

Local
'You don't have to be an adult to make a difference': First Baptist VBS raises over $1,300 for Restoration Rome
Olivia Morley

Georgia Dunagan delivers the 11th pie and rubs it into Kristen Pope’s face.

Kristen Pope gives a big smile after getting hit in the face with 11 pies at First Baptist Church’s Vacation Bible School on Wednesday.

First Baptist Church of Rome finishes up their Vacation Bible School on Wednesday with a final dance and pie throwing.

This year’s VBS theme was Rocky Railway and featured train-based activities and songs. Church member Bob Harris built a train out of cardboard to use as a set piece. Now that VBS is wrapped up, the train will go to the DeSoto Theatre to be used for their Polar Express party in December.

Morgan Smith laughs after hitting Kristen Pope in the face with a whipped cream pie. The kids were chosen at random for the pie throwing event.

All together, the kids at First Baptist Church of Rome’s VBS raised over $800 for Restoration Rome. Minister of Faith Development Kristen Pope told them that a church member matched their original goal, totaling over $1,300 for the nonprofit.

What started out as one pie in the face for Kristen Pope turned into 11 after First Baptist Church of Rome wrapped up their Vacation Bible School week’s mission offering.

Originally, Pope, who serves as the church’s Minister of Faith Development, had agreed to one pie in the face to encourage her elementary-age campers to wear their face masks.

However, after one of the kids asked her what would happen if they doubled their goal of raising $500 for their mission offering, Pope said she’d take 10 more pies to the face.

“That was poor decision making on my part,” she said while laughing.

At each VBS, Pope asks the kids to help raise money for a local nonprofit to show them how they can help make a difference, even as kids.

“I feel like, by doing this, we help them realize they are important now,” Pope said. “You don’t have to be an adult to make a difference.”

This year, they chose Restoration Rome for their mission after one of the church’s families, the Hancocks, adopted a little girl.

So, the kids brought in money from their parents, grandparents and piggy banks, and even earned some by helping out their neighbors. One of the kids watered his neighbor’s plants, while another raised around $100 from a lemonade stand.

All together, the kids raised more than $800 for Restoration Rome, well over their $500 goal.

However, Pope got a call from one of the church members saying if the kids met their goal, they would match the $500.

After that, the minister suited up in a plastic poncho, shower cap and goggles and proceeded to get hit in the face with 11 pies.

“Honestly, by the fourth or fifth, it didn’t matter that I had seven pies left to go,” she said. “But I think for the future, I’ll just do one pie.”

Pope said she thinks the pie throwing will become a new tradition for the church’s annual VBS week. 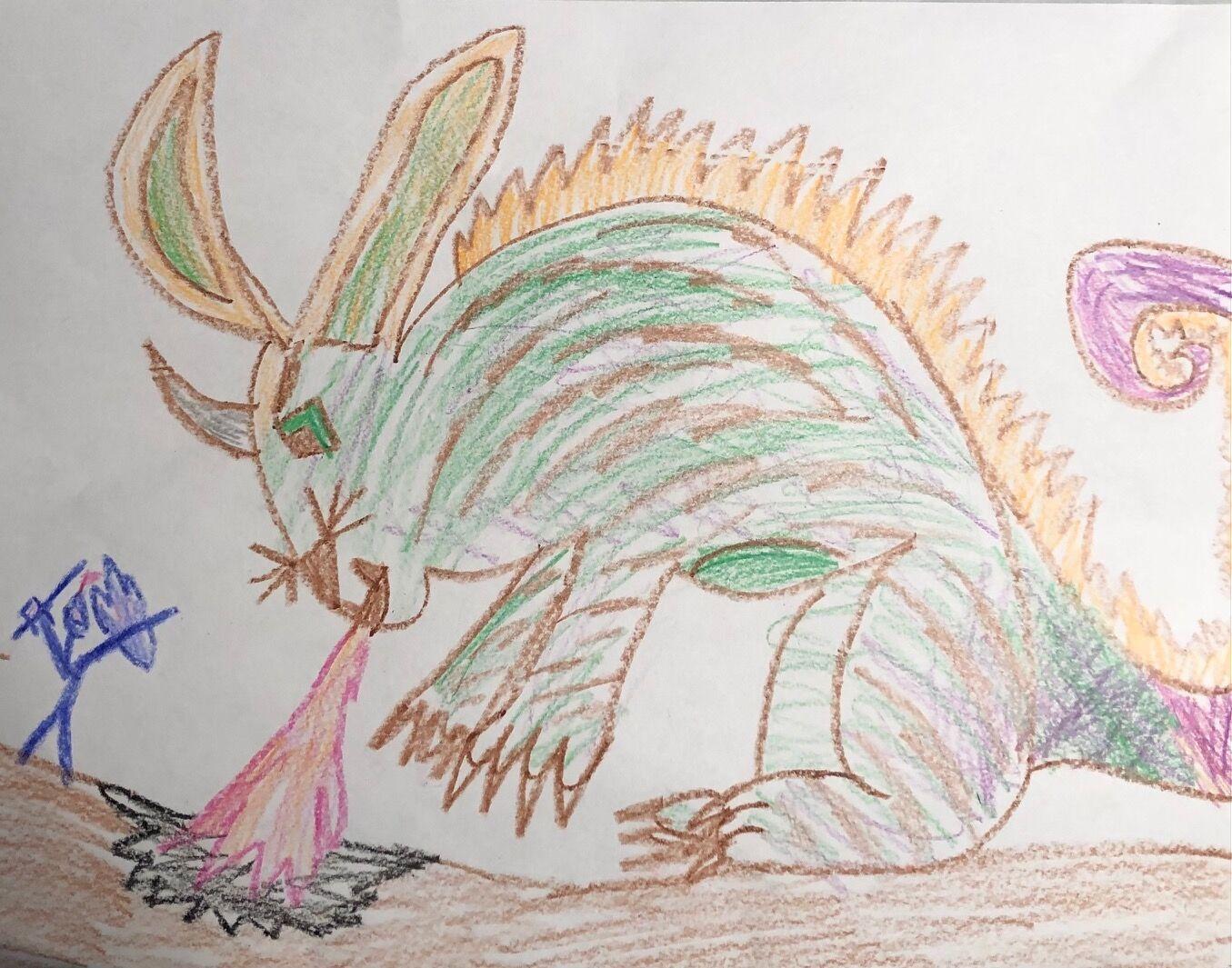 The Floyd County Commission will vote on whether to roll back the 2021 property tax rate or keep it as is toward the end of the month.

The board has advertised that it will keep the 2020 rate, but at its Tuesday caucus members discussed the possibility of lowering it. State law allows a decrease from the advertised rate.

Currently, the millage rate stands at 9.880 mills for maintenance and operations. However, property values have risen and it’s expected to bring in just over $2 million more this year.

If the board chooses to keep the millage rate as is, it’s considered a tax increase of .405 mills. Under state law, three public hearings must be held before the rate can be set.

Last year, commissioners raised the millage rate by 0.4 mills to help offset the cost of raises in the payment plan for law enforcement.

County Manager Jamie McCord has offered two scenarios for the board to consider if they plan to lower the 2021 millage rate.

The decision is up to the county commissioners, who may choose to do something in between or not change it all.

Chair Wright Bagby said that it’s a good position to be in, but they can’t know if they’ll collect around 98% of the property taxes owed in the coming year.

“That hasn’t always been the case. It wasn’t that long ago we collected 93%,” McCord said. “I would like to see around 75% of rollback because we have several payment plans being discussed as well as health insurance claims.”

The County Commission will hold their final public hearings on July 27 at 8 a.m. and before the 6 p.m. meeting in the Floyd County Administration Building at 12 E. Fourth Ave.

The designation, which dictates the allocation of over a half a million dollars in federal funding, had appeared to be in jeopardy because Rome and Floyd County’s population fell just under a proposed 100,000 threshold unveiled earlier this year.

However, a release issued Tuesday said that, for now, the Biden administration will keep the previous 50,000 population threshold used to determine an MSA.

“Consistent with the Standards Review Committee’s revised recommendation, OMB’s 2020 Standards will maintain the MSA threshold of 50,000,” a release from the Office of Management and Budget stated.

“Recognizing the committee’s concern that MSA thresholds have not kept pace with population growth, OMB will work with the Standards Review Committee to conduct research and stakeholder outreach to inform the 2030 standards update,” it noted.

It may not be an issue if Floyd County’s total population grows by just under 2,000 people in the upcoming census.

The purpose of the statistical area designation has not changed since the standards were first established 70 years ago: to provide a nationally consistent set of delineations for collecting, tabulating, and publishing federal statistics for geographic areas.

“This is tremendous for Rome and Floyd County and the 143 other metropolitan areas at risk of losing their MSA designation,” said Jeanne Krueger, president of the Rome Floyd Chamber. “The MSA designation allows for us to attract development and to receive funding for projects from housing to transportation to community development. We want to thank our community leaders for sending letters and making calls on our behalf.”

For local business representatives, Krueger said earlier there’s no question that Rome and Floyd County is a regional hub.

“Look at our medical community, our four colleges, our strong and diversified manufacturing base,” she said. “Absolutely we are a metropolitan area for all of the northwest Georgia. We are a hub.”

The loss of the status would have meant Rome could lose its annual Community Development Block Grant entitlement funding from the Department of Housing and Urban Development.

Among the other consequences of the loss of MSA status would likely have been the loss of some business opportunities. Many retailers won’t even consider putting a store into a community that is not considered to be metropolitan in nature.

Large industrial firms also use MSA status to include — or even more importantly, exclude — communities from a new location search.

Industries use data sets published by the Bureau of Labor Statistics and Bureau of Economic Analysis to compare metropolitan areas when they are looking to locate a new facility. Not having those detailed statistics at the click of a mouse will make it much more difficult to get data.