Local
Fund dedications for tire clean up, other uses up for vote in Georgia
From staff, Capitol Beat News Service reports
09.09.20
Contributed by Joe Cook, File

Activists with the Georgia Water Coalition top off the “Scrapitol,” a replica of the state capitol constructed from scrap tires, during a rally in March 2017 at the Capitol. The rally brought attention to the Hazardous Waste and Solid Waste Trust Funds diverted by state budget writers.

Floyd County once had an environmental compliance office that hunted out scrap tire dumps, removing more than 100 tons each year and often finding — and fining — the culprits.

Complaints about junk cars, abandoned swimming pools, open cisterns and other hazards of rural life also were handled through the program. But that ended in 2005, after the state eliminated an annual $50,000 grant funded through the Solid Waste Trust Fund.

Fifteen years later, the $1 scrap tire management fee that fed the fund is still being charged on the sale of every new tire. However, the money goes into the state treasury and it is up to lawmakers to decide how it will be used.

Georgia voters will have a chance to change that in November, through a ballot measure that would set in stone how certain taxpayer dollars can be used.

“It took several years to get it on the ballot, but I think it’s going to pass overwhelmingly,” said Sen. Chuck Hufstetler, R-Rome. “If people vote for a fee to be used for a certain purpose, then that’s what we need to do.”

The amendment proposal, sponsored by the late Rep. Jay Powell, R-Camilla, would automatically require dedicated funds to be used for specific purposes without need for the General Assembly to pass additional legislation defining that purpose, as has been the practice in recent years.

State lawmakers aired their thoughts on the proposal in a meeting Wednesday of the Georgia Senate Interstate Cooperation Committee.

Hufstetler, who sponsored the legislation in the Senate, made a brief presentation and answered some questions.

Several local government leaders and environment advocates — including Jesse Demonbreun-Chapman of the Coosa River Basin Initiative — also spoke. They took turns highlighting how dollars have been pulled from efforts to clean up blight and instead put toward broader uses as Georgia struggled to rebound from the economic recession more than a decade ago.

CRBI has been in the forefront of the fight for several years. Members joined the Georgia Water Coalition in 2017 to build “Scrapitol,” a scrap tire replica of the state capitol, during a rally to bring attention to the issue. In 2018 they sponsored a tire-roll marathon around the capitol and collected resolutions from the Rome City Commission and other local governments in support of the measure.

Roughly 40% of the $366 million raised for the dedicated fund since its creation in 1990 has not actually gone into the fund, said Fairburn City Councilwoman Hattie Portis-Jones.

“What we’d like to see is every dollar collected be used for its intended purpose,” Portis-Jones said at Wednesday’s meeting.

There would still be some caveats for spending funds if the amendment passes. Dedicated funds could not exceed 1% of total state revenues from the previous year. And in a financial emergency, the governor and legislature would have the authority to temporarily suspend the dedication of funds.

Gov. Brian Kemp signed the trust-fund ballot measure after the lawmakers passed it in March. It requires final voter approval in the Nov. 3 general election before taking effect.

Local
Floyd County Schools moves over 30 tons of food through meal programs and pop up markets
By Olivia Morley OMorley@RN-T.com

Stephanie McElhone (from left), Jennifer Jolly and Scott McCreelis from Rome-Floyd YMCA open boxes of canned carrots to add to the 50-pound food boxes for the September pop-up food market at the Coosa Valley Fairgrounds on Wednesday.

Volunteer Greg Helms pulls a pallet of Farmers to Families food over to volunteers assembling boxes for the pop-up food market at the Coosa Valley Fairgrounds on Wednesday.

Lacking a forklift, volunteers had to use a truck and very carefully pull the pallets of food boxes off the ramp.

Pop-up market volunteers Greg Helms and Jennifer Jolly unload the first set of boxes before tackling the pallets of Farmers to Family boxes at the Coosa Valley Fairgrounds.

Cars had already started to line up by 4 p.m. Wednesday for the 50-pound food boxes distributed at the Floyd County Child Nutrition Department’s pop-up market at the Coosa Valley Fairgrounds.

Floyd County Schools Child Nutrition Department has now helped move over 30 tons of food through their meal programs and their monthly pop-up food markets since the pandemic started back in March.

According to Stephanie McElhone, who works with FCS as one of the directors of the Rome-Floyd YMCA’s meal program, that’s a little over the weight of the Statue of Liberty.

Late Wednesday afternoon, McElhone and volunteers from FCS, YMCA, Rome Action Ministries and a couple of Berry College Bonner Scholarship students prepared boxes of meals as part of the September pop-up food market. Around 400 boxes of food were given to families lining up to pick up a box at the Coosa Valley Fairgrounds.

They had a little more trouble than usual this month, since they weren’t provided a forklift to lift the pallets with heavy Farmers to Families food boxes sitting on the back of the truck.

The volunteers had to improvise and, instead, used a pickup truck and a chain to slowly move the pallets down the ramp. A volunteer would then get a dolly and wheel it back over to the other groups of volunteers preparing the rest of the food.

Each box had around 50 pounds of food, including fresh produce, a gallon of milk, six bags of rice, chicken and bread.

During the early part of the pandemic, FCS gave out around 800 boxes of food a month, but that has now gone down to about 400 boxes a month.

While the groups have been working to help food insecure kids around the area for the last eight years, McElhone said, they’ve really come together to help people during the pandemic.

“When the pandemic hit, we went from providing 2,000 meals a month to kids and families to 20,000 meals,” McElhone said.

One of the more recent challenges they’ve had to work with is setting up grab and go meals for kids who are quarantining or doing virtual learning from their homes. The families have the option to pick up the meals at the YMCA or at the school itself.

The pop-up market is for anyone that might be food insecure, not just FCS students and families. They plan to continue the monthly pop-ups for the foreseeable future. 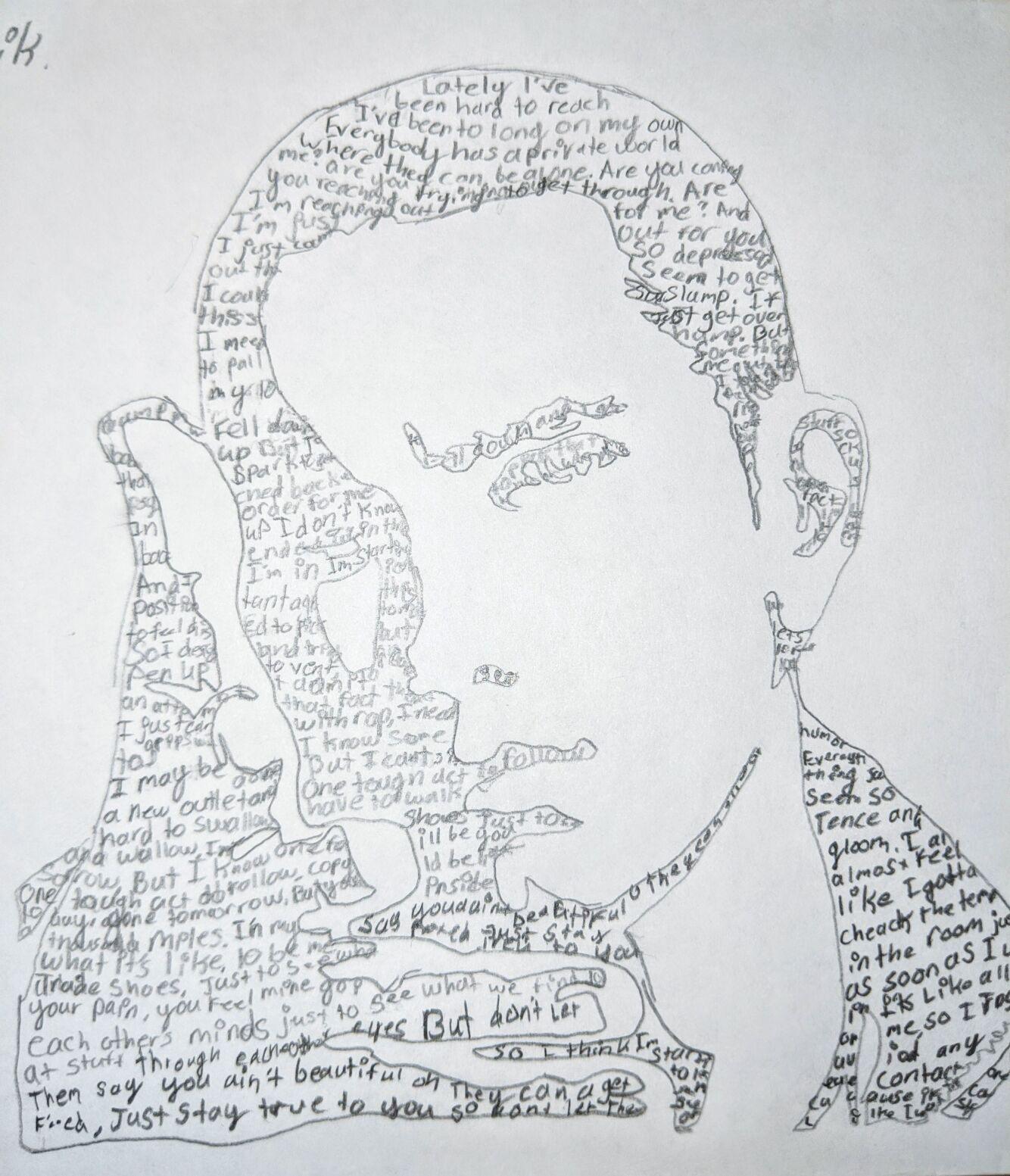 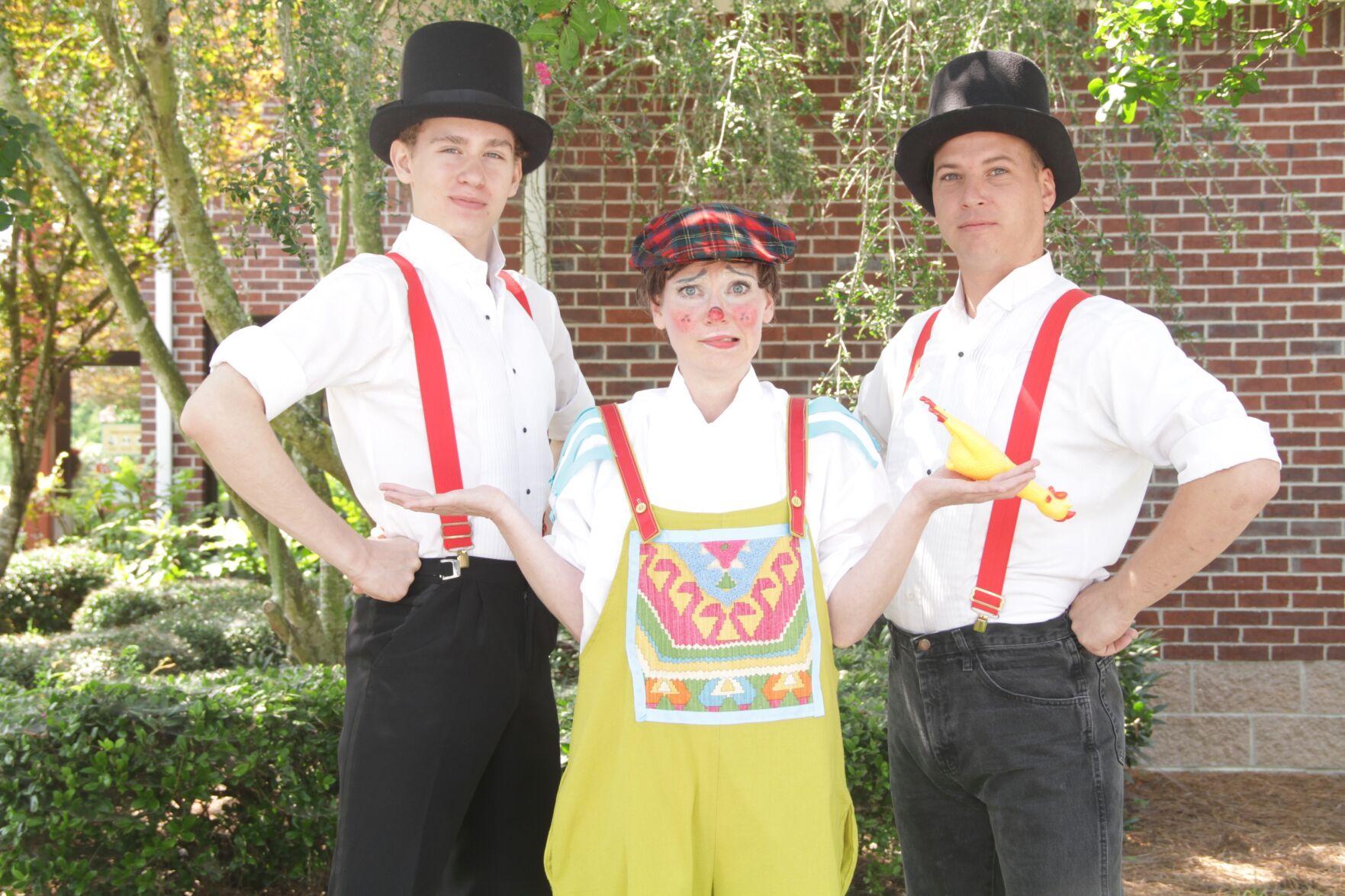 This year’s Town Green performances of the Rome Shakesapere Festival will feature Isaac Brackett as Antipholus of Ephesus, Allison Clark as Dromio and Russell Evans as Antipholus of Syracuse in “The Comedy of Errors.” Performances begin at 6 p.m. each day. Blanket seating is free. Picnic tables can be reserved.

Students in the Rome City Schools are getting three new career pathways as part of their Career, Technical, Agricultural Education program as the system prepares to open its new College and Career Academy.

Misty Tucker, associate principal at Rome High and director of the CTAE program, reported that advanced manufacturing, automotive and culinary arts curriculum will be added to the existing list for the 2021-22 school year — bringing the number of pathways to 25.

She also told the school board that the system will be the beneficiary of a $756,000 grant. It will be used to purchase equipment for labs in the freestanding building on the Rome High School campus, to help meet industry certifications across the curriculum.

Tucker also said she’s anxious to give board members a tour of the new facility.

“I think you will be overwhelmed by the building,” Tucker said.

Superintendent Lou Byars said the new building is scheduled for occupancy in January, at the start of the second semester.

Board of Education members also learned that ELOST collections — which are financing the construction of the mammoth College and Career Academy — are still running ahead of projections. July collections remitted to the system in August totaled $554,889, which was $49,589 ahead of budget

Byars said he’s optimistic that collections will remain strong and stay above $500,000 per month. He’s hopeful the addition of the shops at the East Bend shopping center, which will be opening over the course of the late fall and winter, will also kick up collections.

The first enrollment report for the 2020-21 school year, as of the seventh day of classes on Aug. 21, was a little lower than anticipated.

Enrollment was down slightly at all of the schools.

“We are continuing to reach out to those students that may not have come to school yet or trying to find out if they have transferred,” Byars said.

By the first week in September, the number of students had increased by 90 to 6,313.

The board also placed several policy revisions on first reading for final adoption next month.

A new policy regarding discrimination and harassment that is directed toward students was also put on first reading. It reflects changes the federal government made to Title IX procedural guidelines in January.

The changes were the result of a pair of Supreme Court decisions in cases involving sexual harassment of students.

The court held in one case that a school can be liable for monetary damages if a teacher sexually harasses a student, an official who has authority to address the harassment has actual knowledge of the harassment and that official is deliberately indifferent in responding to the harassment.

In the other case , the high court determined that a school also may be liable for monetary damages if one student sexually harasses another student and the conditions of the previous case are met.

“The responsibility falls more on us to recognize and acknowledge it, not just waiting on somebody to file a formal complaint,” Assistant Superintendent Dawn Williams said. “We might already be addressing it but we’ve also got to identify that it’s a Title IX issue and follow that procedure as well.”

The school system’s previous policy lumped everyone together as a complaint policy but the Title IX guidelines, under which schools qualify for federal funding, require one policy for staff and another policy for students.

In other business, board member Alvin Jackson was reappointed as the board’s liaison to the Georgia School Boards Association.