Local
Windy conditions clear roads for the most part, snow flurries expected through the day

Wind dried off roads for the most part on Tuesday morning, after wet and humid weather had set the stage for icy conditions across much of north Georgia and Alabama.

Floyd County Schools canceled classes and after-school activities for the day. Many places — including county administrative offices, the courts and the health department — are delaying their openings until 10 a.m.

The Georgia Department of Transportation sent crews out Monday night to treat roads and bridges with brine but is urging motorists to avoid unnecessary travel.

A winter storm that brought snow, ice and plunging temperatures across the southern Plains and caused a power emergency in Texas stretched its frigid fingers down to the Gulf Coast.

Winter storm warnings blanketed much of the South, where forecasters are warning of the possibility of ice storms in the northwest corner of the state, according to the National Weather Service.

Low temperatures were expected to drop into the teens and even single digits in some places overnight and into Tuesday morning, with wind chills making it feel even colder.

Rainfall currently moving through is expected to be quickly followed by falling temperatures, leading to the possibility of icy conditions in the morning.

On top of the rain, the humidity will likely remain high as temperatures continue to drop.

“As a result of the higher humidity, falling temperatures behind the rain, and the widespread heavy rain ending as the cold air comes in, roadways are not expected to thoroughly dry,” a NWS statement read.

There is a potential the roads could “freeze overnight and create black ice in spots. How widespread the black ice becomes is uncertain.”

In addition to icing on roadways due to freezing rain, north and west central Alabama may see additional accumulations of sleet and snow, according to a release from the Alabama Department of Transportation and the Alabama Emergency Management Agency.

ALDOT crews will be on duty or mobilized as needed to treat ice on roadways.

However, travel on all routes in the affected areas will be potentially hazardous, and some routes may become impassable. ALDOT said in a release that “motorists are strongly advised not to travel except in case of emergency.”

In the past two weeks, new cases were reported in nearly 7 of every 1,000 Walker County residents, 6 in every 1,000 Gordon residents and 5.3 of every 1,000 people in Bartow, according to the Georgia Department of Public Health daily status report Monday.

In comparison, about 4 in every 1,000 Floyd County residents were newly diagnosed during the same period.

The Associated Press reported that average daily new coronavirus cases in the United States dipped below 100,000 in recent days for the first time in months.

But experts cautioned that infections remain high and precautions to slow the pandemic must remain in place.

The seven-day rolling average of new infections was well above 200,000 for much of December and went to roughly 250,000 in January, according to data kept by Johns Hopkins University, as the pandemic came roaring back after it had been tamed in some places over the summer.

“We are still at about 100,000 cases a day. We are still at around 1,500 to 3,500 deaths per day. The cases are more than two-and-a-half-fold times what we saw over the summer,” Dr. Rochelle Walensky, director of the Centers for Disease Control and Prevention, said on NBC’s “Meet the Press.” “It’s encouraging to see these trends coming down, but they’re coming down from an extraordinarily high place.”

So far, there have been nearly 14,000 confirmed deaths and almost 2,000 deaths suspected to be from the disease.

Floyd County had lost 151 residents to the coronavirus as of Monday. That’s 15 out of every 10,000 people — about even with Bartow and Polk.

Gordon County’s fatality rate is slightly lower, 14.6 per 10,000, and despite its currently high rate of spread, Walker County’s losses total just 9.9 per 10,000 residents.

In rural Chattooga County, 22.2 out of every 10,000 people have died from the disease. Dade County, in the Chattanooga metropolitan area, is reporting just over 5.5 deaths per 10,000 residents.

While DPH is shifting the bulk of its COVID-19 resources to vaccinations, free, drive-thru tests are available in Rome on Wednesday, from 8:30 a.m. to 4:30 p.m., at Coosa Valley Fairgrounds, 1400 Martin Luther King Jr. Blvd.

There are no DPH test sites scheduled in Polk, Chattooga or Bartow this week. Calhoun had been scheduled to host one Tuesday but DPH canceled the event due to forecast wintry weather. 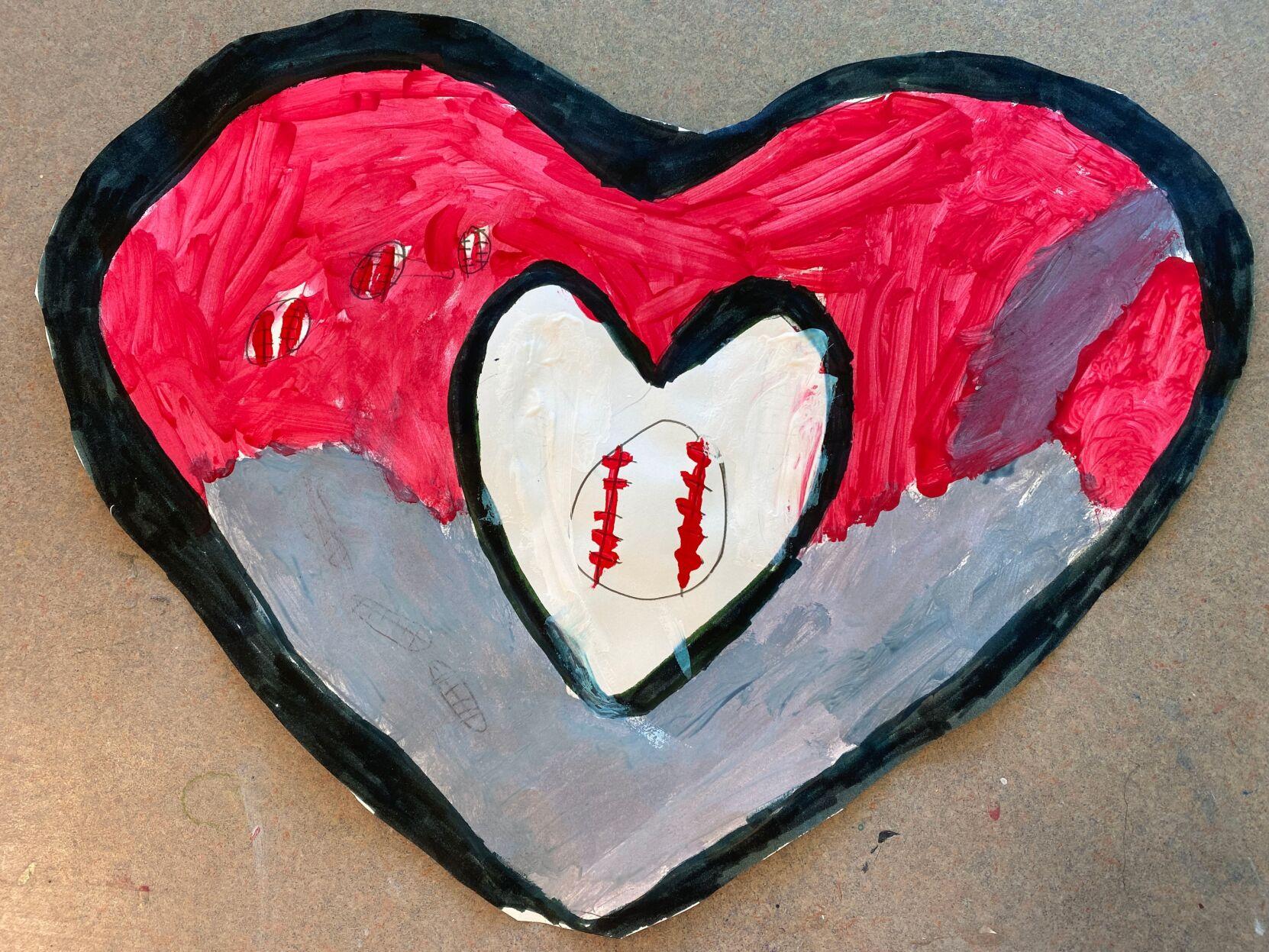 During a brief signing ceremony, Kemp noted that the early reopening of Georgia businesses forced to shut down by the virus allowed the legislature to adopt the fiscal 2021 mid-year spending plan last week with no new cuts and no furloughs or layoffs of state employees.

“Thanks to our measured reopening and strong fiscal management, Georgia weathered the storm,” he said. “This balanced budget sets our state on a clear path to recovery in the coming months.”

The governor’s original mid-year budget plan called for $1,000 bonuses to Georgia teachers and other school workers saddled with the responsibilities of delivering online instruction to students stuck at home during the pandemic.

Later, as the spending plan went through the General Assembly, lawmakers ordered up the same bonuses for about 57,000 state workers earning less than $80,000 per year, and the University System of Georgia extended the bonuses to income-eligible employees of the state’s public colleges and universities.

The mid-year budget also includes $20 million to extend broadband connectivity in rural Georgia, $1 million in marketing funds to help bring back a state tourism industry rocked by COVID-19 and $289,000 to help the Grady Regional Coordinating Center continue its vital mission of coordinating emergency room use during the pandemic.

The General Assembly moved quickly to complete work on the mid-year budget in order to have state spending commitments through June 30 in place in case the virus forced a temporary shutdown in the legislative session, as happened for three months last year.

With the mid-year budget delivered and signed, lawmakers will focus next on the $27.2 billion fiscal 2022 state budget, now before the Georgia House of Representatives. That budget will cover the period starting July 1 and running through June 30, 2022.

The citizen panel also sought more time Monday to consider a provision that would allow the city to pull a beverage sales license if the licensee has a significant amount of outstanding debt to the city.

City Clerk Joe Smith said the home delivery ordinance comes as a result of House Bill 879, passed by the state last year. Smith explained that he is still awaiting a “workable set of rules” from the Georgia Department of Revenue.

ACC Chairwoman Monica Sheppard likened the state law to an effort by the ACC last year to allow open containers of alcohol in certain areas, to help local retailers during the COVID-19 pandemic. The city commission, however, rejected the open container law.

“I think this is absolutely a possible solution to the fact that our establishments are missing out on sales because they can’t have people coming in and spending in the way they would under normal circumstances,” Sheppard said.

The law would require homeowners to have set up an account with the seller and pay for the alcohol in advance.

Smith pointed out that the law would put tremendous responsibility on whoever was delivering the alcohol, to make sure it was getting to the right location and not into the hands of an underaged individual.

Sheppard also expressed some concern about the debt ordinance and wondered if it was a way to get the ACC to serve as an enforcement arm for other agencies within government.

The ordinance would let the city pull the license of a retailer in mid-year if they accumulated more than $1,000 in debt. Smith said individual servers of alcohol could not get a permit, or renew their permit, if they have any outstanding debts to the city.