The long race to succeed Floyd County Sheriff Tim Burkhalter will continue for another two months.

During the protracted count of thousands of absentee ballots that dragged into Thursday morning, Tom Caldwell nibbled away at a big lead that Dave Roberson enjoyed during the count of in-person ballots on Tuesday night.

In the end, he reeled Roberson back under the 50% plus one majority level to force a runoff.

There is no Democratic candidate on the ballot so the winner of the runoff essentially wins the seat.

“Every time a batch would come in, it was like, ‘Do we have enough to keep it below 50%?’” Caldwell said. “If you can’t get excited about the sheriff’s race now, you’re just not paying attention.”

Kilgo posed with Roberson for a photo posted to social media early Thursday where he was holding one of Roberson's campaign signs. In the post, Roberson thanked Kilgo for his support.

Roberson said he knew all along that with three candidates in the race, there was a strong likelihood of a runoff.

“This doesn’t deter me in any way,” Roberson said. “I’m not discouraged, just looking forward to getting back out, meeting more people and earning more votes.”

Roberson said he will be focused on reminding all of his supporters that they need to come back to the polls again in August.

In light of the protests that have occurred across the nation during the past month, both Roberson and Caldwell have expressed concern about the need for additional diversity within the sheriff’s office, particularly in positions of leadership.

“When I talk about recruitment and retention, we need to broaden the diversity in the sheriff’s office,” Roberson said. “I think we need to encourage that for our future leaders.”

Caldwell said he’s talked at community forums during the campaign about the lack of diversity across law enforcement in Rome and Floyd County.

“I don’t think people are going to trust us as much until we look more like the community, and we’re not doing that,” Caldwell said. “I want to participate in recruiting, myself.”

Caldwell said he’s looking at the runoff campaign as if it was a whole new election and both candidates are starting from zero.

“You have to turn your people back out to vote again.” Caldwell said. “If you’re in our position, there’s excitement that you’re still in the game and that helps.”

Roberson does not plan to alter any of his campaign strategy over the course of the next eight weeks.

Voters must have been registered by May 11 to vote in the Aug. 11 runoff. And, since this is an extension of the Republican primary, no one who voted in Tuesday’s Democratic primary is eligible to weigh in.

Early voting is slated to begin on July 20 and continue through Aug. 7. 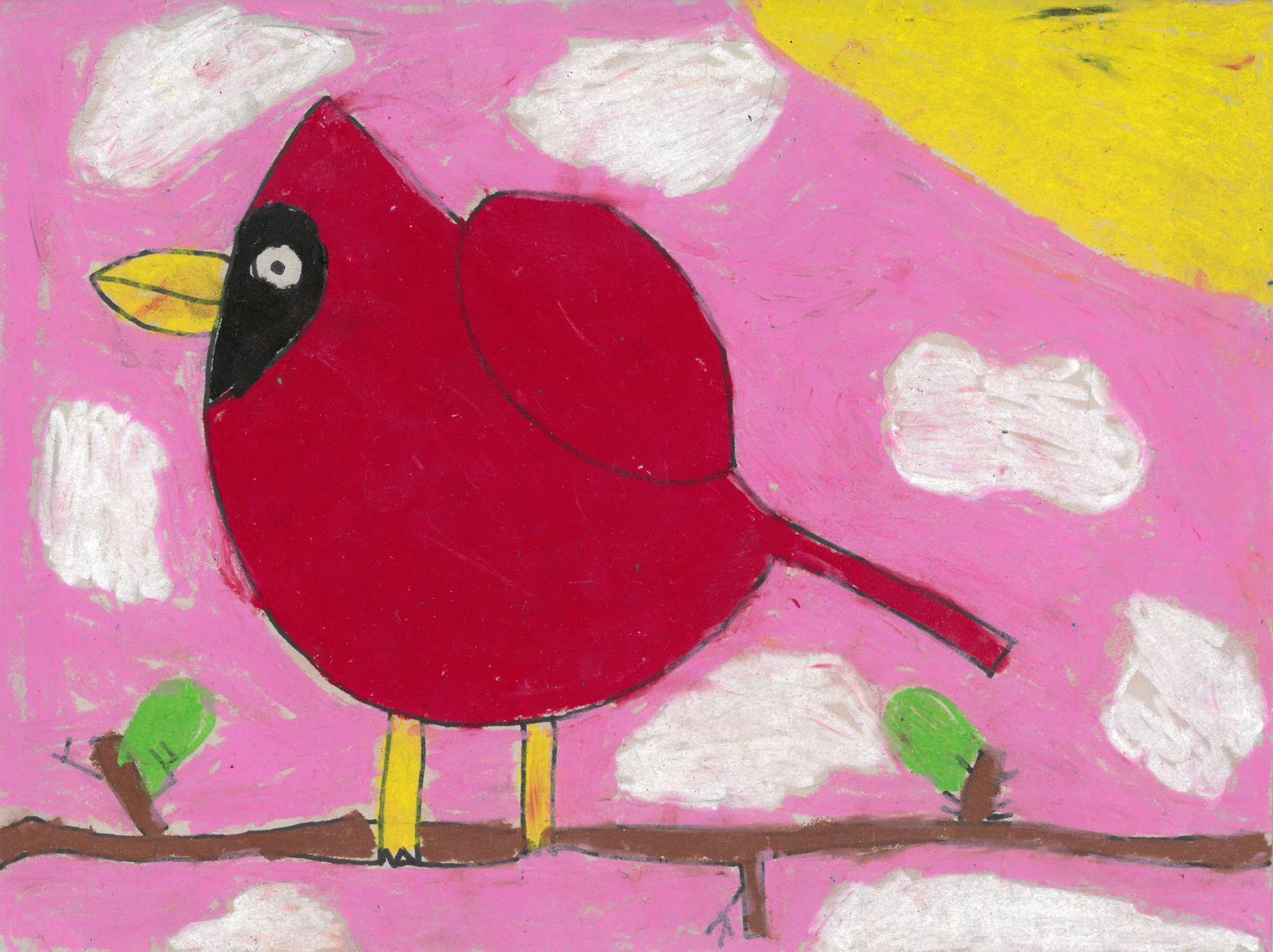 Floyd County Clerk of Superior Court Barbara Penson will move on to the general election in November after surviving what she referred to as a “brutal” Republican primary with Joe Costolnick.

When the final absentee ballots were tabulated early Thursday morning, Penson brought in 8,238 votes to Costolnick’s 6,118. Democrat Moriah Medina will challenge the incumbent Penson in the fall general election.

“It’s been very raw and brutal,” Penson said. “It takes a lot of courage and an ounce of insanity to run — for somebody to get into politics and run for office.”

Penson said the job of Superior Court clerk means that many people they deal with are in a difficult time in their lives and she has made every effort to treat everyone with courtesy and respect.

Running her campaign while trying to run the office from home during the COVID-19 pandemic — which hit the Floyd County Courthouse in the last two weeks — has been particularly challenging. However, Penson said she was ready “to hit the ground running” for the fall general election campaign.

In a statement to the Rome News-Tribune, Costolnick congratulated Penson, as well as all the other primary election candidates, commending their commitment to service to Floyd County.

“I commend each of you, and wish you the best moving forward as you continue to work for the people within our great community,” he said. “I would like to say thank you to everyone that supported me throughout this election. There are so many people that donated their time, their money, and their talents to this campaign, and I will forever be indebted to them for trusting in me, and having faith in me, as a leader. I want to say thank you to my wife, Emily, for her continued support throughout this campaign, and to my friend and running mate, Whitney Downs, for her dedication to Floyd County, it’s service agencies, and the people that we work alongside each and every day. Your support and friendship has been amazing. I am proud to be a part of this team, and for the work that we accomplished together.”

Costolnick said although this was not the outcome he had hoped for, he was honored to have had the opportunity to meet many wonderful people and was blessed to live in a town full of citizens who cared about their friends and neighbors.

“Best wishes to all of our leaders, and thank you for your dedication and devotion to Floyd County,” he said.

Incumbent Magistrate Judge W. Gene Richardson will also go back into the courthouse, COVID-19 permitting, after a strong win over challenger Justin Hight. Richardson received 12,239 votes to Hight’s 6,845 in the nonpartisan election

Richardson said feels blessed to have been able to run without opposition in the past, but is so grateful to the people of the county for their support.

Republican state Rep. Katie Dempsey outdistanced Brad Barnes to win her eighth term in the Georgia House of Representatives. There is no Democratic candidate in November.

Her fellow delegate, Rep. Mitchell Scoggins, R-Cartersville, will also go back to Atlanta next year without opposition in the fall.

The general election is set for Tuesday, Nov. 3. The last day to register to vote in that election is Oct. 6. Early voting will begin Oct. 12 with a mandatory Saturday voting date set for Oct. 24.

Georgia Department of Public Health officials say there is still a need to stay vigilant against the new coronavirus, whether it’s at the forefront of our minds or not.

Current events and time away from phrases like “shelter in place” and “essential businesses” showing up in news headlines does not mean the threat from COVID-19 is neutralized.

“I think the biggest thing right now is, many of us feel like the virus is gone and disappeared. We have to understand there is no on/off switch. It hasn’t disappeared. It’s still here,” said Logan Boss, Northwest Georgia Public Health District Public spokesman.

The number of total confirmed cases of COVID-19 in Floyd County increased by seven overnight Wednesday to 356 on Thursday afternoon, according to the DPH — with 88 new cases since the beginning of June.

There was one new hospitalization reported in Floyd County on Thursday morning, bringing to five the number of COVID-19 patients in local hospitals.

“In our local community, there has not been a significant increase in the numbers admitted for COVID-19, and we have a fairly low hospitalization rate for COVID-19, which is a good sign. But that’s today. Next week it may be a different story,” said Dr. Gary Voccio, health director for the Northwest Georgia public health district.

“It is still very early,” he told the Rome City Commission during its regular meeting Monday.

Boss said while there have been positive trends in the fight against the new coronavirus locally, how the virus will react and grow is still unknown.

There are theories that, while the initial spike is more or less over, the virus could go dormant over the summer and then return in colder months with a second wave similar to the 1918 Spanish flu and the 2009 swine flu pandemics.

“The answer, as with so many things with this coronavirus, is we don’t really know,” Boss said. “We’ve never seen a coronavirus pandemic spread, so a lot of what we are watching is new, like the virus itself.”

Voccio strongly recommends that people continue practicing the three main tenets of preventing the spread of the virus — social distancing, wearing a mask where social distancing is difficult, and the strict sanitization of hands and high-touch surfaces at work and home.

Voccio acknowledged the recent spike in cases at the Floyd County courthouse as an example that the virus is still circulating in our area. Seven staff members who work at the courthouse tested positive for COVID-19, and all activity in the building is shut down until June 22.

“They had their sanitization plans in place and were adhering to guidelines but, again, it still goes to show you what the virus can do,” Voccio said.

This article originally stated there were five COVID-19 patients at Redmond Regional Medical Center, which was incorrect. There are five patients total being treated for COVID-19 in Floyd County.