'What’ll ya have?': The Varsity to be located on Spider Webb Drive in North Rome
Google

The Varsity has identified a Rome location on Spider Webb Drive where a Dairy Queen is now located, according to plans filed at the Rome-Floyd Planning Department.

The first paperwork to bring a Rome location of The Varsity was filed early Tuesday morning with the Rome-Floyd Planning Department.

The Varsity would replace the Dairy Queen at 879 Spider Webb Drive with a new 4,358 square-foot restaurant with outside seating.

The iconic restaurant now has six locations: Atlanta, Kennesaw, Norcross, Dawsonville and two at Hartsfield-Jackson Atlanta International Airport. And its website emphasizes that the number of locations is growing.

The restaurant, and now chain, has been owned and operated by the Gordy family since 1928.

The engineering company representing the restaurant is requesting a reduction in the 20-foot landscaping buffer requirement to a minimum of 4.5 feet of landscaping, according to Malcolm Young with W&A Engineering. There is currently no landscaping at the Dairy Queen location.

“Subsequently, the petitioner would also need relief from a requirement for one tree in the landscape strip. The proposed width of 4.5 feet does not permit the healthy growth of a deciduous or evergreen tree that will normally reach at least 12 inches at diameter breast height upon maturity,” the request stated.

The variance request also seeks to deviate from the parking requirements, to allow for a one-way traffic lane that includes a drive thru lane as well as a passing lane.

The deal was announced over the weekend by Toles, Temple and Wright Real Estate company. Agents Bill Temple and Craig McDaniel worked to bring the group to Rome.

The engineering company representing The Varsity is requesting a reduction in the landscaping buffer requirement, there is currently none. The…

That’s according to results of a poll taken during a tele-townhall question-and-answer session with Secretary of State Brad Raffensperger. His communications manager for voter education, Walter Jones, said it mirrors their results from similar calls in Georgia’s other districts.

“It’s moving the needle a little bit,” Jones said. “What we have found is if a district is represented by a Democrat, voters tend to be a little less skeptical than those represented by Republicans. But we’ve seen a little movement after these calls.”

Raffensperger spent a half hour talking about the 2020 election and Georgia’s new election law, and answered questions from the participants. They were selected randomly by a vendor calling district numbers and inviting those who answered to listen in.

It started with a painstaking overview from Raffensperger on the presidential election — including the initial state audit of paper ballots, the hand recount, the second recount at the request of President Donald Trump, the signature verification in Cobb County and the investigations into specific accusations of fraud.

“Every single allegation we received, we checked out,” he said, adding that “28,000 Georgians skipped the presidential ballot. Republican congressional candidates got 33,000 more votes than President Trump. That’s what happened in Georgia.”

A Republican himself, Raffensperger told the participants in the heavily Republican 14th District townhall that he, too, was disappointed in the results.

“I understand you’re grieving. But every allegation, we checked it out and President Trump came up short.”

He noted that the conservative Heritage Foundation’s latest scorecard ranks Georgia first in the nation for election integrity. And he tried to put to rest some of the rumors that just won’t die.

A woman from Lindale asked about claims that thousands of registered voters have addresses that are parking lots.

Answer: That’s based on faulty comparisons of lists and has been rejected by investigators and several courts. For example, many people who live in apartments get mail that’s delivered to a single point in the main office. Others may live in multi-story buildings with retail stores on the street level that share the same address. Rural voters, especially, may get mail at a post office box even though they have a physical address.

A man in Murray County asked about mass mailings of absentee ballots and one in Ranger said they received a ballot for someone who hadn’t lived there in years.

Raffensperger explained that those were applications for ballots, not actual ballots. And Senate Bill 202, passed this year by the Georgia General Assembly, won’t allow that anymore by state and local governments.

“We did it in (the primary of) 2020 because we were in a stay at home situation,” he said, referring to the covid pandemic. “All political parties, organizations, sent out ballot applications for several different races. ... Many of the large metro Atlanta counties were going to send them out again and others weren’t — this leveled the playing field.”

A question from a woman in Douglasville about felons voting illegally netted numbers from Raffensperger. He said investigations turned up 74, who are being dealt with. He also said they found four instances of dead people “voting” and zero underage voters.

“You can register at 17 1/2, but every one of them turned 18 by election day ... Every single allegation we received, we checked out,” he said.

He also spoke at length on the security of the Dominion voting machines — certified, not connected to the internet, verified by a forensic audit and used in Virginia’s recent governor’s race GOP victory.

“We were not hacked ... (an outside company) looked at the firmware and the software. We did that in addition to the 100% hand recount, which showed that’s what people voted for,” he said.

During the call, participants were asked to weigh in on several questions by punching a number on their phone. 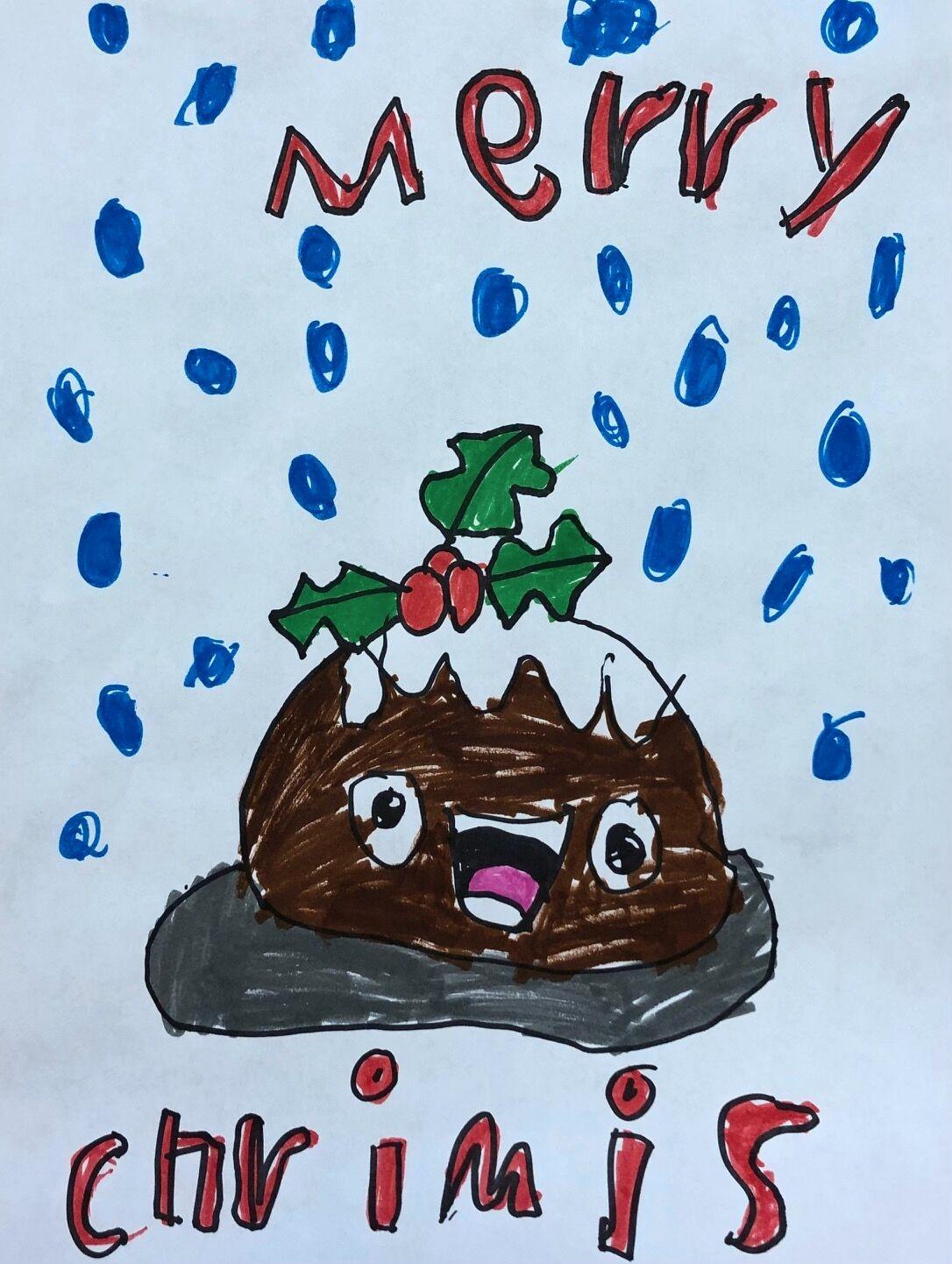 Participants in the First Day Hike at Lock and Dam Park on Jan. 1, 2021, were separated to keep groups small and socially distant.

According to Rome-Floyd Parks and Recreation Director Todd Wofford, Lock & Dam Park’s 2019 revenue — which comes from a combination of camping fees and items bought at the Trading Post general store — was around $65,000. Before 2020 and 2021, that was the record year for camping in local parks.

Recreation Services Manager Mary Hardin Thornton attributes the revenue increase to many reasons, but one of the biggest factors has been the transition to booking campsites online.

Lock & Dam Park has been listed on BookYourSite.com for a year as of this week, she said, and it’s attracted people from all around the country to visit Floyd County and explore the lock and dam.

Before the switch, booking was done by hand over the phone, but Thornton said the change has been a lot more efficient for people looking to camp in the area.

The park has also seen a lot of upgrades over the past year, including new boat docks on the Coosa River. Thornton also said new signage has made the park more accessible to visitors.

In 2022, parks and rec is planning to add Wi-Fi to the park, which will be another major attracting factor.

“If we learned anything from the pandemic, it’s that internet is now more of a necessity than an amenity,” Thornton said.

Lock & Dam will also be hosting the third annual First Day Hike on New Year’s Day. The past two hikes took place at 8 a.m., but Thornton decided to move it to 11 a.m. in the hope of seeing more people. Admission for the hike is $5 and will go toward educational programs at Lock & Dam Park.

The hike will go through the primitive campsites and the nature preserve at the park. It will last for about a mile, but participants are welcome to go farther into the park.

After the hike, parks and rec staff will provide a hotdog lunch for participants.

To make a piece of land more marketable for business development, the Rome Floyd Development Authority is buying an additional 11.39 acre tract near Ga. 140 and Prosperity Way.

The tract of land will be joined with another 12-plus acres that fronts Prosperity Way and is already owned by the authority.

“It takes a dogleg piece of property and makes a great site at the corner of 140,” RFCDA Chair Jimmy Byars said.

The authority approved the $250,000 to purchase that property, which is already zoned for heavy industrial use, during its December meeting on Tuesday.

The property is located just south of the massive Lowe’s Regional Distribution Center.

Floyd County Manager Jamie McCord also informed the board that the purchase of 202.34 acres of land from the Braden family along U.S. 411 was finalized recently. 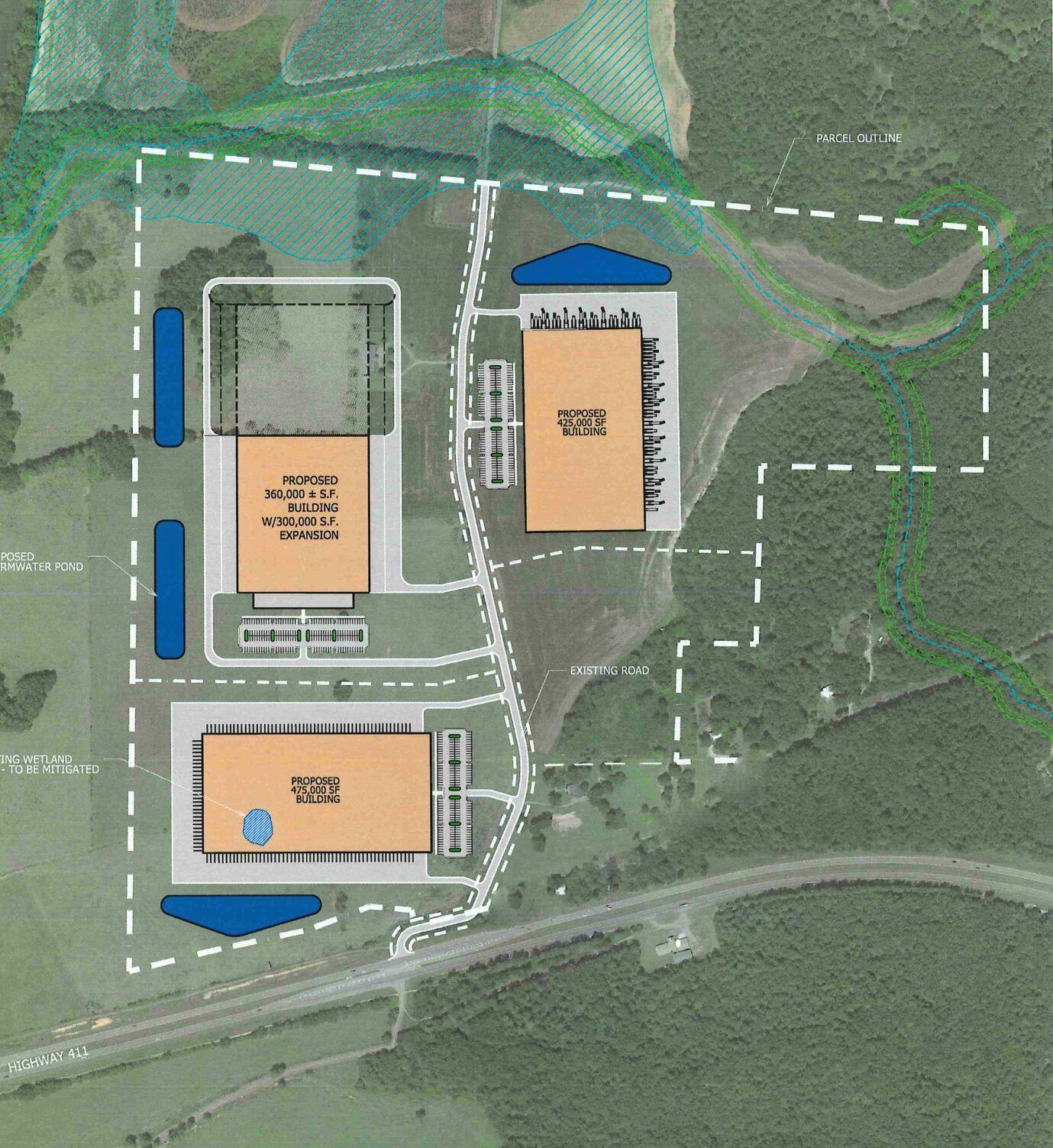 The county commission, city of Rome and Rome Floyd Development Authority secured an option to buy the prime farmland at $20,000 per acre. It fronts Cartersville Highway and is divided by Bass Ferry Road.

Also on Tuesday, authority President/CEO Missy Kendrick announced they have applied for a $500,000 brownfields assessment grant from the U.S. Environmental Protection Agency. They expect a decision by April.

The development authority is also planing to hold a full-day strategic planning session on Friday, Feb. 18.

Since Tuesday was the last meeting of 2021, the board recognized Cassandra Wheeler, Georgia Power’s Northwest Georgia regional director. Wheeler will roll off the board and Harbin Clinic CEO Kenna Stock will take her place.