The battle to end surprise medical bills in Georgia may be nearing the end, judging by the artillery assembled for the latest salvo.

Two identical bills are expected to drop in the House and Senate today, backed by lawmakers who have been at odds in past sessions. And they’re co-signed in each chamber by the floor leaders for Gov. Brian Kemp, who’s been involved in the process.

“Whichever one makes it through first is the one we’ll go with,” said Sen. Chuck Hufstetler, R-Rome, sponsor of the new Senate bill.

The Finance Committee chairman’s counterpart in the House, Rep. Lee Hawkins, R-Gainesville, is sponsoring the bill in that chamber.

Also called balance billing, the practice has led to sticker-shock for patients who discover — sometimes months later — that they’re liable for the difference between what their insurance will pay and what the provider charges.

It often happens in emergency situations, but it is especially surprising when a scheduled procedure at an in-network hospital is performed by an out-of-network provider.

While there are other bills floating around aimed at taking the patient out of the payment dispute, including an older one of Hufstetler’s, the new legislation is the result of lengthy negotiations.

“We’ve been meeting with doctors, hospitals, insurance lobbyists to help us get a handle on it throughout the fall,” Hufstetler said. “The governor’s staff has been really helpful in working out the compromises.”

A major sticking point has been the formula that would be used to determine a fair price for a service.

Hufstetler said they lit on a different system with help from three professors from Georgetown University’s Center on Health Insurance Reforms, which researches and analyses policies in use across the nation.

“It sets up a method of prompt payment based on the negotiated rates. Then, if either side doesn’t agree with (the price), they can arbitrate it through the (Georgia) Department of Insurance,” Hufstetler said.

That would apply to emergency or urgent medical care. For nonemergency procedures, a patient would have to be notified orally and in writing at least 48 hours in advance if any scheduled provider is out of their network. The patient could then opt to pay the difference or make other arrangements.

Hufstetler said the legislation spells out the arbitration process in a way that addresses the concerns of both insurers and providers. There’s a set time limit, and it will be done “baseball style.”

“The arbitrator has to pick one or the other number,” he explained. “You think about a compromise of picking a number in the middle, but this way has been shown to be more successful. ... The other good thing is that they have to talk to each other before going to arbitration. That hasn’t been happening.”

He and Rep. Richard Smith, R-Columbus, butted heads over a solution in previous years and legislation stalled. Smith was closely involved in drafting the new bill, but he was elevated to chairman of the House Rules Committee in January and turned it over to Hawkins to follow through.

Hufstetler said he would carry Hawkins’ bill in the Senate and Hawkins would carry his in the House. The measure is expected to be heard in the chambers’ insurance committees. The House Insurance Committee is chaired by Hufstetler’s fellow Floyd County delegate, Rep. Eddie Lumsden, R-Armuchee.

“It does need updating, but it doesn’t need to be tossed out,” said Floyd County Commission Chair Scotty Hancock.

His comments came Monday during the JSC meeting at the County Administration building.

“All of us want to keep it intact, but we should probably start reviewing it annually,” he told the group made up of the top two city and county commissioners, managers and their administrative staff.

The ULDC updating process will be a main topic of discussion at an all-day retreat between city and county staff set for Feb. 13 at the Courtyard Rome Riverwalk.

The regulations haven’t been updated for about 20 years and Cochran said they’re difficult to navigate.

A ULDC subcommittee is working on guidelines for tiny homes, hobby farms, artisan crafts and event venues — but the JSC agreed the document needs more than additions.

However, state and federal mandates are going to prevent local leaders from making too many changes to the codes, City Manager Sammy Rich pointed out.

“There’s a lot of stuff that is not really discretionary,” Rich said.

He said the city used to require sprinklers for any building over 5,000 square feet, but that was eliminated to be more in line with the state and county minimum.

But “we’ve long prided ourselves in being as workable and flexible as we can be ... The sky’s the limit. It’s a living, breathing document,” he said.

City Commissioner Craig McDaniel said one thing that came out of a recent Business Development Committee meeting was the need for more code enforcement and engineering staff to process new development applications.

“People would be told something here and go down the hall and be told something else and then stuff would get tied up in engineering,” said McDaniel, a commercial real estate agent. “We just need to look at manpower. A lot of it’s just operations.”

County Commissioner Wright Bagby said he wants to be sure that if there is ever another blanket rezoning or remapping in the city or county, that individual property owners are directly notified so they aren’t caught unaware down the road.

He said it happened to him when he was selling a piece of his own property and hadn’t realized it had been rezoned.

“If I’d gotten a certified letter I would have gotten off my rear and looked at how everything was zoned and fixed it,” Bagby said.

Also at the JSC meeting, Rich reported he’s feeling very optimistic about efforts to alleviate homelessness in Rome and Floyd County. He thanked the county for joining with the city in helping United Way fund Cathy Aiken-Freeman to lead the Interagency Council on Poverty & Homelessness.

“I think this is going to be the ticket for implementing the plan from 2009,” Rich said.

Aiken-Freeman is currently gathering input from the community at her new office in the front of City Hall.

“We’ve got the right person at the table. We just need to stay out of her way and let her get it done,” he said. 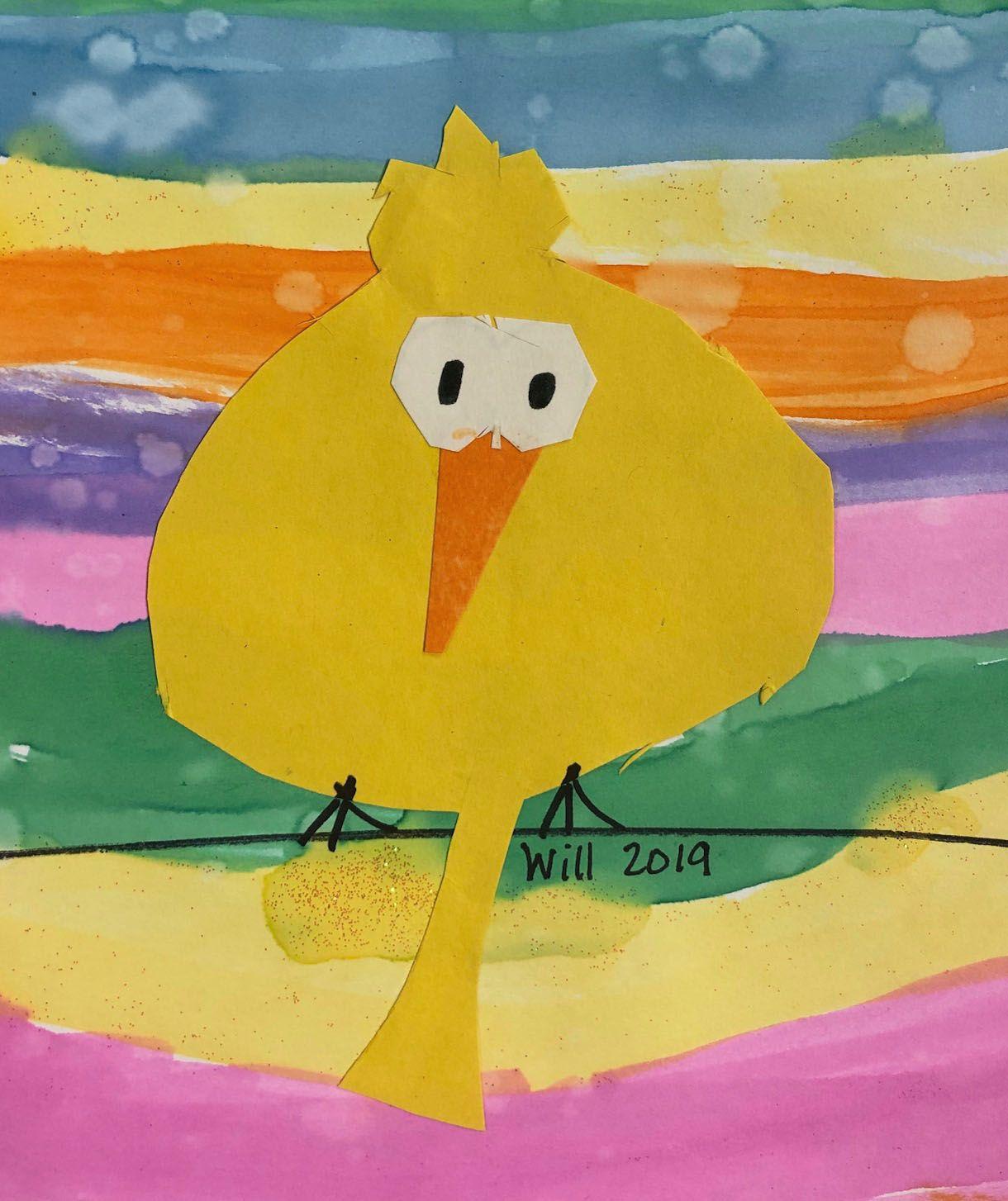 Will Reiner, a first-grader at Model Elementary School

Floyd County Superior Court Clerk Barbara Penson talks about her background in record keeping and the time she has served as court clerk at a candidate forum at the Floyd County Republican Women’s Luncheon on Tuesday at Red Lobster.

The two announced candidates for Floyd County Superior Court Clerk squared off at a political meeting Tuesday and addressed a large turnover in the office during the past year.

The incumbent, Barbara Penson, has been at the post since 2008 and referred to herself as “not a politician but a public servant.”

Harbor House Executive Director Joe Costolnick spoke of his background in leadership and law enforcement. From 2001 to 2017, he worked for the Rome Police Department and rose to the rank of lieutenant and supervisor of the Criminal Investigation Division.

The same year, he accepted a position at Harbor House, a nonprofit dedicated to helping children who have been victims of abuse.

On Tuesday, both candidates — who are running as Republicans — spoke at the Floyd County Republican Women’s Lunch.

Costolnick talked about a conversation he had with his brother last year, about a “mass exodus” of employees from the court clerk’s office.

After doing some investigation on that claim, he told attendees, he learned that 20 people had left the clerk’s office since the last election, with one resignation letter claiming it was a “hostile work environment.”

“I have done this my entire life, working in the system, and this bothers me,” he said. “I expect things to be done correctly, accurately and by the law.”

As a response to Costolnick saying too many people are leaving, Penson said “I can only do what I’m allowed to do.”

According to Penson, she has never terminated anyone while in office, but people have quit. She maintains the office professionally, she said, contending that the environment is not hostile, but there also isn’t any “slack.”

“I will be found working realistic, working honest and working hard,” she said.

After she took office, Penson said, her first order of business was to improve the work environment and make the office more technology friendly. Penson said she has hired people from all backgrounds and all skill levels.

“When adversities come around, I turn them into opportunities,” she said.

Amy Young, director of LivingProof Recovery’s Next Door program for women leaving incarceration, speaks to the Rome Noon Optimist Club on Monday at the Three Rivers Club about the nonprofit launched last May.

Members of the Rome Noon Optimist Club take up a collection Monday at the Three Rivers Club to donate to the Next Door program after hearing about the nonprofit program launched by LivingProof Recovery last May.

Because she’s been there, she knows where they’re coming from. She also knows what they can potentially do for their community if given the chance.

Amy Young — who recently celebrated 16 years of being clean and sober — spoke to the Rome Noon Optimist Club on Monday about the importance of believing in the transformation of lives.

“I’m very thankful I get the opportunity to not only be able to tell you about the LivingProof and Next Door programs, but that we all get to see these women grow and succeed and go out and feed back into our community and keep giving back,” said Young, a LivingProof Recovery program director who is now heading up the Next Door nonprofit.

It was formed last May to provide women leaving incarceration with safe, dignified transitional homes as they work on reinventing themselves with peer support.

Next Door has so far housed 10 women from Rome and Floyd County who otherwise would either be reoffending to return to the “comfort” of jail, would be homeless, or would be continuing to barely function in a dysfunctional, addiction-filled environment.

And because Next Door is part of LivingProof Recovery, the women enjoy all the benefits of all LPR, which includes a variety of support groups, employment services, legal services, fitness programs and fun community outings.

Young said she communicates with 40 or 50 women per week who need some form of services. She stressed the importance of treating each person with the respect and dignity they deserve — no matter their background or particular circumstance.

The most exciting aspect of seeing these women gain back custody of their children, start earning their own wages again and getting their own permanent homes is knowing that at some point they, too, will be able to follow the Optimist creed of “service above self.”

After the Optimists heard Young say funding is the biggest challenge for the Next Door program since it is a separate nonprofit from LivingProof, members took up a cash collection at the end of the meeting that was turned into a check for Young to apply to Next Door.

Young thanked them for their generosity.

“The program is thriving, but we need to establish longevity and be able to procure a future for it,” she explained. “What I really want you guys to take away from this is knowing that there’s another side to our community that most of us don’t see. That other side really needs for people to get into the mess and help lift people out of it and that’s what we’re doing.”