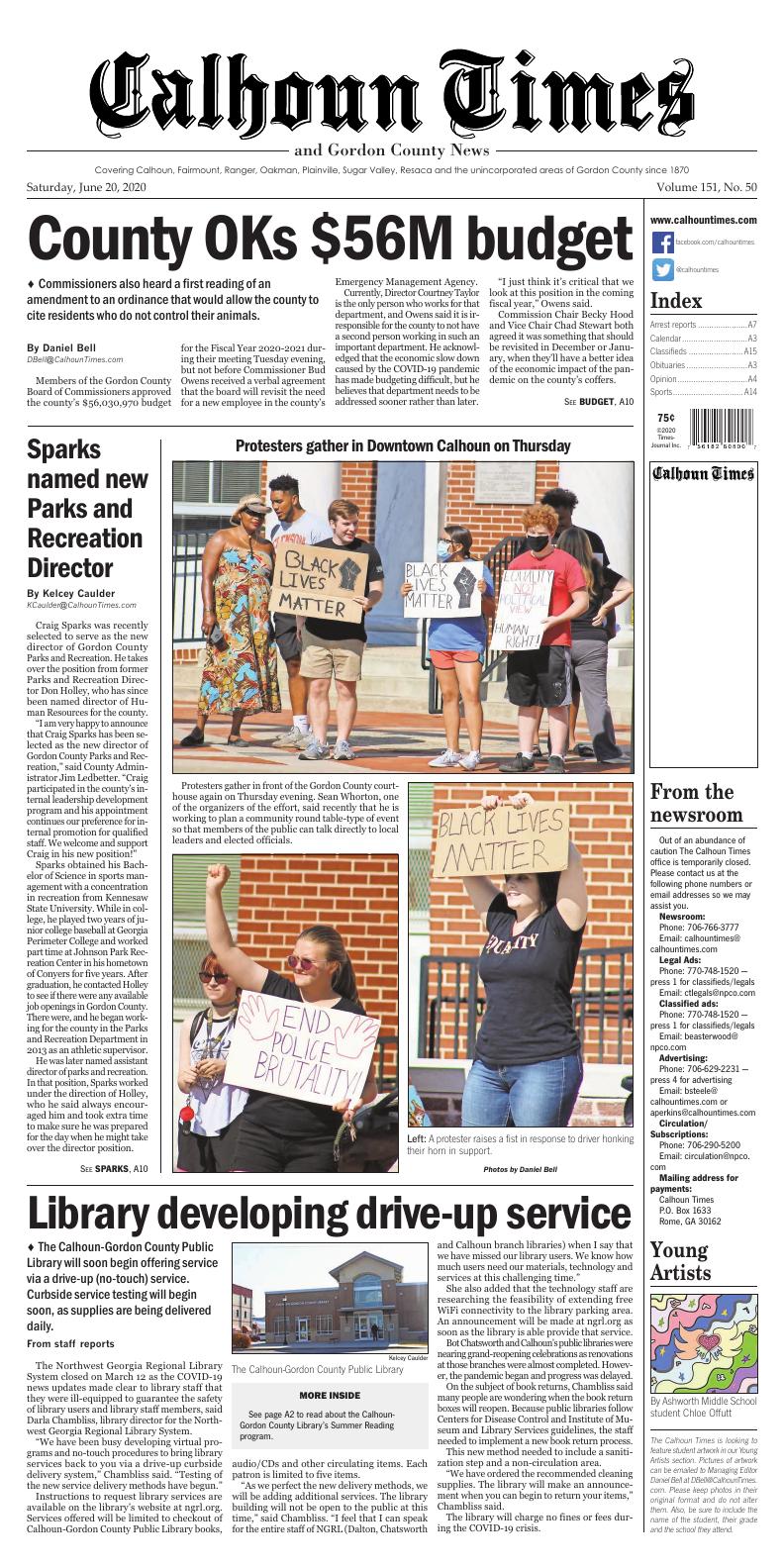 Members of the Gordon County Board of Commissioners approved the county’s $56,030,970 budget for the Fiscal Year 2020-2021 during their meeting Tuesday evening, but not before Commissioner Bud Owens received a verbal agreement that the board will revisit the need for a new employee in the county’s Emergency Management Agency.

Currently, Director Courtney Taylor is the only person who works for that department, and Owens said it is irresponsible for the county to not have a second person working in such an important department. He acknowledged that the economic slow down caused by the COVID-19 pandemic has made budgeting difficult, but he believes that department needs to be addressed sooner rather than later.

“I just think it’s critical that we look at this position in the coming fiscal year,” Owens said.

Commission Chair Becky Hood and Vice Chair Chad Stewart both agreed it was something that should be revisited in December or January, when they’ll have a better idea of the economic impact of the pandemic on the county’s coffers.

The budget is based on the current year’s fiscal budget, but it will also rely on fund transfers from other areas, such as the solid waster management fund, the jail maintenance fund and the county’s general fund reserves. Additionally, the county will cover a 2.5% increase in employee insurances costs. Still, the FY2020-21 budget total represents a 3.17% decrease compared to the current fiscal year.

“This has been the toughest budget I’ve done, based on so many economic unknowns,” said County Administrator Jim Ledbetter.

He noted that a lot of requests from the county’s various departments have gone unfilled recently because of the current economic situation, and they have also implemented a hiring freeze.

In other business Tuesday, the commission also:

♦ Heard on first reading a proposed amendment to the Gordon County Animal Control Ordinance for the leash law section that would enable the county to cite someone whose animals are running lose. The change would allow a fine of as much as $1,000 and/or 60 days in jail. Ledbetter said the intent would be to work with animal owners to resolve any problems before a citation would be issued, but this change would allow officials the ability to take action should a problem become ongoing. He also said the punishment would be determined by a judge and would likely not be the maximum on first offenses.

♦ Approved a zoning change request for Jerry M. Gurley’s property on Dempsey Loop Southeast in Adairsville. The property has been subdivided and the change was required to remain in compliance with zoning rules.

♦ Approved a temporary change to the mileage and travel reimbursement policy. Beginning July 1, all non-essential travel, expense and mileage reimbursements for elected officials and county employees will be eliminated. Any necessary travel must be approved in advance. Ledbetter said the move will likely save the county about $100,000 to $120,000 in the coming year.

♦ Declared a Glock Model 17 9mm duty pistol as surplus so that it could be gifted to a retiring employee of the Gordon County Sheriff’s Office.

♦ Approved a list of surplus items from various departments that will be sold at auction.

Protesters gather in front of the Gordon County courthouse again on Thursday evening. Sean Whorton, one of the organizers of the effort, said …

“We have been busy developing virtual programs and no-touch procedures to bring library services back to you via a drive-up curbside delivery system,” Chambliss said. “Testing of the new service delivery methods have begun.”

Instructions to request library services are available on the library’s website at ngrl.org. Services offered will be limited to checkout of Calhoun-Gordon County Public Library books, audio/CDs and other circulating items. Each patron is limited to five items.

“As we perfect the new delivery methods, we will be adding additional services. The library building will not be open to the public at this time,” said Chambliss. “I feel that I can speak for the entire staff of NGRL (Dalton, Chatsworth and Calhoun branch libraries) when I say that we have missed our library users. We know how much users need our materials, technology and services at this challenging time.”

She also added that the technology staff are researching the feasibility of extending free WiFi connectivity to the library parking area. An announcement will be made at ngrl.org as soon as the library is able provide that service.

Bot Chatsworth and Calhoun’s public libraries were nearing grand-reopening celebrations as renovations at those branches were almost completed. However, the pandemic began and progress was delayed.

On the subject of book returns, Chambliss said many people are wondering when the book return boxes will reopen. Because public libraries follow Centers for Disease Control and Institute of Museum and Library Services guidelines, the staff needed to implement a new book return process.

This new method needed to include a sanitization step and a non-circulation area.

“We have ordered the recommended cleaning supplies. The library will make an announcement when you can begin to return your items,” Chambliss said.

The library will charge no fines or fees during the COVID-19 crisis.

Craig Sparks, his wife Macie Sparks and their son Pierce have lived in Gordon County for the last seven years. Craig has just been named Director of Parks and Recreation.

“I am very happy to announce that Craig Sparks has been selected as the new director of Gordon County Parks and Recreation,” said County Administrator Jim Ledbetter. “Craig participated in the county’s internal leadership development program and his appointment continues our preference for internal promotion for qualified staff. We welcome and support Craig in his new position!”

Sparks obtained his Bachelor of Science in sports management with a concentration in recreation from Kennesaw State University. While in college, he played two years of junior college baseball at Georgia Perimeter College and worked part time at Johnson Park Recreation Center in his hometown of Conyers for five years. After graduation, he contacted Holley to see if there were any available job openings in Gordon County. There were, and he began working for the county in the Parks and Recreation Department in 2013 as an athletic supervisor.

He was later named assistant director of parks and recreation. In that position, Sparks worked under the direction of Holley, who he said always encouraged him and took extra time to make sure he was prepared for the day when he might take over the director position.

“I’ve worked under Don the whole time I’ve been in Gordon County. He was in recreation for over 30 years and has worked all over the state. He was a great leader and fighter for our community, and he has prepared me well for this day, so I feel good about it,” Sparks said. “There will be a bit of a learning curve for me, but I am very excited.”

Asked about his goals for the future of Gordon County parks, Sparks said he is looking forward to adding some of his own touches to the parks in the area. He also mentioned that he is working to get the addition of a disc golf course at Brookshire Park added to the budget for next year and that he is in the process of brainstorming new concepts for the local skate park.

“We have some projects in mind that we would like to do. We have a Brookshire Park project for a disc golf course that we’d like to have added to the budget for next year,” Sparks said. “We’re also looking at maybe putting some outdoor basketball and sand volleyball courts in where our skate park is currently. That’s just in the very early stages of discussion at the moment but is one of the things we’re considering.”

Sparks thanked County Administrator Jim Ledbetter, Assistant County Administrator Keith King and County Commissioner Becky Hood for being “super role models” for him throughout the years. He also thanked his wife, Macie Sparks, who teaches third grade at Sonoraville Elementary School, and his 3-year-old son Pierce for being his biggest supporters.

“My family and I have really enjoyed our seven-plus years here in Calhoun and look forward to what the future holds,” he said. 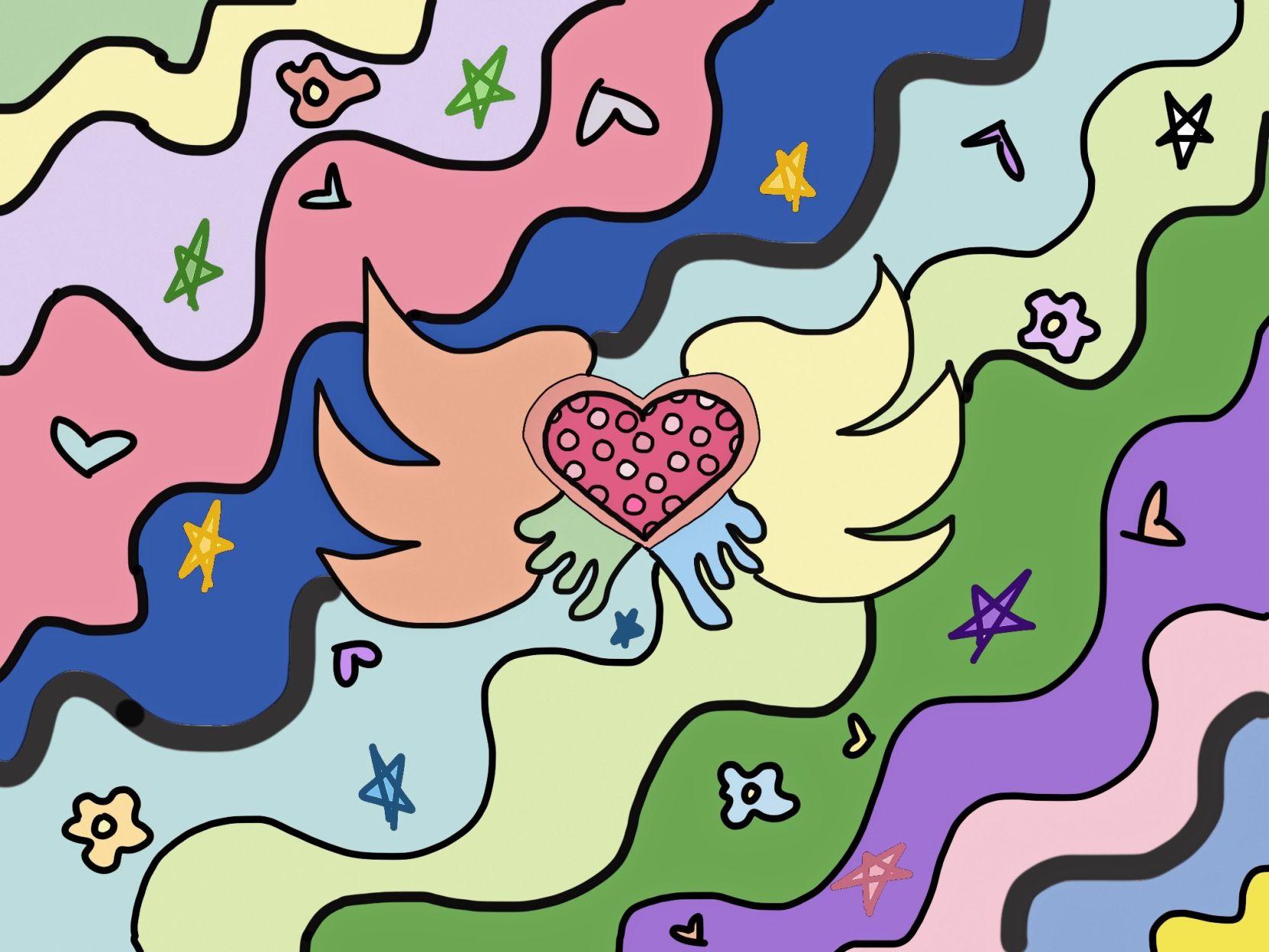 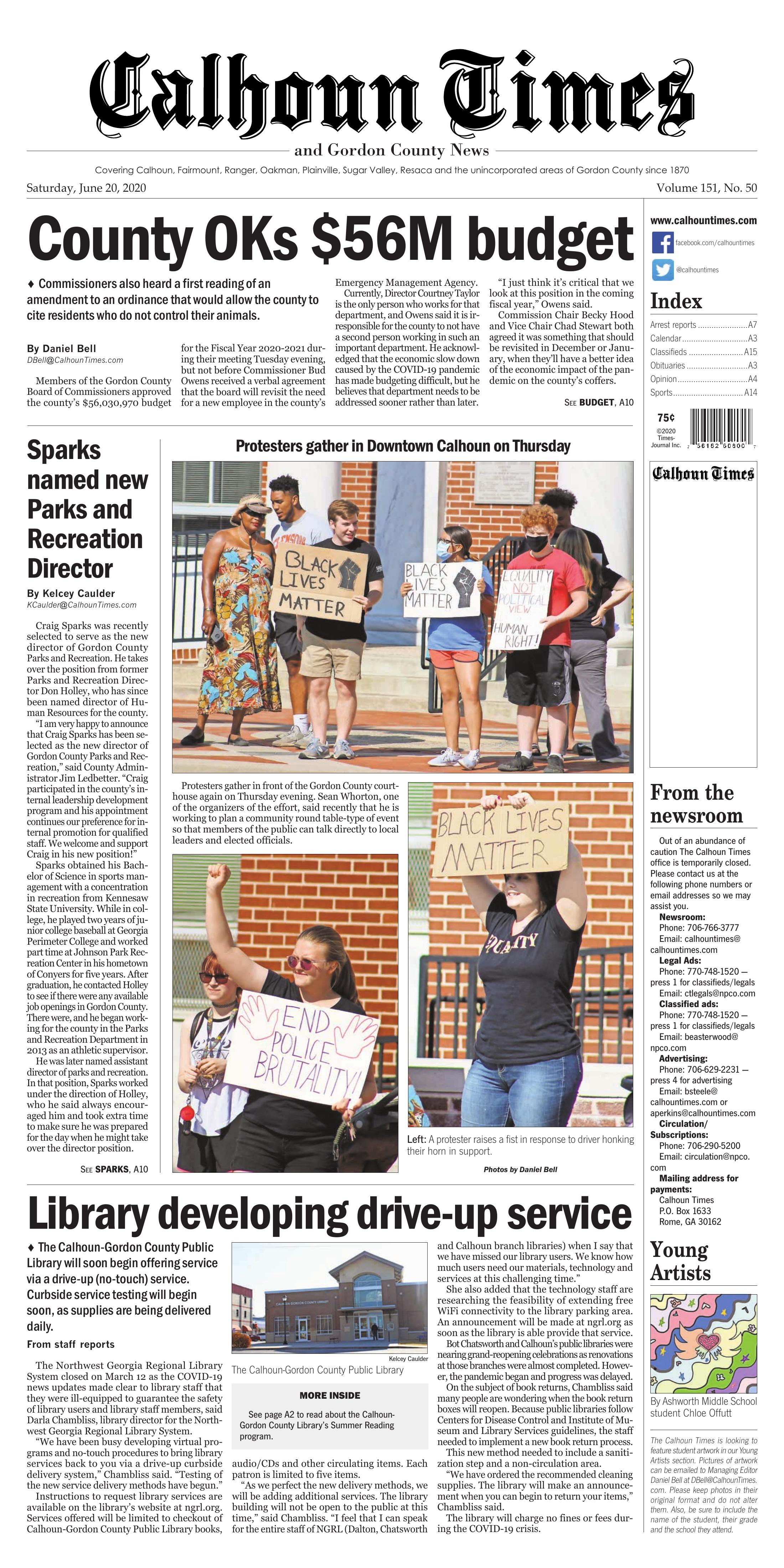