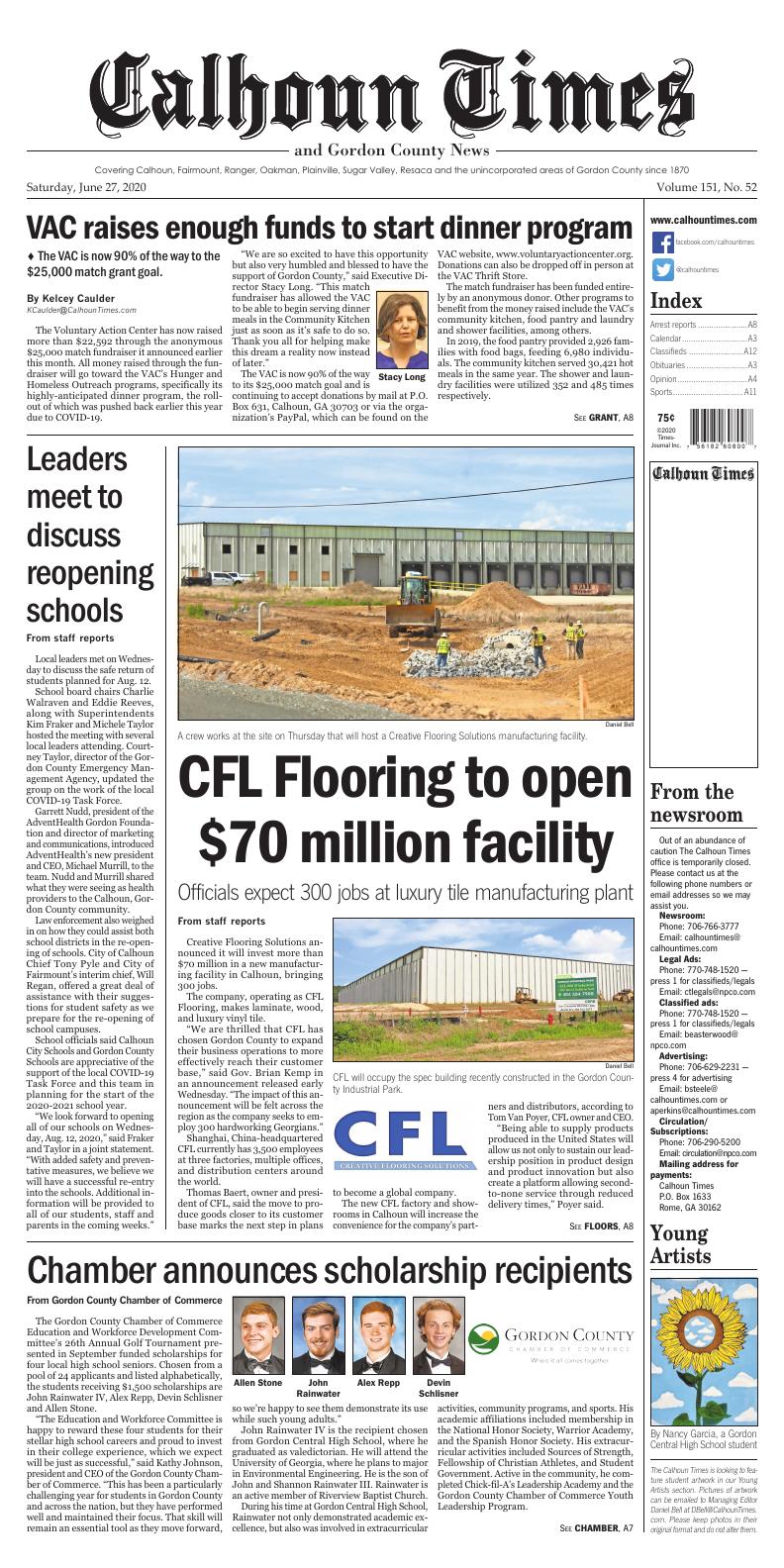 The Voluntary Action Center has now raised more than $22,592 through the anonymous $25,000 match fundraiser it announced earlier this month. All money raised through the fundraiser will go toward the VAC’s Hunger and Homeless Outreach programs, specifically its highly-anticipated dinner program, the roll-out of which was pushed back earlier this year due to COVID-19.

“We are so excited to have this opportunity but also very humbled and blessed to have the support of Gordon County,” said Executive Director Stacy Long. “This match fundraiser has allowed the VAC to be able to begin serving dinner meals in the Community Kitchen just as soon as it’s safe to do so. Thank you all for helping make this dream a reality now instead of later.”

The VAC is now 90% of the way to its $25,000 match goal and is continuing to accept donations by mail at P.O. Box 631, Calhoun, GA 30703 or via the organization’s PayPal, which can be found on the VAC website, www.voluntaryactioncenter.org. Donations can also be dropped off in person at the VAC Thrift Store.

The match fundraiser has been funded entirely by an anonymous donor. Other programs to benefit from the money raised include the VAC’s community kitchen, food pantry and laundry and shower facilities, among others.

In 2019, the food pantry provided 2,926 families with food bags, feeding 6,980 individuals. The community kitchen served 30,421 hot meals in the same year. The shower and laundry facilities were utilized 352 and 485 times respectively.

Long said that the center lost $16,000 in revenue from March 13 to May 4 due to the COVID-19 pandemic-related closure of its thrift store.

She is hopeful that these funds donated from the community and matched by their donor can offset some of those losses and allow the VAC’s usual programs to continue uninterrupted.

“There is so much uncertainty not just in the economy right now but also in the lives of the people we serve,” Long said. “We are looking forward to September and some of the later months of the year and what we are worried about is what happens when benefits run out and folks, especially those who have been sick, are faced with new bills. We expect that we’re going to be hit hard, so we are thankful for this opportunity.”

The store is open for business Monday through Saturday from 9 a.m. until 4:30 p.m.

The Voluntary Action Center is located at 343 S. Wall St. in Calhoun.

A crew works at the site on Thursday that will host a Creative Flooring Solutions manufacturing facility.

The property lies off of U.S. 41, just north of Trimble Hollow Road Southeast.

Creative Flooring Solutions announced it will invest more than $70 million in a new manufacturing facility in Calhoun, bringing 300 jobs.

“We are thrilled that CFL has chosen Gordon County to expand their business operations to more effectively reach their customer base,” said Gov. Brian Kemp in an announcement released early Wednesday. “The impact of this announcement will be felt across the region as the company seeks to employ 300 hardworking Georgians.”

Thomas Baert, owner and president of CFL, said the move to produce goods closer to its customer base marks the next step in plans to become a global company.

The new CFL factory and showrooms in Calhoun will increase the convenience for the company’s partners and distributors, according to Tom Van Poyer, CFL owner and CEO.

“Being able to supply products produced in the United States will allow us not only to sustain our leadership position in product design and product innovation but also create a platform allowing second-to-none service through reduced delivery times,” Poyer said.

CFL will be located at a newly constructed 252,000-square-foot facility at 3576 Highway 41 in Calhoun, with plans to build another 250,000 square feet in the near future.

The building is in a privately developed industrial area just north of Adairsville.

The company will be the anchor tenant in the newly developed Gordon County Industrial Park, according to Larry Roye, who chairs the Development Authority of Gordon County.

“CFL will be a strong asset to our community’s industrial base, and we are proud that this company has chosen to expand their global footprint in Calhoun and Gordon County,” said Kathy Johnson, the authority’s president and CEO.

“Thanks to our logistics network and workforce, Georgia’s manufacturing sector is thriving as we continue to attract leaders in the flooring industry to the state,” said GDEcD Commissioner Pat Wilson.

New jobs will include positions in management; professional, skilled craftsmen; operators; and laborers. Additional information regarding job inquiries can be directed to jobsUSA@cflflooring.com.

“The Education and Workforce Committee is happy to reward these four students for their stellar high school careers and proud to invest in their college experience, which we expect will be just as successful,” said Kathy Johnson, president and CEO of the Gordon County Chamber of Commerce. “This has been a particularly challenging year for students in Gordon County and across the nation, but they have performed well and maintained their focus. That skill will remain an essential tool as they move forward, so we’re happy to see them demonstrate its use while such young adults.”

John Rainwater IV is the recipient chosen from Gordon Central High School, where he graduated as valedictorian. He will attend the University of Georgia, where he plans to major in Environmental Engineering. He is the son of John and Shannon Rainwater III. Rainwater is an active member of Riverview Baptist Church.

During his time at Gordon Central High School, Rainwater not only demonstrated academic excellence, but also was involved in extracurricular activities, community programs, and sports. His academic affiliations included membership in the National Honor Society, Warrior Academy, and the Spanish Honor Society. His extracurricular activities included Sources of Strength, Fellowship of Christian Athletes, and Student Government. Active in the community, he completed Chick-fil-A’s Leadership Academy and the Gordon County Chamber of Commerce Youth Leadership Program.

Rainwater is a talented athlete, having played football and soccer all four years of his school career and serving as team captain for each. He was named the football team’s most valuable player, received an All-State honorable mention in 2019, and was named Gordon Central’s Wendy’s High School Heisman Winner.

Alex Repp is the recipient chosen from Calhoun High School, where he graduated third in his class. He will attend the Georgia Institute of Technology, where he plans to major in Biomedical Engineering. He is the son of David and Jill Repp. Repp is an active member of Calhoun First Baptist Church.

Repp was named an Advanced Placement Scholar with Distinction, completed the President’s Student Service Challenge, received a Georgia Certificate of Merit, and was a state semi-finalist in the Georgia Governor’s Honors Program. He received a Distinguished Academic Achievement Award for being in the top five of his graduating class, was named an Outstanding Student in Computer Science, and won first place at school and region levels in the Georgia Educational Student Technology Competition. Repp also lettered as a member of the Men’s Varsity Golf Team.

Devin Schlisner was chosen as the scholarship recipient from Georgia Cumberland Academy, where he graduated with a nearly perfect grade point average. He plans to attend Union College, major in Mathematics and have a career as an Actuary. He is the son of Chad and Tina Schlisner.

While a student at Georgia Cumberland Academy, Schlisner served as Freshman Class Pastor, Sophomore and Junior Class President, and Student Association President. He accomplished these achievements while working part-time in several service positions, which is part of the campus tradition at Georgia Cumberland Academy. Those positions included office work, groundskeeping, and assignments as Camp Counselor and Camp Lifeguard.

Allen Stone is the recipient chosen from Sonoraville High School, where he graduated with an impressive grade point average and was at the top of his class. He will attend Emmanuel College, where he plans to major in Math Education and then pursue a career as a math teacher. He is the son of Shawn and Susan Stone.

While at Sonoraville High School, Stone was active in student leadership. He was involved in the Student Government Association all four years and served as the 2019-2020 Student Body President. A talented athlete, he was a member of the wrestling team each year and served as team captain his senior year. In 2020, he was named the FCA Wrestler of the Year at Sonoraville. Stone has shared his talents by serving as a youth wrestling coach for Special Olympics and has been active in many student government activities.

These four students were chosen by a subcommittee of the Education and Workforce Development Committee using a standardized rubric to ensure fairness. While the committee hopes that students will return to Calhoun-Gordon County and build their lives and careers in this community, their primary intention is to support them as they pursue quality educations and accomplish their full potential.

Kim Fraker, superintendent of Gordon County Schools, and board chair Charlie Walraven sit apart during a meeting of local leaders on Wednesday.

Local leaders met on Wednesday to discuss the safe return of students planned for Aug. 12.

School board chairs Charlie Walraven and Eddie Reeves, along with Superintendents Kim Fraker and Michele Taylor hosted the meeting with several local leaders attending. Courtney Taylor, director of the Gordon County Emergency Management Agency, updated the group on the work of the local COVID-19 Task Force.

Garrett Nudd, president of the AdventHealth Gordon Foundation and director of marketing and communications, introduced AdventHealth’s new president and CEO, Michael Murrill, to the team. Nudd and Murrill shared what they were seeing as health providers to the Calhoun, Gordon County community.

School officials said Calhoun City Schools and Gordon County Schools are appreciative of the support of the local COVID-19 Task Force and this team in planning for the start of the 2020-2021 school year.

“We look forward to opening all of our schools on Wednesday, Aug. 12, 2020,” said Fraker and Taylor in a joint statement. “With added safety and preventative measures, we believe we will have a successful re-entry into the schools. Additional information will be provided to all of our students, staff and parents in the coming weeks.” 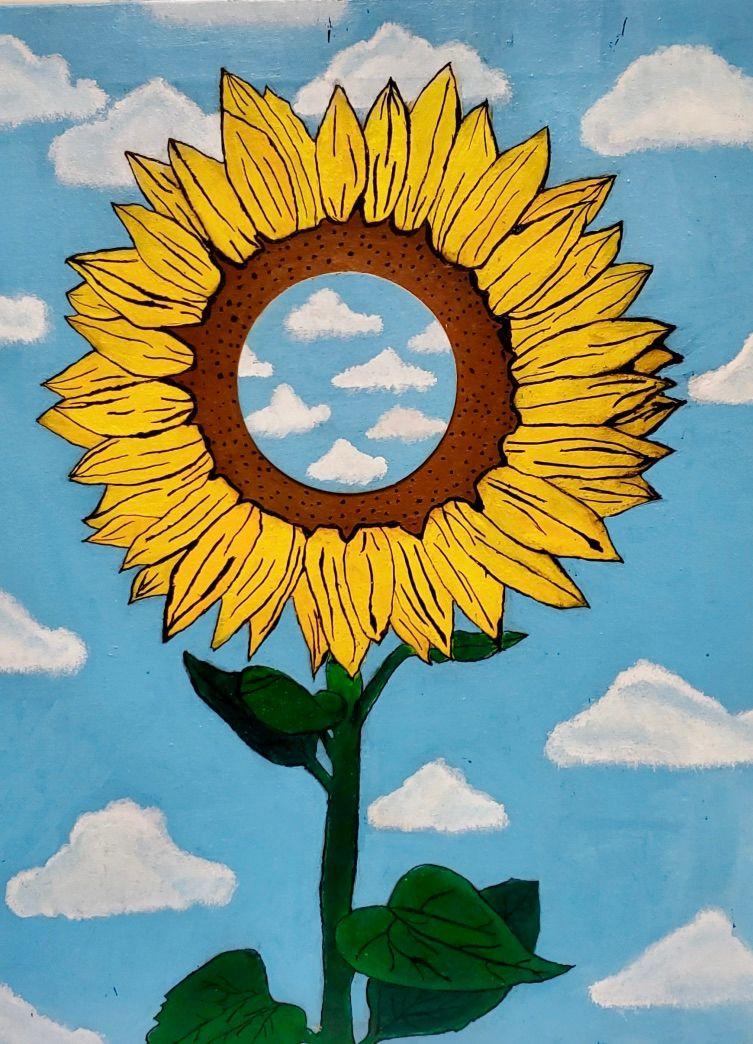 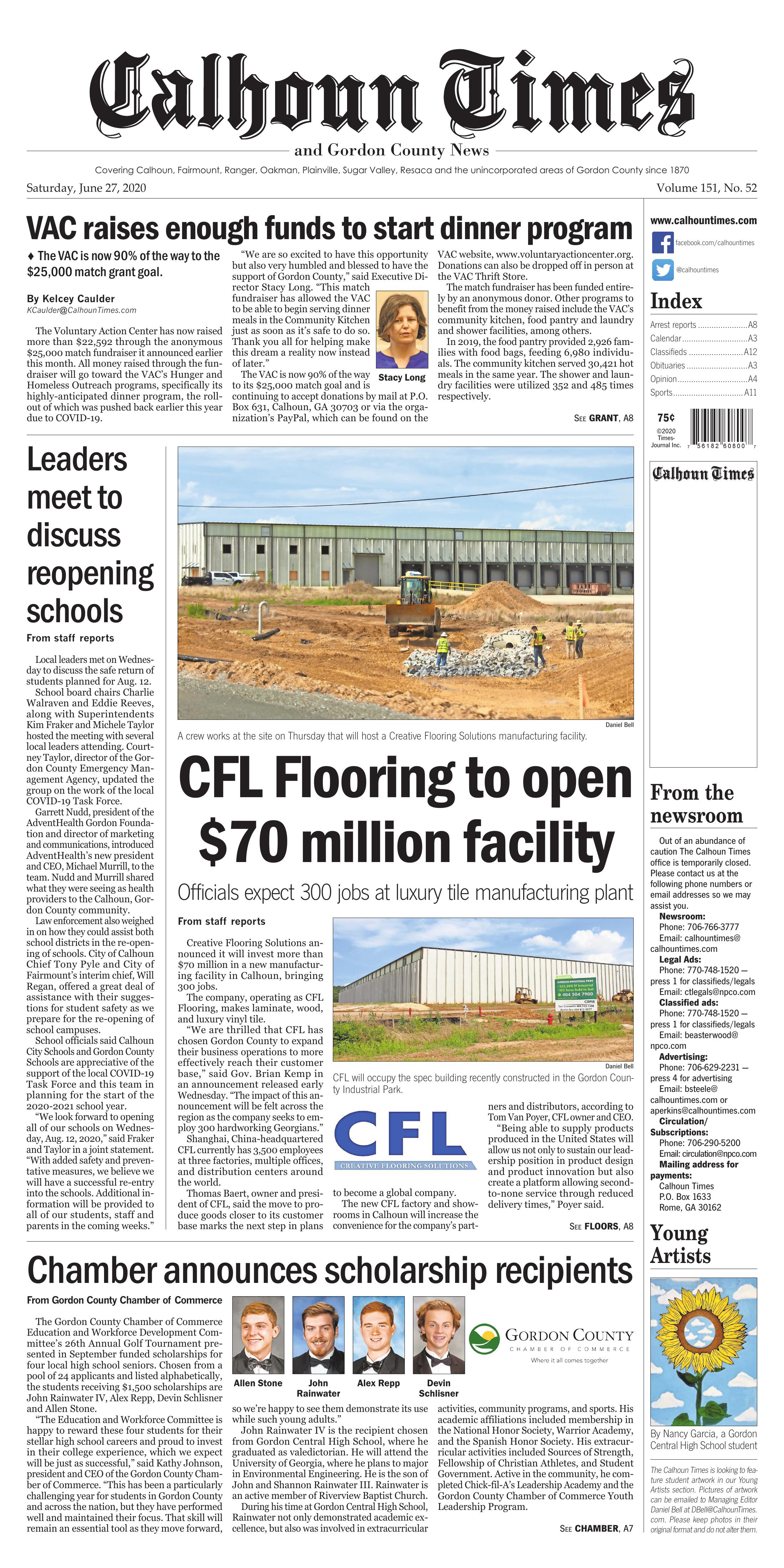