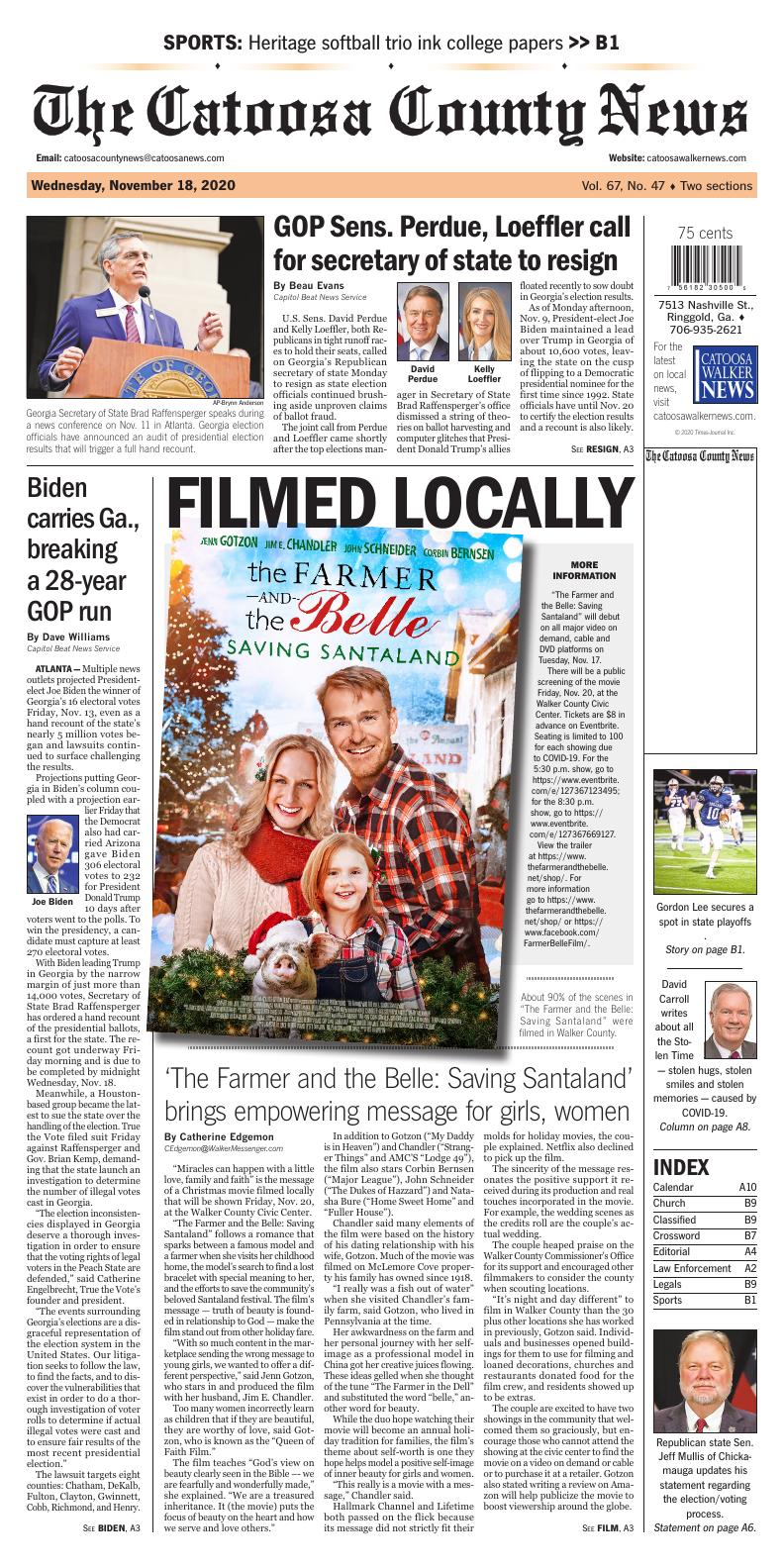 Georgia Secretary of State Brad Raffensperger speaks during a news conference on Wednesday, Nov. 11, 2020, in Atlanta. Georgia election officials have announced an audit of presidential election results that will trigger a full hand recount.

The joint call from Perdue and Loeffler came shortly after the top elections manager in Secretary of State Brad Raffensperger’s office dismissed a string of theories on ballot harvesting and computer glitches that President Donald Trump’s allies floated recently to sow doubt in Georgia’s election results.

As of Monday afternoon, Nov. 9, President-elect Joe Biden maintained a lead over Trump in Georgia of about 10,600 votes, leaving the state on the cusp of flipping to a Democratic presidential nominee for the first time since 1992. State officials have until Nov. 20 to certify the election results and a recount is also likely.

In a joint statement, Perdue and Loeffler called Raffensperger’s management of the election “an embarrassment” that lacked “transparency and uniformity in the counting process.” Without citing any evidence of fraud or improper ballot counting, the two senators pressed Raffensperger to resign.

“We believe when there are failures, they need to be called out – even when it’s in your own party,” Perdue and Loeffler’s statement read. “There have been too many failures in Georgia elections this year and the most recent election has shined a national light on the problems.”

In a long response statement, Raffensperger said he understood “emotions are running high” but that Georgia’s elections had run smoothly despite slow results and issues in some counties. He called the senators’ claims on transparency “laughable” and said if any illegal votes were found in the coming weeks, they would not likely change the election results.

“As a Republican, I am concerned about Republicans keeping the U.S. Senate,” Raffensperger said. “I recommend that Senators Loeffler and Perdue state focusing on that.”

Earlier on Monday, Nov. 9, the state’s election system manager, Gabriel Sterling, during a news conference debunked claims of ballot harvesting or ballot tampering with specific explanations for how some temporary counting discrepancies resulted from human error, not software glitches or partisan sabotage.

Sterling, who is a Republican, has held multiple news conferences – often twice a day – since the Nov. 3 election to update the public on the ballot-counting process in Georgia and to outline details of issues seen in some counties, which he said were expected in a high-turnout election and quickly fixed.

“The facts are the facts, regardless of outcomes,” Sterling said Monday, Nov. 9. “In Georgia, we had an actual, accurate outcome.”

Sterling acknowledged that investigators may uncover double-votes or other illegally cast ballots in the coming days as an audit of the results kicks off Wednesday – though it’s unlikely investigators would turn up enough improper ballots for Trump to bridge Biden’s lead, he said.

“Our job is to get it right for the voters and the people of Georgia, and for the people of the United States, to make sure the outcomes of this election are correct and trustworthy,” Sterling said. “And at the end of the day, no matter which side of the aisle you’re on, no matter which candidate you supported, you can have trust and believe in the outcome of these things.”

Lt. Gov. Geoff Duncan, a Republican, also said Monday morning, Nov. 9, on CNN that Georgia officials “have not had any sort of credible incidents raised to our level yet” regarding voter fraud or improper ballot counting.

The runoff races between Perdue and Democratic nominee Jon Ossoff, and between Loeffler and Democrat Rev. Raphael Warnock, have already thrust Georgia into the national political spotlight with control of the U.S. Senate potentially hanging in the balance.

Wins for both Ossoff and Warnock in the Jan. 5 runoffs would likely tip the U.S. Senate in the Democrats’ favor along with control of the U.S. House and the presidency, clearing the way for Biden and Democratic lawmakers to enact their priorities with little resistance for at least the next two years.

Republican and Democratic leaders across the country are poised to pull out all the stops in Georgia with huge campaign donations and high-profile backers expected to arrive in the coming weeks.

While Democrats aim to build on momentum that appears to have swung the state for Biden, many Republican leaders have homed in on the integrity of the election to cast doubt on the overall ballot-counting process in Georgia and other states with tight races.

Notably, outgoing U.S. Rep. Doug Collins has signed on to lead the Trump campaign’s push for a recount, which can legally be requested since the vote margin between Trump and Biden in Georgia stands at less than 0.5%.

Collins, who finished third and out of the running for the January runoff against Loeffler, said in a statement Monday, Nov. 9, he feels “confident” his team will discover ballot harvesting and other issues in Georgia’s election but did not provide any evidence for why he feels that way.

Trump also took to Twitter shortly after Perdue and Loeffler’s joint statement Monday afternoon to claim he will win Georgia’s 16 electoral votes, despite the fact he is losing in the state.

About 90% of the scenes in “The Farmer and the Belle: Saving Santaland” were filmed in Walker County. The movie is available on demand today, and will be shown on Nov. 20 at the Walker county Civic Center.

“Miracles can happen with a little love, family and faith” is the message of a Christmas movie filmed locally that will be shown Friday, Nov. 20, at the Walker County Civic Center.

“The Farmer and the Belle: Saving Santaland” follows a romance that sparks between a famous model and a farmer when she visits her childhood home, the model’s search to find a lost bracelet with special meaning to her, and the efforts to save the community’s beloved Santaland festival. The film’s message — truth of beauty is founded in relationship to God — make the film stand out from other holiday fare.

“With so much content in the marketplace sending the wrong message to young girls, we wanted to offer a different perspective,” said Jenn Gotzon, who stars in and produced the film with her husband, Jim E. Chandler.

Too many women incorrectly learn as children that if they are beautiful, they are worthy of love, said Gotzon, who is known as the “Queen of Faith Film.”

The film teaches “God’s view on beauty clearly seen in the Bible — we are fearfully and wonderfully made,” she explained. “We are a treasured inheritance. It (the movie) puts the focus of beauty on the heart and how we serve and love others.”

In addition to Gotzon (“My Daddy is in Heaven”) and Chandler (“Stranger Things” and AMC’S “Lodge 49”), the film also stars Corbin Bernsen (“Major League”), John Schneider (“The Dukes of Hazzard”) and Natasha Bure (“Home Sweet Home” and “Fuller House”).

Chandler said many elements of the film were based on the history of his dating relationship with his wife, Gotzon. Much of the movie was filmed on McLemore Cove property his family has owned since 1918.

“I really was a fish out of water” when she visited Chandler’s family farm, said Gotzon, who lived in Pennsylvania at the time.

Her awkwardness on the farm and her personal journey with her self-image as a professional model in China got her creative juices flowing. These ideas gelled when she thought of the tune “The Farmer in the Dell” and substituted the word “belle,” another word for beauty.

While the duo hope watching their movie will become an annual holiday tradition for families, the film’s theme about self-worth is one they hope helps model a positive self-image of inner beauty for girls and women.

“This really is a movie with a message,” Chandler said.

Hallmark Channel and Lifetime both passed on the flick because its message did not strictly fit their molds for holiday movies, the couple explained. Netflix also declined to pick up the film.

The sincerity of the message resonates the positive support it received during its production and real touches incorporated in the movie. For example, the wedding scenes as the credits roll are the couple’s actual wedding.

The couple heaped praise on the Walker County Commissioner’s Office for its support and encouraged other filmmakers to consider the county when scouting locations.

“It’s night and day different” to film in Walker County than the 30 plus other locations she has worked in previously, Gotzon said. Individuals and businesses opened buildings for them to use for filming and loaned decorations, churches and restaurants donated food for the film crew, and residents showed up to be extras.

The couple are excited to have two showings in the community that welcomed them so graciously, but encourage those who cannot attend the showing at the civic center to find the movie on a video on demand or cable or to purchase it at a retailer. Gotzon also stated writing a review on Amazon will help publicize the movie to boost viewership around the globe.

Distributed by Vision Films, Inc., Mill Creek Entertainment and produced by Idealist-Gotzon Films in association with 2 Actors Productions, the film also takes its message beyond the screen with three products that support the message, which will also be available on QVC on Nov. 17: a bracelet with charms containing statements about the true nature of beauty, a 30-day devotional and study “Divine Beauty: Becoming Beautiful Based on God’s Truth” by Gotzon and Michelle Cox with online video Bible studies available, one for women, one for teens; and the children’s book “Beautiful Mable” by Mike Nawrocki, a co-creator of VeggieTales and illustrated by Sara Jo Floyd.

"The Farmer and the Belle: Saving Santaland" will debut on all major video on demand, cable and DVD platforms on Tuesday, Nov. 17.

Projections putting Georgia in Biden’s column coupled with a projection earlier Friday that the Democrat also had carried Arizona gave Biden 306 electoral votes to 232 for President Donald Trump 10 days after voters went to the polls. To win the presidency, a candidate must capture at least 270 electoral votes.

With Biden leading Trump in Georgia by the narrow margin of just more than 14,000 votes, Secretary of State Brad Raffensperger has ordered a hand recount of the presidential ballots, a first for the state. The recount got underway Friday morning and is due to be completed by midnight Wednesday, Nov. 18.

Meanwhile, a Houston-based group became the latest to sue the state over the handling of the election. True the Vote filed suit Friday against Raffensperger and Gov. Brian Kemp, demanding that the state launch an investigation to determine the number of illegal votes cast in Georgia.

“The election inconsistencies displayed in Georgia deserve a thorough investigation in order to ensure that the voting rights of legal voters in the Peach State are defended,” said Catherine Engelbrecht, True the Vote’s founder and president.

“The events surrounding Georgia’s elections are a disgraceful representation of the election system in the United States. Our litigation seeks to follow the law, to find the facts, and to discover the vulnerabilities that exist in order to do a thorough investigation of voter rolls to determine if actual illegal votes were cast and to ensure fair results of the most recent presidential election.”

The secretary of state said he would not step down and has defended Georgia’s elections process in repeated news conferences updating the public on the progress of the ballot counting.

Biden is the first Democratic presidential candidate to carry Georgia since Bill Clinton in 1992. Republicans carried the Peach State in the last six presidential contests.

Biden’s 306 electoral votes are the same number Trump piled up in winning the presidency over Democrat Hillary Clinton four years ago. 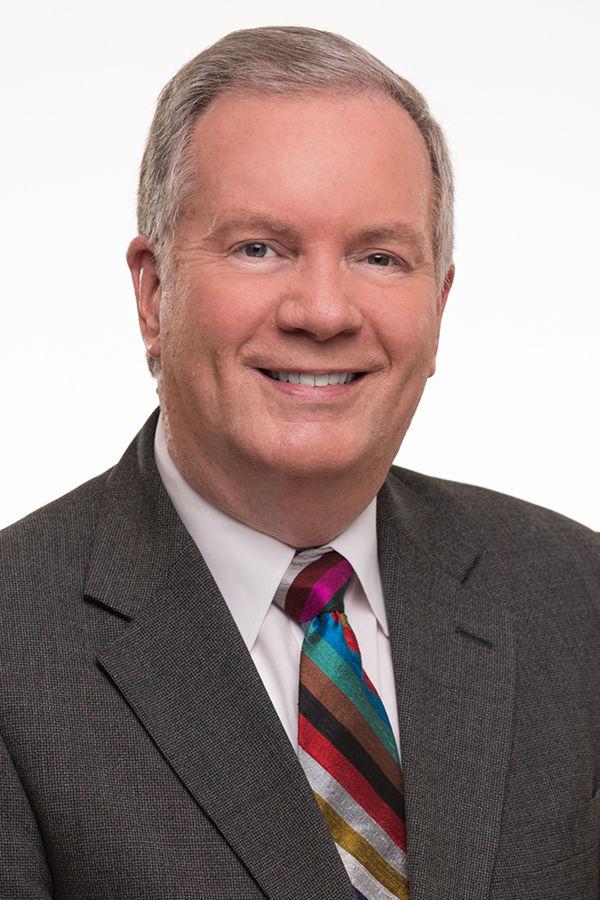 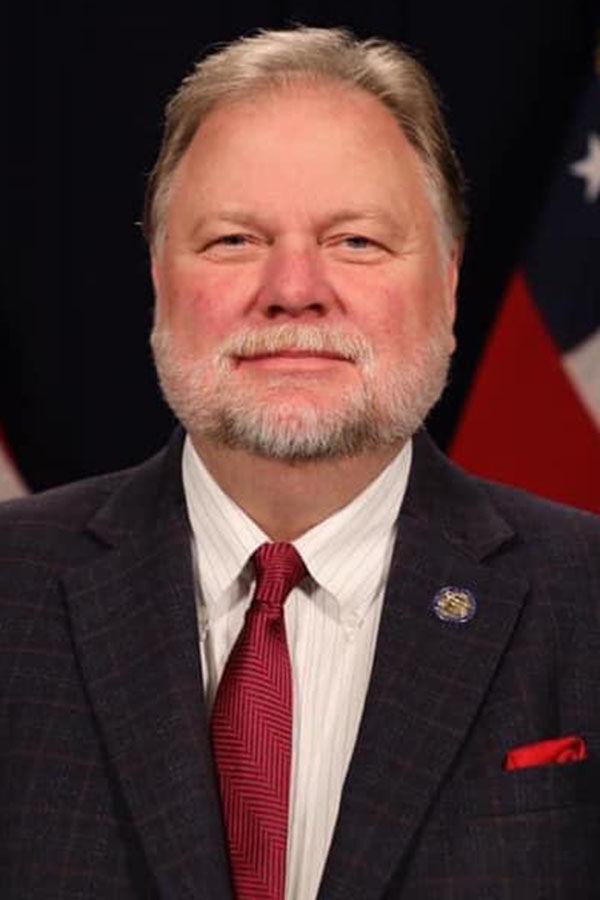 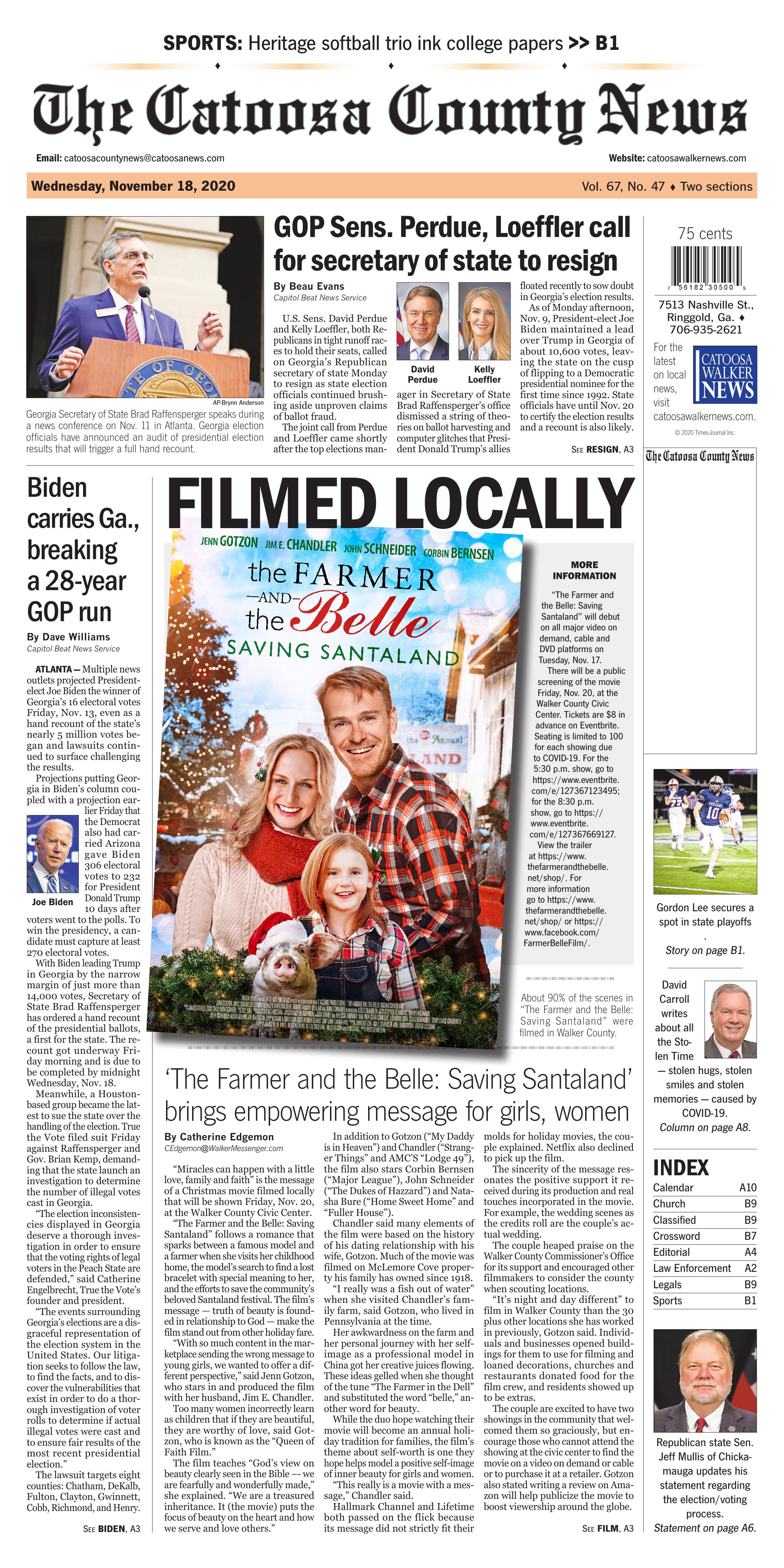