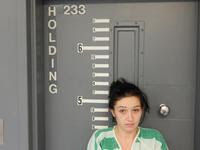 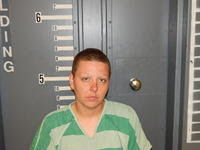 Two Alabama women were arrested Thursday after fleeing police and knocking one Cherokee County deputy to the ground.

On April 21, 2016, following a pursuit Deputy Daniel Money stopped to assist what appeared to be stranded motorists on County Road 20 in the Pollard’s Bend community.

However, when Deputy Money began speaking with the occupants, the driver hit the deputy with the vehicle door, knocking him to the ground and fled the scene. Deputy Money pursued the suspects into Etowah County and eventually back into Cherokee County, heading toward Centre.

Centre Police officers quickly responded to the area and deployed stop sticks onto the roadway, which disabled the suspect's vehicle. Officers learned the vehicle had been reported stolen from Anniston.

Deputies arrested Chelsie Hope Taylor, 23, of Piedmont, and Carissa Hope Curvin, 24, of Jacksonville, and transported both to the Cherokee County Detention Center.

US jobless claims tick up to 745,000 as layoffs remain high

Human smuggling suspected in crash that killed 13 in Imperial County

Near Facebook headquarters, a fire-prone homeless camp is dismantled, and springs back