Puckett EMS has provided ambulance service for Walker County for the last 4-1/2 years. 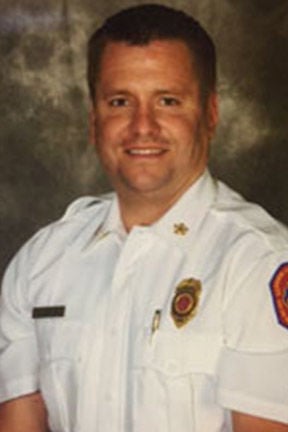 Commissioner Shannon Whitfield, during his Sept. 24 meeting, accepted a proposal from CHI Memorial Hospital EMS to provide emergency and non-emergency ambulance service for the county effective Feb. 1, 2021, at 7 a.m., pending execution of a contract containing the terms outlined in the request for proposals.

“I want to be clear that this is in no way happening because of any kind of breach of contract of the current contract. There has been a professional service provided by (current ambulance contractor) Puckett EMS over the last 4-1/2 years, but, as you mentioned, we have to do our due diligence for the citizens,” Walker County Fire Rescue Chief Blake Hodge said following Whitfield’s announcement.

The county received five proposals to provide ambulance service under a four-year contract. CHI Memorial proposed a front-loaded contract, requesting $1 million up front to purchase the equipment the county requires.

“CHI Memorial submitted the most appropriate/reasonable subsidy of all contractors,” Hodge wrote in a memorandum recommending CHI Memorial for the contract, adding that the subsidy requested matches what the county currently pays per year while adding a fifth ambulance and a 24 hour-per-day shift supervisor.

Hodge’s memo noted CHI Memorial has more than 32 years of experience in emergency medical service delivery, including 911 experience, as well as operates two health care clinics in Walker County and a hospital in Fort Oglethorpe.

Hodge characterized the business as hospital-based service and pointed out its “competitive charges for service,” including a 61.4% discount for uninsured, self-pay transports.

“CHI Memorial is vested in our community, and I feel this provides the foundation for successful pre-hospital service delivery to Walker County citizens and traveling public,” Hodge wrote.

Whitfield, when opening the bids Aug. 31, explained that about five years ago then-Commissioner Bebe Heiskell ended the county’s ambulance service, sold the assets for it and sought an ambulance provider for five years. She contracted with Puckett EMS for five years with a $250,000 annual subsidy.

Whitfield said the county requested proposals increasing the number of ambulances available for 24-hour service from four to five to keep pace with the county’s growth and increasing call volume.

Shawn Lawler, during the commissioner’s meeting, asked the commissioner how the $1 million would be funded, sharing his concerns that there would not a funding debacle like the debt the county incurred to support Hutcheson Medical Center.

Erlanger Health System loaned Hutcheson Medical Center $20 million in April 2011; Walker and Catoosa counties each backed half of the loan.

Walker County instituted a public health facilities fee, which was tacked on to property tax bills, to repay the debt. The loan has been repaid, and Whitfield removed the fee from tax bills last year.

The $1 million will be taken from the current fiscal year budget — something the county can afford to do now but could not have a few years ago, Whitfield said.

The Latest: Trump supporters delayed in the cold after rally

US stocks tumble with markets around world on virus worries

The Latest: Giroir: Cases, hospitalizations, deaths up in US

Germany, France gear up for new lockdowns as virus surges

Trump vs. Obama: Who has the better record on the US economy?