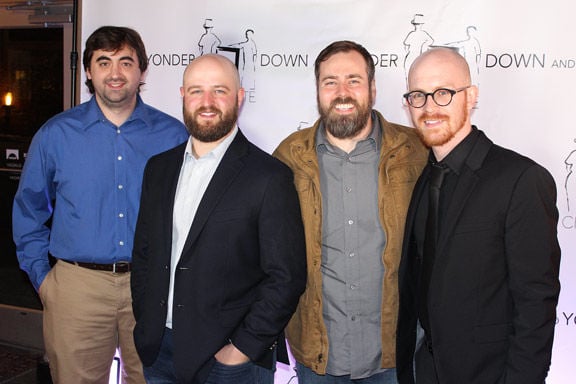 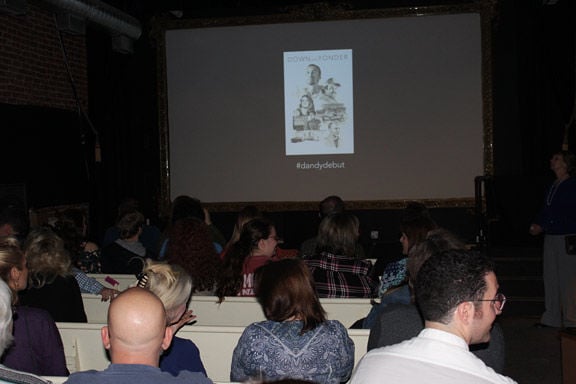 The journey from words on a page to feature film became a triumphant one Saturday night, March 3, as a group of Walker County natives were able to share the world premiere of their movie with the community.

A few years after banding together to create the Atlanta-based Cindicate Productions, Ridgeland High School grads Christopher Flippo, Geoff James, and Benson Greene were all smiles on March 3 at Chattanooga's Palace Theatre as dozens of people strolled through the doors to view the company's long-awaited movie, "Down and Yonder".

"I truly believe there are only a handful of places in the world where something like this could have been possible," said Flippo, the film's writer/director.

The film, a feature based on characters from the group's popular short film, "The Future West," is about two friends who navigate their own coming of age in their late 20s.

Fundraising for the film began in 2014, and the crew was finally able to live their dream during the summer of 2015, when they spent nine days filming the story in the North Georgia area.

In addition to funding of the film through an IndieGogo project, the team relied heavily on local actors, and the donation of time, food, and locations from local businesses, all of which contributed to the production's overall sense of community.

The next screening for the film is slated to take place Saturday night, March 24, at the Dalton Little Theatre in Dalton, Ga. More information about the film and future screenings can be found at the company's website, cindicateproductions.com.

"The generosity of the LaFayette, Rossville, Chattanooga, Chickamauga and Dalton areas is certainly not lost on us," Flippo said. "Being able to make a film is just a wonderful gift and we are thankful for that. I hope you enjoy tonight not just because of the film, but also because we're all under one roof, and that's something special. Let's make tonight a celebration of the community and each other, and celebrate the fact that we're all here together."

The film pulled the audience in from the first frame, and concluded with a standing ovation as the end credits rolled.

Producer Geoff James, who also stars as one of the leads in the film, says the whole night was something he'll never forget.

"It felt like a long time, but it was absolutely magical to have that opening night experience with everyone," James said. "It was something special that will be hard to ever compare anything else to."

James says the magnitude of the experience really didn't start getting to him until right before the premiere.

"It's funny because I didn't really have butterflies until I was a few feet from the building at around 7 p.m. and then they hit me like a ton of bricks," James said. "When people started filing into the theater I just felt like they were seeing another movie or something. Then, when I sat down and Flippo gave his touching speech about community, it really hit me that we were finally getting to show our little movie to the people that made it happen."

The response from the audience was overwhelmingly supportive, as the story revealed touching, thought-provoking moments, as well as plenty of comedy.

"The feedback was great," James said. "A lot of people said they were surprised how much they liked it, which is always great to hear. I think a lot of people were shocked by how the film looked and the amount of laughs we had in the film."

No matter the film's success moving forward, James says the biggest takeaway from the experience is that he and his friends were able to work on something special with some great people, and that the community really supported their passion for making the film.

"At the beginning, it just felt impossible and that 'Down and Yonder' was something that had so many obstacles, that it would be a miracle for it to happen," James said. "Then, miracles did happen. We got our amazing producer/First AD Jamie Davenport involved, family backed us big time, and then our community showed so much support that they made this thing that seemed impossible very possible. I can't stop thinking about how many people believed in us and did so much to make it happen. It hit me in that theatre Saturday, and I'm still smiling in disbelief that we were able to do this."

Jill Biden sees teachable moment in the depths of a pandemic