Arnashia McCain uses her phone to copy phone numbers posted on the locked doors of a Georgia Department of Labor office May 7 in Norcross. McCain, who said she drives for Lyft and had her hours cut in her job in retail, had been unable check on the status of her unemployment claim. 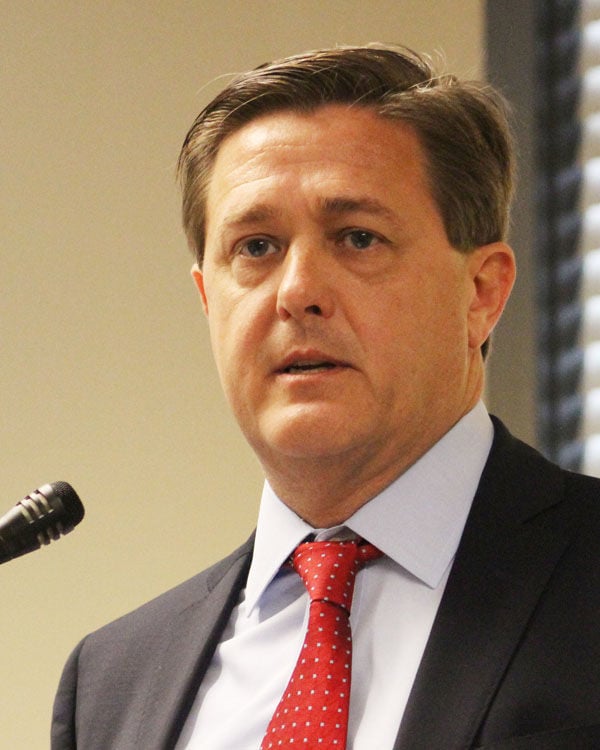 Meanwhile, the unemployment rate fell in all of Georgia’s Metropolitan Statistical Areas (MSAs) and regions. Statewide, joblessness in May declined to 9.7%.

“These positive indicators are promising for Georgia’s job market,” state Commissioner of Labor Mark Butler said. “I believe we are beginning to stabilize our economy, allowing Georgians to again focus on employment and spending.”

As the economic downturn deepened, the labor department processed more than 2.7 million initial unemployment claims during a 14-week period beginning in mid-March, more than during the last seven years combined. More than 1 million were determined to be valid, and 91% of those claims have been paid.

Since mid-March, the most initial claims by far – 677,982 — have come from the accommodation and food services job sector. The health and social assistance sector has accounted for 322,892 claims, followed closely by retail trade with 308,934 claims.

The labor department has paid out more than $6.9 billion in state and federal unemployment benefits during those 14 weeks.

More than 101,000 jobs are listed online at EmployGeorgia.com for Georgians to access. The labor agency offers online resources for finding a job, building a resume and assisting with other re-employment needs.