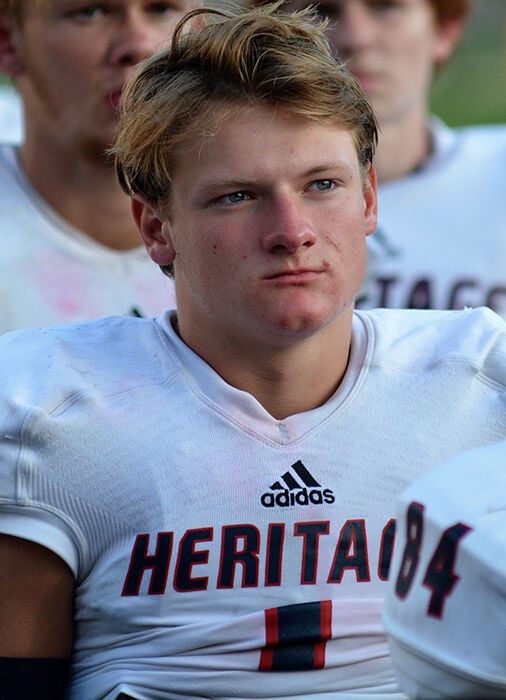 Heritage's Jackson Martin was named as the FCA Christian Athlete of the Year Award for the Northwest Georgia area. He is the first Heritage student-athlete to ever receive the honor. 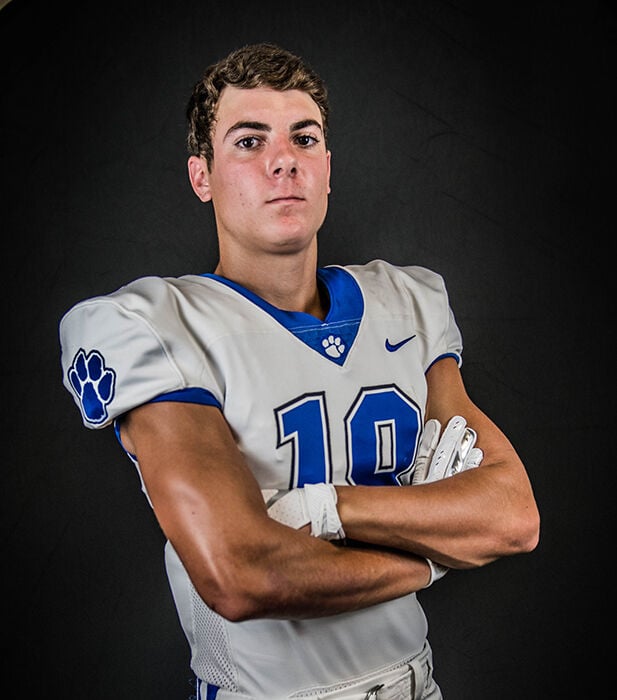 Ringgold's Sam Garrard was named as runner-up for the FCA Christian Athlete of the Year Award for the Northwest Georgia area.

Heritage's Jackson Martin was named as the FCA Christian Athlete of the Year Award for the Northwest Georgia area. He is the first Heritage student-athlete to ever receive the honor.

Ringgold's Sam Garrard was named as runner-up for the FCA Christian Athlete of the Year Award for the Northwest Georgia area.

A little history was made on May 18 when Jackson Martin became the first-ever Heritage High School student-athlete named as the Northwest Georgia Fellowship of Christian Athletes Christian Athlete of the Year.

Martin was named the 2020 winner during a live video ceremony, moderated by Lookout Mountain FCA Director Greg Spradlin. Martin was one of seven student-athletes up for the award, representing the Lookout Mountain FCA’s four-county area. The seven candidates were all interviewed by a panel of three judges.

All of the finalists participated in the video meeting, along with their families. Spradlin said he hopes the organization will be able to have a live reception for the student-athletes later this summer.

“We want to encourage you as you go forward to keep the faith that’s got you to where you are today,” he later added. “Don’t forget the people that are behind you there (on screen). They’ve been the wind beneath your wings that have carried you and they will continue to carry you.”

Martin, a future Carson-Newman football player, said winning the award meant “everything”. He added that it was an honor just to be named the FCA Christian Athlete of the Year from own his school, which includes some 1,600 students.

Martin, who also ran track for the Generals, has been active in FCA since middle school and served as a captain this year.

As the winner, Martin was awarded a $1,000 scholarship and the organization’s Leadership Award, named for Dicky Clark.

Clark was an All-State quarterback at Rossville High School who went on to play at the University of Georgia. He switched to defensive end starting his sophomore year and was eventually named All-SEC as part of the original “Junkyard Dawgs” defense. He later coached at both Vanderbilt and Georgia and retired this past April as a Georgia FCA Regional Director after 20 years in the position.

“It’s the last award I’m going to get from high school and it’s a good way to write my legacy,” Martin added.

Ringgold senior Sam Garrard was the runner-up and earned a $500 scholarship and the organization’s Perseverance Award, named for Dub Goff.

Goff was a standout running back on the 1964 Davis High School (now Dade County High School) Class C state championship team. Goff was later injured while serving in Vietnam, but survived his injuries.

“It’s just a huge deal and I’m extremely honored,” said Garrard, the Ringgold High salutatorian, who played football and ran track with the Tigers. “I’m very thankful to have been around such great people in high school and to be involved with a great organization like FCA that really kept me grounded in high school and helped me keep my priorities straight.”

Garrard was a football team captain and was a co-captain with his school’s FCA chapter. He has been accepted into the biosystems engineering program at Auburn.

“To be honored by (FCA) and just to know that I was involved, really makes me feel good and satisfied with my high school career.”

The seven seniors up for the awards were all named as FCA Christian Athlete of the Year winners from their respective schools.

Chattooga’s Hamilton Ratliff played tennis for the Indians, was captain of his school’s FCA chapter, was in his class’ top 10 percent and was voted Best All-Around at CHS. He will attend Kennesaw State.

LaFayette’s Devin Henderson ran cross country and track and played soccer for the Ramblers. He was the senior class president, Mr. LHS, a member of the top 10 percent and will run cross country at Bryan College.

Ridgeland’s Kaitlyn Nunley was a cheerleader and soccer player and assisted with numerous community service projects during her time as a Panther. She will be on the cheerleading team at Shorter.

Trion’s Bryana Whitaker played soccer for the Lady Bulldogs and was also involved in FBLA and theater. She served as a peer tutor for the Trion Elementary School and will Mercer as part of the neuroscience program.

“We have a tremendous group of winners this year from seven of our high schools,” Spradlin added. “Congratulations to each of you. You’re all winners and I know that your families that are there with you are so proud.”