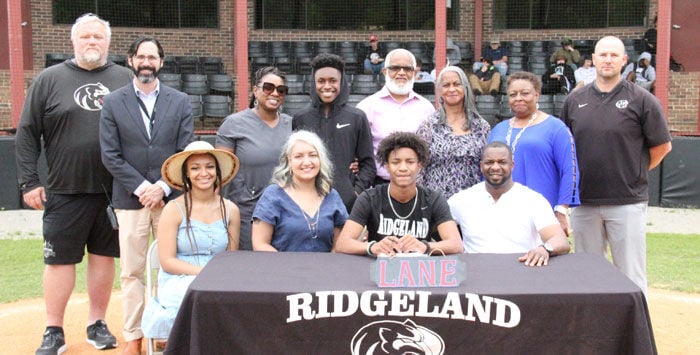 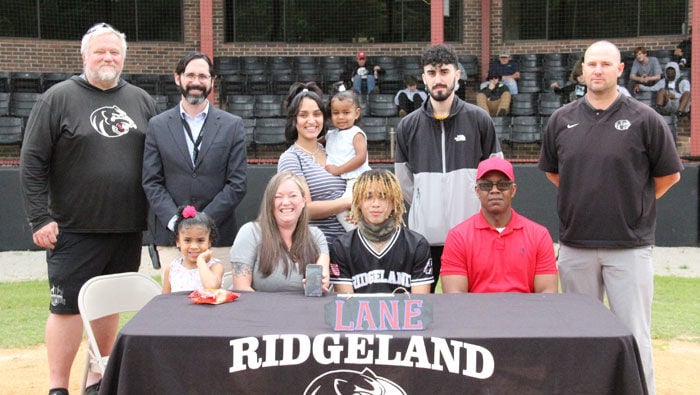 A pair of former Ridgeland Panthers will be taking their games to the college level as recent graduates Nate Davis and Jordan McLin (Class of 2021) recently signed on to play at Lane College.

The two lifelong friends and teammates said they were both excited about their futures.

“It means a lot,” Davis said. “I’m going to get to fulfill my goal of playing college ball, something I’ve dreamed of since I was little. I’ve been playing ball since I was about three and (to sign from) this program means a lot. This program holds a special place in my heart, being a Ridgeland Panther. I just thank everybody for supporting me here and pushing me to be the best me I could be.”

“It means a lot having everybody come out here and support us,” McLin added. “It’s been a long journey. I’m just really happy because I always wanted to accomplish my dreams. I want to thank God, my mom and my dad, my sisters and everybody else who has supported me for the past four years.”

Lane College, located in Jackson, Tenn., is an NCAA Division II member and a member of the Southern Intercollegiate Athletic Conference (SIAC). The Dragons have a local connection with LFO alum Trey Silmon, who is now an assistant coach with the Dragons.

“We reached out to (Trey) earlier this fall,” Ridgeland head coach Scott Harden said. “Both (Nate and Jordan) had stressed that they wanted to go to college and we kind of showed them the route and what they needed to do. We got a hold of Trey and it just seems like a good fit for both of them. We know they’re going to be well taken care of.”

Davis said Silmon played a big role in him making his decision.

“He’s like a big brother to me,” he explained. “I know that he wants me to do my best and he wants to support me and I feel like their program will be a great fit for me, coming from where I’m coming from. I just want to go up there and play ball and succeed.

“I’m going to be a hard worker. I’m going to bring hard work, a good mindset and just (be) a great kid. I’m someone that’s going to come up there, put their heart into the game and give it their all.”

“It just makes me happy to be there on campus,” he added. “I’m just going to bring my talents and all my skills and (I) hope to help bring them a championship.”

Harden said in talking to the Lane coaches, they believe both players will have a chance to make an impact right away as the Dragons will be losing several players to graduation after this season.

“They’re excited to get them,” Harden added. “It’ll be tough to replace both of them here, but Lane is going to play them both in the outfield and they even mentioned (about) Jordan playing some first base for them as well and maybe even doing some pitching. They also think Nate might could potentially be a leadoff hitter for them. I thought that was awesome (for them) to be thought of like that even before they got up there.”

McLin said he plans to major in business, while Davis said he is still considering business and engineering, though he added that he is leaning towards business.