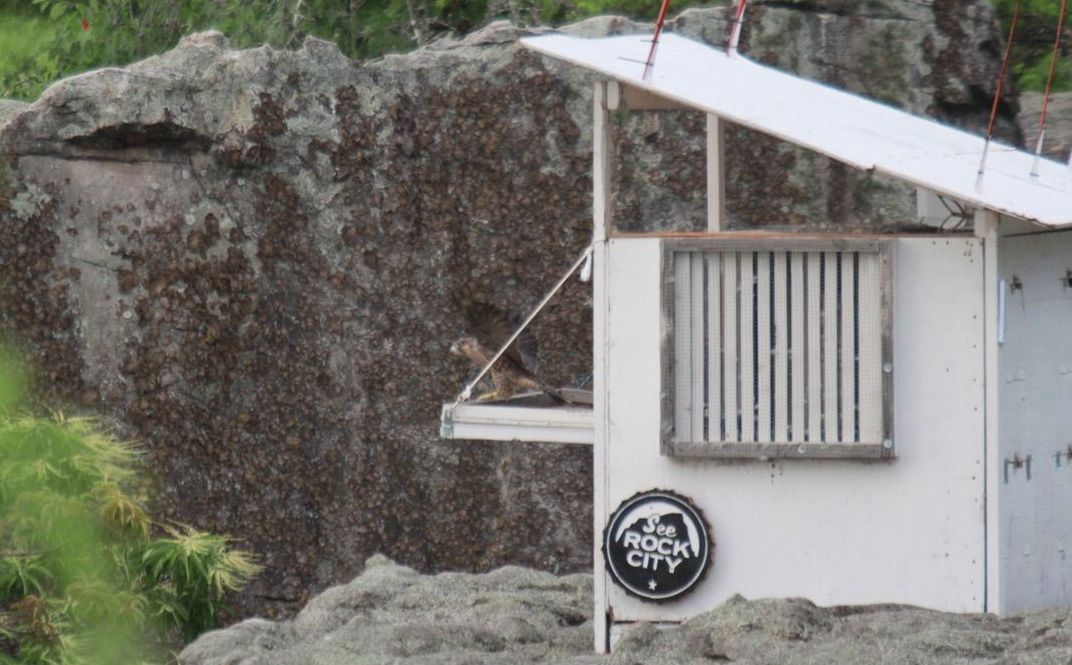 Georgia prepares to take flight during her June 19 release at Rock City. 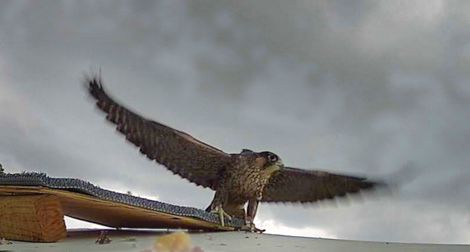 Georgia returns to the hack box at Rock City. 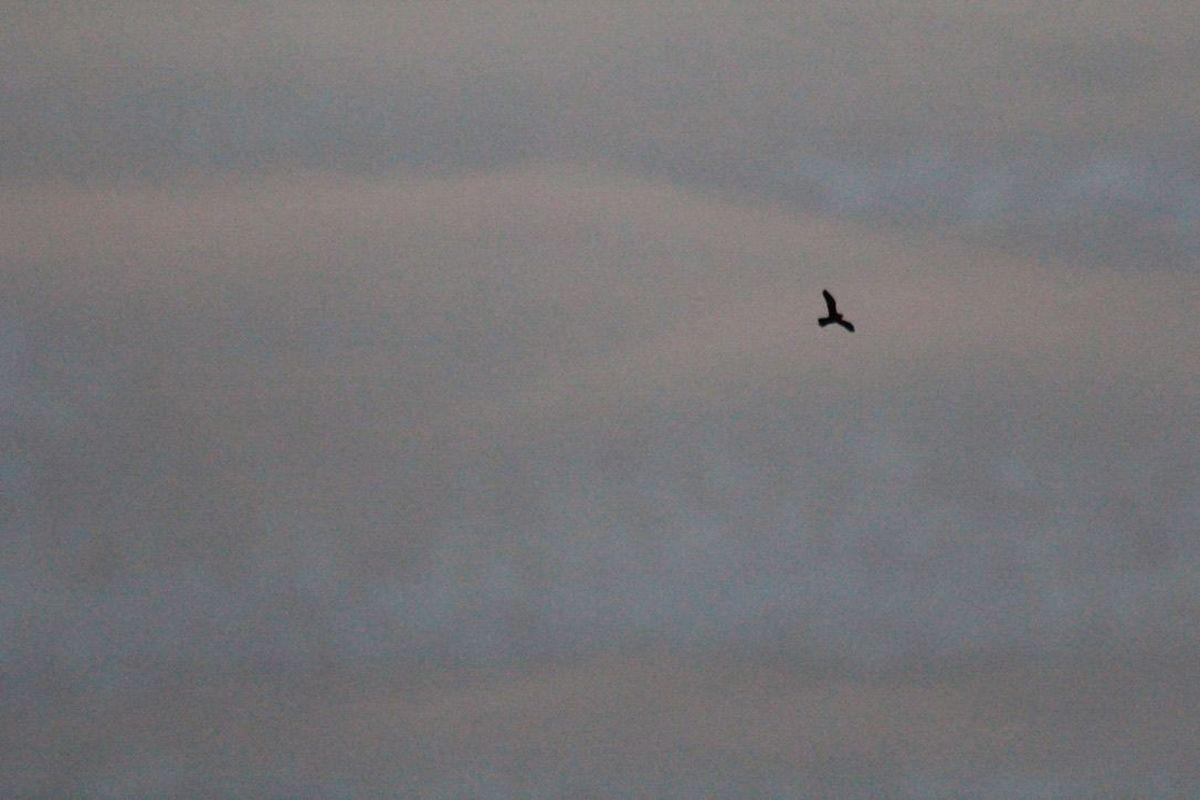 Georgia prepares to take flight during her June 19 release at Rock City.

Georgia returns to the hack box at Rock City.

Two peregrine falcons recently released at Rock City have been tracked in the area and reportedly are doing well.

The sibling falcons were released June 19 from Rock City’s hack box. The male bird, named Gnomeo, flew at 6:31 a.m., minutes after the hack box was opened. The female, Georgia, waited until approximately 2 p.m. to take her first flight. The pair hatched May 2 and came to Rock City from a Minnesota breeder.

The release is part of Rock City’s continuing its partnership with Wings to Soar in an ongoing peregrine falcon restoration project to reestablish the breed to this region.

“It is the male that establishes the nesting territory,” said John Stokes with Wings to Soar. “So, if we want peregrines to nest in the area again, we need males to return here. Apparently, there are enough females in the region for the males to recruit. But the state of Georgia also wants us to release some females for different bloodlines.”

The female is equipped with satellite telemetry allowing her movements to be tracked anywhere in the Northern Hemisphere.

This is the eighth pair of birds and tenth peregrine release from the hacking site, bringing the total number of birds released to 18 since the project’s inception in 2006.

Viewers can watch the birds live from the hack box anytime on the webcam feed at www.seerockcity.com/birds.

Rock City Gardens is continuing a legacy of environmental efforts, sustainability and land conservation. Rock City, high atop Lookout Mountain is just six miles from downtown Chattanooga, Tennessee. A consistent stewardship program has preserved Rock City Gardens as a showcase of more than 400 different wildflowers and plants native in the mountain area.